Kirsten Chamberlin from the Alberta Pandas women’s hockey squad is the U SPORTS Female Athlete of the Month for February 2020. 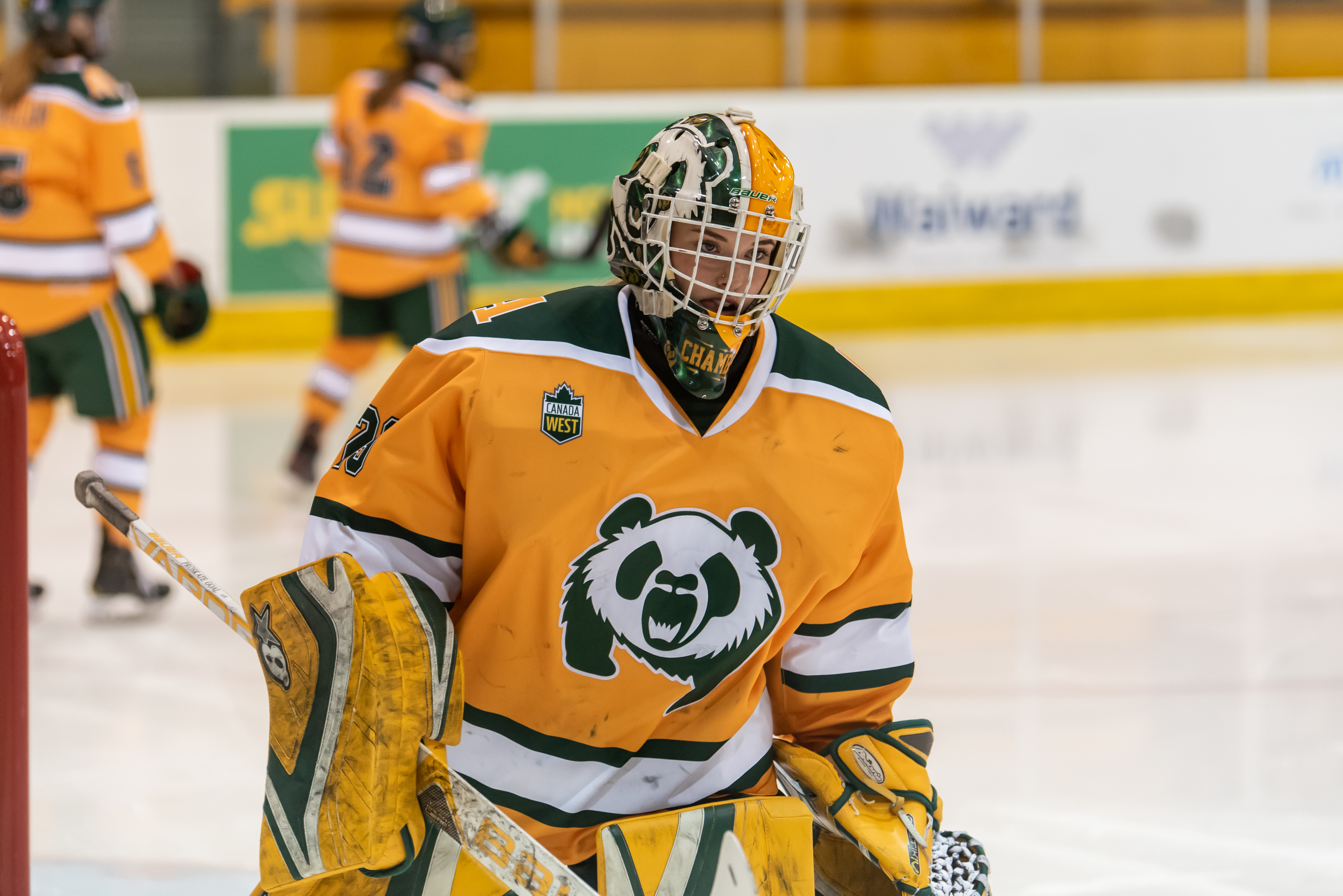 A fourth-year goaltender from Cochrane, Alta., Chamberlin stopped 92 of the 93 combined shots she faced, to propel the Pandas to their 14th conference title. Over four playoff games, Chamberlin turned aside 78 shots in sweeps over UBC and Mount Royal, registering a 0.17 goals-against average and four shutouts.

The science major’s efforts helped Alberta qualify for the U SPORTS Championship, which was ultimately cancelled due to the ongoing COVID-19 pandemic.