For 48 years, Olga Hrycak has excelled in a world surrounded by men, paving the way for women’s basketball coaches across North America. But the retired legend does not consider herself to be a pioneer or trailblazer “I am a human being that loves the sport and (am) very passionate about it,” said Hrycak. 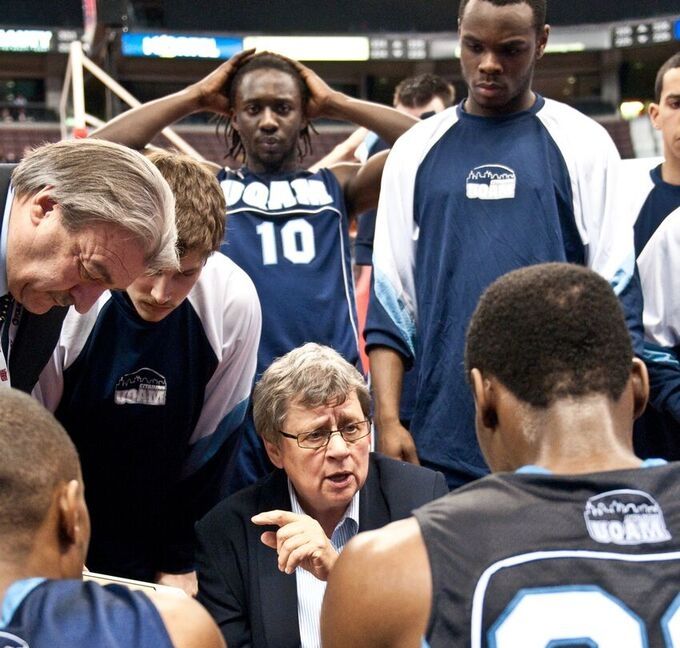 “I have been fortunate enough to acquire the knowledge and have a good relationship with my players,” she added, noting she once cut San Antonio Spurs centre Joel Anthony while coaching at Dawson College. A pioneer for female coaches throughout her career, Hrycak made North American basketball history in 2003 when she was hired as the inaugural bench boss of the Université du Québec à Montréal (UQAM) Citadins, becoming the first woman to coach a men’s team at the university level in Canada or the United States.

Hrycak made her debut on the sidelines at l’École secondaire Holy Names in 1967 while still attending Université de Montréal and competing as a student-athlete for the Carabins women’s team. Winning her first-ever championship as a bench boss is one her of fondest memories.  “When I won my first city championship, in the morning I had buried my dad,” she said.

She made the leap to the CEGEP level in 1979, coaching the Champlain College Cavaliers until 1988, winning one title along the way. But it was with Dawson College Blues where she made Canadian Collegiate Athletic Association (CCAA) history, with nine championships in 15 years.  She was also named Quebec college Coach of the Year six times and CCAA Coach of the Year twice. “Winning championships and getting awards in a man’s world is (special),” Hrycak said. “I feel proud that they would recognize me in that type of situation.”

From 1984 to 1987, Hrycak reached another career milestone, serving as assistant coach with the Canadian national men’s team under legendary bench boss Jack Donohue at the Los Angeles 1984 Olympics.

Last month, she received the biggest highlight of her career, becoming the first Quebec head coach to be inducted into the Canadian Basketball Hall of Fame. 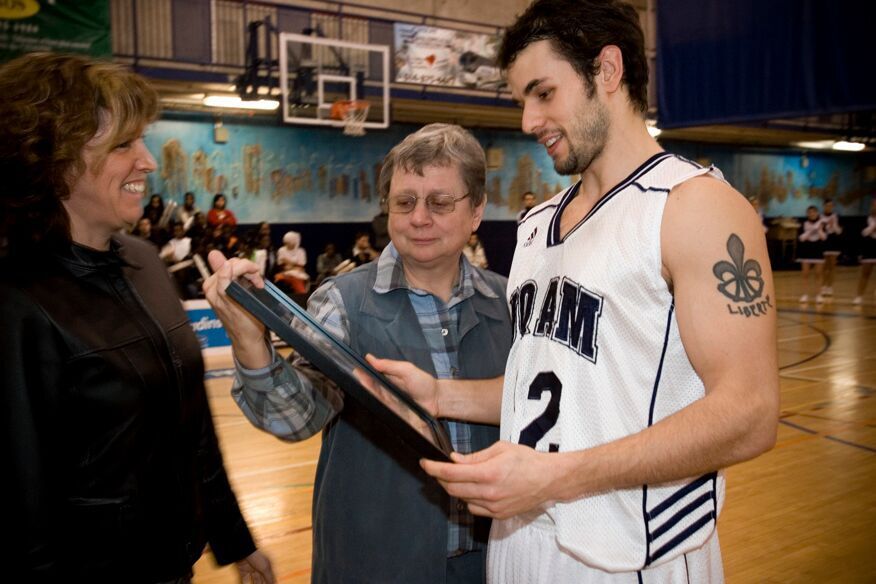 “You’re memorialized in history as my family put it,” Hrycak said. When Hrycak retired in 2015, Nate Philippe was named her UQAM replacement. “Coach Olga Hrycak is a legend and a pioneer in university basketball in Canada. It has been an honour to follow in her footsteps and build on the foundation she laid at UQAM," said Philippe, who was recently hired as head coach of the York Lions, after two seasons with the Citadins. "Long before (San Antonio Spurs assistant coach) Becky Hammon and (Sacramento Kings assistant) Nancy Lieberman worked NBA sidelines, Coach Olga blazed a trail for all female coaches to follow.”

For Hrycak, her legacy is not about how many championships or awards she has won but rather teaching the next generation of basketball players and coaches. “I like to develop players as I am teacher at heart,” said Hrycak, who spent 35 years as a physical education teacher and religion consultant for the English Montreal School Board. “I like to use basketball as a means of education.”