When Stephanie Turgeon was recognized as a U SPORTS Academic All-Canadian, she took to social media to post the official digital component of her award.

“It is super easy to share,” says the Université de Montréal Ph.D. student. “I just had to click on the Facebook icon, and (the badge) was shared automatically on my wall.”

With that easy click, the cross country and track and field student-athlete was able to inform her friends and family about her significant accomplishment—that she is a varsity athlete with an academic average of above 80 per cent—while simultaneously creating nearly 100 Facebook reactions.

This was the vision of Graham Brown, U SPORTS President and CEO, when he decided to pursue the U SPORTS digital awards with Basno Inc., the company who creates the online badges.

We’re trying to be forward thinking, trying to do innovative things for our student-athletes to recognize them.

“One of our four pillars is, in fact, recognition,” says Brown, adding that the traditional aspects of U SPORTS awards, such as hardcopy certificates and formal ceremonies and banquets, such as this week’s BLG Awards recognizing the U SPORTS Athletes of the Year, will continue as usual. But with this new online approach, student-athletes will now be able to engage the digital world more easily and effectively. 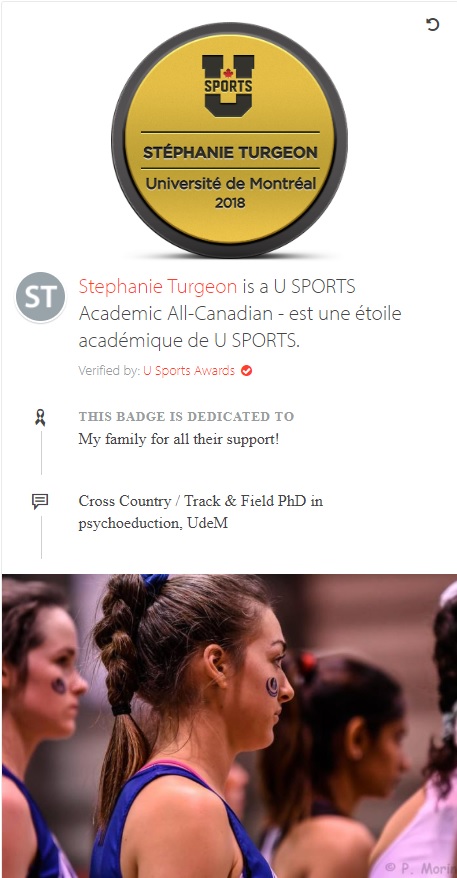 “We’re trying to be forward thinking, trying to do innovative things for our student-athletes to recognize them,” continues Brown. “Some athletes are probably shy to say they’re an Academic All-Canadian or any award recipient for that matter.”

But as sharing the new awards essentially takes just the press of a button, “You’re simply putting that little recognition on your LinkedIn (or other social media) accounts without being brash or, sort of, bragging about it.”

Gordon McLaughlin, a soccer player from Acadia University, is an example of that modest attitude Brown describes.

“I think I told my mom...that was pretty much it,” says the second-year student, recalling the time that he was awarded the Academic All-Canadian title. 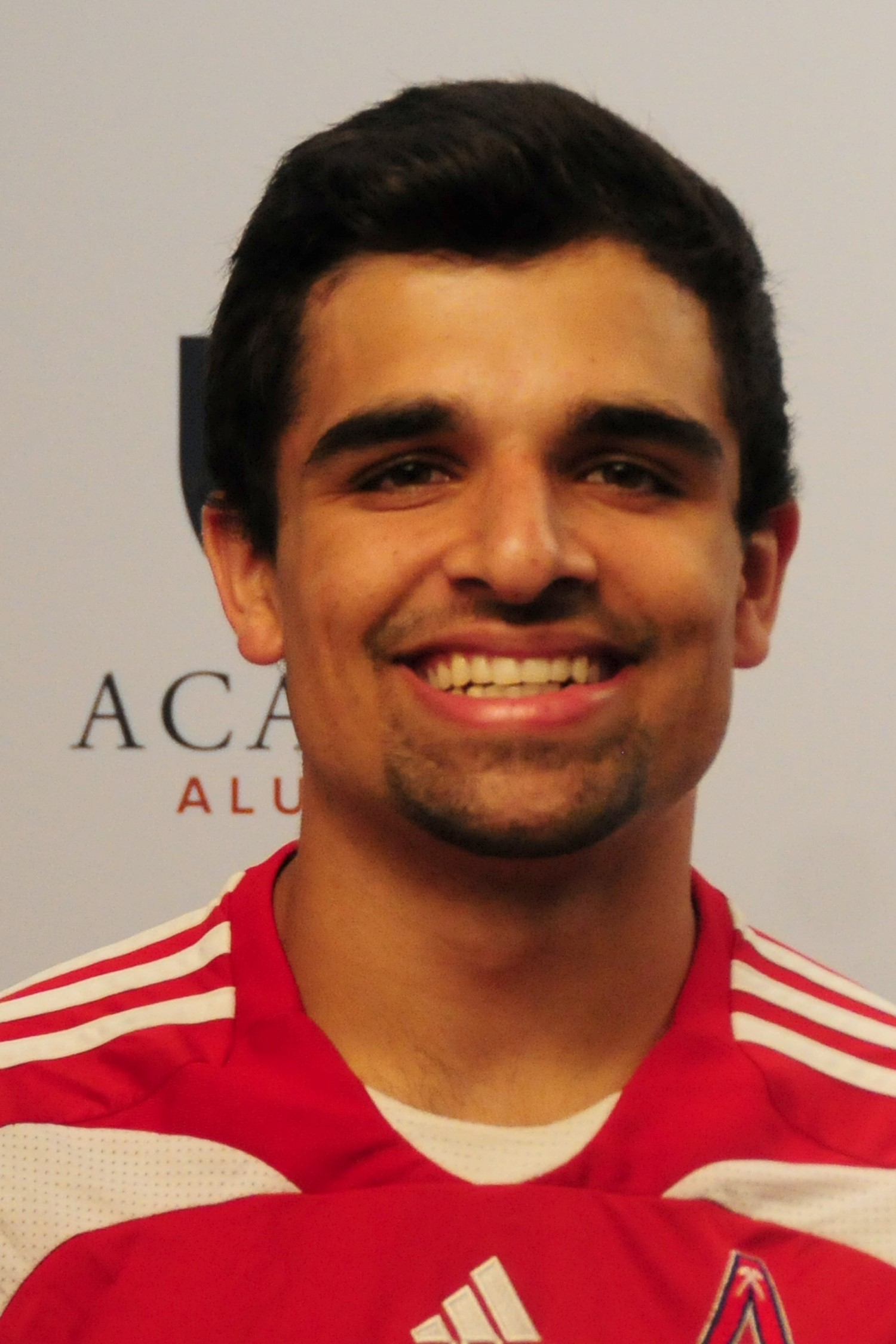 In addition to his mother, though, McLaughlin decided to post his Basno digital award to his LinkedIn profile —a move that will show future employers and career professionals that he is successful both in the classroom and on the pitch.

“It didn’t take too long. (I) logged into LinkedIn and there it was,” he says. “This is really a great thing to have.”

The U SPORTS digital awards, which were established in 2017, aren’t just beneficial for humbly sharing accomplishments on social media.

Turgeon says that sharing her achievement on Facebook was predominantly for the benefit of her lab group, as she and her classmates like to inform their followers about who the students are and what they’re working on.

Basno Canada partner Kevin Albrecht says that fostering a path for easy online engagement like that of Turgeon’s thesis group was a priority. 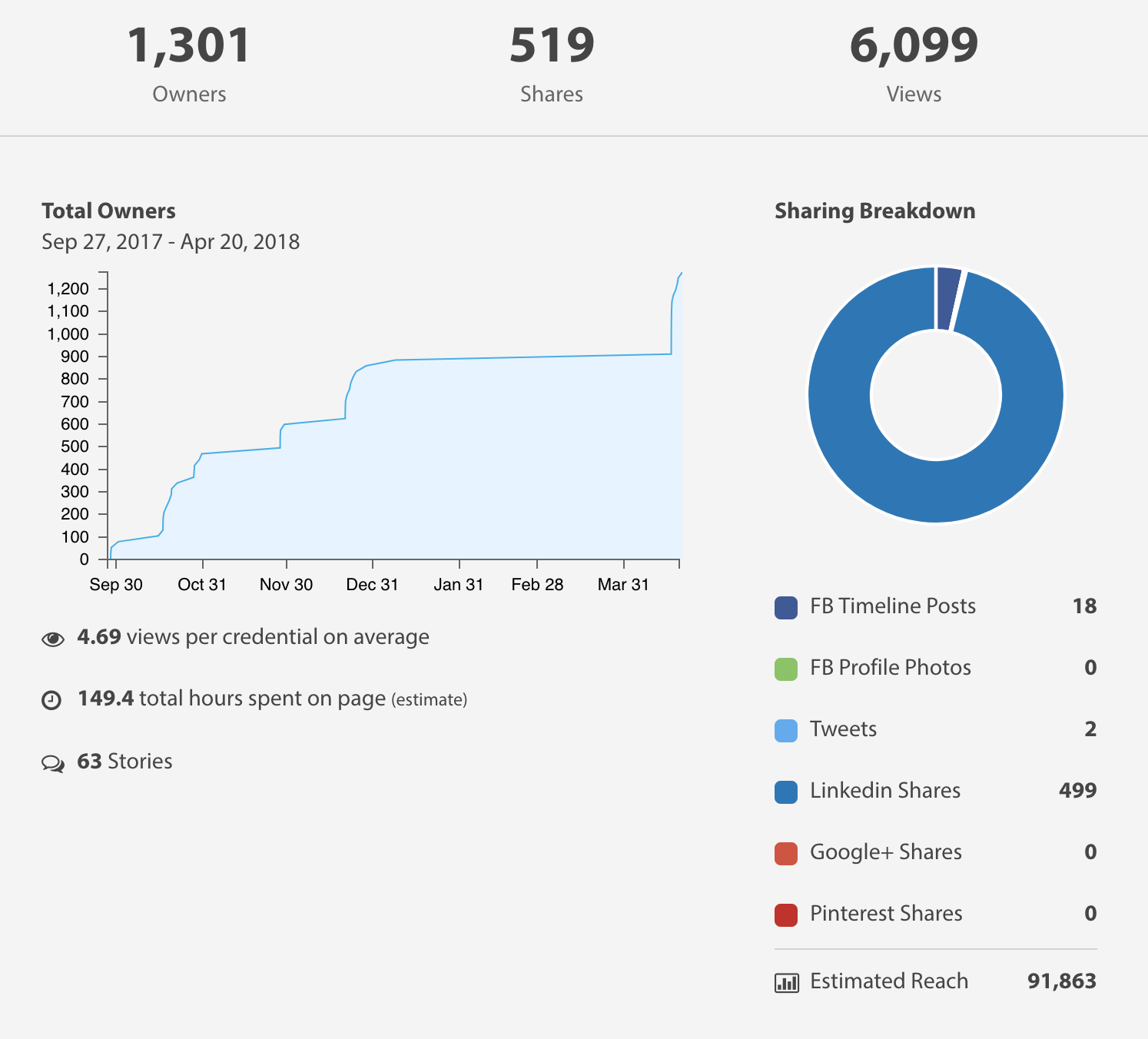 “With the world going digital, it just made sense,” he says.

However, Albrecht cautions that in today’s digital landscape, anyone can post unverified information. For potential employers, it can be difficult to decipher what’s real and what’s fake on a resume. But with Basno, the legitimacy of the badges can be easily checked, as they are owned by U SPORTS and are connected to U SPORTS’ official page on the Basno website.

“Millennials pretty much live their lives on social media,” says Albrecht. “They want to share their awards and their successes, and this really is a secure and verified method (to do that). (When posting on platform like LinkedIn), it really makes them stand out from the crowd…to the recruiter or human resources person.”

Along with that authenticity, Brown says that the new digital badges add an element of order and organization.

“I really couldn’t tell you where my certificates are, because you just pack them up or you don’t frame them,” says the U SPORTS President and CEO. (With this new initiative), they never actually lose their Basno profile…This sort of gives them this historical recognition.”

U SPORTS’ new digital awards boast several benefits, along with being very easy to use.

“It was a fun process,” says Turgeon, who was one of the first recipients of the online badge. “Using technology makes it way easier to share. So, definitely it’ll give better visibility to student-athletes.”