Decorated swimming coach Byron MacDonald, reporter Jason Hills, and long-time athletic director Dick White were honoured Monday night at the BLG / U SPORTS Honours Awards Gala for their contributions to university sports in Canada as part of the 2018 U SPORTS Conference and Annual Meeting in Vancouver, B.C.

MacDonald took home the Jean-Marie De Koninck Coaching Excellence Award, while Hills earned the Fred Sgambati Media Award and White was honoured with the Austin-Matthews Award at the awards ceremony, held at the Chan Centre for the Performing Arts.

Click here for past U SPORTS Honours Award Winners. 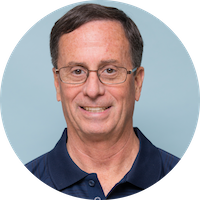 Byron MacDonald took home the Jean-Marie De Koninck Coaching Excellence Award, which honours since 2007 an individual who has made an outstanding contribution to university sport as demonstrated by long-term commitment and leadership as a coach at the local, provincial, national and/or international levels. The award is named for the former swimming coach and long-time math professor at Université Laval, who also served as a swimming commentator for Radio Canada at several Olympic Games.

A fitting winner of the award and its namesake, MacDonald has been the head coach of the Varsity Blues swimming program since 1978-79 and has no plans to let go anytime soon. 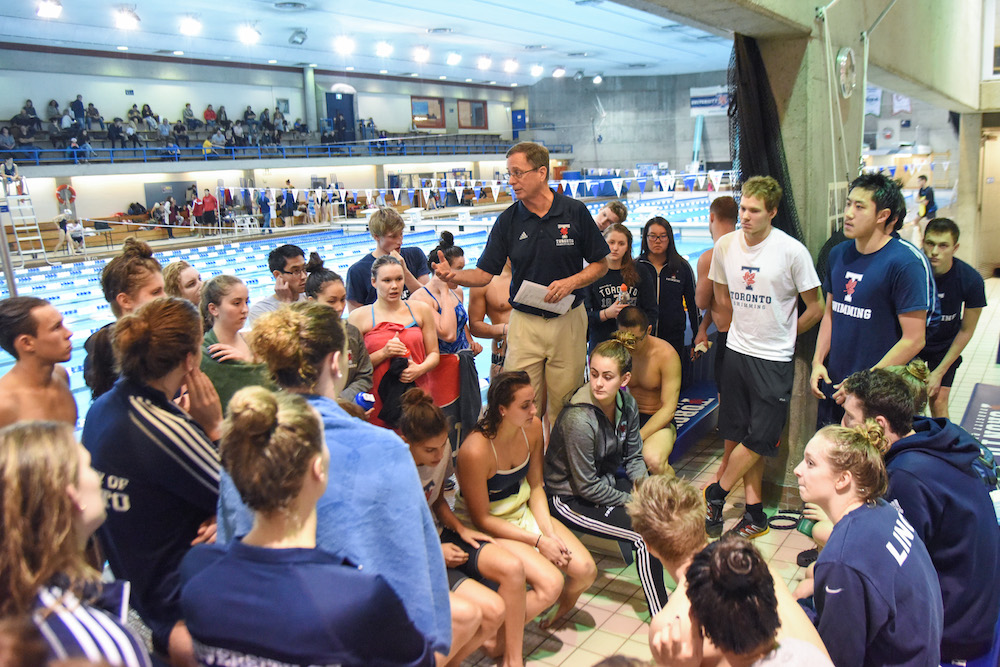 Claiming he plans to coach until at least 2024, MacDonald continues to build one of the most prolific legacies in university sport – one that has already made him one of the most successful coaches in the country.
Arguably, one of Canada’s most decorated university coaches, MacDonald has earned multiple Coach of Year awards, both at the U SPORTS and OUA level, while coaching over 200 swimmers to all Canadian status and over 70 swimmers to international teams. He has guided his teams to 58 conference championships (31 men and 27 women) and 24 national championship titles (15 women and nine men).

As an Olympic coach in 1992, he helped guide his swimmer to a bronze medal and most recently coached Blues standout Kylie Masse to an Olympic bronze medal at the 2016 Rio Games and a gold medal and world record time at the 2017 FINA world championships. He has also served as the head coach of Team Canada’s very successful FISU and Pan Pacific teams. 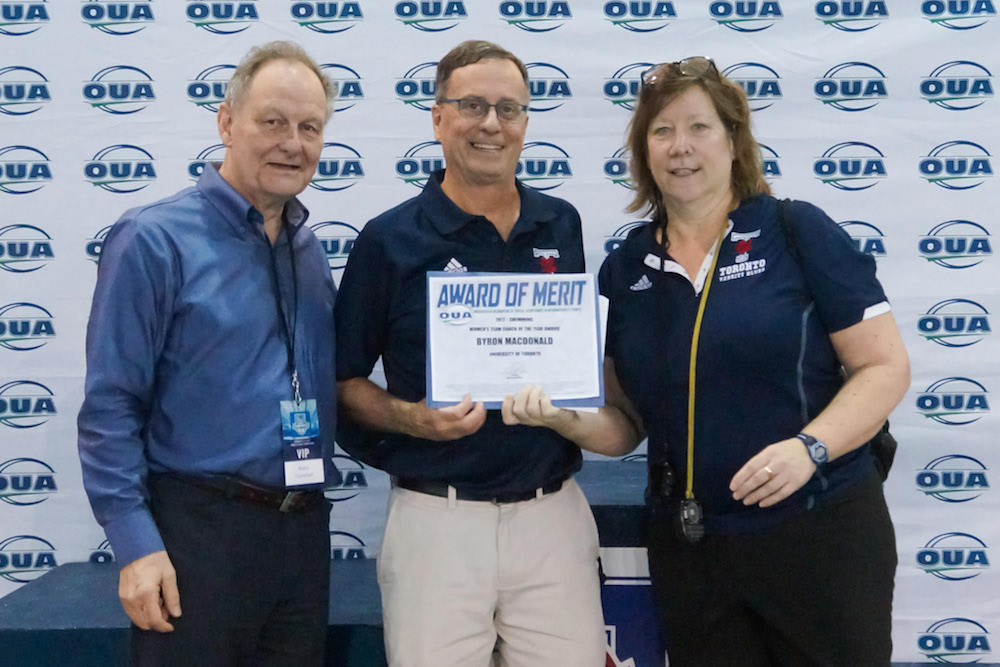 A former national team member himself, Byron was ranked top 10 in the world for five years in the 1970s and won several medals, including two golds at the 1970 Commonwealth Games in Edinburgh and placed sixth at the 1972 Olympic Games in the 100m butterfly.

Byron is a two-time Gemini Award winner for his CBC swimming coverage at the 2004 and 2008 Olympics, and most recently covered the Rio 2016 Games.

I cannot think of a more deserving coach for this award. Byron not only developed our program into one of the best in the country, he also continues to maintain its reputation year after year. He coaches student-athletes to their fullest potential in the pool, classroom and in the community. 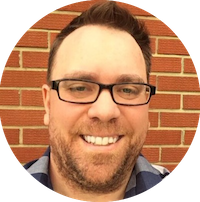 Jason Hills received the Fred Sgambati Media Award, presented to a member of the media in recognition of major contributions to the development and growth of Canadian university sport. Sgambati was a well-respected reporter/broadcaster who was a great supporter of university athletics in Canada. A former University of Toronto athlete and university football official, Sgambati was the radio voice of the Canadian College Bowl (now the Vanier Cup) for its first 13 years.

Since joining the Edmonton Sun in 2007, and the Edmonton Journal following the Postmedia merger in 2016, Hills has provided consistent and excellent coverage of local university athletics, including the University of Alberta Golden Bears and Pandas and the MacEwan University Griffins. His passion for amateur sports in a market dominated by professional sports is evident in the stories he writes, which always showcase the tremendous accomplishments of student-athletes. 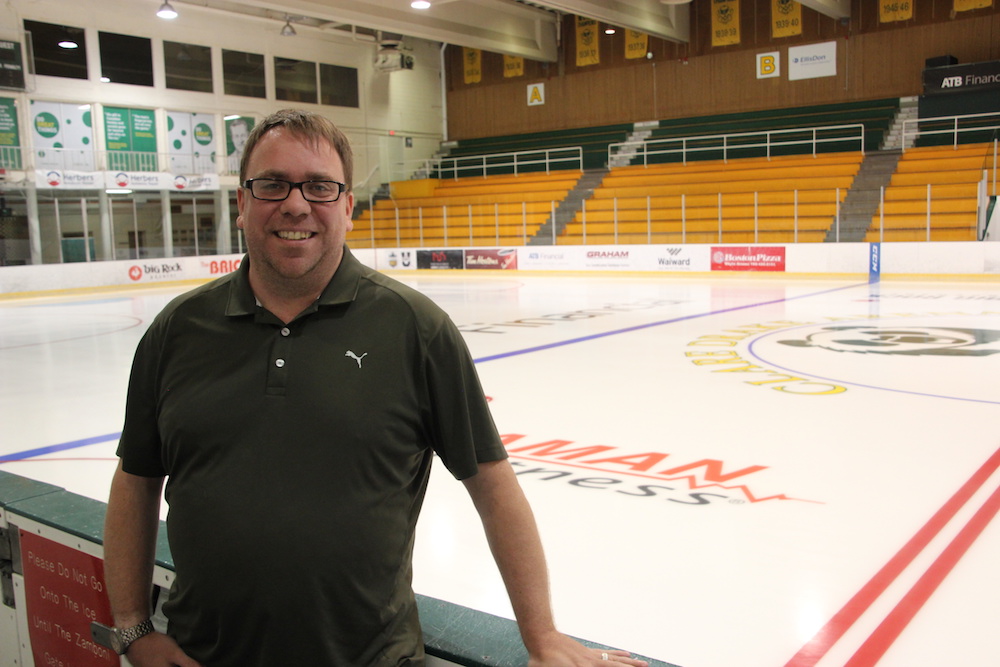 His stories range from features, to series and game previews, to game recaps and tournament coverage, often covering multiple varsity sports teams each week during the season. He has become easily one of the most reliable reporters in Edmonton, providing fantastic coverage while not showing bias towards any team or athlete.

Because of his work ethic and passion, Jason has also developed great working relationships with communicators, coaches, and student-athletes. He has become a favourite of the Golden Bears, Pandas and Griffins coaches and student-athletes, knowing that he will provide the best coverage possible.

One prime example of this came this spring, when he travelled to Halifax for the U SPORTS Final 8 Men’s Basketball Championship, then to Fredericton the following week for the University Cup Men’s hockey Championship. Jason delivered outstanding stories on both the Golden Bears basketball and hockey programs for the Edmonton Journal and Edmonton Sun. He was also asked to cover the Calgary Dinos basketball and Saskatchewan Huskies hockey teams on short notice, and without hesitation, providing coverage of both programs for the Calgary Herald, Calgary Sun, and Saskatoon StarPhoenix. 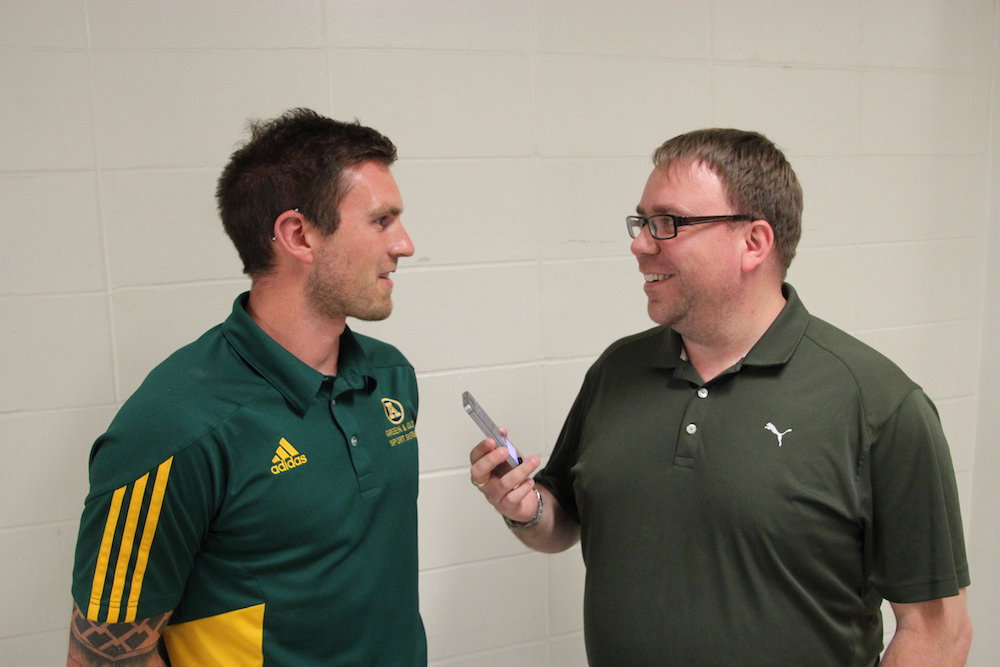 He has also spent a large part of the season covering the MacEwan Griffins, writing a handful of tremendous feature articles on Griffins student-athletes and coaches.

Despite the downsizing of the newspaper industry, Jason has consistently done a superb job at showcasing Canadian student-athletes, and is more than deserving of this award. Jason has consistently advocated for ongoing coverage of university sport in Edmonton, making sure it remains a priority for Postmedia in the market despite the challenges of short staffing and limited freelance resources.

I'm pleased Jason has been recognized nationally for his great work at capturing intriguing stories of Edmonton's excellent university athletes. It's great to showcase a variety of sports and personalities from the city's two universities in both the Edmonton Journal and the Edmonton Sun thanks to Jason's keen eye for news. 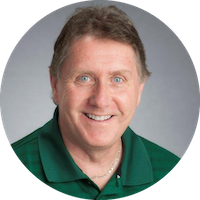 Dick White merited the Austin-Matthews Award, presented annually to an individual who has made an outstanding contribution to interuniversity sport, as demonstrated by long-term commitment and leadership as a coach, director, chairperson and/or executive committee member at the local, provincial and/or national levels.

The award is named in honour of Dr. Patricia Austin and Dr. Arnold Whitney Matthews, former faculty members at the University of Alberta of University of British Columbia, respectively. Dr. Austin developed the first undergraduate concentration in adapted physical activity in Canada while Dr. Matthews later became president of the Men’s Athletic Committee at UBC.

White started his involvement with Cougar Athletics in 1981 and worked as an administrative assistant and as an athletics coordinator from 1981 to 1988 before taking over in his current role in 1995. 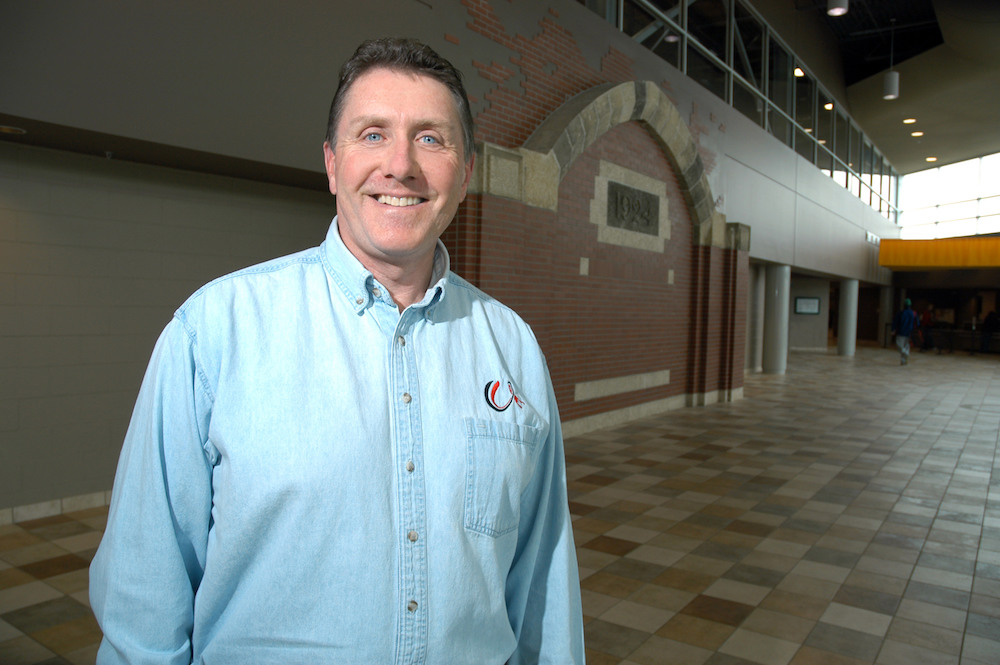 Under his leadership, the University of Regina athletics department grew from six varsity teams to the current total of 16. White was instrumental in bringing U SPORTS football to the U of R with a community partnership model that saw the junior Regina Rams join Canada West prior to the 1999 season. The school also added men's and women's cross country, women's hockey, women's soccer, men's and women's swimming, men's and women's track and field, and women's wrestling during White's tenure at the U of R.

White has also held numerous positions at both the conference and the national level, including as president of Canadian Interuniversity Sport from 2005 to 2009 and once again during the 2013-14 season. He also served as president of the Canada West Universities Athletic Association for two years and as a chef de mission for Team Canada at the 2005 Winter Universiade in Innsbruck, Austria.

In 2014, White retired as the University of Regina's director of athletics after dedicating 34 years of service to the university.

For close to three decades, Dick White has been instrumental in the extraordinary development of the athletics programs at the University of Regina. He has shown tremendous commitment to our University and to our students, and has played a major role in the academic and athletic success of countless students.”