Each spring, two names are called at the annual U SPORTS Athlete of the Year Awards, representing the highest honour a Canadian student-athlete can take home.

Last June in Vancouver, B.C., it was Montreal Carabins volleyball player Marie-Alex Bélanger on the women’s side. On the men’s, it was Laurentian basketball player Kadre Gray.

Both are star athletes in their field. Bélanger led the country with 3.98 kills per set — her fourth time taking the record in her five years of play. Gray led the country in assists with 141 and was second in total points with 488, points per game at 24.4 and free throws made at 140.

Sport provides this context in which student-athletes should be growing leadership skills.

But each student-athlete is more than just stats. Both are leaders amongst their teams and athletics programs, as are their predecessors in their respective titles, and more Canadian student-athletes across the country beyond the final eight nominated on Tuesday for the ceremony, too. 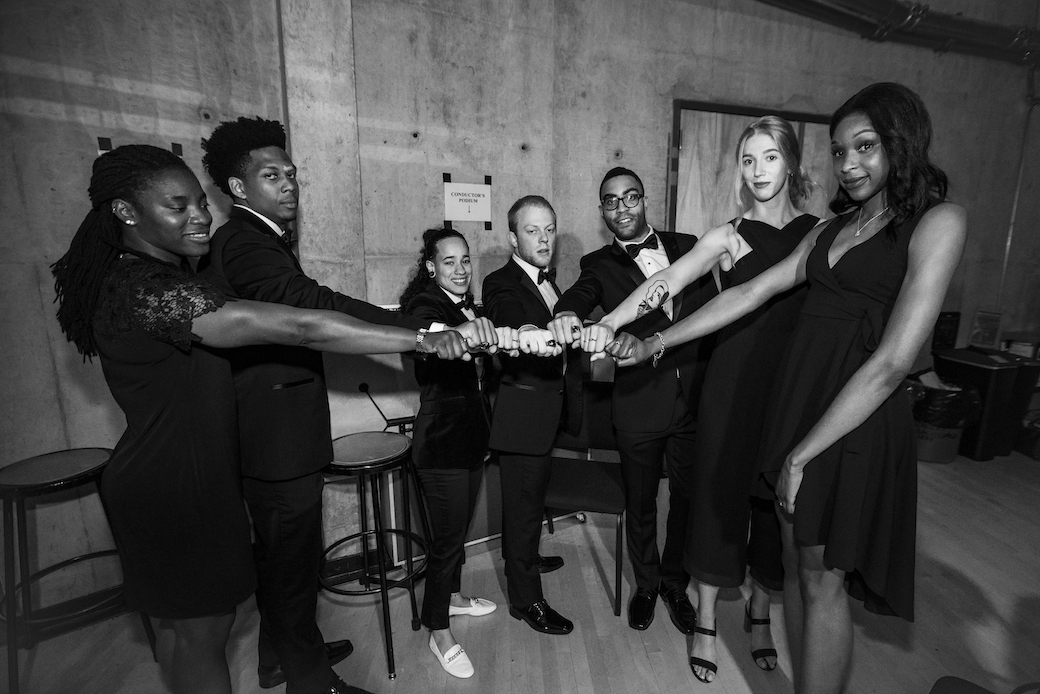 Event founders Doug Mitchell and Her Honour the Honourable Lois Mitchell, the Lieutenant Governor of Alberta, have seen a plethora of athletes like Gray and Bélanger take home the Athlete of the Year titles since establishing the event in 1993 — in what was then known as the Howard Mackie Awards and more recently as the Borden Ladner Gervais (BLG) Awards, after the Canadian law firm headquartered in Calgary. Both have also watched these athletes flourish into their own leadership roles both inside and outside of their sport.

For the Mitchells, the student-athletes represent some of a university’s most forward-facing leaders. It’s that understanding that has brought the awards ceremony into its newest chapter: the U SPORTS Lieutenant Governor Athletic Awards.

Heading into its 27th edition on May 1 and 2, the event will both highlight the country’s finest student-athletes with an official awards ceremony and support their growth with newly-added leadership training. The leadership program will be led by Dr. Cari Din, an Olympic silver medallist and leadership behaviour instructor in the Faculty of Kinesiology at the University of Calgary.

It’s a chance to prepare these amazing what we call leaders — on the court, on the ice, on the field — prepare them...to be amazing people, which is what they already are in life.

The event is also being held in Calgary, back where it all began over a quarter century ago. Though this time, it holds new meaning.

For Lieutenant Governor Mitchell, the new phase of the award ceremony compliments a reality of student-athlete life: a forefronted leadership role on campus and a chance to readily reflect on your own purpose both within a university and beyond. Once understood and harnessed, that purpose can be beneficial to a person’s path, wherever it takes them beyond their school jerseys. 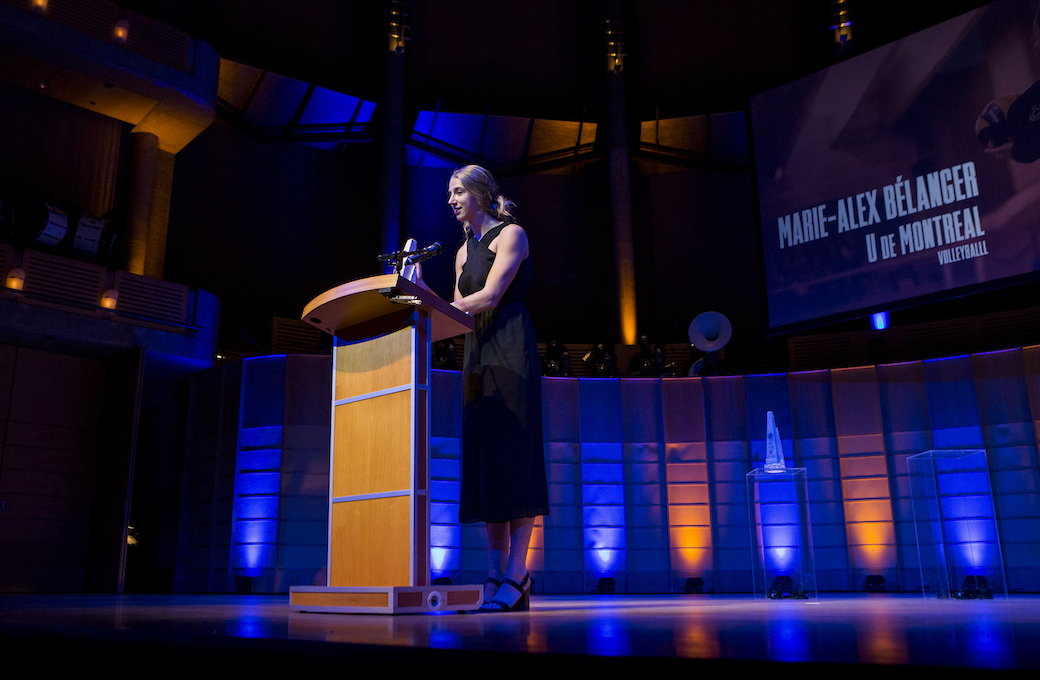 “It doesn't matter what realm you're in. If you're interested in other people — you care about other people —you can do anything,” Lieutenant Governor Mitchell says. “You can switch from being a star (athlete) to anything that you need to, because you are stopping thinking just about yourself.”

For Dr. Din, that learning comes far beyond a textbook, and student-athletes have the unique opportunity to actively embrace and reflect on what it means to be a leader throughout their university careers.

And yet, though the event continues to grow and impact its award winners, its core values still hold true. For Doug Mitchell, BLG national co-chair, philanthropist and UBC Thunderbird football alumnus, the program is essential to highlighting the incredible people involved in university athletics in Canada — an athletic community that tends to survive outside of the limelight. 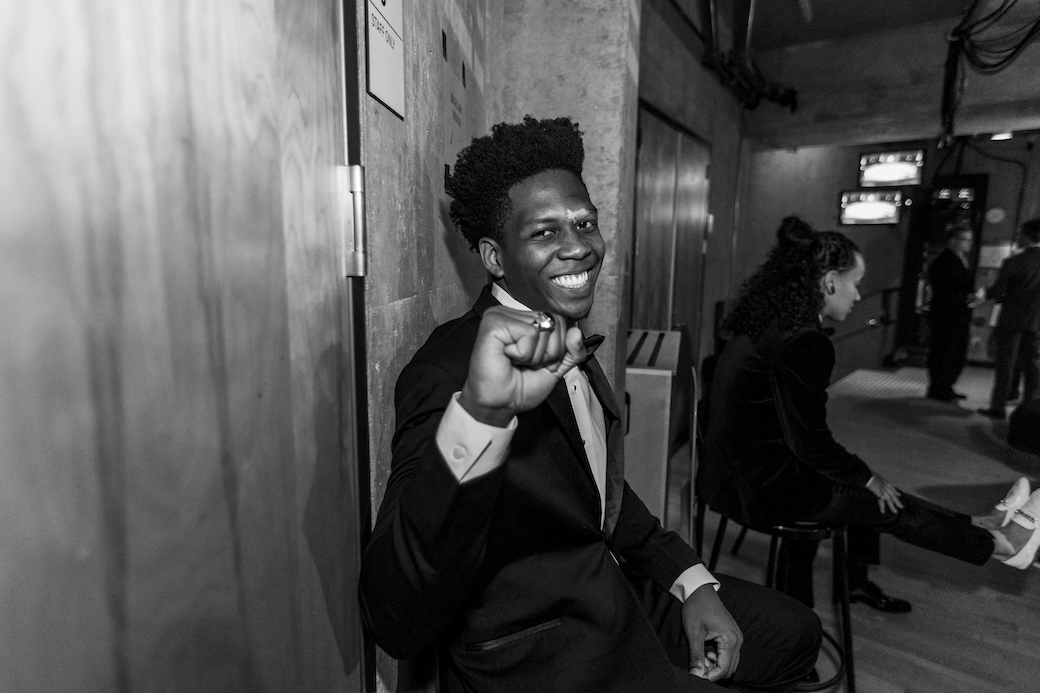 In all, the event is a chance to celebrate, highlight and promote not only sport, but the faces behind sport — and the future each student-athlete represents, be that wearing their school colours or more.

“It’s a chance to prepare these amazing what we call leaders — on the court, on the ice, on the field — prepare them...to be amazing people, which is what they already are in life,” Lois Mitchell says.