James Fraser of the Thompson Rivers WolfPack men’s soccer team and Giulia Geraci from the Western Mustangs women’s soccer squad are the U SPORTS Male and Female Athletes of the Week for the period ending Sept. 2, 2019.

After having an opening week bye, the WolfPack opened the Canada West men’s soccer season at home and were led by forward James Fraser. The native of Penticton, B.C. scored four goals in two matches to take over the league lead in goals.

Fraser had the lone goal in a tie with the defending CW champions from UBC.  He followed that up with a hat trick against Victoria.

Fraser and the Pack hit the road this weekend, as they visit the Trinity Western Spartans and the University of Fraser Valley Cascades on September 6-7th.

The Western Mustangs had a productive weekend up north in a pair of matchups against the Algoma Thunderbirds, with Giulia Geraci headlining the high-octane output of the purple ponies.

In the ‘Stangs first game of the OUA season, Geraci got right to work, as the third-year midfielder poured in a hat-trick in the opener. In fact, Geraci netted the first three goals of the game – ultimately accounting for half of her team’s production in the game – earning her first two within the opening six minutes before adding her third tally in the 23rd minute of the opening half. 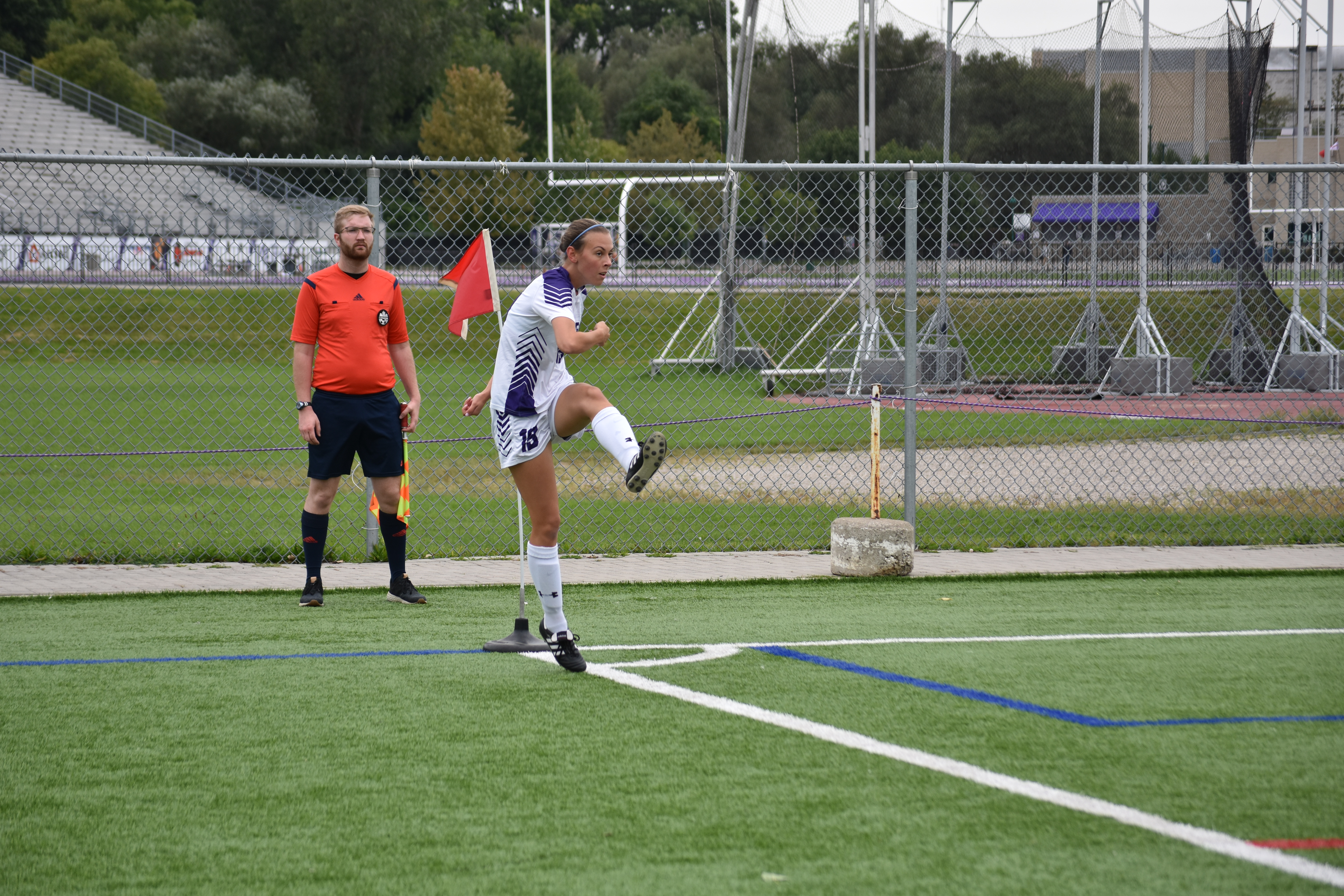 While she didn’t quite bulge the twine to the same degree in the team’s encore meeting, she was still able to add to her early league-leading total on Sunday. Geraci provided the team’s second goal of the game in the 82nd minute off a feed from teammate Alyssa Rizzo, sparking a stretch of three Mustang goals in just eight minutes.