Waterloo quarterback Tre Ford, Bishop’s linebacker Liam Patton and Ottawa defensive back Kevin Victome are the U SPORTS Football Players of the Week, for the period ending October 13, 2019.

All winners move on as the U SPORTS nominees for Canada’s Players of the Week against nominees from the Canadian Junior Football League (CJFL). Winners are selected via a social media poll on Football Canada’s channels.

The Waterloo Warriors and Wilfrid Laurier Golden Hawks went toe-to-toe in the latest Battle of Waterloo in what was one of the most entertaining university football games in recent memory. And while things didn’t work out for the former, Tre Ford did all he could to give his team a fighting chance.

It is well known that Ford can do damage both in the air and on the ground, but he may have outdone himself in showing off his dual-threat capabilities on Thursday. The reigning OUA MVP stuffed the stat sheet against their crosstown rivals to the tune of 351 yards in the air (27-for-43), another 135 on the ground (16 attempts), and a combined five touchdowns for the black and gold.

After going down 12-0, Ford found Ternowski on a 52-yard connection early in the second quarter for his first passing touchdown, which he then followed up in the following quarter with a five-yard strike to Gordon Lam. From there, Ford showcased his proficiency on the ground, turning in a nine-yard score with four minutes to play to tie the game, a four-yard scamper to open up the scoring in the first overtime, and an eight-yard major to even things up at 47-apiece in the second extra frame.

A second-year linebacker from Thornhill, Ont., Patton led the Gaiters with 7.5 tackles (six solo and three assisted) in Bishop's 23-15 win over the Saint Mary's Huskies Friday night in Lennoxville, Que.

He also had a sack for a loss of eight yards in the Gaiters' victory. With the win, Bishop's (4-3) is now in sole possession of second place in the AUS standings. 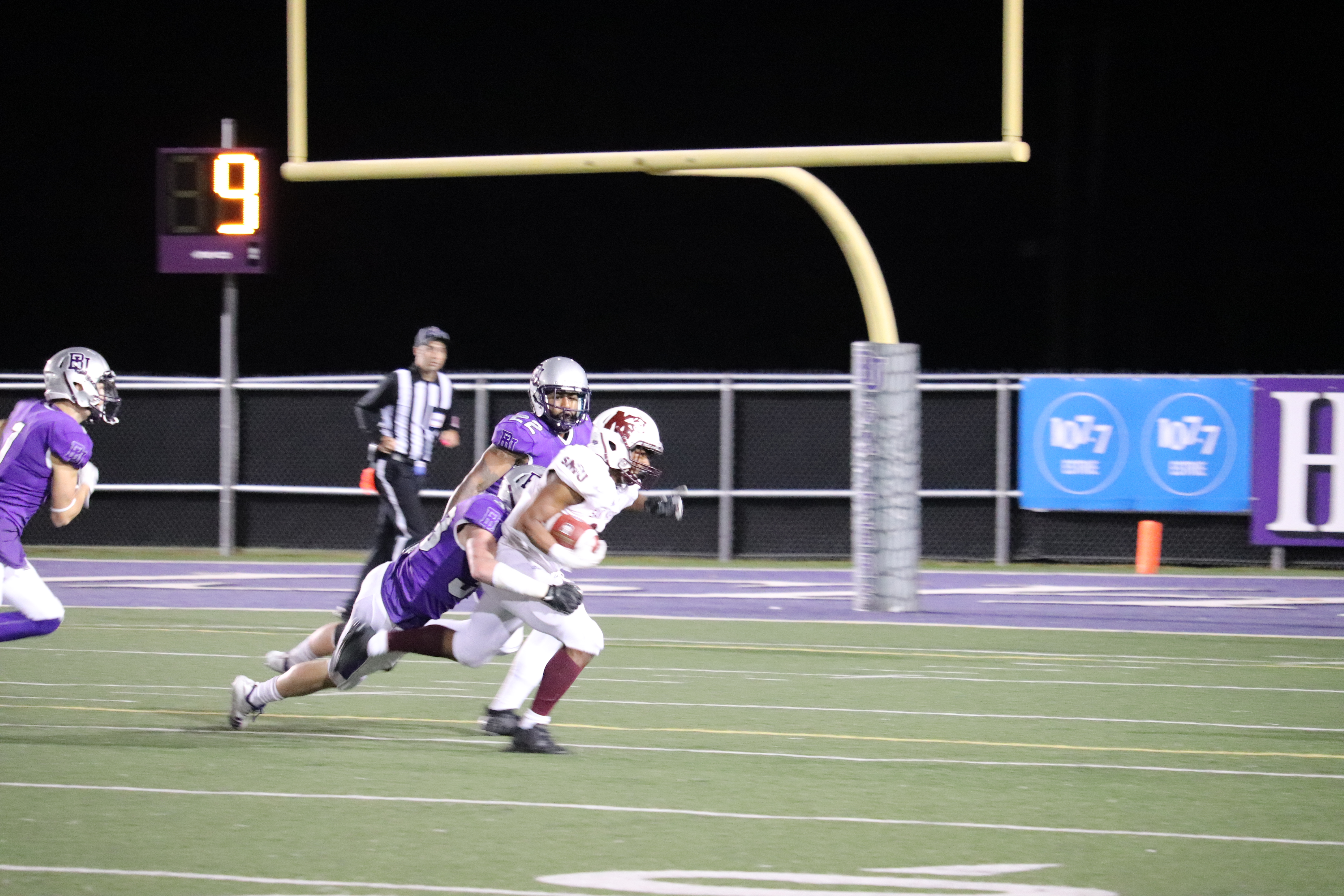 The Ottawa Gee-Gees kept their winning ways intact against Windsor on Friday, more than doubling up on the Lancers when the final whistle blew, and a key figure in the win was on the special teams side of the ball – Kevin Victome. The freshman cornerback has been off to an outstanding start to his career in Garnet and Grey and his latest effort was highlighted by a pair of plays that were a definite factor in the outcome. 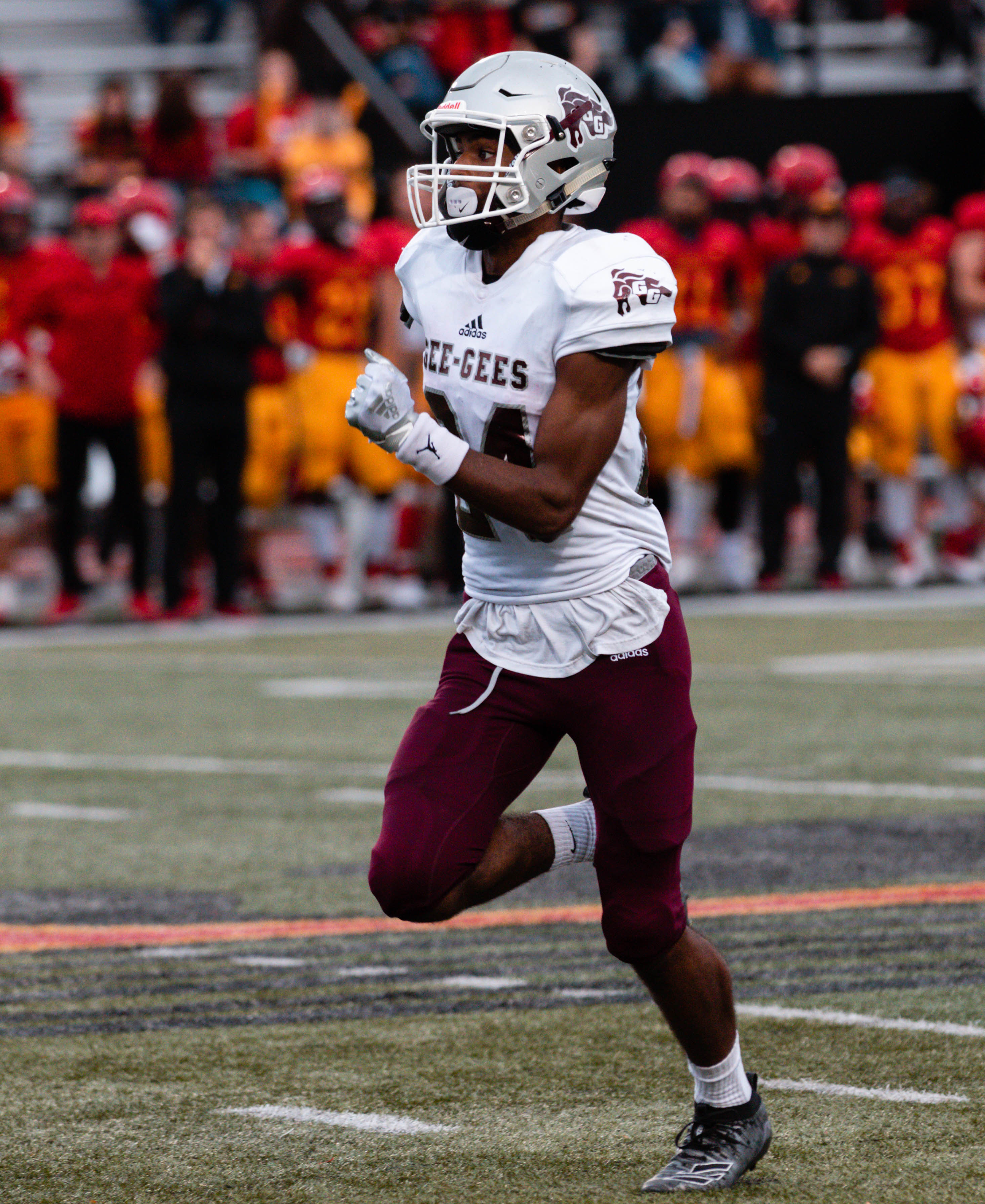 Up only one point in the third quarter, Victome flew off the edge to block a go-ahead field goal from the Lancers. If that wasn’t enough, the Ottawa native made another standout effort early in the fourth quarter. Victome sped downfield on a kickoff, laying a hit on the returner and forcing a fumble that resulted in a scoop and score touchdown for the Gee-Gees who eventually won 54-26.

For the game, Victome also racked up 4.5 tackles and a pass breakup.