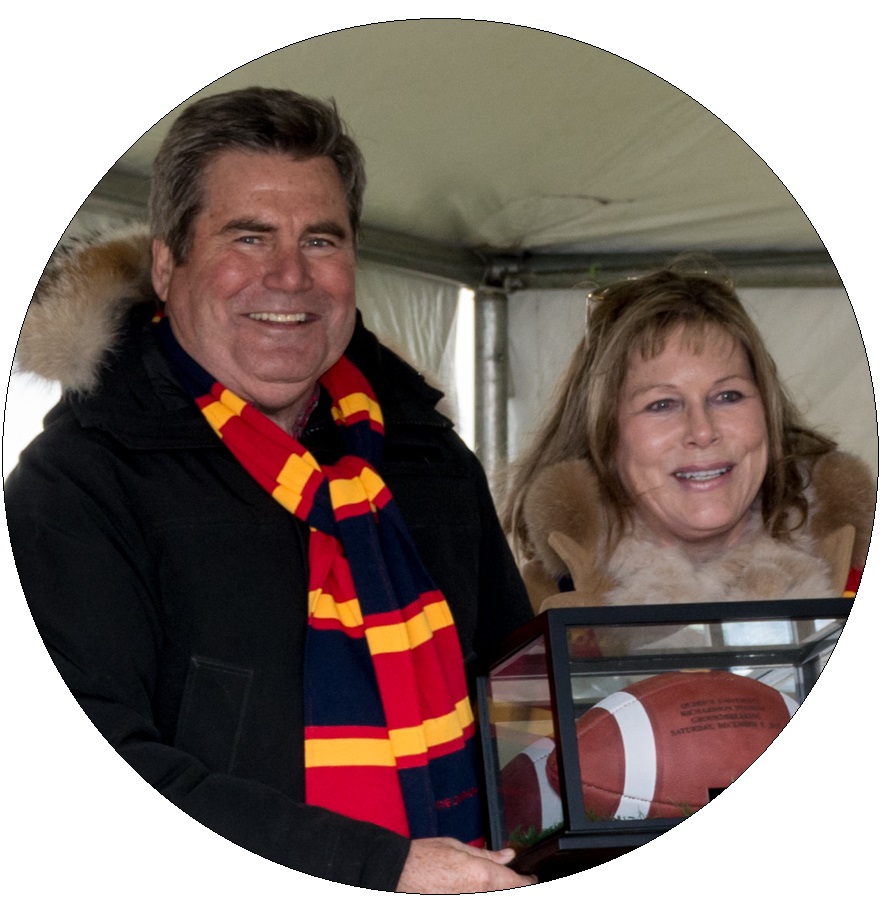 Stuart and Kim Lang are passionate advocates for the development of young people and have been supporting Queen’s University and Queen’s football since 1985, through volunteerism, mentorship and philanthropy.

As a player, Stu won an OUA Yates Cup in his rookie season in 1970, while also simultaneously playing for the Gaels men’s hockey team. Following his U SPORTS career, he was drafted to the CFL in 1974 in the sixth round by Edmonton where he won five Grey Cup titles, played in the 1976 All-Star Game and received the Canada Packers Award as the Fans’ Favourite Player. Later as coach of the Guelph Gryphons for six years, Stu led the team to a Yates Cup title in 2015 and significantly upgraded academic supports for student-athletes and created a focus on community engagement. 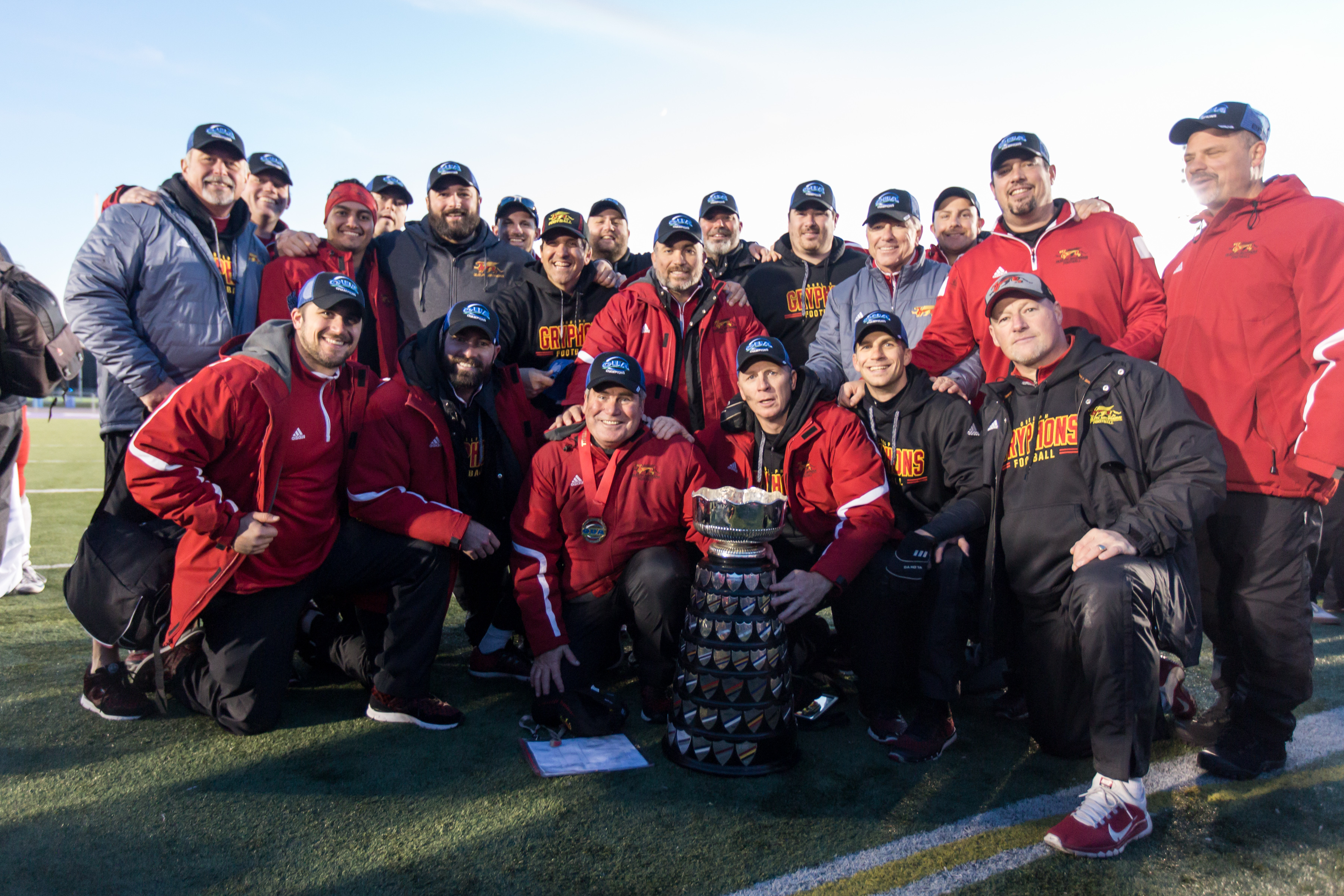 Stu was inducted into the Queen’s Football Hall of Fame as both a player (1987) and builder (2015) with Kim. Today, Stu is a member of the Queen’s Red Banner Society (RBS) Football committee and he and Kim are the visionaries that brought the revitalization of the Richardson Stadium to life. The pair made a principle donation in 2016 and again in 2021 with a commitment to completing their vision of a state-of-the-art football experience – the Pavilion for today’s student-athletes.

“Stu and Kim have been unwavering in their support and commitment to create spaces and opportunities for student-athletes to excel, hone life skills through sport and forge life-long friendships and for alumni, supporters and community members to come together to cheer on the Gaels and celebrate the important role of sport in healthy active communities. They have demonstrated that when united by sport anything is possible! And their exceptional gifts have turned a dream into a reality, and we are very grateful for their generosity.”

Kim has also been involved in the University of Guelph’s Pet Trust Board of Directors and one of their most recent gifts supports making veterinary care more accessible across the province.

Overall, Stu and Kim have been incredibly generous benefactors, supporting programs including Athletic Facilities, the Business School, and the Ontario Veterinary College. Their financial commitments support significant capital upgrades, multiple academic chairs and a wide range of scholarships, including scholarships that support students travelling internationally to do humanitarian work. 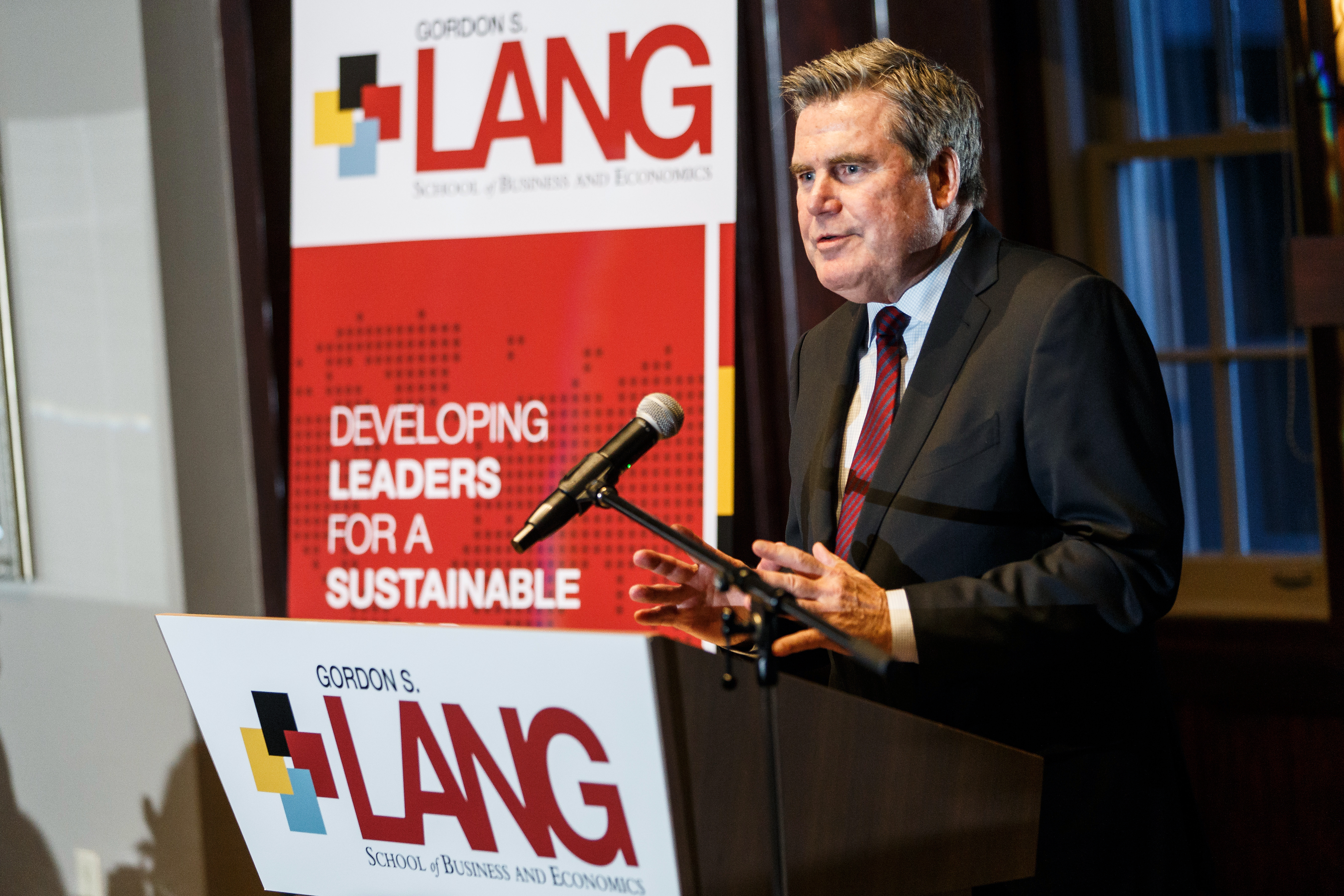 In addition to their generosity to Queen’s and Guelph universities, Stu and Kim have also supported and volunteered with a wide array of other organizations in the Toronto and Guelph communities, including the Guelph Humane Society, Elora Writers Festival, Eden Mills Writers’ Festival and Upper Canada College.

“Stu and Kim are incredibly generous supporters of our athletic program and our university as a whole. They have helped change the trajectory of Gryphon athletics and brought a passion and drive to excellence. They are passionate advocates of the student-athlete experience and the power that sport and higher education play in developing young people.”