The winners were announced virtually by namesakes of each of the awards or members of their respective families as well as the Canadian Sports Information Directors Association as part of the 2021 U SPORTS Conference and Annual Meeting. All winners will receive a commemorative ring from Baron, the Exclusive Provider of championship rings and recognition jewelry for U SPORTS. 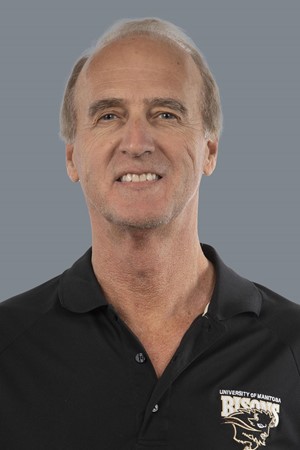 As one of the most successful and respected coaches in Canada, Garth Pischke was at the helm of the Manitoba Bisons men’s volleyball team for 38 seasons.

During his tenure as bench boss, the Bisons qualified for the U SPORTS Championship 28 times, including streaks of 19 straight appearances and 14 consecutives years with a medal. In total, the Bisons captured 23 medals (9 gold, 9 silver, 5 bronze), and never finished lower than fifth place. 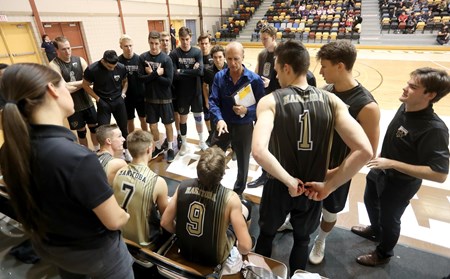 “We are delighted that Garth has been awarded the Jean-Marie de Koninck Award. It is a fitting recognition for a coaching career unapparelled in achievement and longevity,” said Gene Muller, Bisons Director of Athletic and Recreation. “He set the standard for excellence in a varsity volleyball program, and positively impacted the lives of Bison student-athletes for more than three decades. Garth earned the title of legend.” 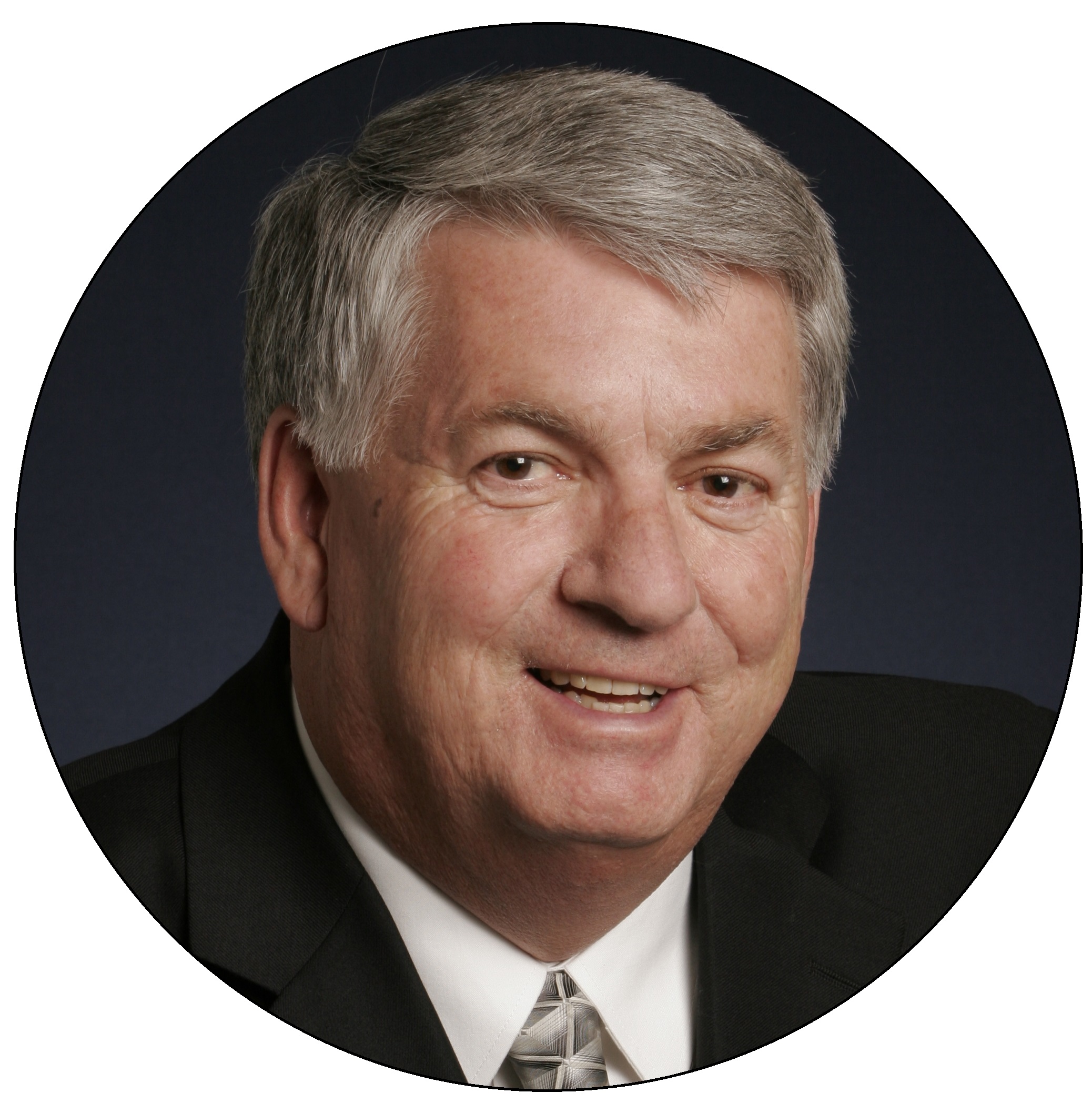 As a former dean, professor, and director of athletics in the Faculty of Human Kinetics, Dr. Boucher had an outstanding career at the University of Windsor that spanned 37 years from 1974 to his retirement in 2011.  He provided outstanding leadership for the school's athletic and recreation programs and played a central role in developing several widely respected programs in the faculty.

In his field of sport management, Dr. Boucher was considered an expert and had extensive academic and applied experience. Most notably, Dr. Boucher served as the President of the North American Society for Sport Management (NASSM) and the Canadian Intramural Recreation Association (CIRA). 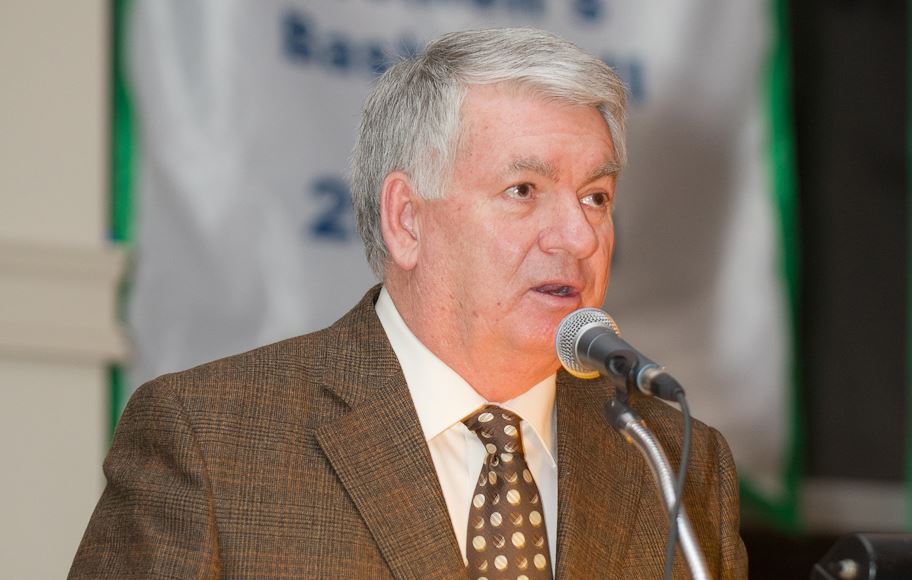 Dr. Boucher published and edited a book and authored articles that have appeared in a wide variety of academic and professional journals. He was awarded the Dr. Earle F. Zeigler Lecture Award and the Distinguished Service Award for contributions to Sport Management in 1996 by the NASSM.

“Bob was my boss, my mentor and friend. His positive influence has been felt by many coaches and colleagues at UWindsor as well by those who had the pleasure to work with him in Ontario University Athletics and U SPORTS,” said Mike Havey, Director of Athletics and Recreation Services for the Lancers. “Bob was a trusted colleague whose primary focus was always the student-athlete experience. His perspective was always that of improving the national and conference offices above and beyond any individual benefit to either himself or his institution.  He was the reasonable voice around the table that we all respected and admired.” 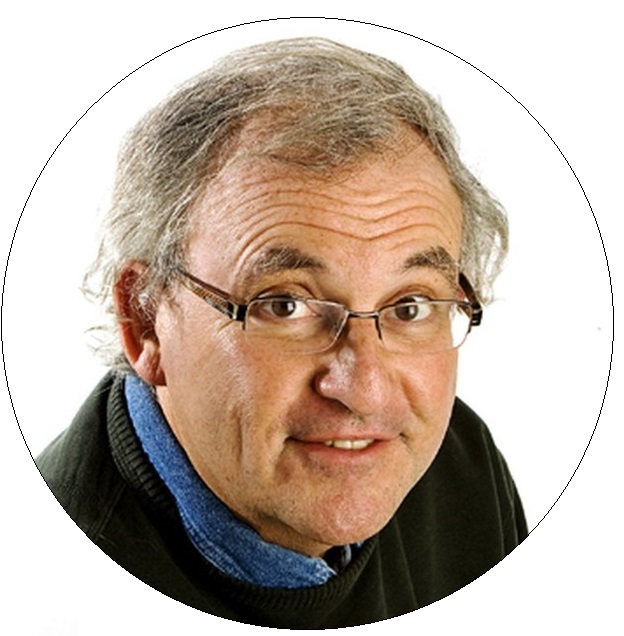 David Grossman is an award-winning journalist and broadcaster with some of Canada’s major media, having spent over four decades telling the stories of Canada’s student-athletes. 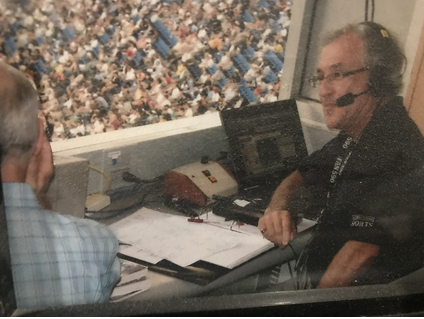 “David was instrumental in the promotion of amateur sports, the student-athletes, and the stories around them,” said Nelson Millman, former program director of Sportsnet 590 The Fan. “The station’s objective was to tell stories about the city, and David was able to find them, tell them and relate them. It was important to us be a part of the community.”

Locally, Grossman also co-hosted Hawk Talk on Waterloo’s 570 News, and has produced the Laurier Grads Soar multi-part series since 2017, featuring former Golden Hawks student-athletes and student-leaders in the Athletics and Recreation Department, and the success they have enjoyed since leaving Laurier.

“For over 40 years, David Grossman has covered the progression of many OUA and U SPORTS student-athletes, from high school, to university sport and onward to Olympic and professional levels, said Golden Hawks Director of Athletics and Recreation Peter Baxter. Laurier HawkTalk helped open the doors and set the standard for other U SPORTS institutions to create their own radio shows.” 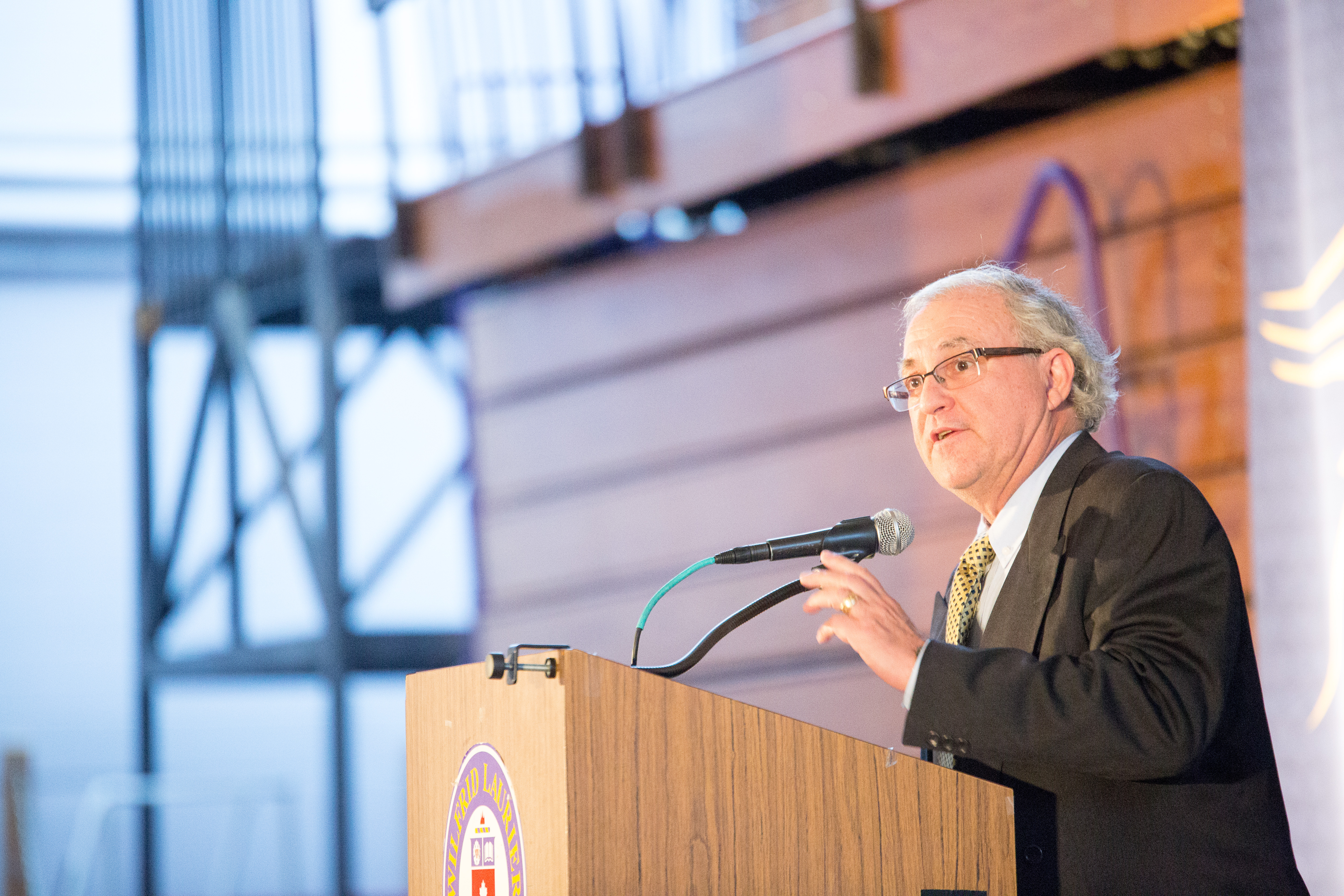 L.B. “Mike” Pearson Award (Outstanding achievements inside and outside of university sport) 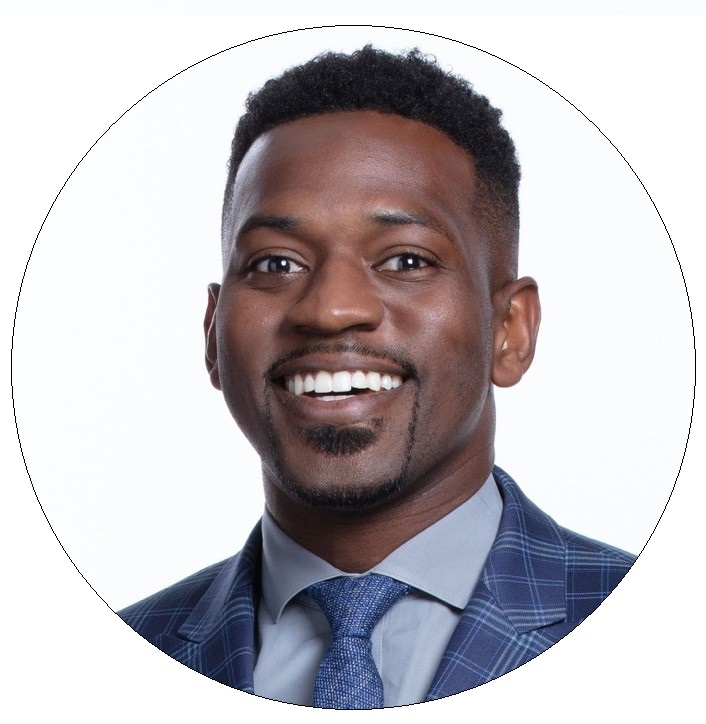 Donnovan (D.J.) Bennett is one of Canada’s leading sports broadcasters, social justice advocate and former varsity football star with the Western Mustangs from 2003 to 2006.

While he was an outstanding varsity student-athlete at Western, he is best known for his media work on theScore and Sportsnet where he has used his platform to discuss social injustice and the experience of athletes from the BIPOC communities. Bennett’s work often touches on the intersections between sports and race, politics, gender and pop culture.

He is also an advocate for equity, diversity and inclusions (EDI) and is a member of the OUA’s Black, Biracial and Indigenous Task Force. At the national level, Bennet has worked with U SPORTS in multiple areas, including serving as a keynote speaker for its Black History Month celebrations in 2021, while also serving as Chair of the U SPORTS Football Top 10 media panel since 2017. 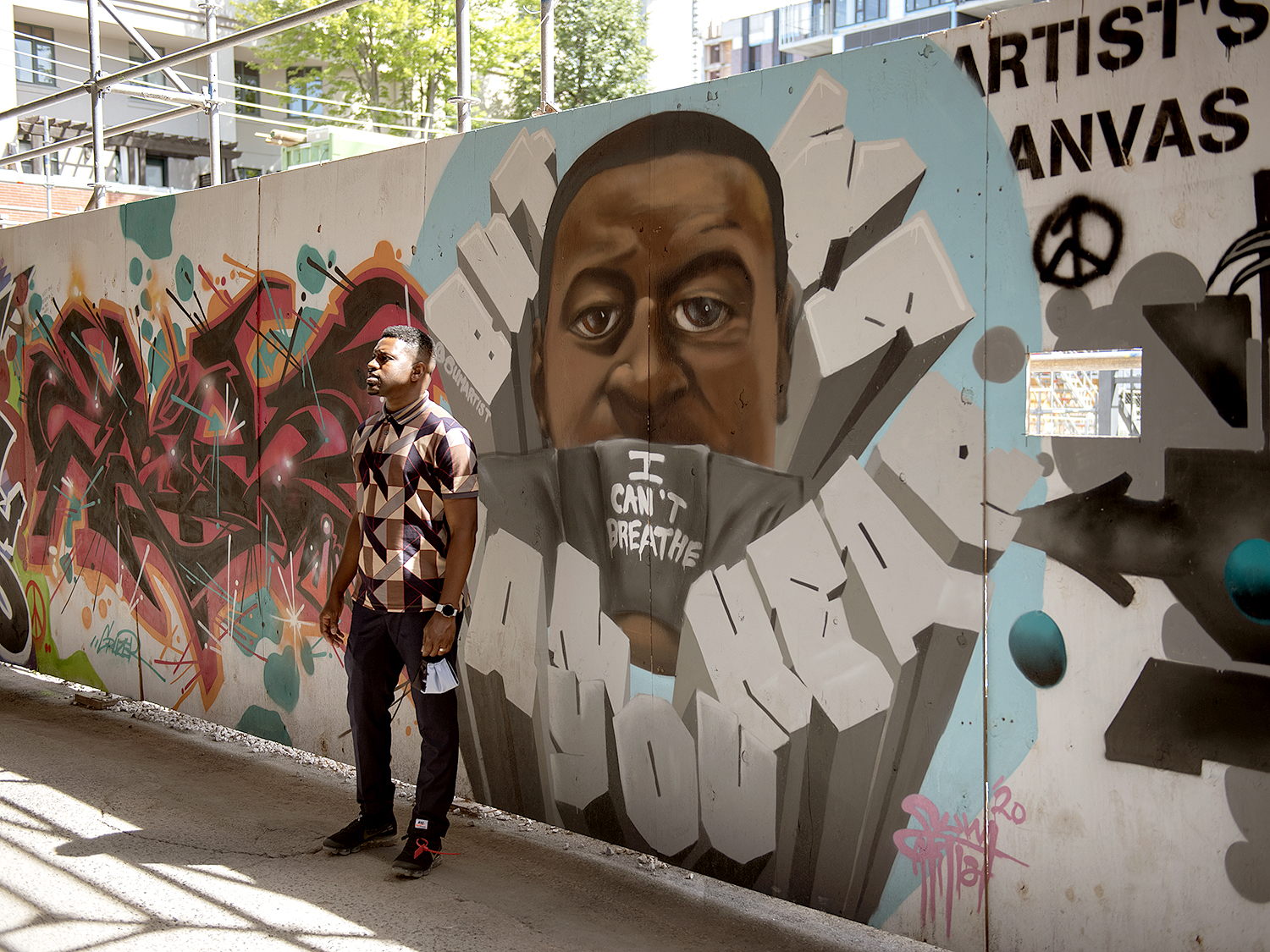 “I want to offer a big congratulations to Donnovan. He played for four years for the Mustangs and was a well-respected player and leader both on and off the field, and continues to stay actively involved with our programs as an alumnus,” said Christine Stapleton, Mustangs Director, Sport and Recreation. “He has used his experience and success in media to cover not just sports, but also important social and cultural issues, and is an incredible voice for Western University and the Western Mustangs. He is very deserving of this prestigious award.”

From 2007 through 2013, he was an on-air reporter, host and analyst for the Score Television Network where he earned a Gemini Award nomination for his “The Score Celebrates Black History Month” series.

In 2013, he joined Rogers Sports and Media where he continued to build his portfolio by continuing to tell compelling sports stories in the areas of EDI.

While at Western, Bennett won broadcasting awards named after future Sportsnet colleagues Dan Shulman and Elliotte Friedman and was a nominee for the Sgambati Award in 2014, after winning the OUA media award that season. 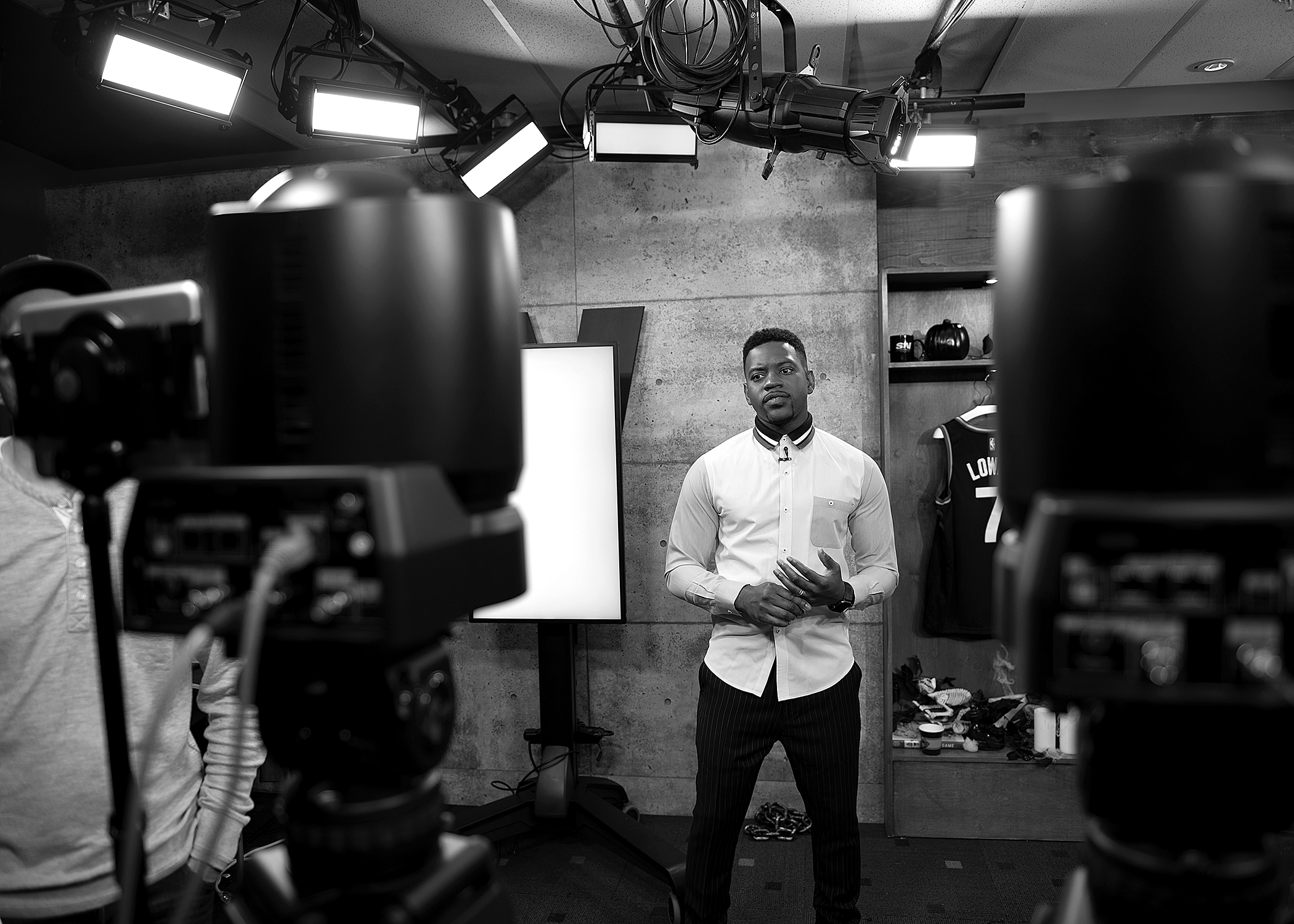 “Nobody in Canadian media continuously challenges the status quo and uses their platform to demand and celebrate social progress like Donnovan Bennett,” said Andrew Sutherland, VP Sportsnet Original Content, Marketing & Creative. “At Sportsnet, we are beyond proud to share that platform, and we are grateful for his willingness to use it for good and to challenge us to do better for all Canadians. Donnovan is an exceptional storyteller and content creator, and an even better human being. While he is truly one-of-a-kind, we can be certain he is inspiring a new generation of creators and athletes who will carry forward the fight for a brighter, kinder, and more inclusive Canada.”