Concordia Stinger pivot Olivier Roy, Mount Allison defensive back Owen O’Neal and and Sherbrooke kicker Louis Tardif are the U SPORTS Football Players of the Week, for the period ending September 26, 2021. 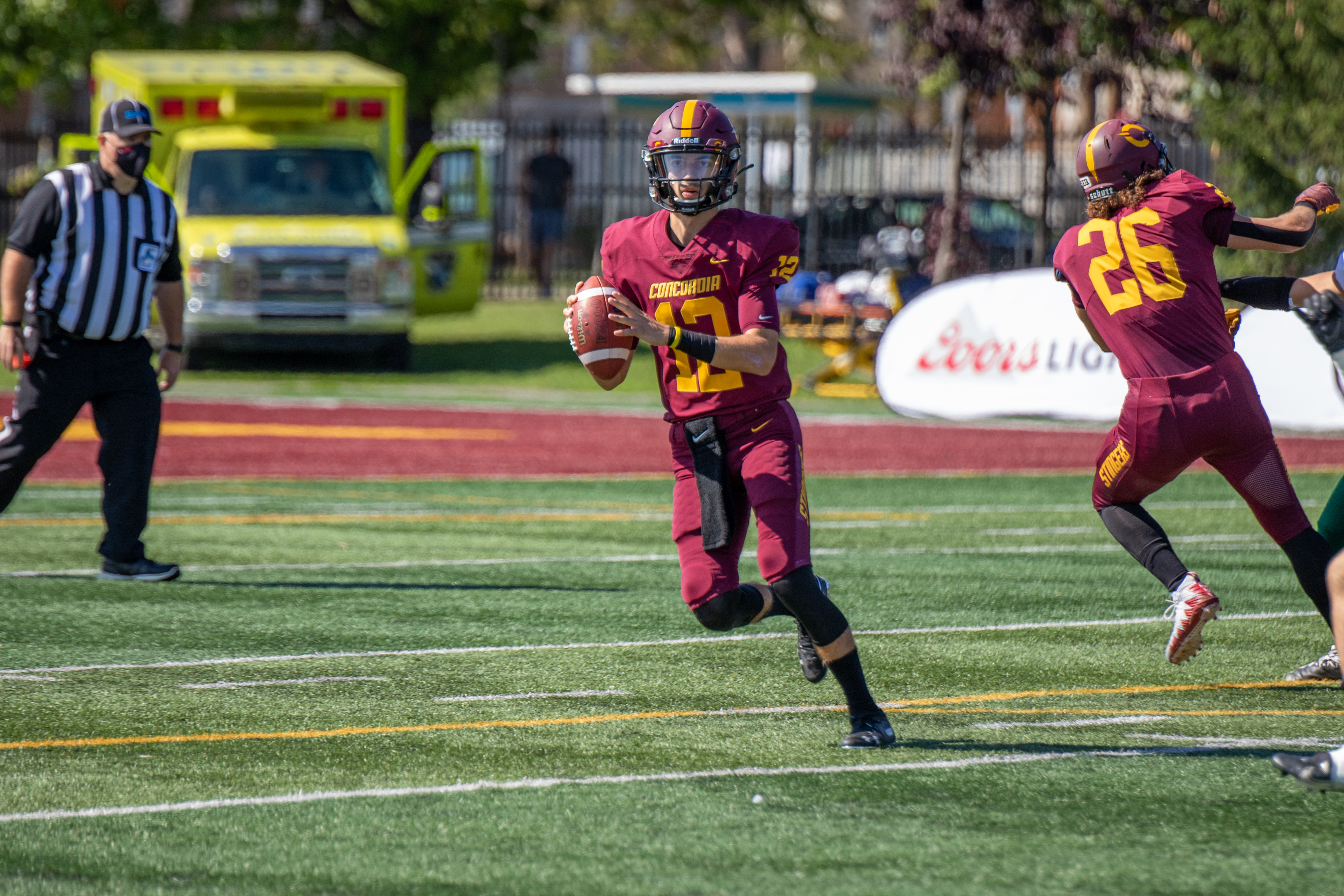 Quarterback Olivier Roy threw five touchdown passes and a RSEQ record 580 yards to lead the No. 10-ranked Concordia Stingers to a 42-39 overtime victory over the Sherbrooke Vert & Or last Saturday.

The third-year pivot from Donnacona, Que. completed 29 of 38 passes for 580 yards. The previous conference record was held by McGill University’s Matt Connell who threw for 557 yards on Oct. 20, 2007.

At the U SPORTS, Roy now owns the second-best performance on record. Greg Vavra from the Calgary Dinos is in first place. He threw for 627 yards versus the Saskatchewan Huskies on Oct. 7, 1983.

Overall, Roy commanded a highly efficient unit that rolled up 30 first downs and 660 yards of offence. 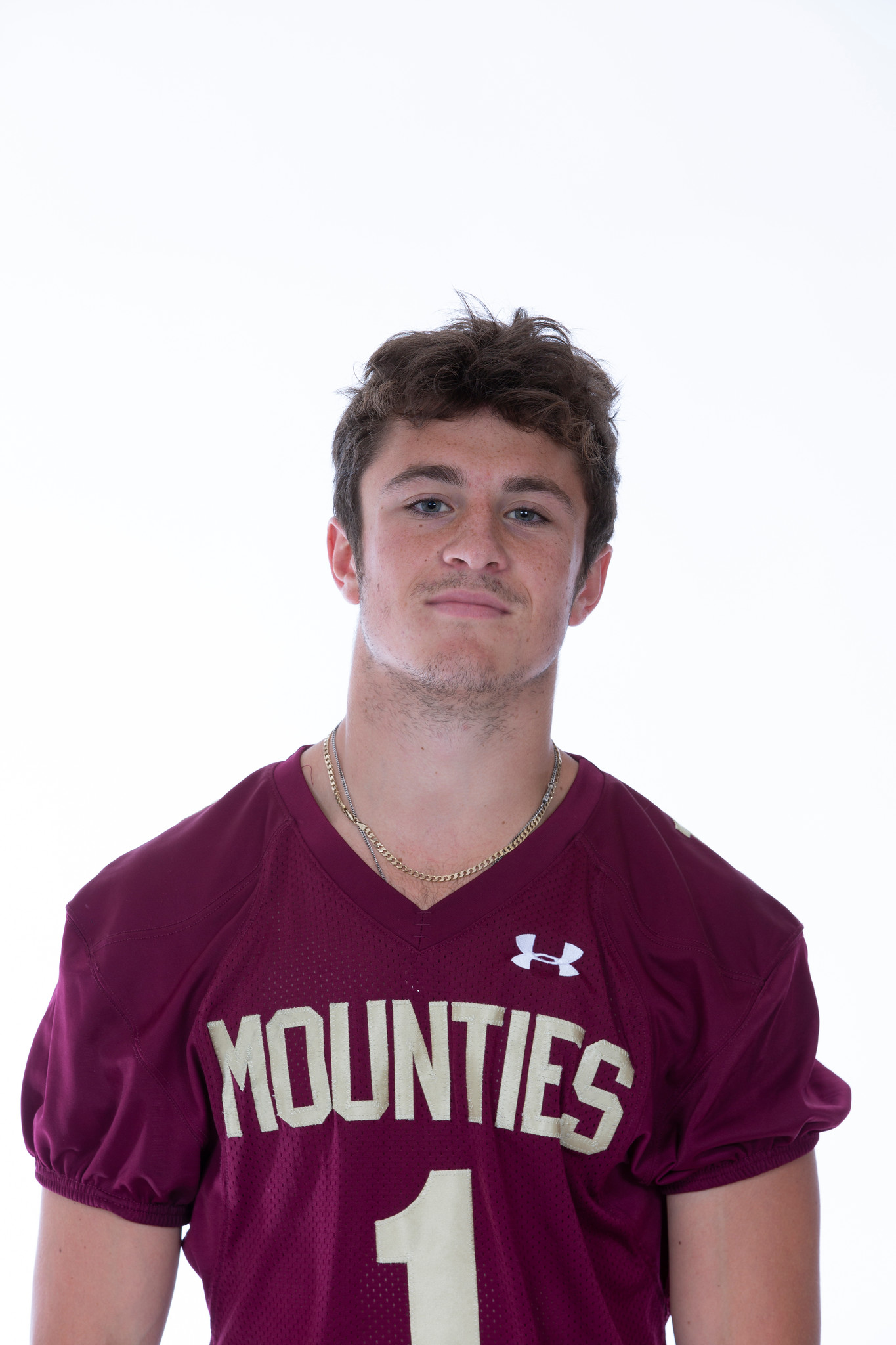 Mount Allison University defensive back Owen O’Neal earns this week’s nod as the U SPORTS defensive player of the week.

The Bachelor of Commerce student from Sackville, NB had two interceptions and added 2.5 tackles in the Mounties’ 10-7 road win over the Bishop's Gaiters last Saturday.

O’Neal was a key contributor to the late-game victory for Mount Allison, picking up the first two interceptions of his university career in the final minutes of the game. The interceptions ended a pair of Gaiters drives and sealed the win of the Mounties. O’Neal’s two interceptions currently lead the AUS conference and are tied for the most in the country. 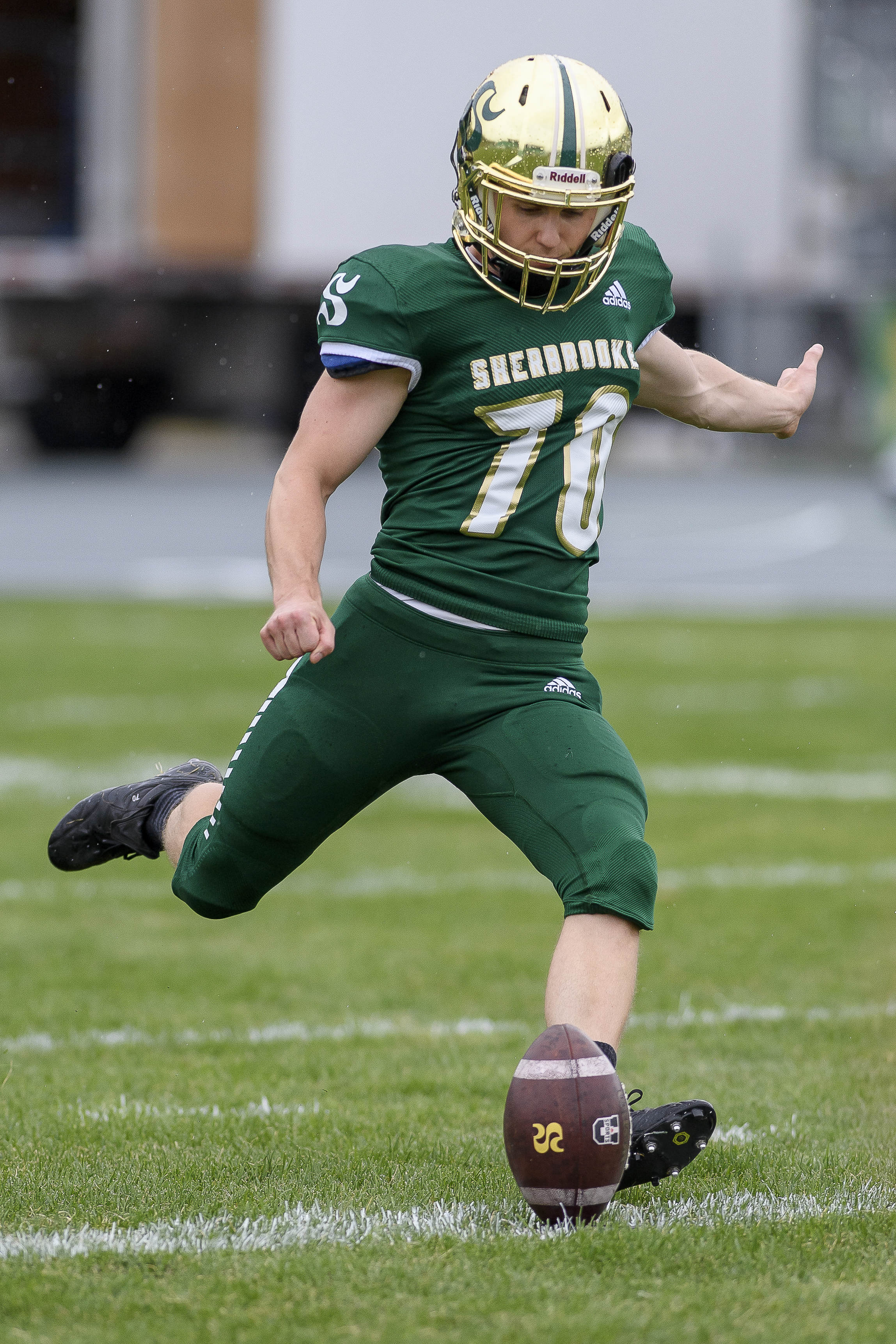 Sherbrooke’s Louis Tardif scored 18 of his team’s 39 points in a 42-39 overtime loss at the No. 10 Concordia Stingers. He was a perfect 5-for-5 in field goal attempts, including a 28-yard kick in overtime that gave Sherbrooke a short-lived lead. His other field goals were from 27, 38, 12, and 29 yards respectively

He added a pair of converts and kicked off for 267 yards including a rouge.