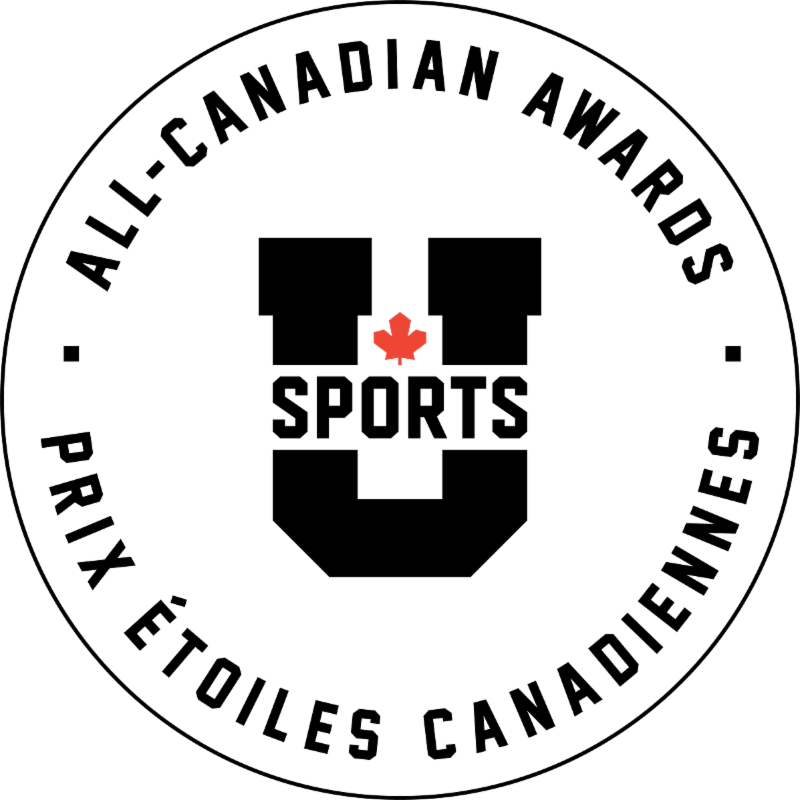 EDMONTON (U SPORTS) – Carleton forward Lloyd Pandi was honoured with the Mike Moser Award as U SPORTS men’s basketball Player of the Year Thursday night, as the national award winners were celebrated at the annual All-Canadians gala.

Hosted by the Alberta Golden Bears, tip-off of the 2022 U SPORTS Men’s Basketball Championship starts on Friday and the event concludes Sunday with the gold medal game at 3:30 p.m. ET / 12:30 p.m. PT. All games are to be played at the Saville Community Sports Centre.

Livestreaming in English is available for free worldwide on CBCSports.ca, CBC Gem, the CBC Sports app and USPORTS.ca. and in French on USPORTS.ca.

Lloyd Pandi was the complete package for the Ravens throughout the 2021-22 regular season. A versatile ball handler, Pandi displayed his depth of talent finishing in the top ten in field goal percentage, free-through percentage and rebounds. Pandi had double-digit points in 11 of 14 games. Pandi's impressive offensive contributions included double-digit points for eight straight games to start the season. Through those eight games, Pandi recorded 5 double-doubles.

With key injuries to Ravens starters, Pandi demonstrated his leadership and professionalism taking on new roles as a leader on the Ravens defence. Pandi's defensive numbers are even more impressive considering he collected only 31 personal fouls. 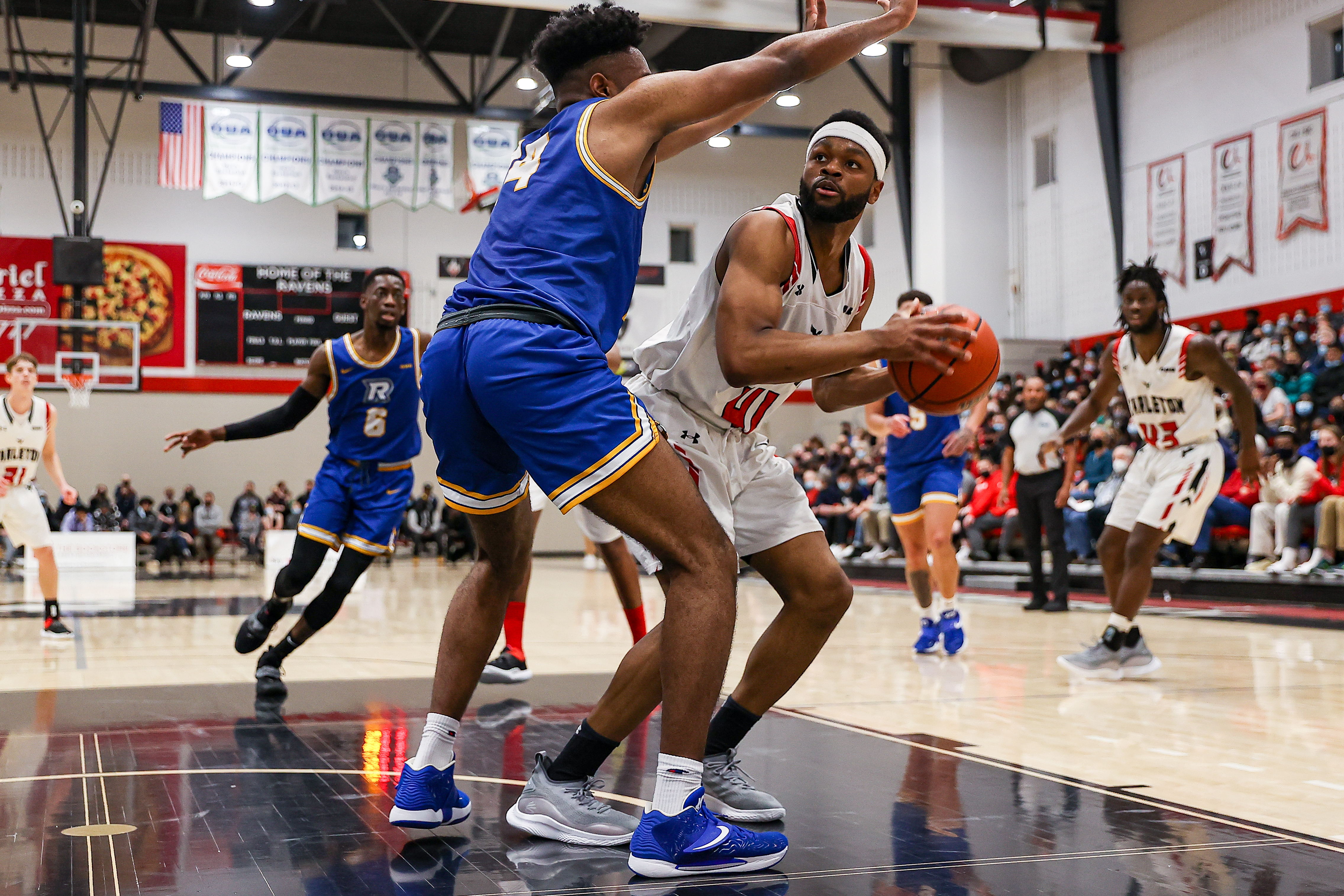 Freshman Aaron Rhooms received the Dr. Peter Mullins Trophy as the U SPORTS Rookie of the Year.

Among the categories that Rhooms stood out among his conference competitors were points per game (19.3), rebounds per game (7.9), and field goal percentage (52.7), with his impressive first-year totals therein putting him 10th in each regard.

As strong as his season was, he brought his best offensive performance in the team’s penultimate regular-season game. His career-best 28-point outing against Laurentian, a game in which he shot 61.1% from the field, was his last of seven 20+ point games on the year and capped off a season in which he never scored fewer than 12 points.

The first team OUA All-Star also helped the Rams remain competitive in the talent-laden East Division, finishing fourth therein and earning the right to host a playoff game as a result. 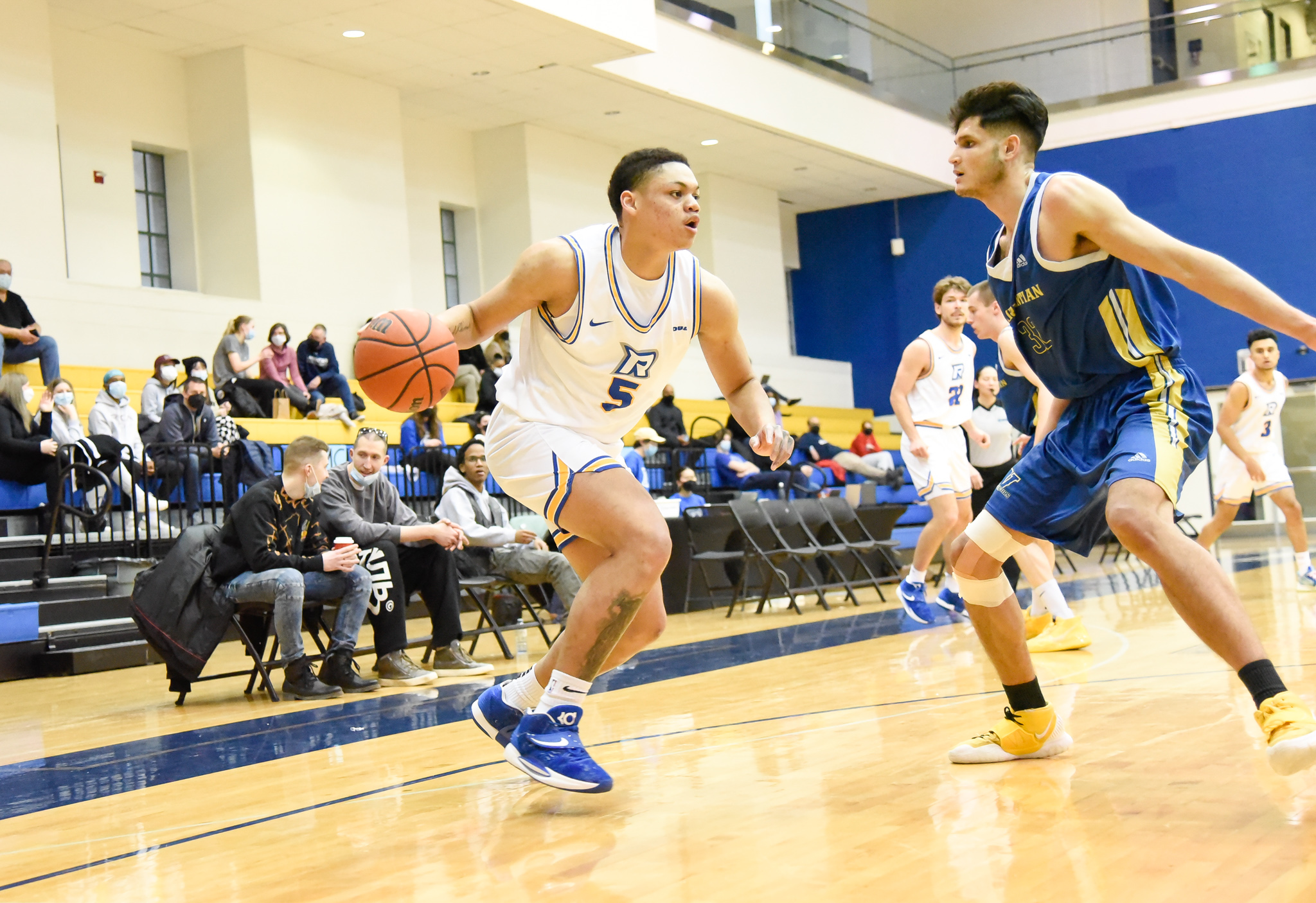 Benjamin Hillis is not only having his finest season for the Cougars on the court in his last year of U SPORTS eligibility – he was named a Canada West first-team all-star earlier this month – but he's been equally impressive in the classroom at the U of R.

An actuarial science major, Hillis is a five-time Academic All-Canadian and a five-time recipient of Dean's List honours. His numerous academic honours also include the prestigious Academie Silver Scholarship, which he's earned three times during his time at the University.

As a volunteer, Hillis has helped raise money for the local burn unit fund, created videos to help kids stay active during the pandemic, visited schools to talk with students, and advocated for mental health while providing advice and resources.

"I have known Ben his whole life and have watched him grow up," Cougars head coach Steve Burrows said. "He is very deserving and it is truly special that he was chosen for this prestigious award. Ben is one of the finest examples of what a student-athlete should be. He is an incredible role model and ambassador for not only the Cougar basketball program but for the University of Regina and for our entire community." 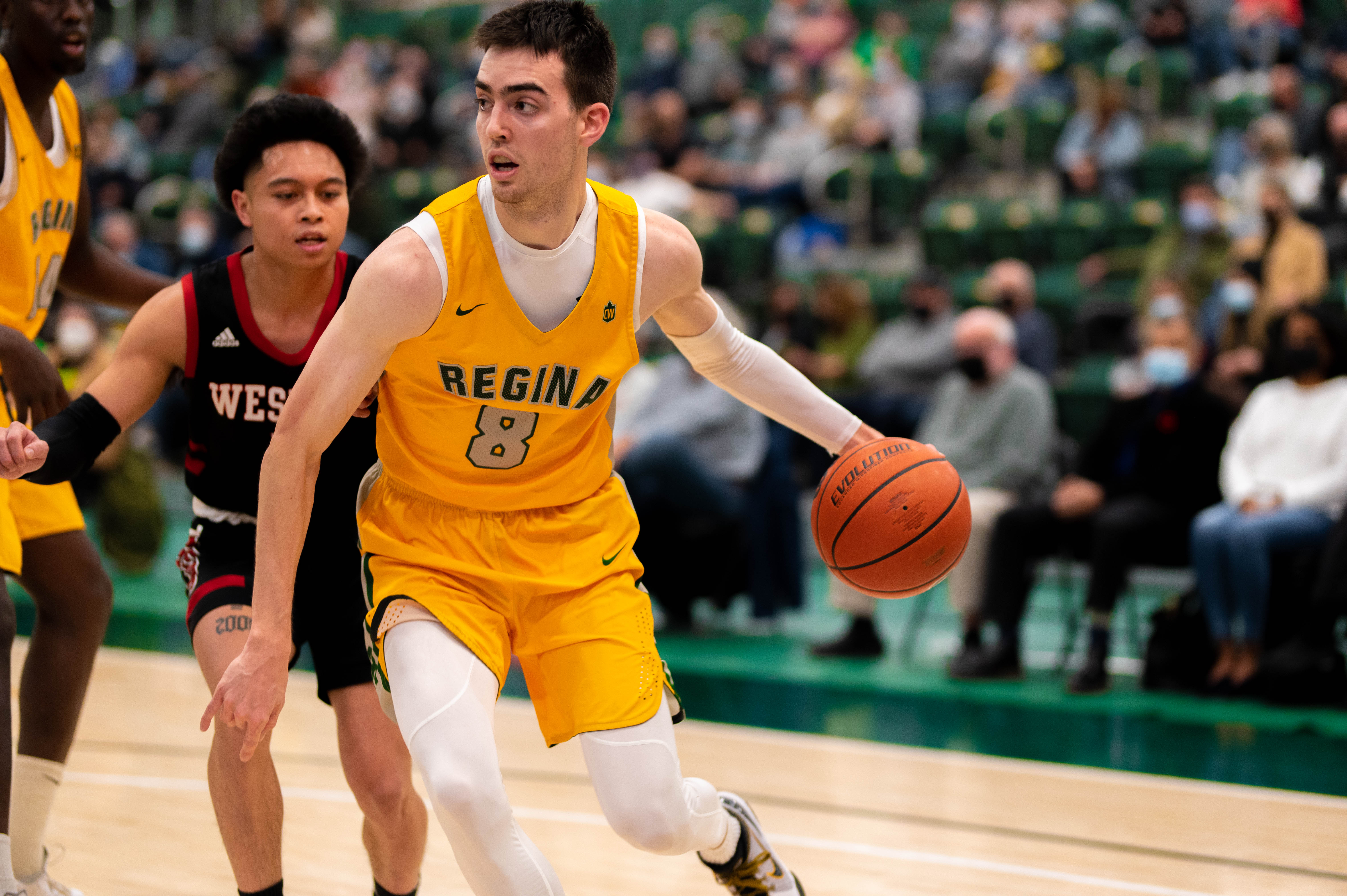 It takes a special type of team to go without a single loss during a season. This year, that team was led by Barnaby Craddock, who instilled a winning mentality in his players.

Craddock's Golden Bears play with a team-first approach, which has given them the success they've seen this season. That stems from the coach. From their defensive schematics and intensity to their offensive sharing of the ball, Alberta has cemented its reputation as an unshakable force.

Craddock's work goes beyond day-to-day practices and games, as his recruiting and leadership within the program has led them to where they find themselves today: the country's number-two ranked team.

“Barnaby's work as a coach, recruiter, and leader has once again pushed the Golden Bears up among the true national championship contenders,” said Alberta athletic director, Ian Reade. ”Even after losing some of the best players to wear the Green and Gold to graduation over the past two years, Barnaby guided the Bears to one of their best regular seasons ever. Having the enormous pressure of hosting the U SPORTS Championship hasn't fazed this team, and I can't wait to see the conclusion of this tremendous season." 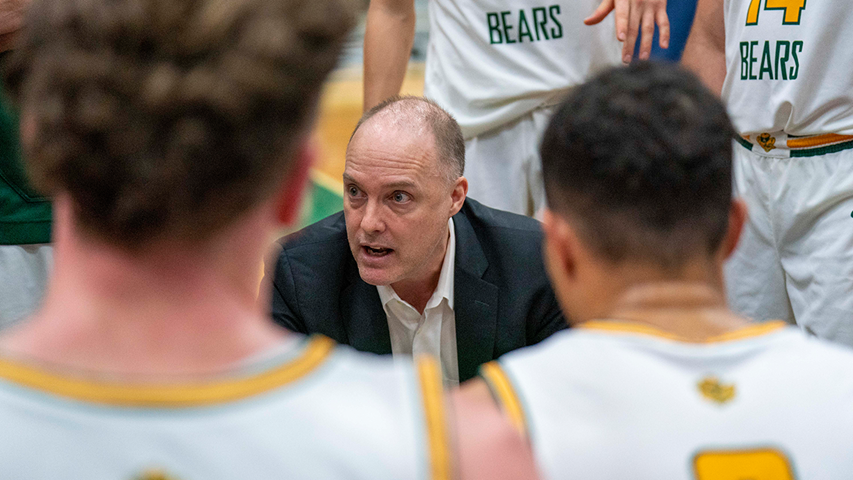 Alberta’s Tyus Jefferson received U SPORTS Defensive Player of the Year honours. The fifth-year guard led his Golden Bears to a perfect 16-0 record this season while showing up big on every inch of the court.

You can’t miss him on offensive, as he smoothly slashes to the basket or controls the ball movement in seamless plays.

On the scoring-balanced Golden Bears, Jefferson worked with extreme efficiency this season, scoring on more than half of his attempts as a guard.

His basketball IQ is always on full display as he reads the action on both ends of the court.

On the defensive end, Jefferson’s agility and effort really shines through.

The Riverton, Utah product also makes those around him better – the key to the success of his powerhouse Golden Bears squad.

"Tyus' leadership and fantastic individual play this season has been instrumental to our teams success. He makes his teammates better every time they play with him, and he leads by example with his effort on the defensive end of the floor,” said Alberta Head Coach, Barnaby Craddock. “It's great to see Tyus receive this well-deserved honour as he plays basketball the way it's supposed to be played; with passion, determination and unselfishly as part of a united team." 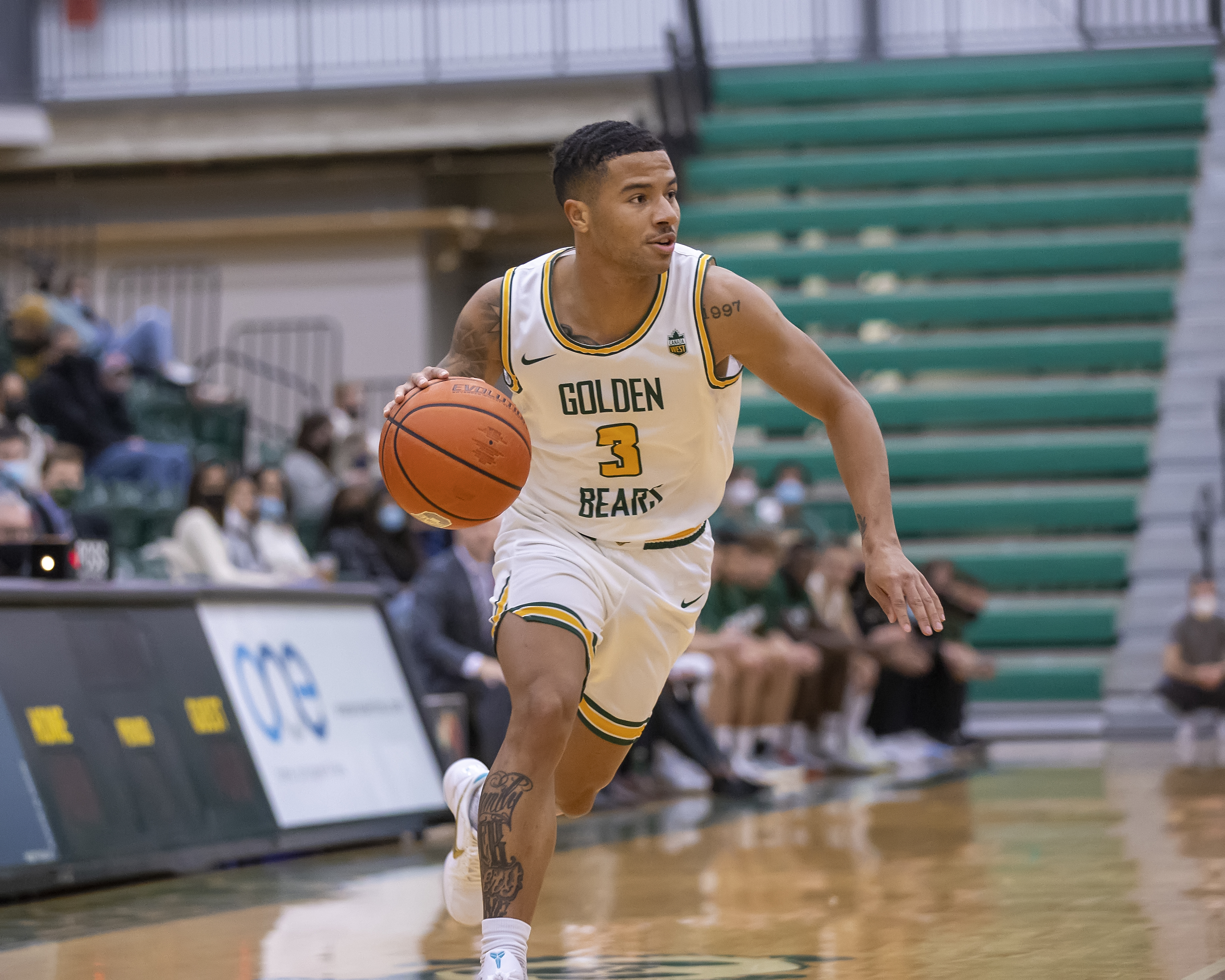