Tre Ford of the Waterloo Warriors men’s football and track and field team and Sophie de Goede from the Queen’s Gaels women’s rugby and basketball squads were named the winners of the 2022 Lois and Doug Mitchell U SPORTS Athletes of the Year Awards Presented by Makadiff SPORTS, for the 2021-22 season.

All eight nominees – one male and one female from each of the four U SPORTS conferences –are to receive a commemorative ring from Baron, the Exclusive Provider of championship rings and recognition jewelry for U SPORTS.

The prestigious prizes were previously rebranded to the Doug and Lois Mitchell Trophies after its champions: Doug Mitchell and the Honourable Lois Mitchell.

“This year’s group of nominees is one of our strongest yet,” said Lois Mitchell. “The student-athletes who compete in U SPORTS develop integrity, resilience, teamwork and the communications skills they need to excel in sport, their studies and in their careers. Congratulations to Tre and Sophie and to all the nominees who inspire us every day.”

Formerly known as the Borden Ladner Gervais (BLG) and Howard Mackie Awards, then the Lieutenant Governor’s Athletic Awards, the event is celebrating its 29th year and has been a staple celebration in the national sport community since 1993, recognizing Canada’s top athletes competing in university athletics within U SPORTS.

The winners were selected by a combined vote of the Canadian Athletic Foundation (75 percent), a not-for-profit board chaired by Doug Mitchell and the public (25 percent) on USPORTS.ca.

“We congratulate Tre and Sophie on their awards and all of the nominees for their exceptional accomplishments in the 2021-22 season,” said Doug Mitchell. “We would also like to thank the Canadian Athletic Foundation Trustees for their commitment and the public who voted for the nominees.”

“On behalf of our entire membership, congratulations to both Tre and Sophie on being named the 2022 U SPORTS Athletes of the Year,” said U SPORTS interim CEO Dick White. “We are proud of your extensive accomplishments on the field of play and in the classroom. We look forward to watching you become leaders both in the community and in the next stage of your athletic and professional careers.”

“I would also like to thank our partners, Doug and Lois Mitchell, for continuing to celebrate our talented student-athletes for nearly three decades. The opportunity to collaborate and celebrate our Canadian university athletics continues to be a privilege.”

The 2021-22 season concludes on Monday, May 30th, with the announcement of this year’s U SPORTS Honours Awards celebrating leadership and contributions to university sports in Canada.

DOUG & LOIS MITCHELL TROPHIES (U SPORTS Athletes of the Year) 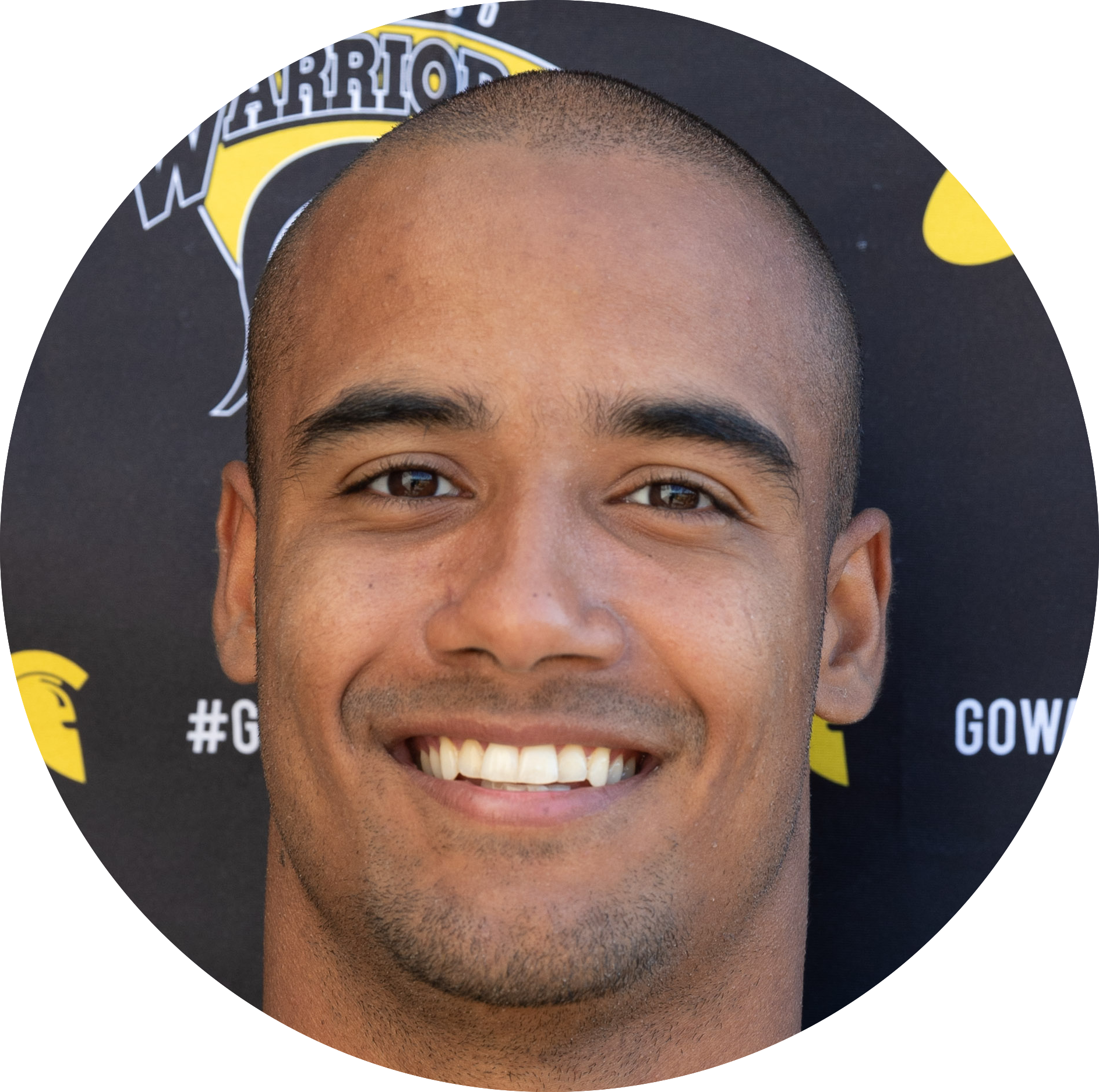 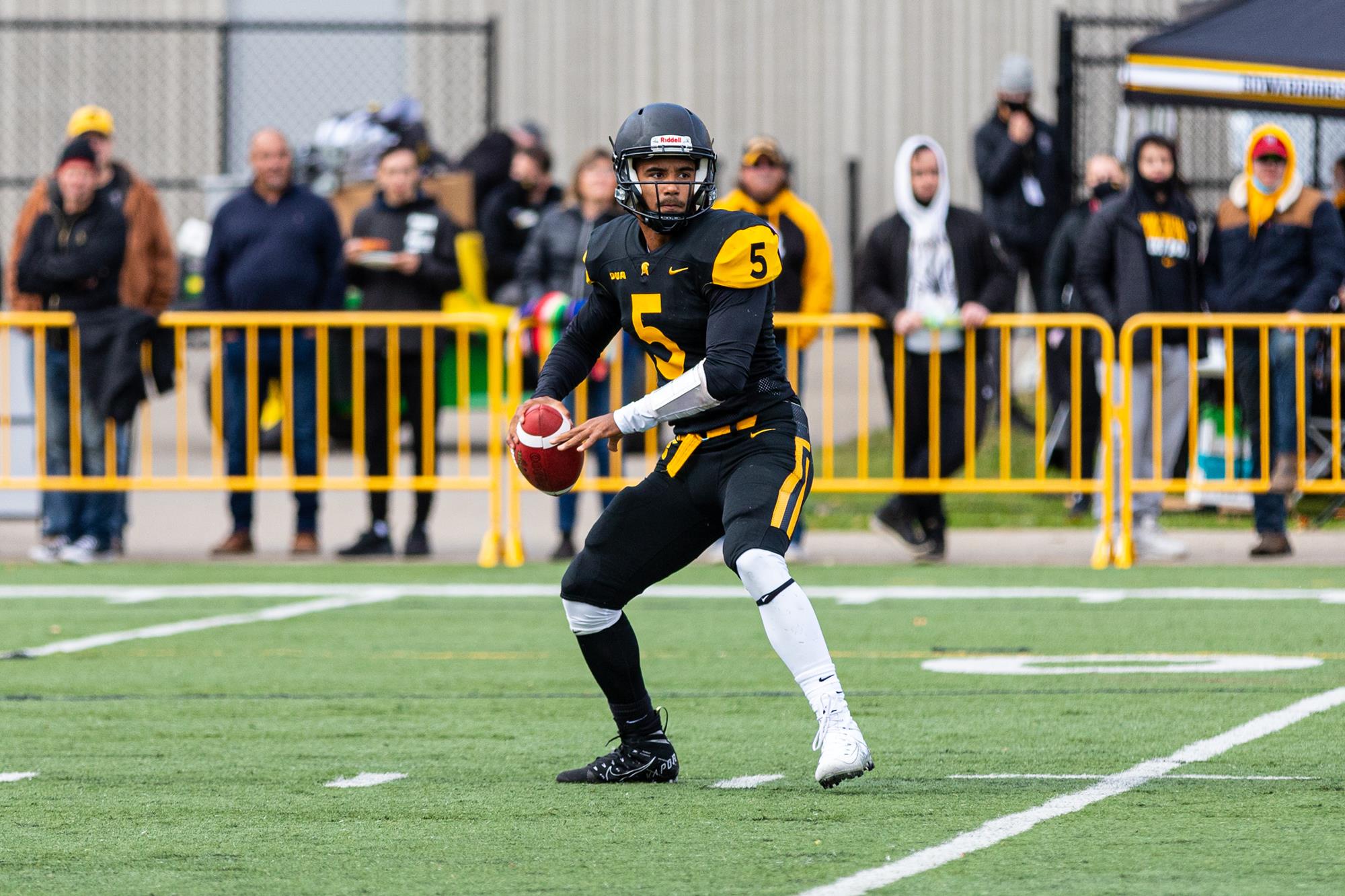 Tre Ford has made his mark on the gridiron throughout his time with the Warriors, but he saved his best for last with another dazzling campaign for the black and gold.

Since joining the Waterloo football program and helping to turn the program during his tenure, the generational talent from Niagara Falls, Ont. wreaked havoc on the OUA competition as a perennial dual-threat pivot. This season was no different, as Ford ranked second in the conference in passing yards (1,465) and completions (118), first in touchdowns (10), and atop the league with 244.2 yards per game. If that’s not enough, Ford also racked up 629 yards on 59 carries and three touchdowns on the ground, putting him third in yardage in the nation.

After stuffing the stat sheet all season, Ford earned OUA MVP honours and a first-team all-star selection, before being awarded the 2021 Hec Crighton recipient as the U SPORTS MVP.

The all-Canadian finishes his varsity career as the Warriors’ all-time leader in passing years with 6,952 and passing touchdowns with 54. Not to be outdone, he is also fourth on the program’s all-time rushing list with 2,434 yards on the ground. With his time at the University of Waterloo now complete, Ford is looking ahead to the next steps in his football journey. The talented quarterback has recently been invited to the Baltimore Ravens and New York Giants rookie mini-camps and was selected in the first round (8th overall) in the 2022 CFL Draft by the Edmonton Elks, making him the first quarterback taken that high since 1980. 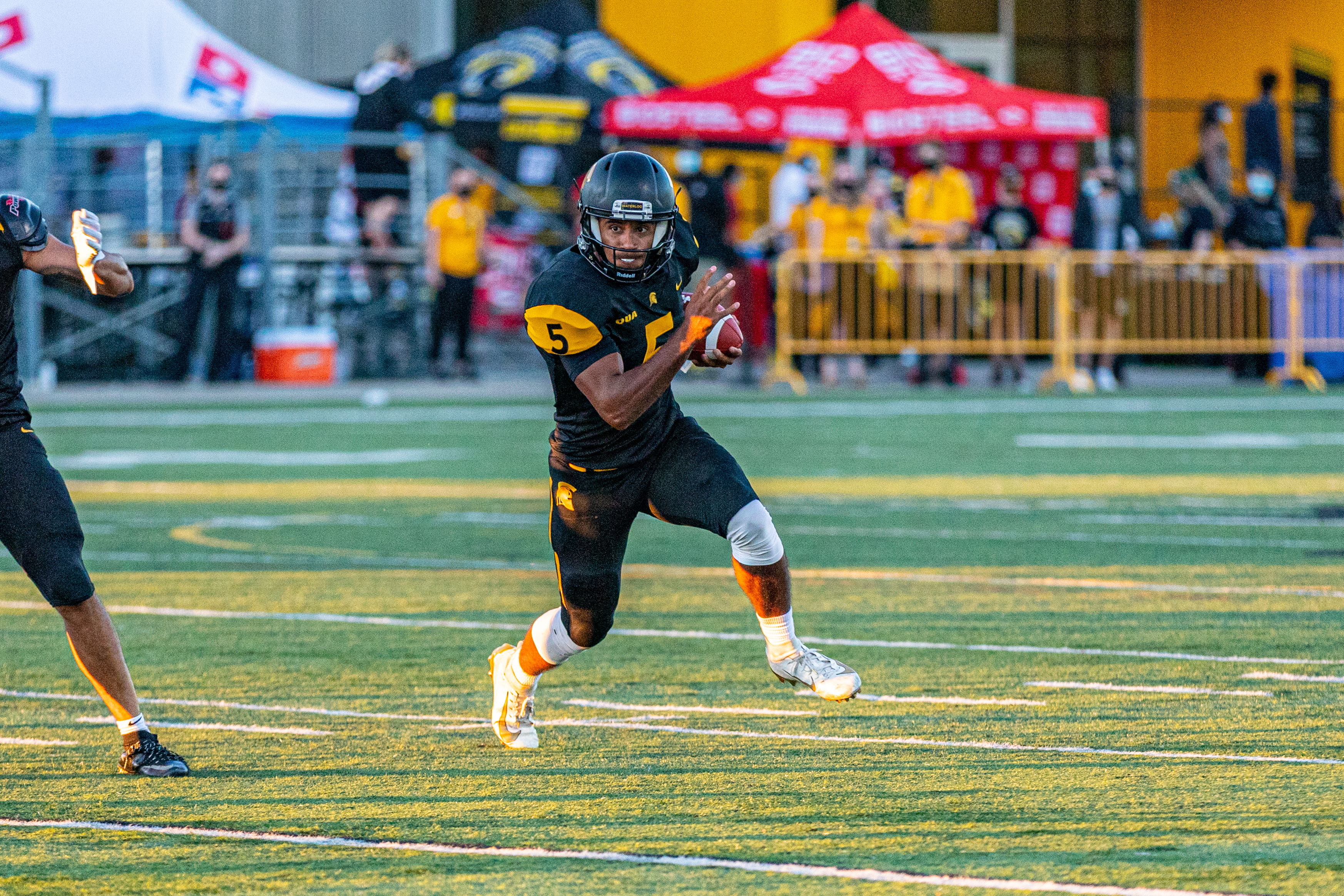 "Tre Ford is a once-in-a-lifetime student-athlete who brings the most raw talent I have ever seen,” said Waterloo football Head Coach, Chris Bertoia. “He is a threat both on the ground and in the air and I consider myself very lucky to have the opportunity, to not only coach Tre but watch him on a daily basis. Tre now has the Warriors record for most career passing yards, passing TDs and completions. He has come so far as an athlete and continues to push his boundaries. I have no doubt if he continues to push his limits, he will have a long and distinguished football career wherever he ends up."

Ford also competed with the track and field team this year, finishing fifth in the 60m dash at the national championships. 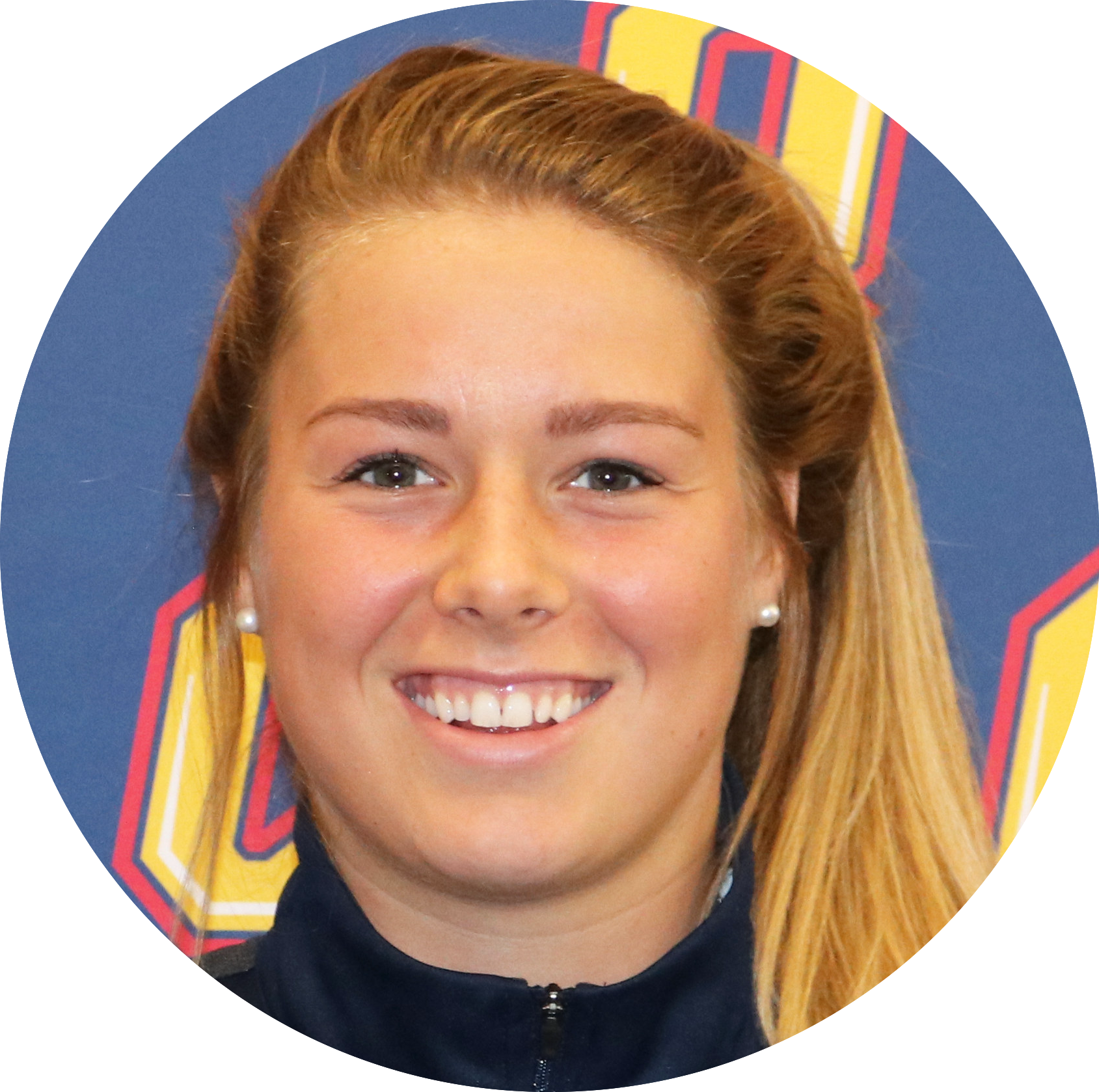 Sophie de Goede is a two-sport star for Queen’s, excelling in both rugby and basketball, capping off her incredible career with the Gaels by helping them win national medals in both sports. 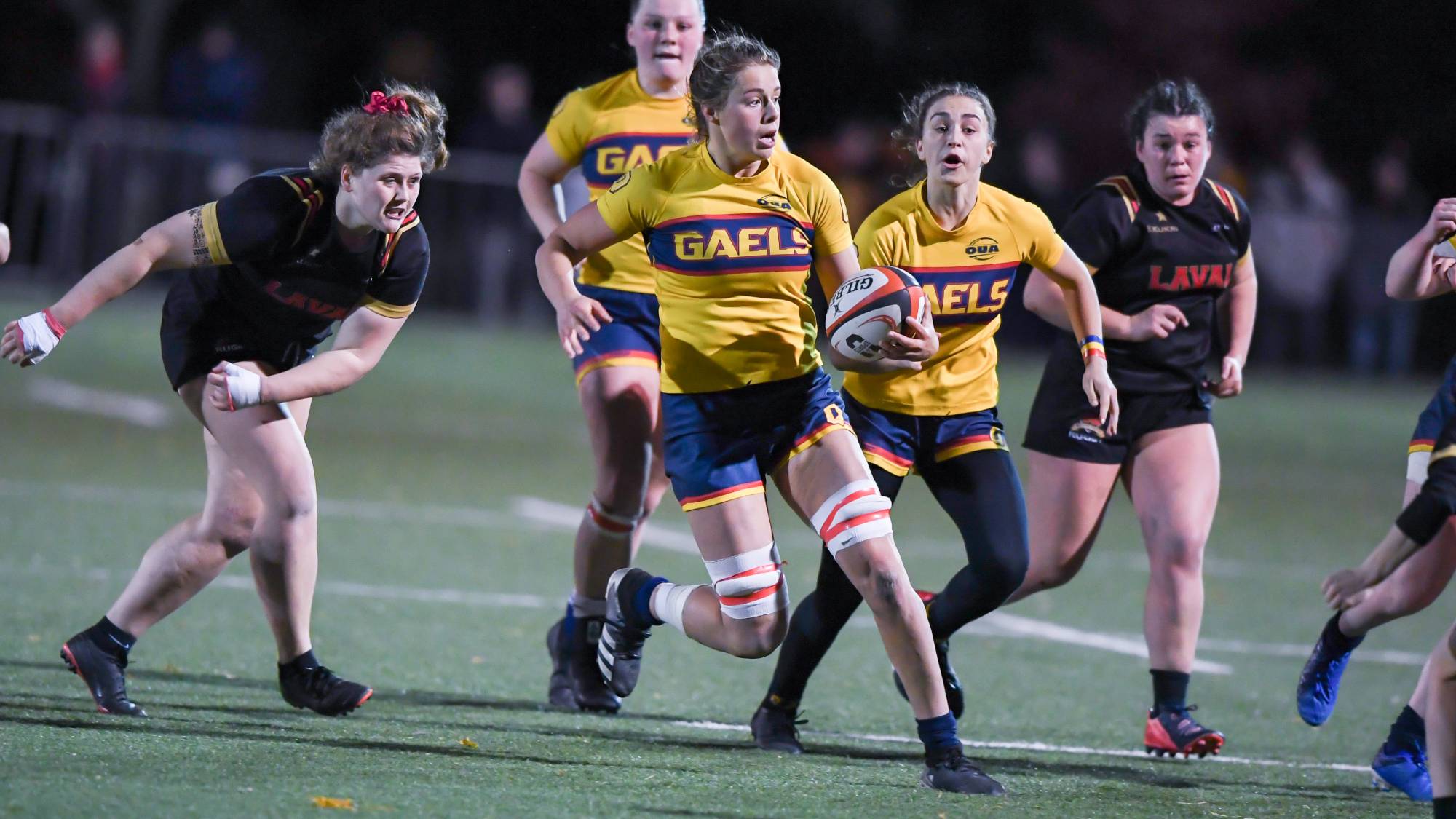 As if her triumphs on the pitch weren’t enough, after her rugby season, de Goede joined the women’s basketball team and helped the Gaels win a bronze medal at the U SPORTS Women’s Final 8 Championship, also hosted on the Queen’s home court.

For her year on the hardwood, de Goede led the OUA in rebounding, averaging 12.1 per game while adding 9.8 points per contest to finish just shy of a double-double mark. She also averaged 2.6 assists and 1.7 steals per game for the Gaels on the year.

“Sophie is a generational player and a generational person. Despite the accolades that Sophie has earned over her time at Queen's, she remains the hardest working athlete on campus - always looking for ways to excel and improve, either on the pitch, on the court, or in the classroom,” said Dan Valley, head coach of the Queen’s women’s rugby team. “I would not be surprised if there is a named award in Sophie's honour before long. She is truly one of, if not the greatest Gael to ever don the Tricolour.” 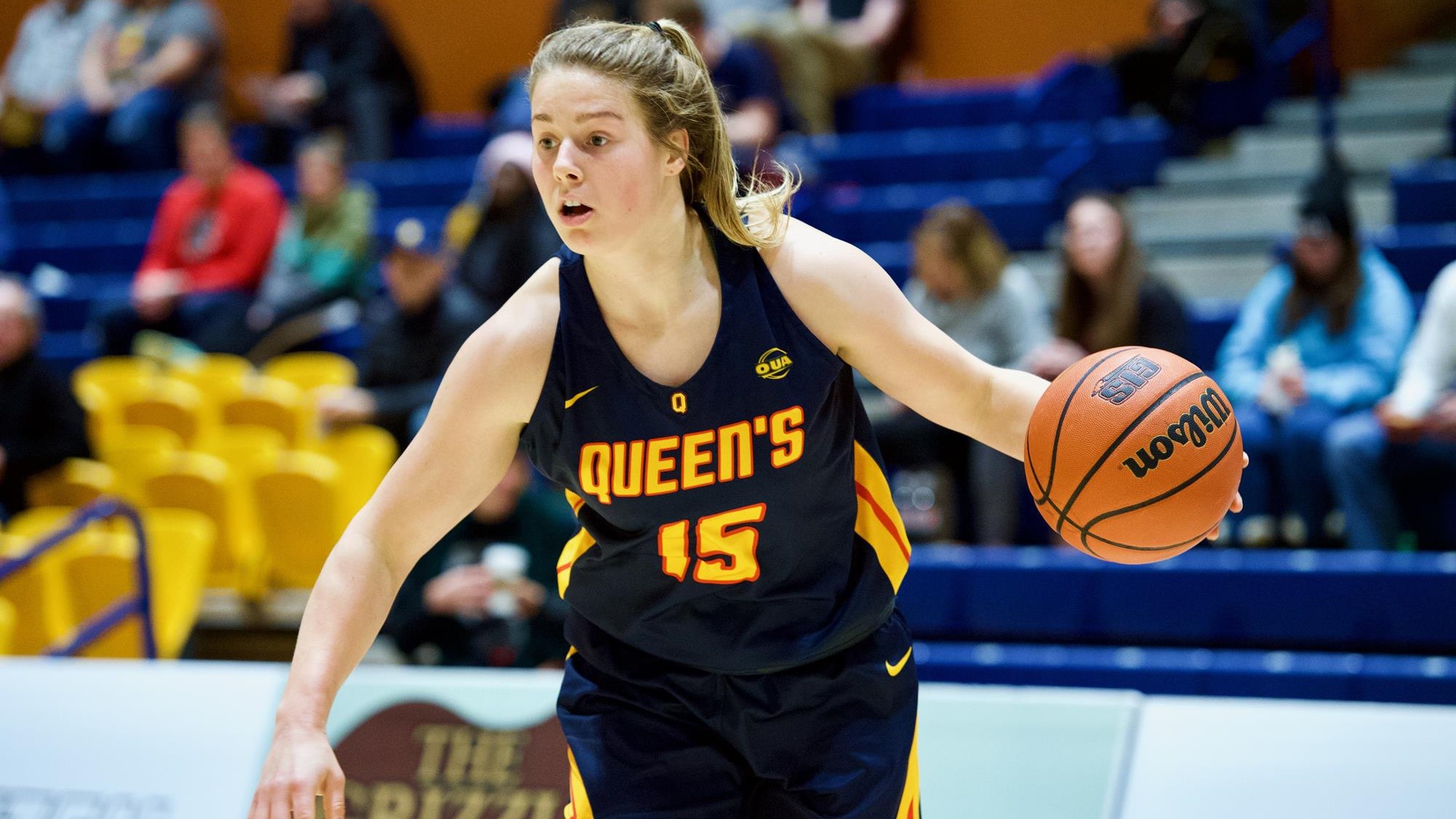 When de Goede wasn’t starring for the Gaels, she has represented Canada as a member of the National Senior Women's Rugby program at multiple competitions in the past five years, including earning a spot on the tournament All-Star team at the World Rugby Super Series in 2019, as well as multiple player of the match honours. She will also be a key member of the Rugby World Cup team competing in the Fall of 2022 in New Zealand.