Other award winners included Victoria’s Carissa Norsten, who was named the Rookie of the Year, Lethbridge prop/hooker Karlee Durfey won the Community Service Award, while UPEI coach James Voye walked away with the nod as Fox 40 U SPORTS coach of the year. 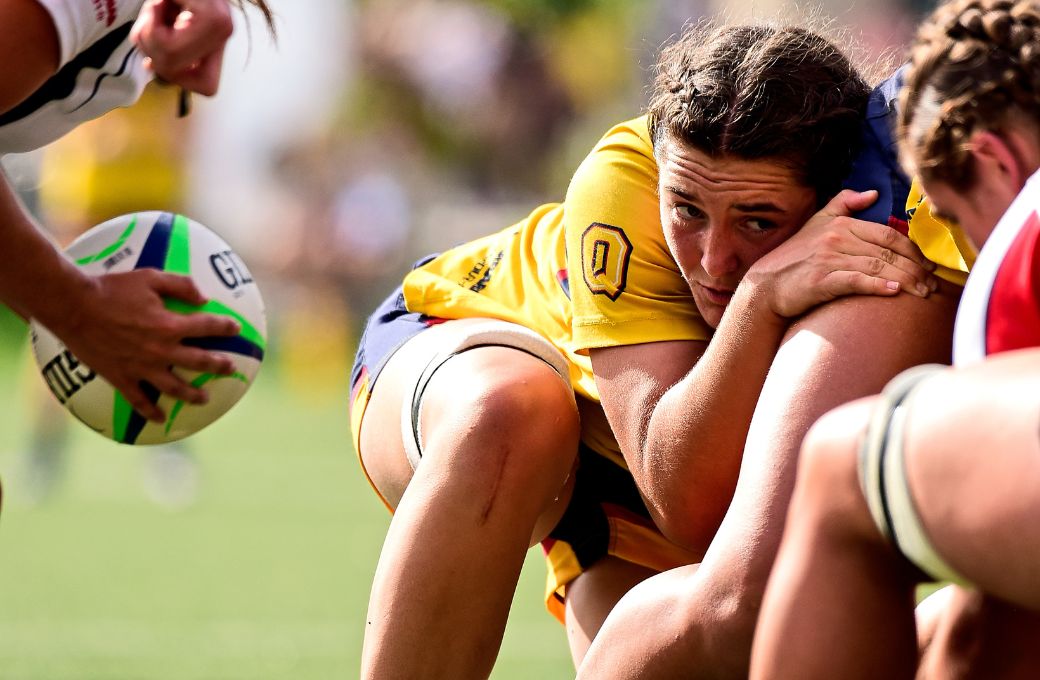 The second-year back row from Caledon, Ont. was a mainstay on the Queen’s scoresheet and parlayed that offensive prowess into a nation-leading 176 points on the year. Her 14 tries and 53 conversions were at the heart of the Queen’s offence that produced 488 points during their undefeated regular season.

In just two seasons, the arts and science student is second on the Gaels' all-time scoring list with 218 career regular season points, just one behind Lauren McEwen. 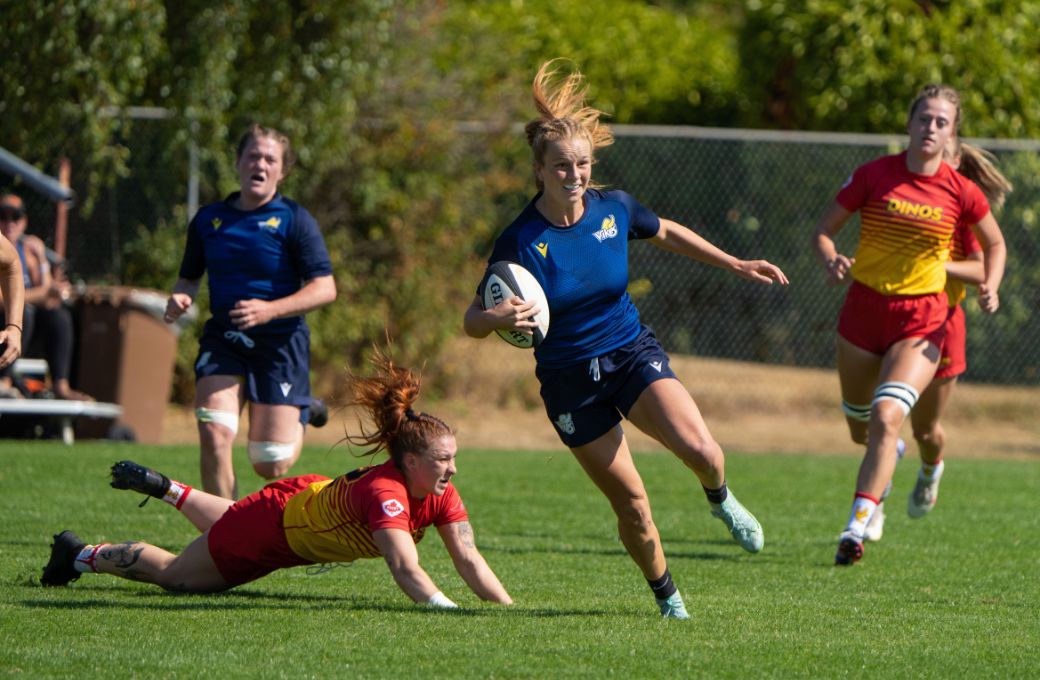 First-year back Carissa Norsten started all seven matches for the University of Victoria while registering four tries in her rookie campaign en route to earning the U SPORTS nod as the top first-year player. Using her speed and agility to her advantage, Norsten was often found breaking away from defenders and getting the ball in the end zone.

Highlighted by a two-try effort to help the Vikes on Sept. 18, the first-year player also added a try against Lethbridge on Sept. 22 and in the Canada West semifinals on Oct. 20 against Calgary. 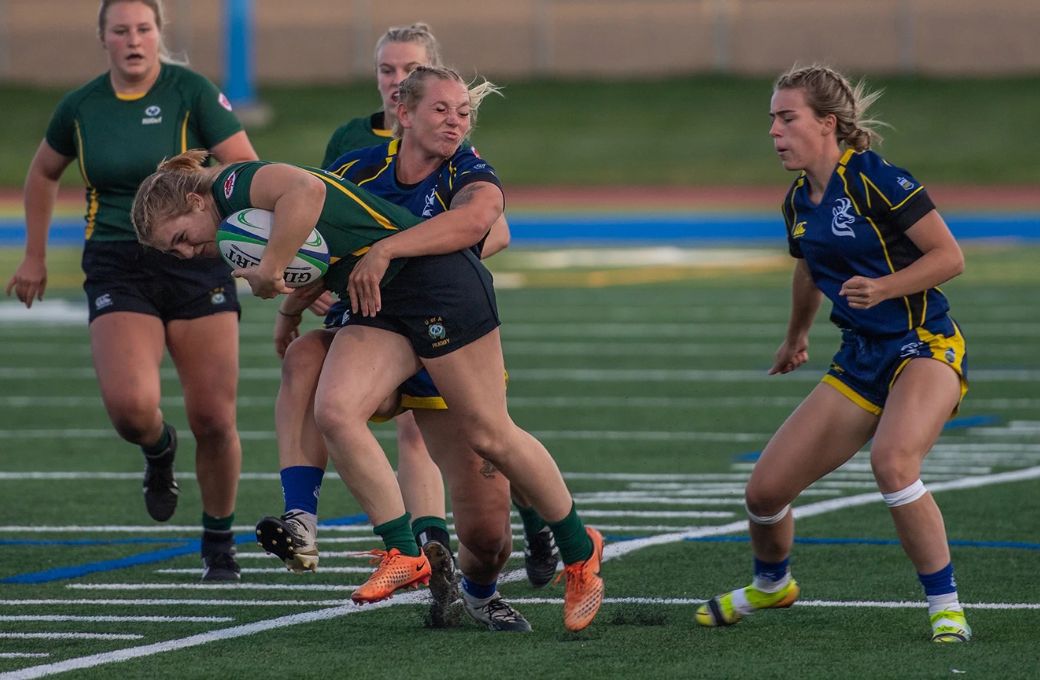 Fifth-year prop/hooker Karlee Durfey has been recognized for her outstanding contribution on the pitch, classroom achievement and civic involvement, winning the 2022 U SPORTS Women’s Rugby community service award.

Durfey created a non-profit organization for children battling cancer and organized a charity rugby game that brought in thousands to help these struggling families - an event that Durfey has committed to continue beyond her time with the Pronghorns.

The Arts student also volunteers at the local food bank every week and volunteers with the Sage Clan, giving out lunches, water, clothing and naloxone to those in need. She's a Big Sister, a mentor to youth, and a rugby coach at Raymond High School. 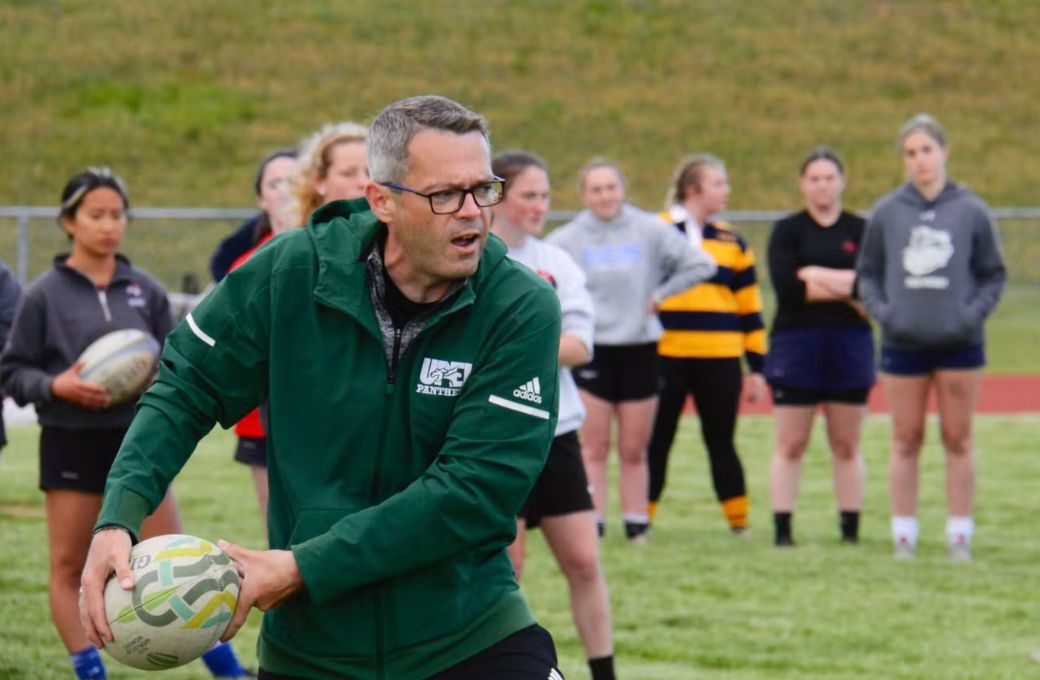 In his second season as field general of the UPEI Panthers, James Voye has been chosen by his peers as the winner of the Jim Atkinson Award as the FOX 40 U SPORTS Women’s Rugby coach of the year.

Voye led his team to a 4-2 record and second-place finish in the Atlantic University Sport (AUS) conference in 2002 after finishing 3-3 in 2021. The Panthers allowed just 42 points against—the fewest in the conference—and scored the most points, with 246. His squad finished the season ranked no. 8 in U SPORTS.

After a well-fought 14-12 win over the defending champion STFX X-Women in the AUS semi-final, Voye’s Panthers captured their first AUS title with a 33-12 road win over the Acadia Axewomen.

With this nod, Voye becomes the first Atlantic conference coach to win the U SPORTS honour since Acadia's Matthew Durant in 2013.