The Guelph Gryphons are in the running to defend their men’s national title, but their third-place at the OUA championship at the hands of the McMaster Marauders and U SPORTS-host Queen’s Gaels suggests that they will be in tough to do so. On the women’s side, the defending champion Toronto Varsity Blues lost last year’s individual champion Sasha Gollish, and could concede the spotlight to a three-horse race between the Guelph Gryphons, the Queen’s Gaels and the Laval Rouge et Or.

Now that the champions of each conference have been crowned, and the final U SPORTS rankings have been released, U SPORTS takes a closer look at how each contending team could find themselves atop the podium.

How McMaster wins: The Paula Schnurr-coached Marauders have outstanding depth this year. Ssecond-year sensation and OUA champion Max Turek has a shot at the individual title, and 2018 Canadian 10,000m champion and third-year Sergio Raez-Villanueva is an expected low stick for the Hamilton, Ont.,-based team. What makes them most impressive, however, is that their five other runners could all land in the national Top 25 on a good day. If five of their seven are on, they  will be in contention alongside a sharpened - and Connor Black-comprising – Guelph squad.

Fact: McMaster has finished in fourth place since 2013. Their last national victory dates from 1963.

How Guelph wins: The Gryphons rarely enter these championships as underdogs, but after falling to third place at the OUA championship to McMaster and Queen’s, they may no longer be the favourites. The asterisk: the team was without 2017 U SPORTS runner-up, and perennial national threat Connor Black. Expected to be on the line in Kingston, Black should play close second man to Mark Patton, who barely conceded the OUA crown to Turek in a sprint finish. If everything goes well for the Gryphons, Patton should be in the running for the individual title, with Black not far behind, and Mitch Ubene and Ben Workman will be All-Canadians.

Fact: The Gryphons have taken home the national championship in 10 of the last 12 years. 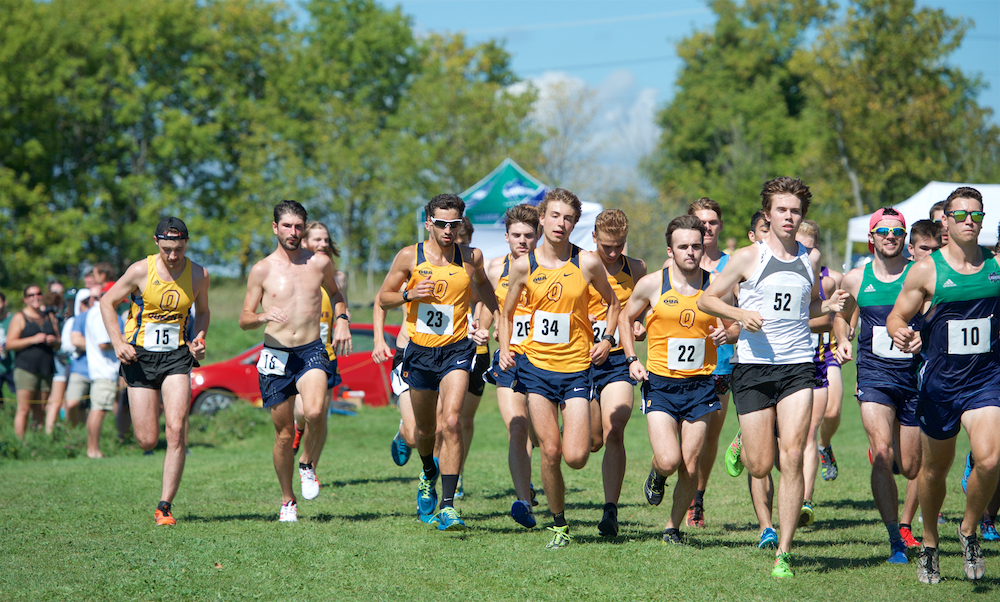 How Queen’s wins: The Gaels were flying under everyone’s radar until they upset Guelph and grabbed silver at the OUA championship. Led by the standout duo of OUA first team all-stars Mitchell DeLange and Mitchell Kirby, the Steve Boyd-coached men seem to thrive on the 10k distance of championship season. However, the Gaels sport a young team, with a rookie, five second-years and one senior veteran and few of them have raced at a U SPORTS championship.

How Laval wins: Having lost a generation of talented runners over the past two years to graduation, including the two-time defending U SPORTS individual champion Yves Sikubwabo, all eyes are on second-year Jean-Simon Desgagnés. Last year’s U SPORTS Rookie of the Year is a top candidate for the individual title, coming off a breakthrough outdoor track season. After handily beating StFX’s Angus Rawling at the RSEQ-AUS Interlock meet on Oct. 6, he went on to easily win the RSEQ individual championship. For Laval to win a team medal, however, they’ll need to outperform Calgary and Queen’s. Laval’s second man, rookie Félix Lapointe-Pilote, needs to be a top 30 finisher, and veterans Keven Bedard and Samuel Poher cannot be far away from the top 40.

Canada West will determine its champions at the 2018 U SPORTS championship. Teams from Alberta, Saskatchewan and Manitoba faced off at the Stewart Cup, and teams from British Columbia have raced each other at the B.C. Championships. Both races occurred on the same weekend as the conference championships across the country.

How Calgary wins: Last year’s silver medalist returns two thirds of its three-headed monster. Stefan Daniel and Stewart Cup champion Russell Pennock are in great form, but the loss of 2017 U SPORTS All-Canadian Alex James, could weigh heavy. That being said, the Calgary men have proven strong in the clutch at national championships. The team will turn to senior Ryan Grieco and rookie Max Thiessen to have great races in search of the podium.

Fact: Veteran Stefan Daniel was the silver medalist in the Para-triathlon at the 2016 Rio Olympic Games. 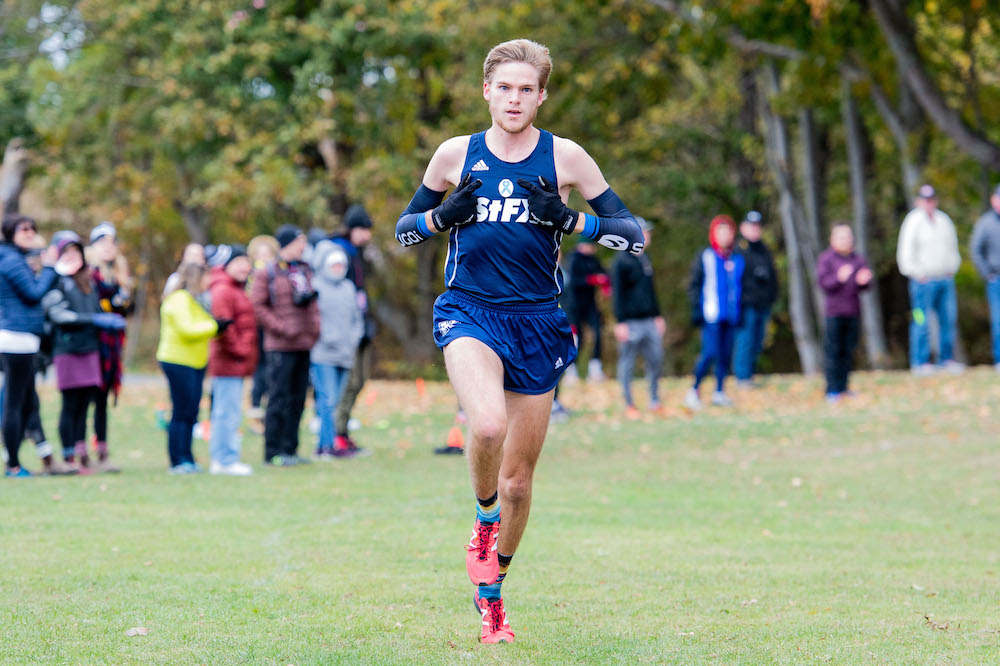 How Queen’s wins: Low sticks. Sisters Branna and Brogan MacDougall may be relatively inexperienced in U SPORTS competition as third and first-years, but it’s races like this one that will contribute to their pedigree. Brogan’s masterful OUA victory has her as a serious contender, and while Branna dealt with injury earlier in the year, she seems like a strong candidate for second place. A probable three points between two runners would be a huge feather in the Gaels’ hats. Rookie Makenna FitzGerald and second-year Kara Blair are also both U SPORTS All-Canadian threats. 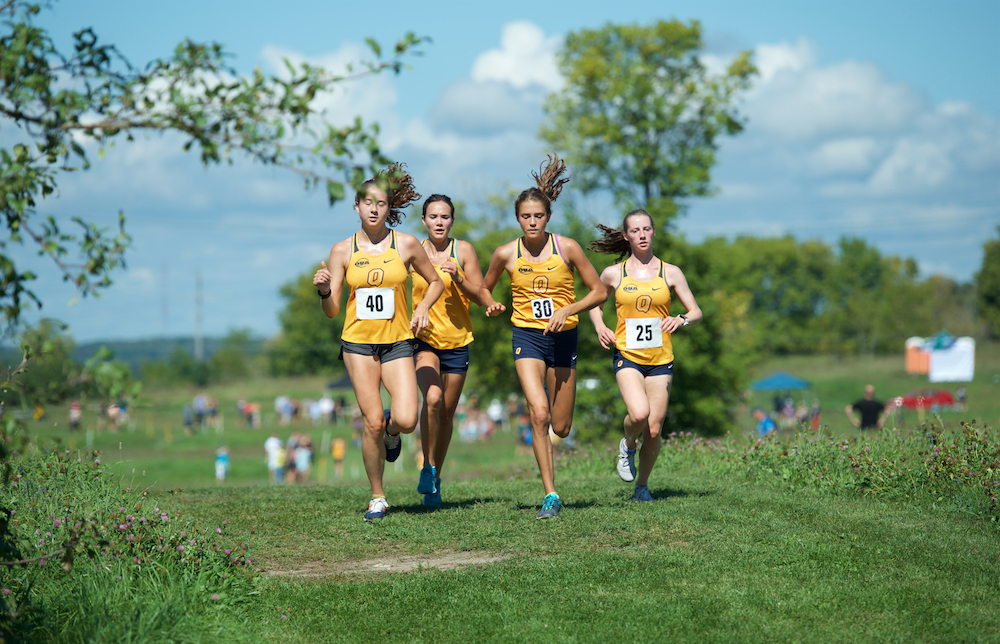 How Guelph wins: For Guelph to win, they’ll have to outperform one of the top two teams, but not too much. Queen’s and Laval will look to have strong days on the courses and keep the Gryphons of the top of the podium. Danielle Jossinet represented Canada at the 2018 FISU World University Championship last spring, while Guelph also fields a dark horse in Heather Petrick, a two-time U SPORTS All-Canadian who was sidelined by injury for most of last year. If these Gryphons manage to match Laval’s top three, there will be a heated battle.

How Western wins: Western and Dalhousie could end up fighting for fourth place. A low stick in Kristina Popadich, however, might propel the Mustangs to the upper echelon, closer to the Gaels, Rouge et Or and the Gryphons. Sophomore Kate Currant has emerged as a reliable second, and rookie Zoe Burke, has also been having a steady season.

Fact: Kristina Popadich has lost to no other Canadian athlete than Branna and Brogan MacDougall in seasonal competition.

How Laval wins: If the Gaels have a kryptonite, it’s the Rouge et Or women. The RSEQ champions dominated the RSEQ conference and swept the podium as Jessy Lacourse, Anne-Marie Comeau and Aurélie Dubé-Lavoie claimed the individual medals respectively. Their four top women are interchangeable and can compete with any runner in the country outside the MacDougall sisters. Laval has a great opportunity to pack run and use their experience to their advantage. Not having squared off against any OUA teams makes it difficult to gauge how strong they are though.

Fact: No member of Laval’s lethal top four has used up more than three years of eligibility. Expect a dynasty for years to come.

How Dalhousie wins: Michelle Reddy has been leading the charge for the AUS champions, maintaining an impressive distance between herself and 2017 U SPORTS All-Canadian Savanna Jordan throughout the year. If Jordan is in similar fitness to last year, and transfer student and former Guelph Gryphon Sophie Watts brings her A-Game, they could post the best U SPORTS result by an AUS team in years. 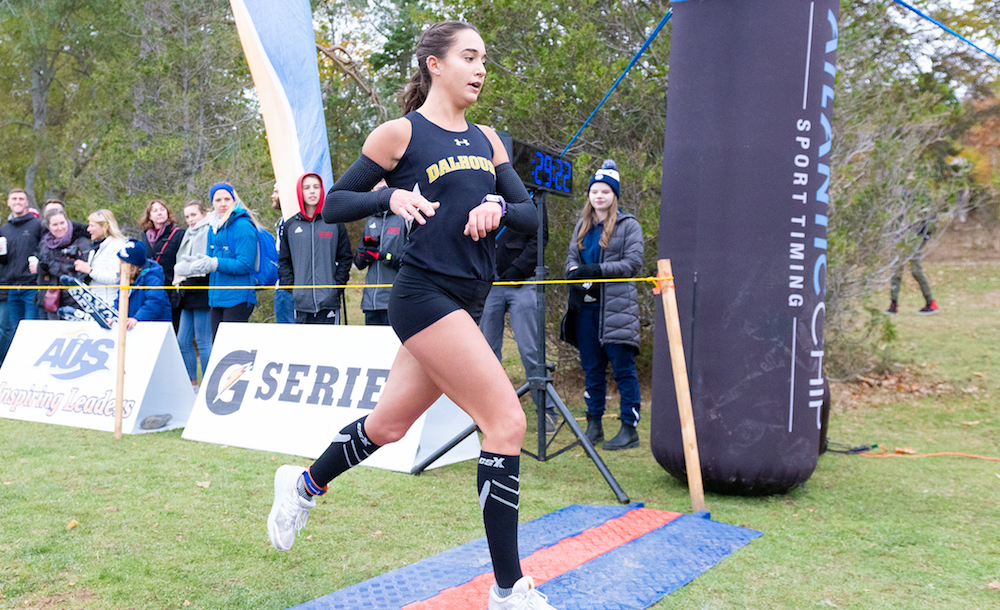 Fact: The Dalhousie women are the only AUS team to win a U SPORTS championship (2004).