The men’s final at the 2019 U SPORTS/Curling Canada Curling Championships will be one for the birds, literally.

The Carleton Ravens will face the Memorial Sea-Hawks.

The Ravens advanced to Tuesday’s gold medal game with an 8-6 win over the defending champion Alberta Golden Bears.

“It feels great,” said Goodkey, on the opportunity to play for a national title. “It’s what we came here to do and to get there, it’s a pretty good feeling. We came out knowing we had to make shots and we made them, and good things happened.” 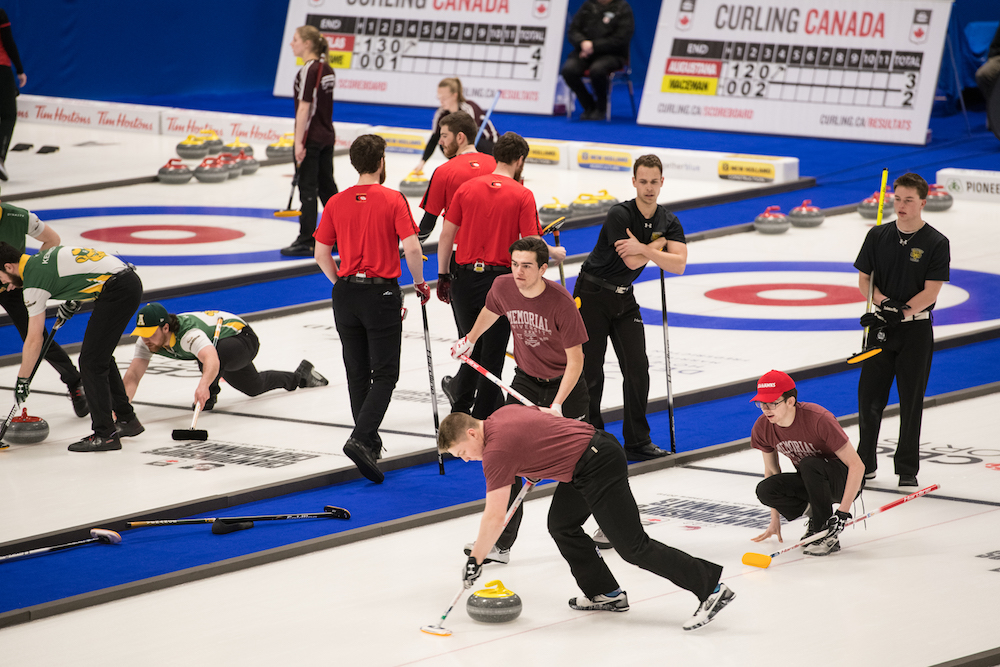 The Sea-Hawks scored three in the seventh end and two more in the ninth to beat a Tigers team that had finished the round-robin portion of the tournament with a 6-1 record.

“To be on the podium at a Canadian (national championship), it’s such a dream. I can’t even believe it,” said Blyde. “We played so solid, front to back. It was probably our best game of the whole season, to be honest.”

Brock’s Terri Weeks stole one in the 10th end to beat Queen’s.

The two teams engaged in a see-saw battle, never establishing a significant edge.

“The girls worked really hard to accomplish our goals,” said Weeks. “I’m so proud of how much work and resiliency they put into that game. It was really, really tough.”

The Gaels’ Mary Fay had a chance to win it in the 10th, but her final shot rolled too far, allowing the Badgers to steal the win.

“On any other day, Mary would’ve made that shot 10 out of 10 times,” said Weeks. “It was just really lucky that we got a miss out of her, because she was playing really well.” 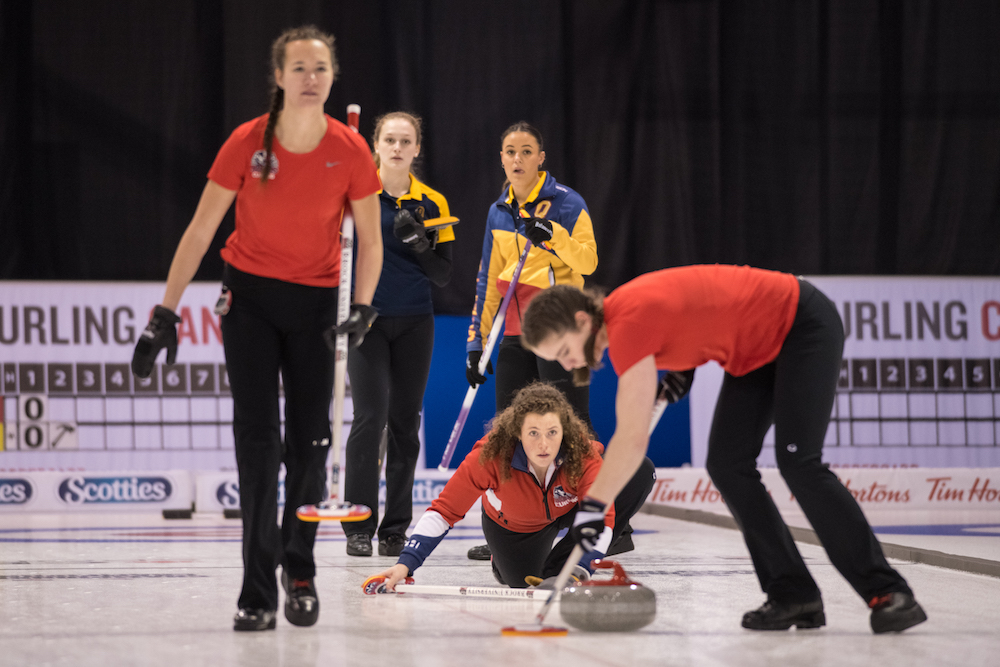 Laurentian’s Kira Brunton took control early, scoring twice in the second end, stealing another in the third, and adding three more in the fifth, en route to an 8-2 win over Dal’s Kaitlyn Jones.

Like Manuel, Jones finished the round-robin portion of the tournament atop the standings with a 6-1 record.

“It really wasn’t an easy game,” said Brunton. “All the ends were really close and it was a grind. The scoreboard didn’t really reflect everything that was going on.”

In the final round-robin draw for the men, Dal had already locked up their semifinal berth before the day began.

Still, they were business-like in a 7-2 win over Blyde and the Sea-Hawks.

The host UNB Reds fell behind 5-0, but scored in five consecutive ends to beat Lethbridge 9-7.

And the Ravens scored three in the fourth end, doubling Brock 8-4.

“It’s always good to take a three. We had our chance and took advantage of it,” said Goodkey. “It was a good win, we played well. We made a lot of shots and the outcome was good.”

“I wasn’t playing good for the first half, so I knew that I had to pick it up for the second half,” said Jones. “It was nice to get that first three on the board, to know that we were still in the game and we had the momentum from that point on and we just kept going with it.” 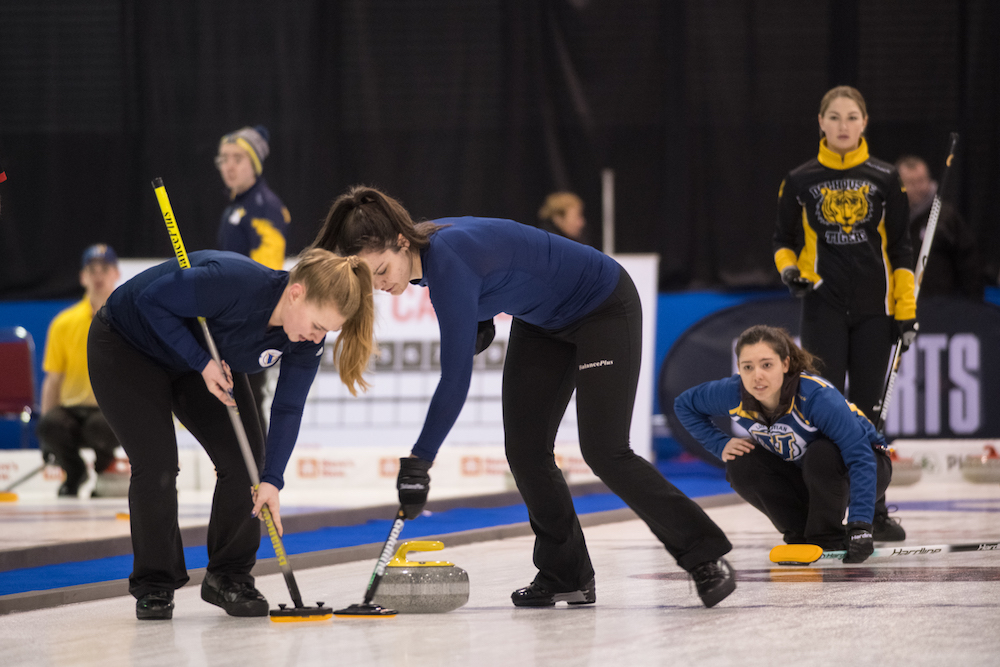 One sheet over, Weeks and the Badgers eliminated the defending champion, Selena Sturmay, with a 6-4 win over Alberta.

In other action, Mount Allison scored a 10-9 win over Regina, and Laurentian beat UNB’s Justine Comeau 8-5.