Past champions stood tall on Sunday to conclude the U SPORTS/Curling Canada Championships.

The winners have will now wear the Maple Leaf on their backs. The Laurier Golden Hawks men’s rink and the Alberta Pandas women’s team will represent Canada at the 2021 Winter World University Games in Lucerne, Switzerland.

“Anytime you get to represent your country at a world competition is an unreal feeling that never gets old,” said Alberta skip Selena Sturmay. 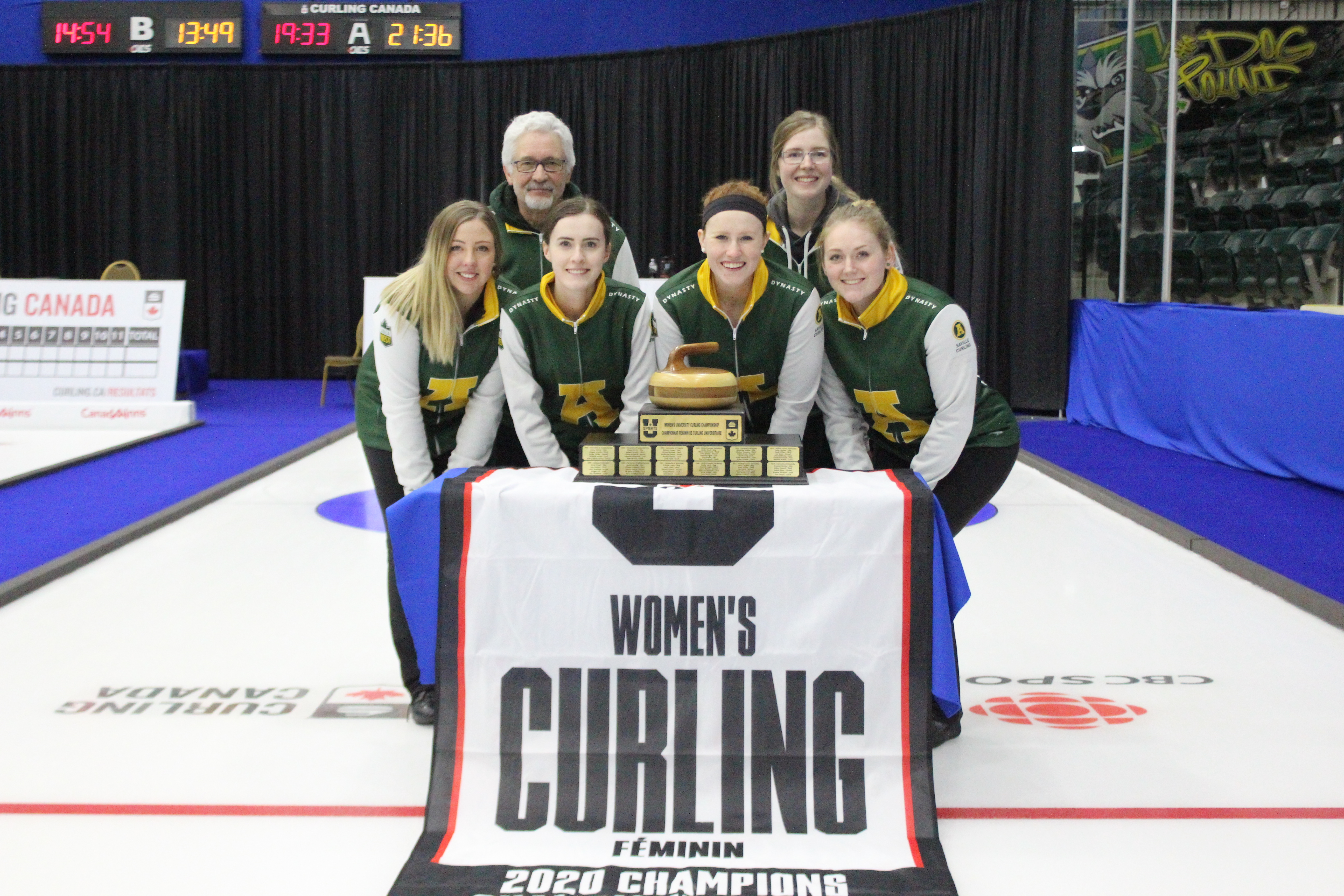 The Pandas stole seven straight points to power them to a 10-2 victory over the UNB Reds in the women’s final.

Sturmay made a clutch takeout through a port with her final stone in the second end and UNB’s draw with the hammer slid through the house to put the Pandas ahead 5-0.

The Pandas and Reds reached the gold medal game after winning their semifinals earlier in the day. Alberta stole a single point in seven and added a deuce in the ninth to prevail over the McMaster Marauders 8-4. UNB edged the Queen’s Gaels 5-3 after scoring one in the eighth and stealing a single point in nine.

Queen’s earned a 7-5 victory over McMaster to win the bronze medal.

On the men’s side, the Laurier Golden Hawks capped off an undefeated week with an 8-5 win over the Dalhousie Tigers in the final. The Hawks finished the round robin with a perfect 7-0 record and added two more wins in the playoffs.

“There are so many good teams, so to be able to win it and have such a great week is something you only dream of,” said Golden Hawks skip Matthew Hall. 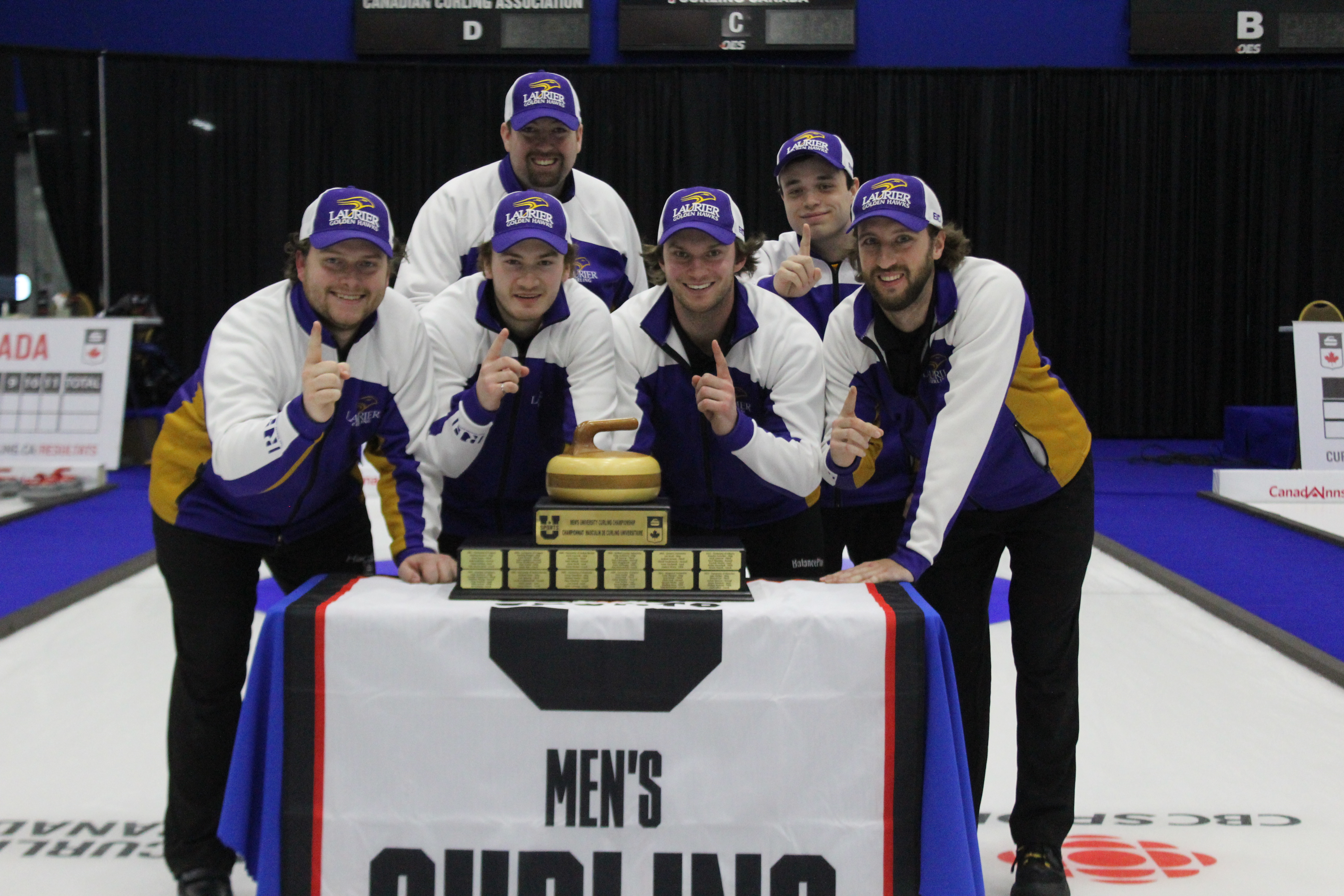 The Hawks scored three in the second and stole single points in the third and fourth ends against the Tigers.

Laurier last captured the national championship in 2015-16, with the program also earning the gold medal in the inaugural U SPORTS / Curling Canada Championship in 2007-08.

The Hawks and Tigers punched their ticket to the title game earlier in the day. Laurier’s four-ender in the seventh helped them double the Guelph Gryphons 8-4. In the other semi, Dalhousie defeated the Alberta Golden Bears 7-5 with three in the 10th end.

The Bears bounced back to win the bronze medal game 11-6 over the Gryphons.