The Victoria Vikes are one win away from defending their national championship.

The host Vikes defeated the Guelph Gryphons 3-0 in Game 1 of the best-of-three U SPORTS national championship on Friday evening at the UVic Field Hockey Turf.

The Vikes scored on their first shot in the first minute off a penalty corner.

“We had a fantastic start by scoring in the first minute,” said Vikes head coach Lynne Beecroft. We put them on their heels and gave us a bit of a piece of mind moving forward.” 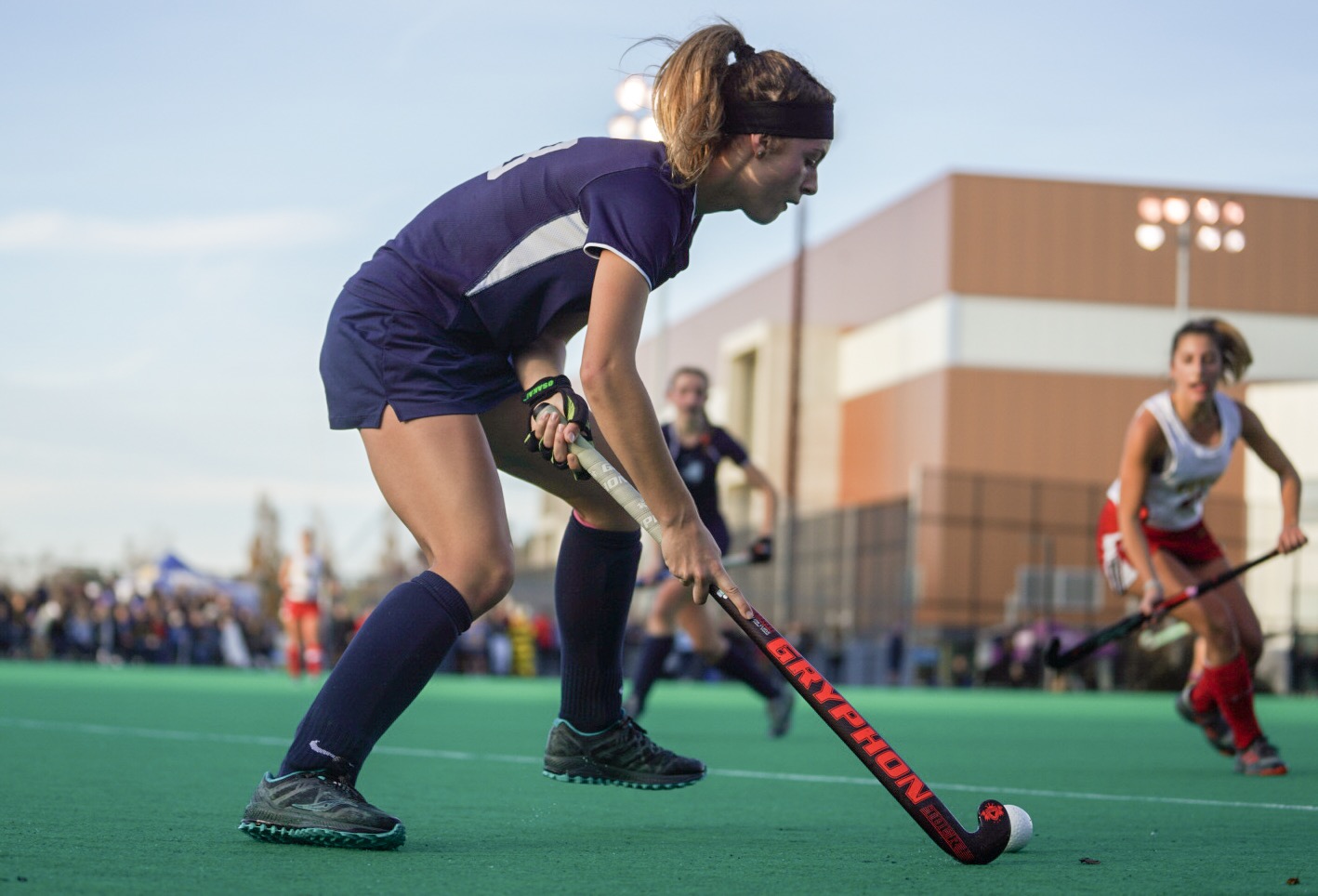 Alexa Corrado tried to answer back for the Gryphons with a nifty back-handed flip in tight and Katherine MacMillan deflected a second attempt moments later overtop the Vikes net.

In the second quarter, Jenna Berard took a corner for the Vikes. Melanie Robertson tried to roof it, but Hodgert gloved it down. Berard was first to it and tapped in the bouncing ball through Hodgert’s five-hole.

Playing their first game of the series on the water-based turf at UVic, the Gryphons struggled to get many scoring chances in the first half. Whenever they did, they were often surrounded by one of the three Vike defenders who were quick to bust up plays. 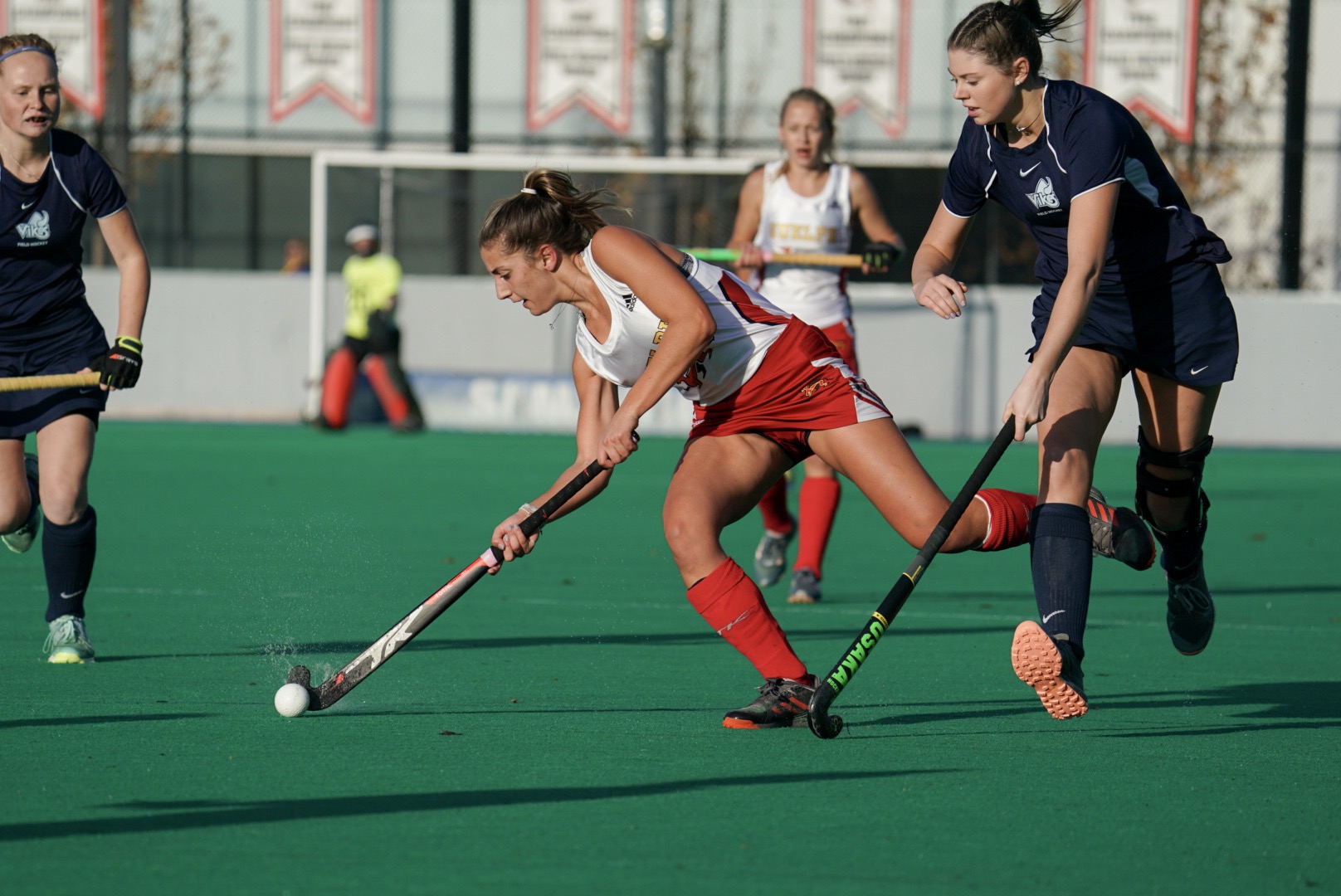 “Obviously the ball moves faster. You have to run a little quicker. You have to be first to the ball. You can see that Victoria’s really used to that,” said Guelph forward Katherine MacMillan, who was named U SPORTS Player of the Year on Thursday night. “We’ve played on it a couple times back at home but we’re not on it every morning and every night…We need to set up differently and keep working on our ball touches and being first to the ball. Those are just the little things that will make us successful.”

Four minutes into the third, Erin Dawson stripped the ball from Lauren Marcolini, ran in and chipped one of the right pad of Hodgert.

Dawson nearly delivered another in the fourth off a brilliant pass from Berard, but the goal was waved off as she made contact with the backhand side of her stick.

Vikes keeper Robin Fleming wasn’t overly busy but she was called upon for timely saves throughout. Her best work came in the third quarter, when MacMillan blasted a shot from outside and Kendra Puttick tipped it on net. Fleming was there at the last second to kick it out with her right foot.

“We know what the competition is like now and we’ll have a good night’s rest. We know that we can play with these guys and so we’ll come out really hard tomorrow and give them what’s going to be a really competitive game,” said Gryphons head coach Michelle Turley. “Nerves are gone now and we’re ready to play tomorrow.

The two teams resume action Saturday at 7 p.m. ET / 4 p.m. PT, with the Vikes looking to capture back-to-back McCrae Cup titles and their 13th title in school history. If the Gryphons win and force a Game 3, it will go on Sunday at 5 p.m. ET / 2 p.m.

“That was one of Judy’s best games this season. She cleared out everything in the circle and drove it up the field,” said Beecroft. “She had a lot of composure back there and used some high aerials to get over their first two lines which gave us some space.” 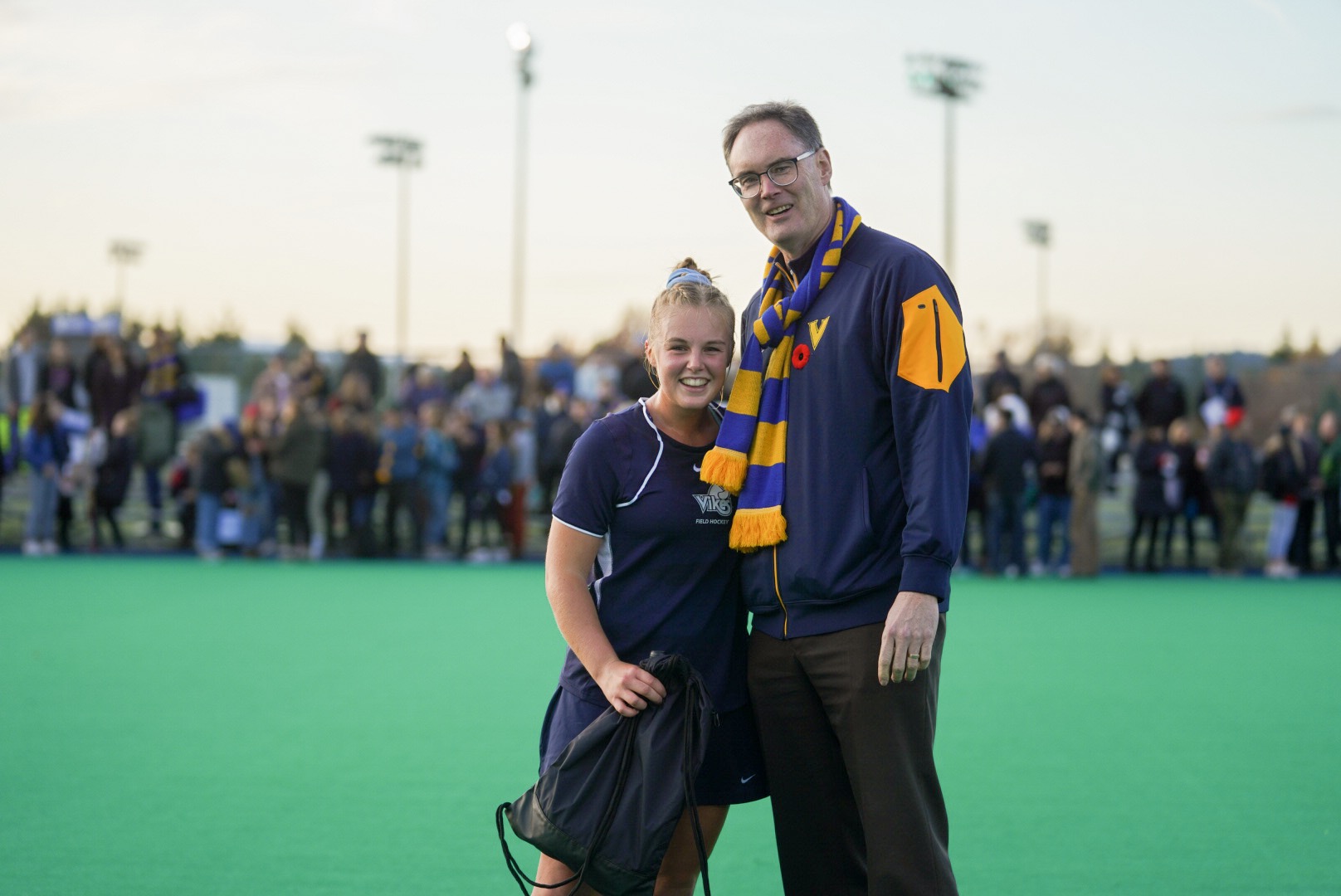 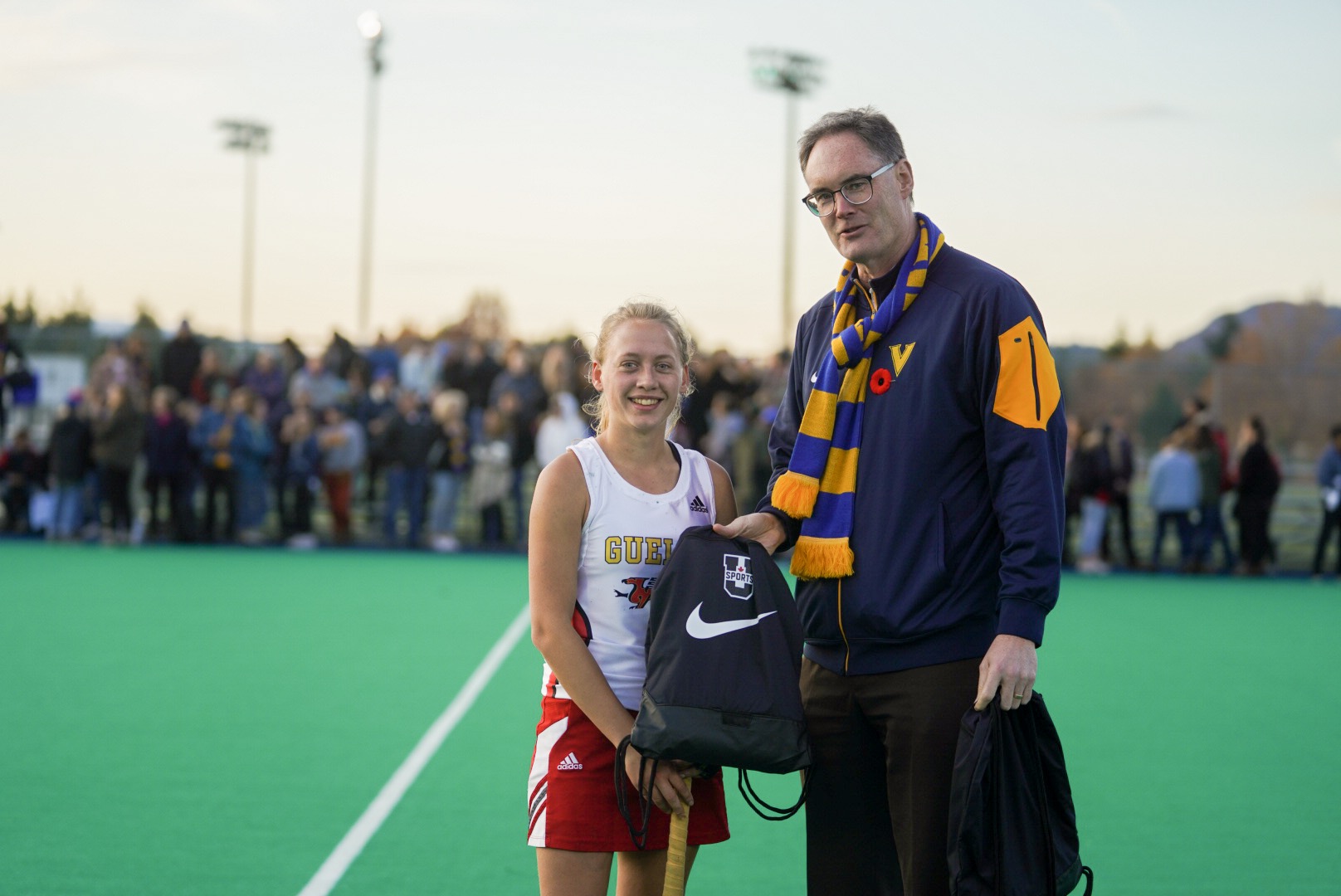