A career-high 30 points from Charlotte Kot led the Regina Cougars to a 66-63 win over the McGill Martlets at the Centre for Kinesiology, Health & Sport in Regina on Sunday afternoon, as the Cougars claimed the bronze medal at the 2018 U SPORTS Women’s Basketball Final 8.

“I didn’t have any doubts about us competing after last night’s loss,” Cougars head coach Dave Taylor said following the game. “We’re always competitors - we talked about wanting to finish the season on our home floor with a win, and I’m glad we did.”

Kyanna Giles also hit double digits for the Cougars with 10 points, while Sara Hubenig chipped in with nine and Christina McCusker added seven.

We’re always competitors - we talked about wanting to finish the season on our home floor with a win, and I’m glad we did.

Gladys Hakizimana led McGill with 18 points while Alex Kiss-Rusk had a double-double with 10 points and 11 boards.

After trailing 17-14 after the first quarter thanks to five McGill three pointers, the Cougars opened the second on a 12-2 run including a pair of Giles layups and a triple from Michaela Kleisinger. Regina went on to outscore the Martlets 23-14 in the second quarter, carrying a 37-31 lead into half. Kot had 14 points and three rebounds at the break, while Hakizimana was a perfect 4-4 from behind the arc on her way to 14 first-half points to pace McGill. 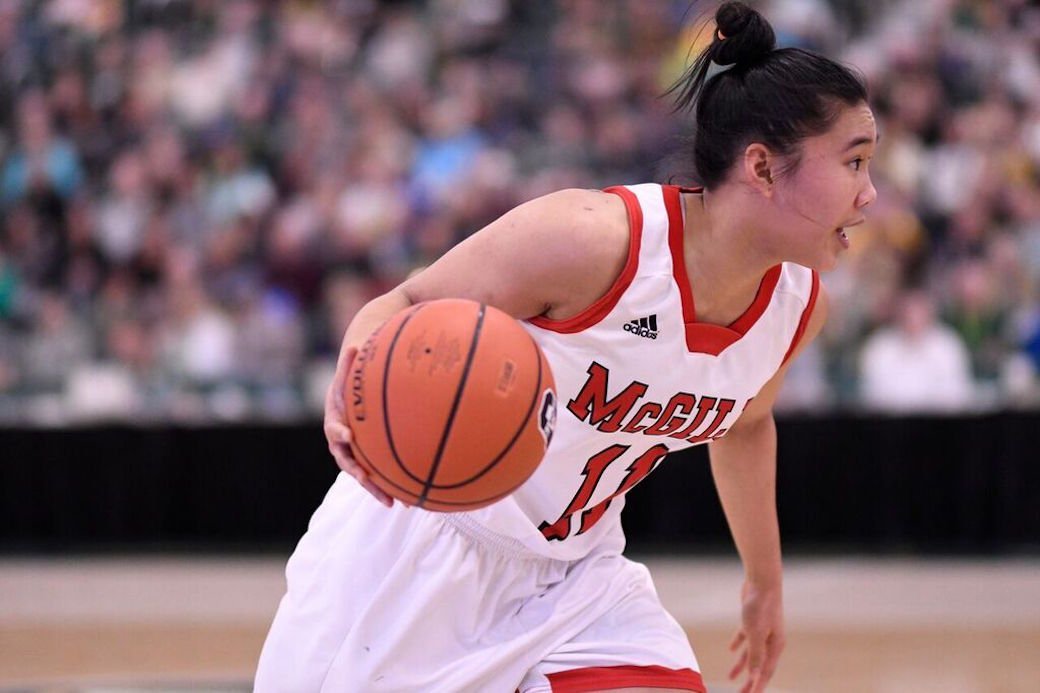 The Martlets turned up the defence in the third quarter, tying up the score with buckets from Marie-Love Michel, Hakizimana and Alex Kiss-Rusk. The first Cougar bucket of the second half didn’t come until four and a half minutes into the quarter when Kot hit a midrange jumpshot. That shot got the fifth-year forward going, as she scored the first 10 points for the Cougars in the frame. Hubenig pitched in with a triple as Regina closed the third with a 12-2 run to go up 55-43 for the first double-digit advantage of the game.

McGill tightened up on Kot in the fourth, and three fourth-quarter long balls from Stephanie Guinois-Cote brought McGill back within two points with less than 25 seconds to play. Hubenig split a pair of free throws, giving the Martlets a chance to tie on the last possession, but Hakizimana’s attempt from distance sailed wide of the rim.

Kot, who poured in 14 points in the third quarter, became the first Cougar since Lindsay Ledingham in 2011 to hit the 30-point plateau.

“I’m happy for her,” Taylor added. “She’s meant so much to our program and I’m thrilled to have her go out like that. It’s the second-best ending we could have hoped for.”

The No. 2-seeded Cougars claim their first national medal since 2013 when they picked up a silver medal on home court, falling to the Windsor Lancers in the national final. McGill settles for fourth place after beating McMaster on Thursday and falling to Carleton on Saturday.