Raphaëlle Côté and Jane Gagné both had double-doubles to lead Laval to a 74-63 win over Acadia on Friday night in the second U SPORTS consolation semifinal at the Centre for Kinesiology, Health & Sport.

Gagné led all players with 23 points and added 10 rebounds, while Côté had 17 points and a game-high 11 rebounds in a contest that saw Laval build up a 16-point lead in the second quarter before having to hold off a charge by Acadia shortly after halftime. 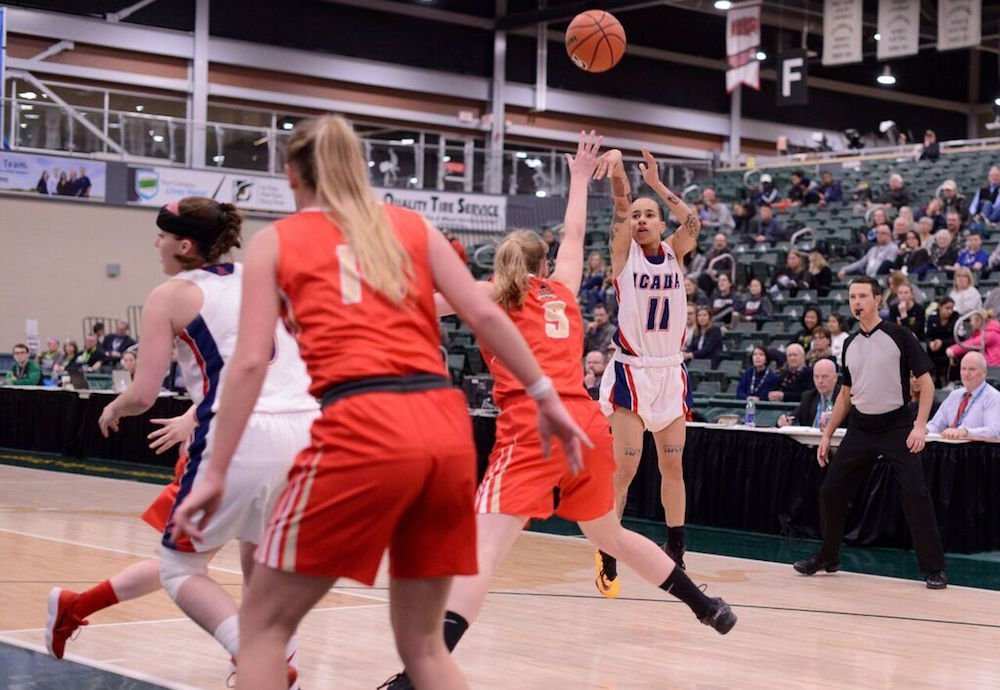 “We shot the ball really well early, and that opened up a couple of lanes for us later in the game,” third-year Laval head coach Guillaume Giroux said. “We defended really well the first half, too, and that was about pride. We got kicked a bit yesterday by a really good team, but I told the girls that I wanted to fight for fifth and I’m happy we’ll get that chance tomorrow.”

We got kicked a bit yesterday by a really good team, but I told the girls that I wanted to fight for fifth and I’m happy we’ll get that chance tomorrow.

Laval never trailed, and built up its largest lead of the game after four three-pointers in five possessions in the second quarter put the Rouge et Or up by a score of 33-17. Claudia Émond hit the first two of those three-pointers before Gagné and Côté got into the act with triples of their own.

But while Laval took an 11-point lead into halftime, it quickly evaporated after the break.

Acadia scored on its first five possessions of the third quarter, including back-to-back three-pointers by Ellen Hatt to open up the half. That cut the Laval lead to just three, but that was as close as Acadia would come as the Rouge et Or pulled away again and led by double digits for much of the fourth quarter.

Acadia had one last chance at a fairly improbable comeback after a four-point-play by Chanel Smith with just under two minutes to go got the Axewomen to within six, but Laval’s Gagné immediately responded with a three of her own to all but seal the win for the Rouge et Or.

Besides the double-doubles from Côté and Gagné, Laval also had an 11-point, five-assist performance from Sarah-Jane Marois. 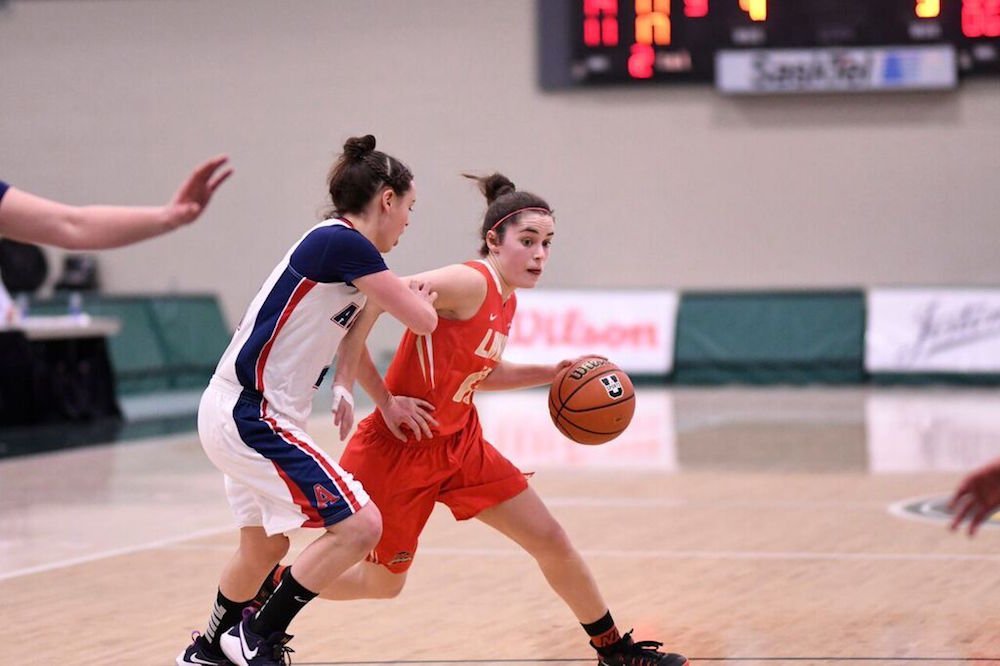 Nan Cop Award recipient as U SPORTS Player of the Year Paloma Anderson led Acadia with 17 points and added six rebounds, three assists, and three steals in her final game in an Axewomen uniform. Three other Acadia players hit double figures in scoring, including Hatt and Alexandra Berry both with 11 points and Smith with 10 points.

Laval’s win sets up a clash for fifth place against Calgary on Saturday at 12 p.m. ET / 9 a.m. PT

“Honestly, we don’t know as much about Calgary but we have seen some tape on them when we scouted Regina,” Giroux said. “At this point, I’d hope that our players will be ready for anything and I expect a good game tomorrow.”

Consolation Semifinal #1: Dinos come back for consolation victory against McMaster