The Carleton Ravens started slowly, but finished strong and picked up their first national title in school history with a 69-48 win over Saskatchewan in the final game of the 2018 U SPORTS Women’s Basketball Final 8 Championship at the Centre for Kinesiology, Health & Sport.

Saskatchewan led by as many as seven points in the early going, but the Carleton train picked up some steam in the second quarter and the No. 1-seeded Ravens simply took over after halftime. Carleton went on a 15-4 run in the third that started with Nicole Gilmore three-pointers on consecutive possessions, and the vaunted Ravens defence ended any hope of a Saskatchewan comeback by surrendering only four points in the first seven minutes of the fourth quarter. 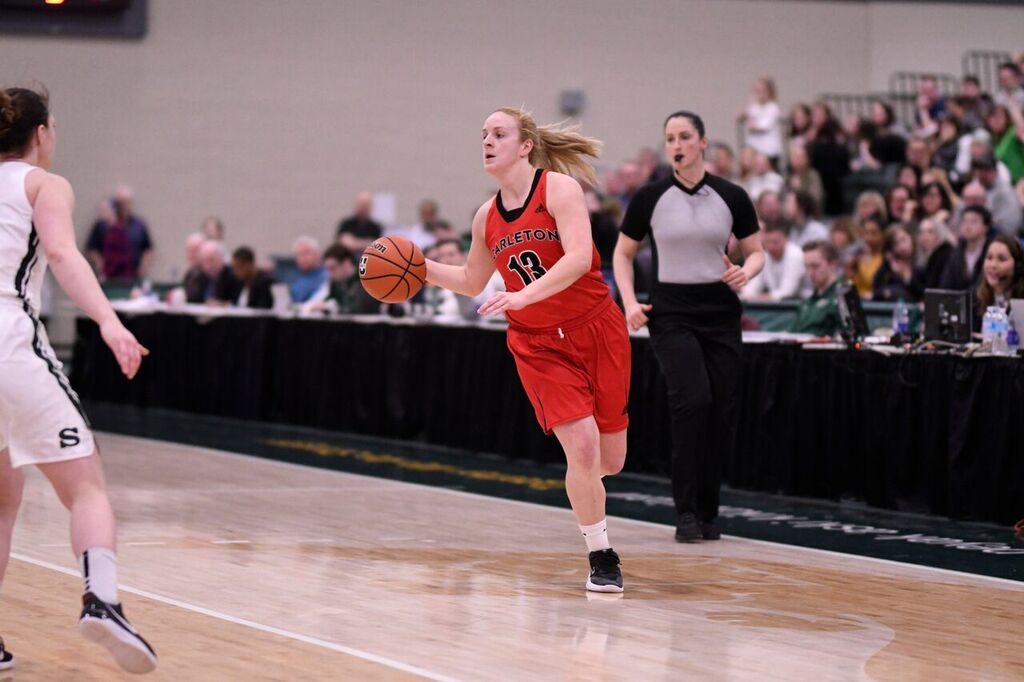 The Ravens’ offence was led by another fifth-year player in Catherine Traer, who transferred to Carleton from crosstown rival Ottawa two seasons ago to pursue a master’s degree in political science. Traer hit three triples and not only finished with a game-high 21 points, but added 10 rebounds to collect a double-double. 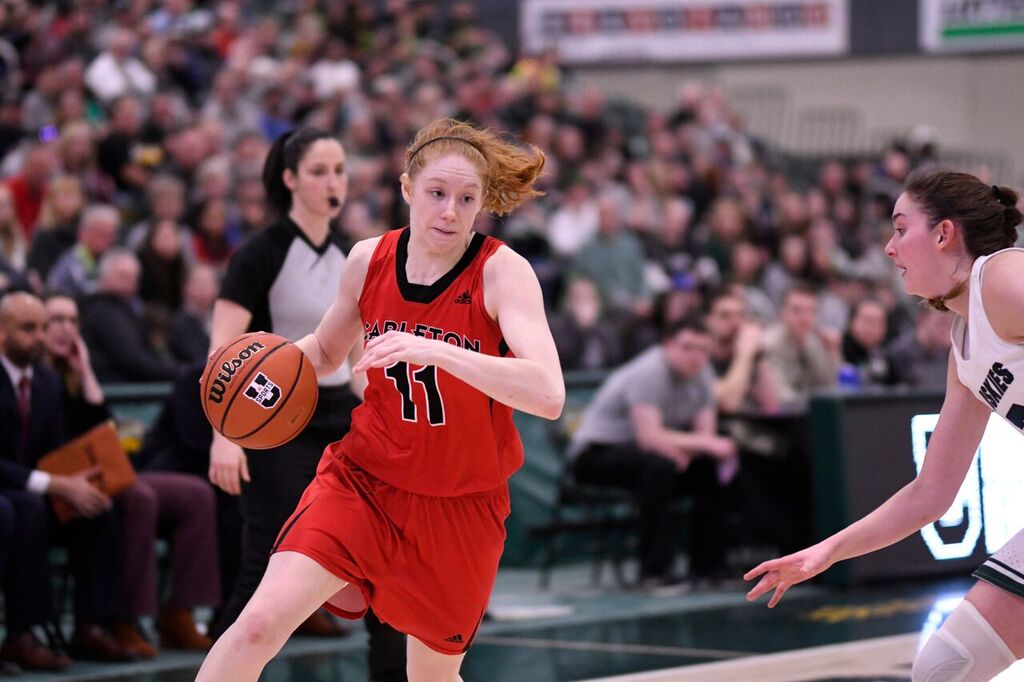 Elizabeth Leblanc added 12 points and nine rebounds for Carleton, while Cynthia Dupont again played a huge role off the bench for the Ravens and finished with 14 points in 27 minutes played. While Lindsay wasn’t huge on the offensive side of the ball with four points, she pulled down nine rebounds and had a game-high four blocks.

It’s been a lot of hard work and I’m just relieved we were able to get it done. 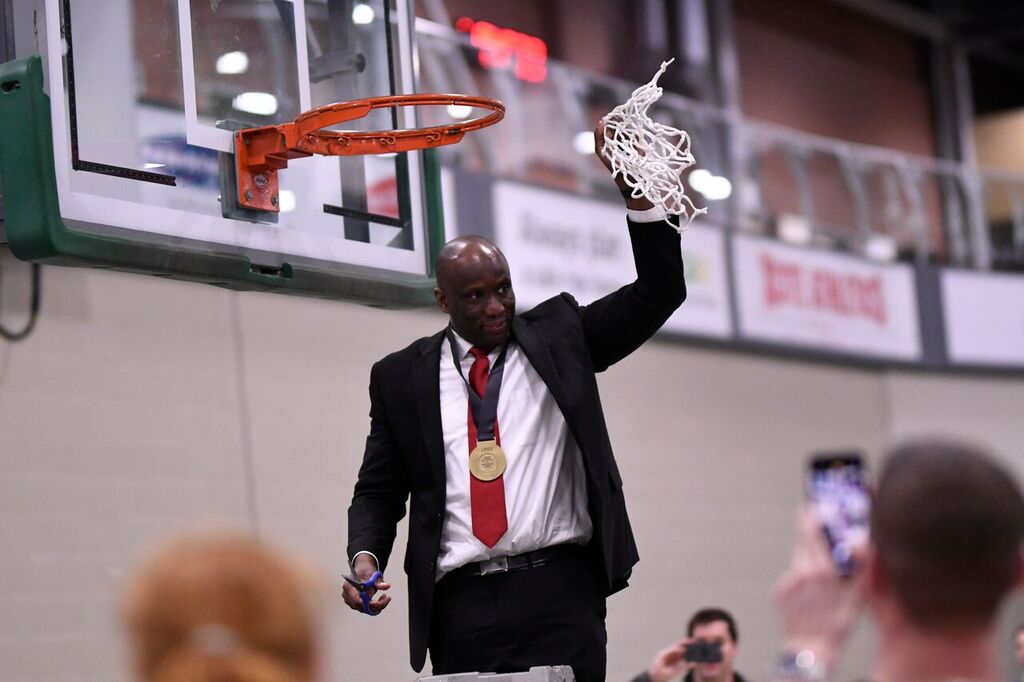 Saskatchewan was led by second-year forward Summer Masikewich, who led Saskatchewan with 19 points and had a game-high 12 rebounds. Libby Epoch finished with eight points, eight rebounds, four assists, and three steals for a Huskies team that shot just 2-for-13 from three-point range less than 24 hours after they shot 14-for-28 from beyond the arc in their upset win over tournament host and No. 2 seed Regina.

The Huskies looked like they’d started out exactly where they left off from their semifinal win over the Cougars on Saturday night after strong play from Masikewich helped No. 6-seeded Saskatchewan out to a 13-6 lead in the first quarter. But Carleton clamped down on defence in the second, allowing just 10 points by the Huskies while Traer went off for eight points to help the Ravens go into the break trailing by just one. 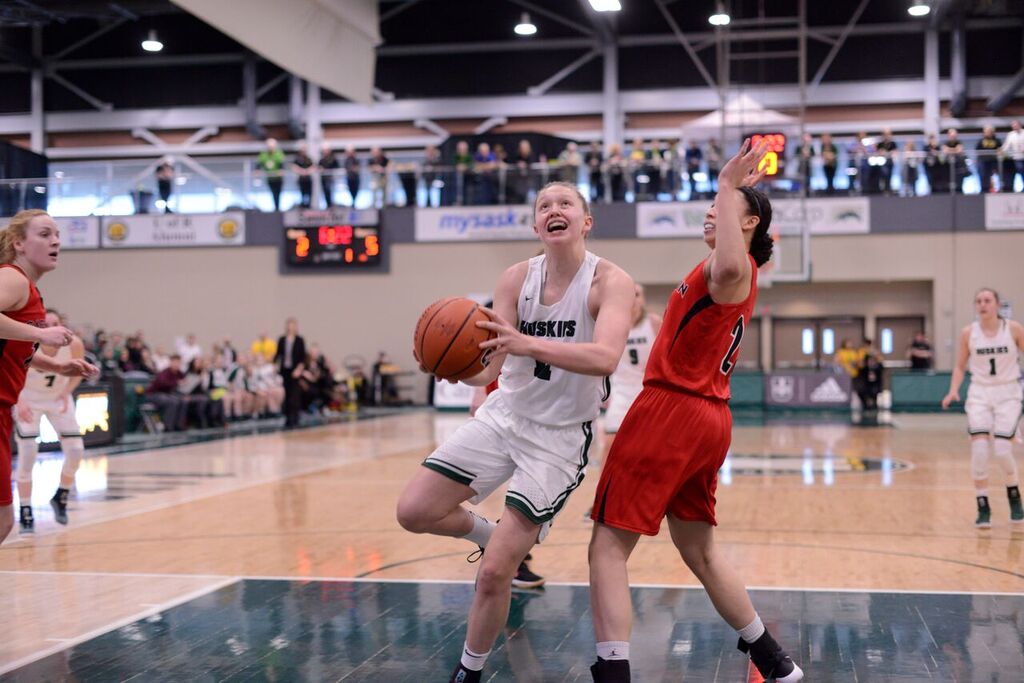 Sabine Dukate’s lone three-pointer of the night put the Huskies up 28-26 in the early stages of the third, but that turned out to be Saskatchewan’s final lead of the contest. Gilmore’s back-to-back threes soon followed, and another triple by Traer and a three-point play by Dupont swung all the momentum towards the Ravens’ side.

The fourth quarter was all Carleton, as the Ravens scored 17 of the first 19 points of the final period to put it away.

Shoot For The Cure: U SPORTS women’s basketball programs raise over $118,000 to fight breast cancer