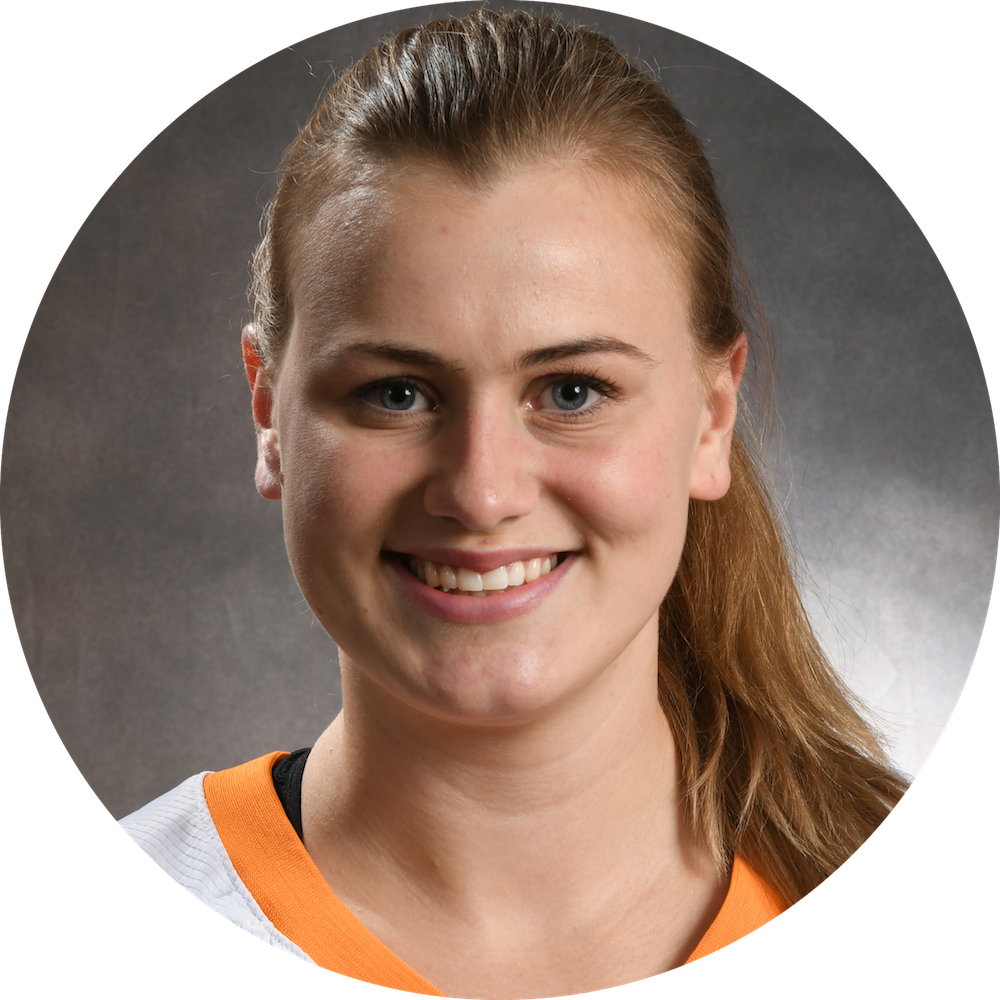 1. What attracted you to Cape Breton University?

I grew up idolizing the Capers Women’s Basketball team. I started going to Capers basketball camps at a fairly young age and got to get to know the players and Coach Fabian McKenzie through that. I also spent lots of weekends sitting on the sidelines and watching them play in front of a huge audience of supportive fans. 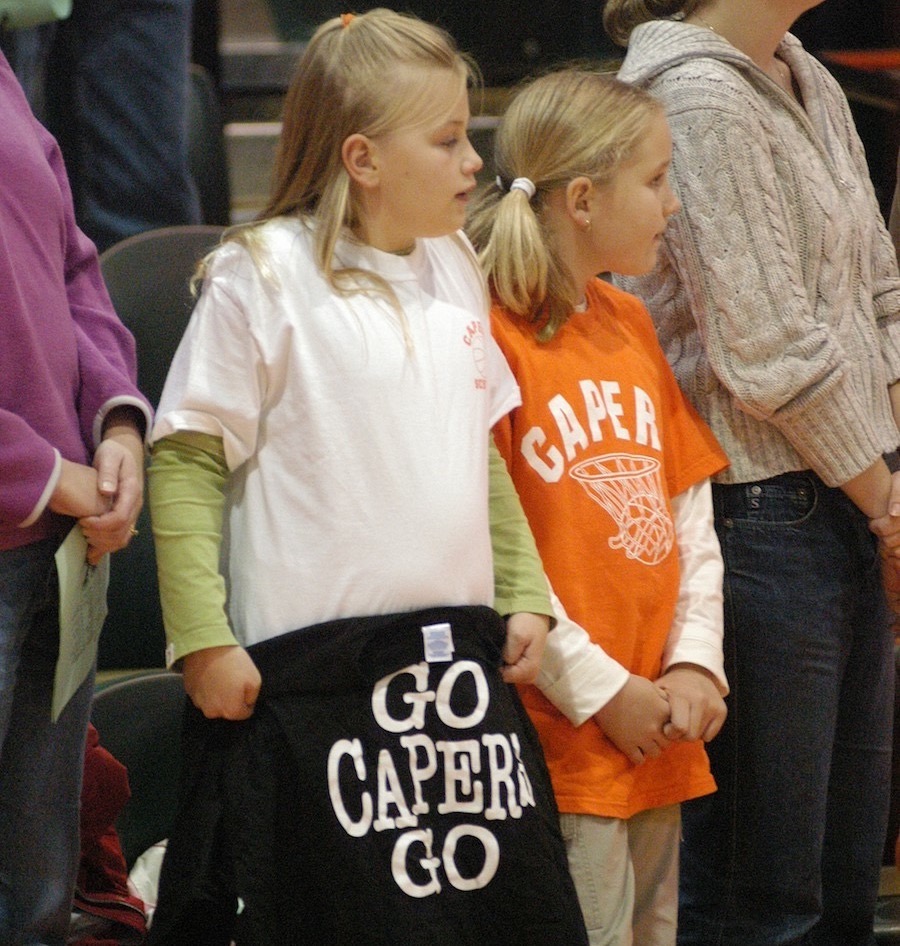 Spectating from the sidelines definitely painted the picture of the jersey I wanted to wear someday. I knew that it would take a lot of work and dedication, but the excitement from those games, along with the coaches who invested so much time and energy into my basketball career helped me accomplish those goals. I knew that becoming a Caper would mean being part of something truly special.

My favorite memory as a U SPORTS student-athlete would definitely be winning an AUS Championship in the 2016-2017 season. It was such an unbelievable feeling knowing that all of our hard work had finally paid off. I will never forget that final ten seconds of the game when the excitement started to generate from the sidelines and our team started to realize that our dream was finally coming true. I remember walking up to one of the 5th years on our team, giving her a huge hug, and all of a sudden I could hear a rush of people running towards us screaming. 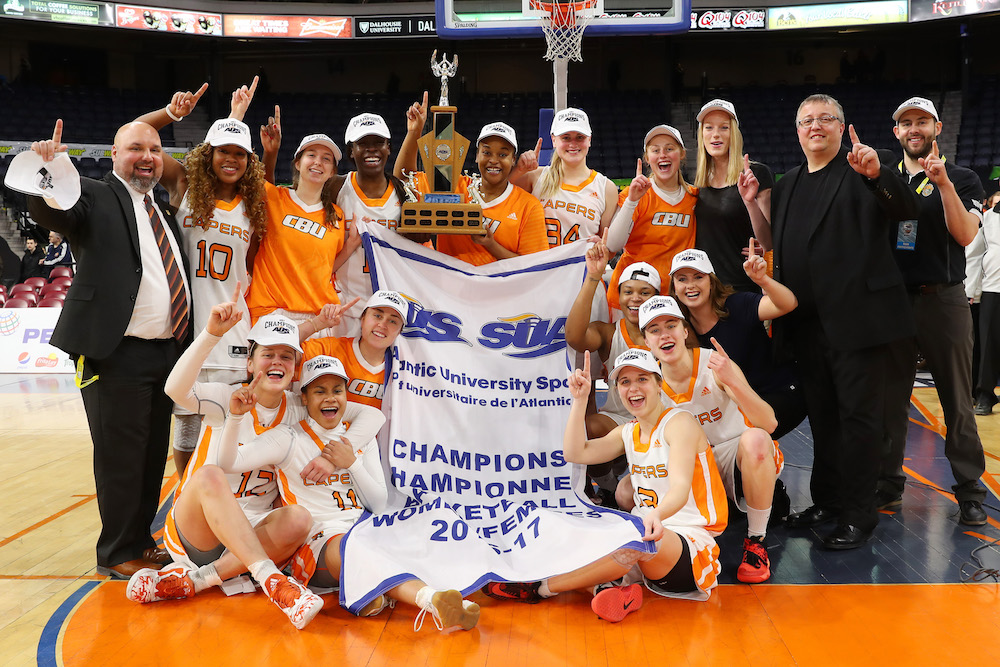 It was expected to jump around as a team to celebrate the big win, but when I looked up I noticed that the entire Orange Army was there screaming and cheering with joy along with us, I felt a huge sense of pride knowing the team and the Island we were representing on that day.

I am currently in the final year of my Bachelor in Business Administration degree at CBU. I will graduate with a double Concentration in Human Resources and Coop Internships. My goal is to be able to help and influence people in a positive way. My intentions are to do this through both coaching and my career. My basketball career would not have been possible without the countless hours so many volunteers have dedicated in the gym with my teams, so I want to be able to give back as much as I can. I feel as though teaching young people some of the things I have learned over the years will keep my love for the game alive.

My family has definitely had the biggest influence on my career. I have come from a long line of hard workers who dedicate countless hours into the things that they love. Through observation, I was able to see that nothing good comes easy, and being able to sit back knowing that all of your work has paid off is a pretty special feeling. My family always ensured that I was set up with the tools to succeed. My mother would always put me in camps and ensure that I was given all the opportunities I needed to be good. My dad spent a lot of early mornings driving me to the gym for early morning workouts with my teams and my little sister has sat through a lot of games cheering and supporting me from the sidelines. Without that kind of support along the way, I would never have been able to achieve as much as I have throughout my athletic career.

I personally would love to have dinner with Serena Williams. She is such a strong and powerful woman. It would be a pretty surreal experience to be able to sit and pick her brain and discuss possible obstacles she has had to overcome throughout her career.

I try not to give myself a specific routine to follow on game days so that in the event of something not going as planned, I am able to be flexible and roll with it. However, one thing I love to do before games is shoot about two hours before to get the jitters out. Particularly for our home games I like to play music over the speaker and jump around and do silly things to make my teammates laugh while they are shooting. 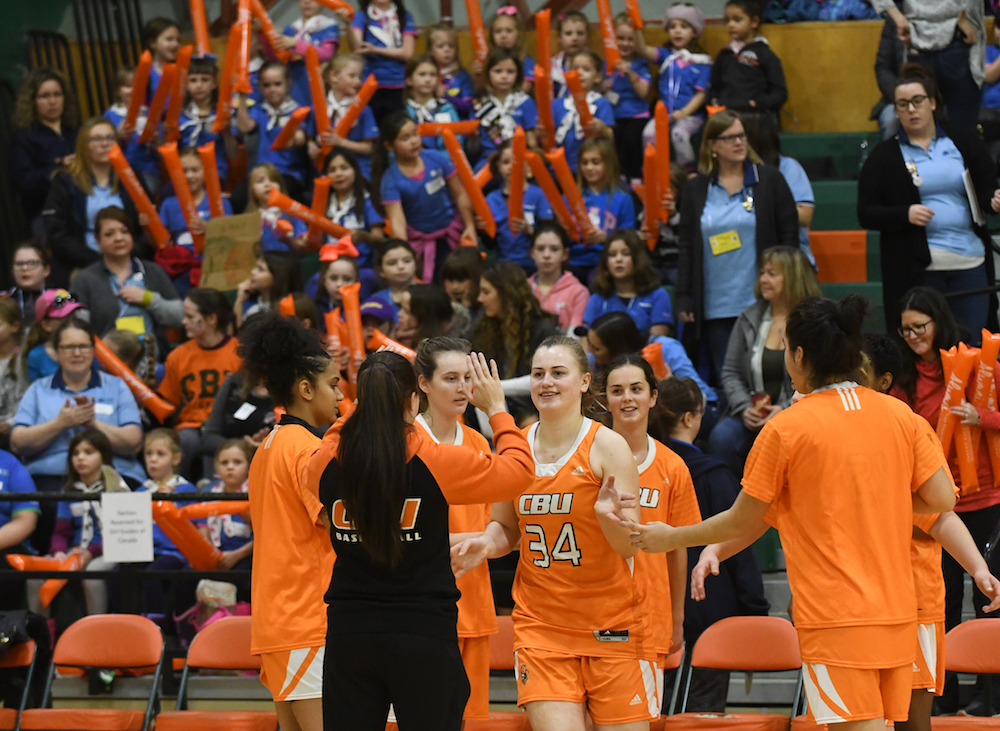 I try to alleviate some of the stressors that can be added to a game by loosening up and fooling around before we have to lock in for game time. Recently I have found a love for Queen and love listening to their greatest hits album. However, because my teammates don’t want to listen to that type of music before games I am forced to wear my headphones.

My favorite pump up song is definitely Thunderstruck by ACDC. When I first started playing basketball I would make my parents put that CD in before every game so that 9 year old me could pump myself up for my elementary games. To this day when I listen to it I get goosebumps. I can’t imagine that it will ever not be on my pre game pump up playlists.

Aside from the various meme accounts I follow, I particularly like to follow Earthy Andy. She is a woman who lives in Hawaii and has this adorable little family. I travelled to Hawaii a few years ago with friends so by following her it gives me an opportunity to reminisce about our trip.

I would love to try rugby. It is such a physical sport I can only imagine how difficult it must be to play.

I have had several extremely embarrassing moments as an athlete, however I would have to mention the several times I have scored on my own net. To name one in particular, a high school game in my grade 11 year against our rivalry team. We were down by 8 with around 5 minutes left in the fourth quarter when the opposing team scored on us. In an effort to get another quick score they began to pressure us. For some reason I had a mental lapse around that time and ended up getting the ball and scoring on my own net. Turns out they didn’t need to pressure, I just went in and scored for them. We ended up losing by 12, no thanks to the quick layup I got for our opposition.

Getting to know your U SPORTS coaches: Cheryl Jean-Paul, Trinity Western Spartans