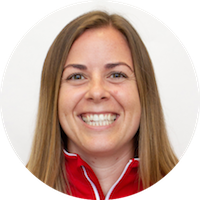 1. How did you first get involved in coaching? What was your path to your position as head coach of York University?

I first got involved in coaching when I was in junior high. My main summer job was working summer basketball camps in my home town of Sussex, N.B., where my dad coached. Then after my playing career, I became a teacher and started coaching high school girls and boys at Trinity College School.

Through coaching high school, I ended up getting involved with the Canada Basketball Centre for Performance, which led to coaching opportunities with the junior development program and Team Ontario. Working with the elite-level athletes and coaches in the provincial and national programs really solidified my passion for becoming a full-time coach, so I decided to quit my teaching job and focus fully on coaching.

My dad for sure. He turned the small town where I grew up into a real basketball town. He was the coach of the senior boys’ high school team and took them from being one of the worst teams in the province to being provincial champions in the 1990s.

I grew up being a ball girl and following my dad’s team around, so I was able to see the influence and impact he had on so many people in our town. That really shaped how I want to coach and the impact I want to leave on the people around me.

I think anyone who knows me or sees me coach would say that I’m very passionate. I’m very passionate about the sport of basketball and being a coach, and I want to do everything in my power to help facilitate the growth and development of our student-athletes both on the court and in the classroom. 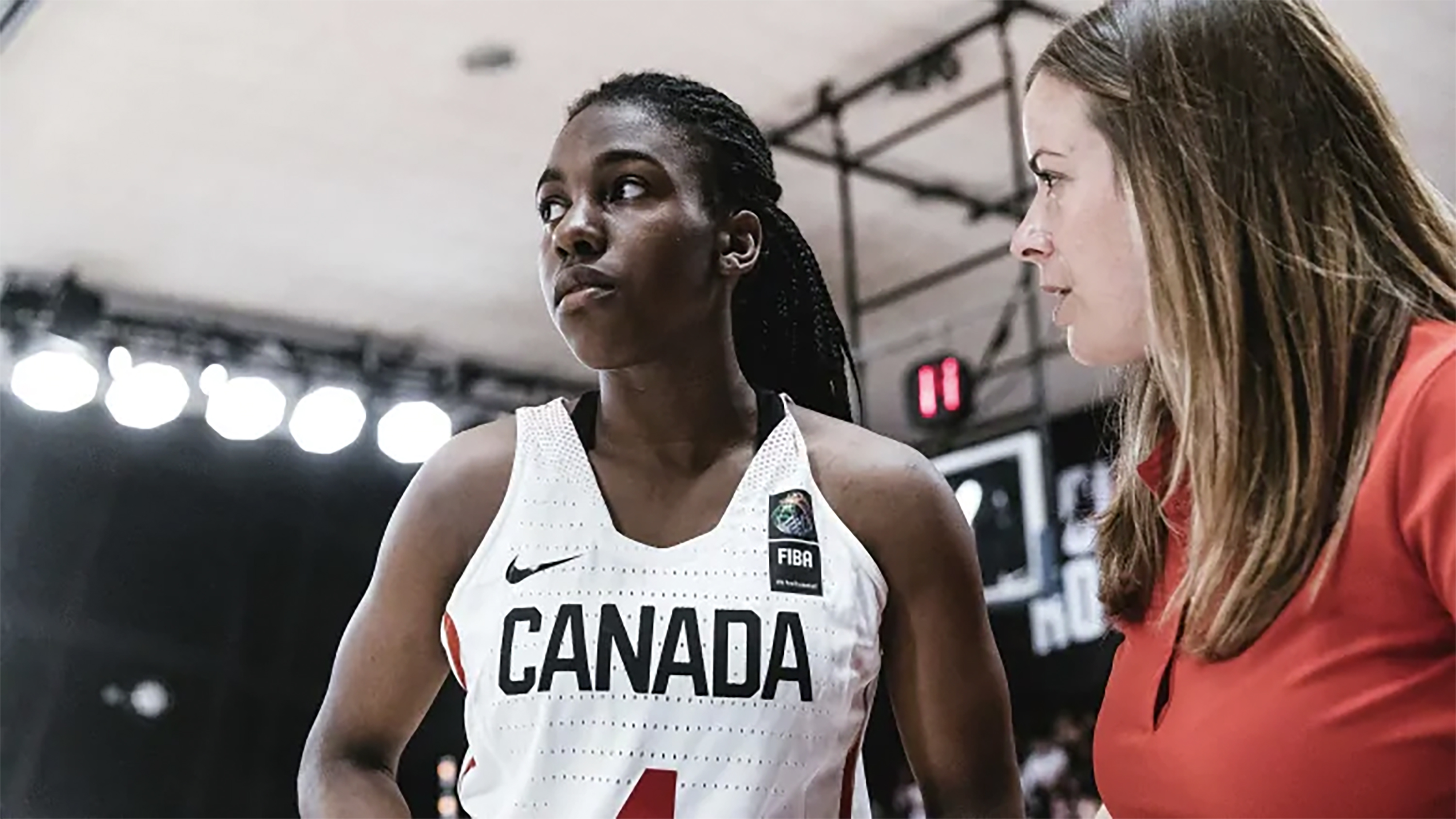 Aside from my dad, I would say John Wooden. His accomplishments speak for themselves but the biggest thing I think of with him is that famous picture of him and Kareem Abdul-Jabbar on the court during his playing career.

Coach Wooden helped Kareem and countless other players achieve their goals and reach great heights on and off the court. And then 40 years later, seeing Kareem help Coach Wooden walk on and off the court when he was receiving all of his coaching accolades. I think that really shows the lifelong impact that you can have on people and the longstanding relationships you can develop with players as a coach.

Rapping my pre-game talks. I take popular hip-hop songs and re-write the lyrics to be about our players and our team and rap my pre-game talk. I started it at Lethbridge, and I think it helps decrease the team’s nerves and allows us to be a bit more loose going into a game.

I talk a lot to our players about getting outside of their comfort zone, and for sure rapping is definitely not in my comfort zone. So I think if I’m able to show that I can do what I’m asking them to do, it allows them to loosen up, laugh a little bit at my expense and be ready to play.

Winning our first playoff game in 11 years with York this past year and seeing the growth our program has achieved in the last four years. When I took over as head coach, we were at the bottom of the OUA and we’ve been through a lot of challenges over the course of my time here.

With this year’s group specifically, 12 of the 14 players were returning from last year’s team and it was just really exciting to see them feel the weight of that playoff victory lifted off their shoulders and see the belief in themselves that they can accomplish great things together.

For athletes, only the top one or two per cent of high school athletes play at the university level, and once they get to that point I think that so much of their success is tied to getting outside of their comfort zone. For young athletes, it’s important to challenge yourself by playing with a different groups of athletes, who are better, faster and stronger. Challenge yourself and be okay with being outside your comfort zone.

For athlete’s parents, my advice would be to hold your kids accountable to their work ethic and commitment but don’t focus on the outcomes of games since there is bound to be setbacks and disappointments along the way. Just support your kids and love them no matter what the results are in sport. 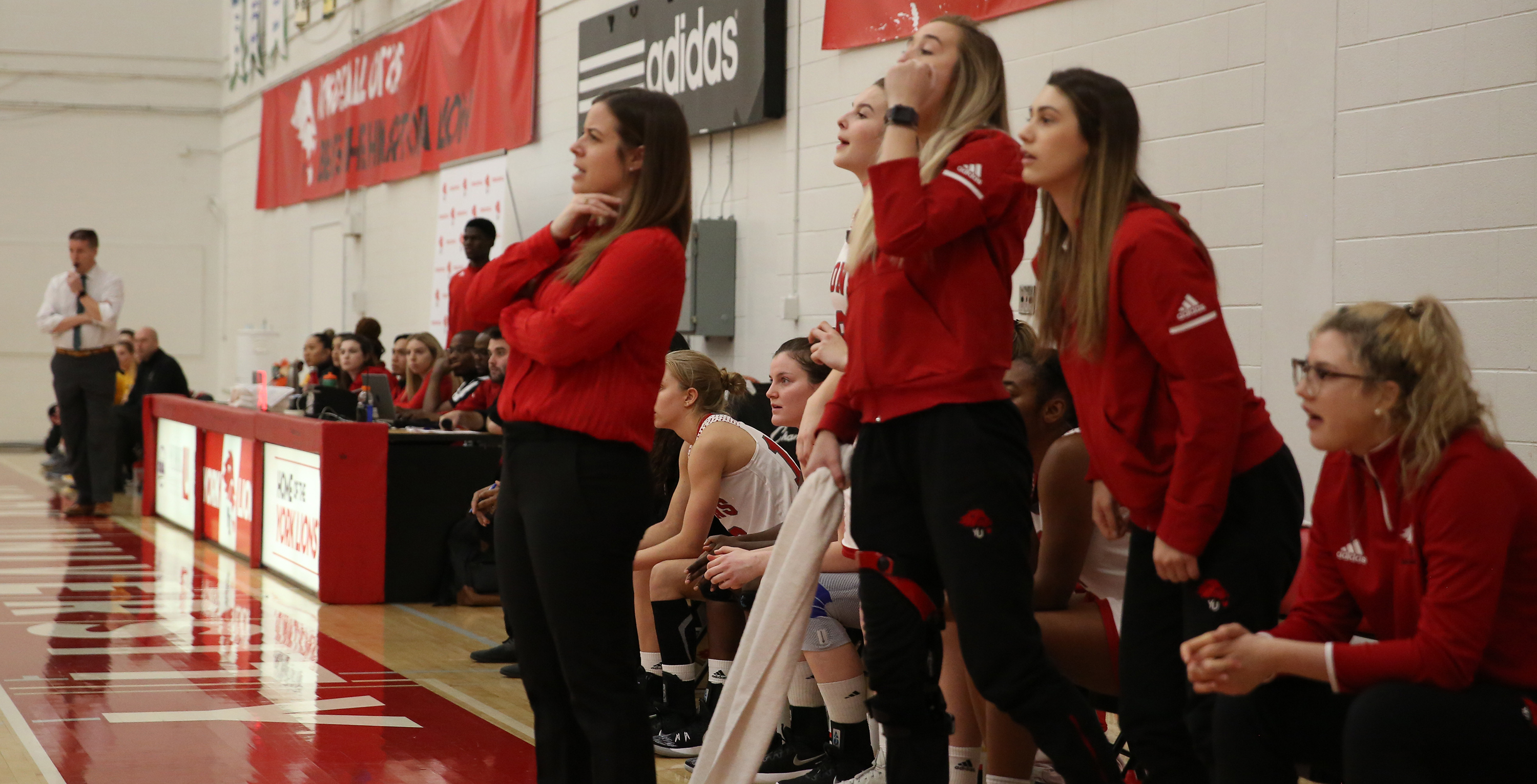 The values of hard work and communication have always been a focus for me, as I believe that we are in control of both. I also value teamwork and on holding people accountable and I have always made sure my teams value working together to achieve our goals.

Over my career I have become better at prioritizing, picking my battles, and adjusting my focus. As a perfectionist, I used to be bothered by a lot of things but I’ve learned to focus on the process and what’s really important and not get too distracted by the wins and losses along the way.

When I’m not in coaching mode (which seems to be rare these days!) I enjoy spending time with family and friends, hiking, travelling, working out, and going camping.

I was coaching the U17 Alberta provincial team in South Korea and we had a translator travelling everywhere with the team. The embarrassing moment was me not understanding the etiquette for communicating with the officials.

My “communication style” was considered aggressive, especially since I had to go through a translator, who nervously had to try to translate my frustrations to the refs. It was especially frustrating when he would ask me to repeat what I was trying to say, and I would get exasperated trying to get my point across in a timely manner. The officials weren’t overly receptive to my complaints in English or Korean. I found out later it was considered inappropriate by the Korean government officials who were also in attendance. Needless to say, I was very embarrassed by the fact that I could have caused an international incident!