Laurentian guard Kadre Gray was honoured with the Mike Moser Memorial Trophy as U SPORTS men’s basketball Player of the Year Wednesday night, as the national award winners were celebrated at the annual All-Canadian gala.

Saint Mary’s guard Nikita Kasongo captured the Dr. Peter Mullins Trophy as Rookie of the Year, while Dalhousie forward Sven Stammberger earned the Ken Shields Award for Student-Athlete Community Service for his outstanding contribution both on and off the court. Carleton guard Marcus Anderson took home Defensive Player of the Year honours and his bench boss Dave Smart received the Stuart W. Aberdeen Memorial Trophy as Coach of the Year. 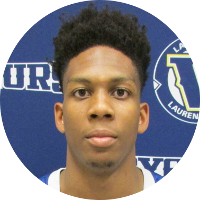 Kadre Gray of the Laurentian Voyageurs is the winner of the Mike Moser Memorial Trophy, given to the U SPORTS Player of the Year, while also being named a U SPORTS First Team All-Canadian.

The 6-foot-1 guard led the OUA and was second in U SPORTS in scoring this season, averaging 24.4 points per game. Last year’s U SPORTS Rookie of the Year, Gray becomes the first Voyageur to be honoured as the Payer of the Year at the national level in 40 years when Charlie Wise had the honours in 1977-78.

Gray’s stat line dominance was evidenced by his three triple-doubles this season, which is even more exceptional given the fact that the OUA had not seen a single triple-double since a game in November 2013. On top of his triple-doubles, Gray tallied a double-double in another seven games, topped 25 points 10 different times and dished out a league-wide, single-game high, 14 assists not once, but twice this season.

Beyond his personal success, Gray was also a catalyst for Laurentian’s most successful team in years, as the Voyageurs climbed to as high as fifth in the national rankings.  He helped spearhead a seven-game improvement over last season, helping guide the team to a 16-7 conference record, the most wins the blue and gold had seen since the Wilson Cup winning team of 2000.

Gray’s U SPORTS First Team All-Canadian nod is also the first All-Canadian for a Voyageur since 2000 when Ted Dongelmans was given then honour.

Kadre's work ethic is second to none. This offseason his mindset was to improve in every aspect of the game and encourage the rest of the team to do this as well.  The results were amazing to witness. The maturity at which he plays the game is well beyond his years. As dedicated as he is to his team and improving on the court he is equally dedicated off the court.  The community in Sudbury has very much taken to his work ethic and his thoughtfulness. We are proud of his accomplishment and glad to see all the work he has put in get recognized. 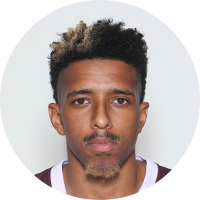 The 2017-18 U SPORTS Rookie of the Year is Nikita Kasongo of the Saint Mary's Huskies.

A 6-foot-4 guard from Montreal, Que., Kasongo started in all 20 of the Huskies’ regular season games.

He led all freshman scorers, averaging 18.9 points per game, good for fifth overall in the AUS conference and second in team scoring, behind only Saint Mary's first team all-star Kemar Alleyne. 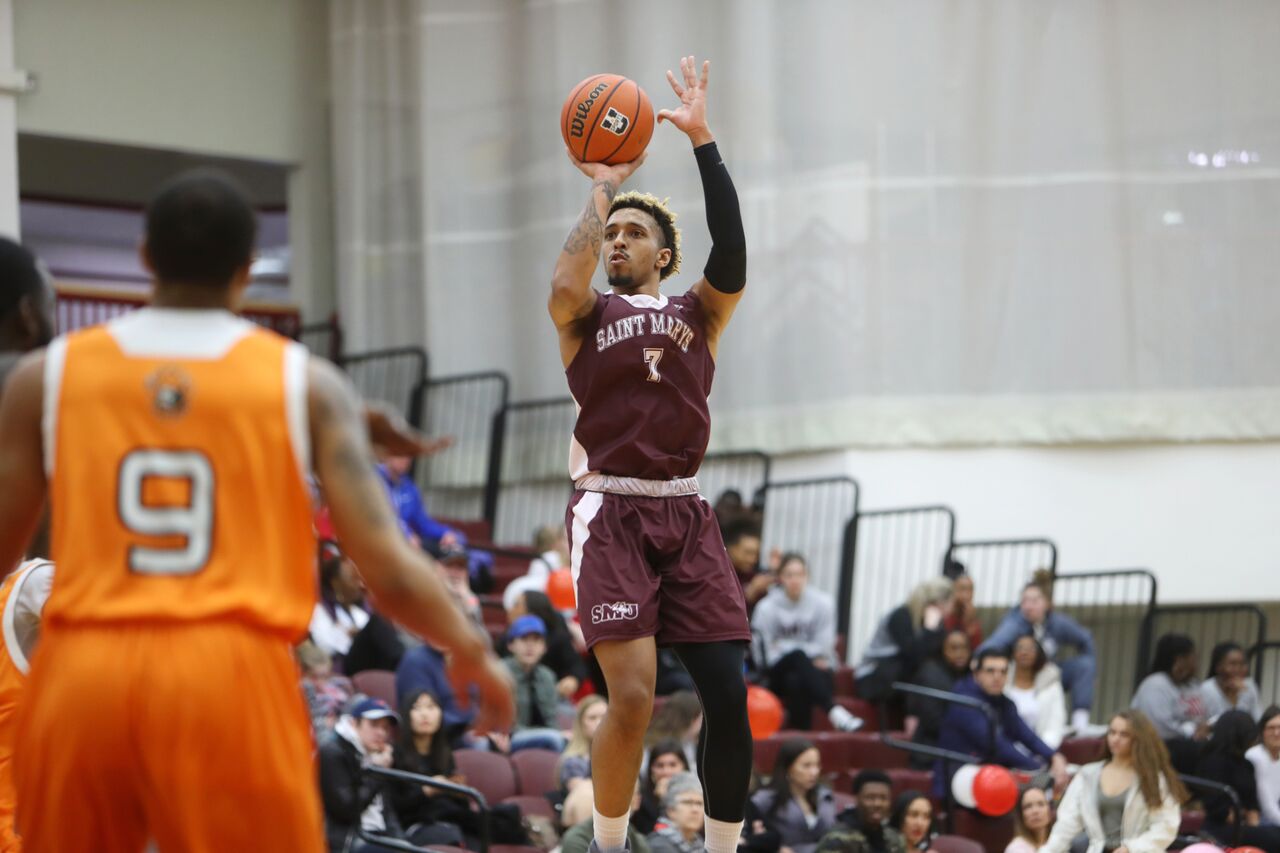 Kasongo is the first-ever Saint Mary’s player to be named U SPORTS Rookie of the Year.

Nikita has been a great player for us in his first year. His ability to score in a variety of ways, as well as defend multiple positions were a big reason we finished the regular season with a 14-6 record. I’m looking forward to seeing how he develops in the coming years. 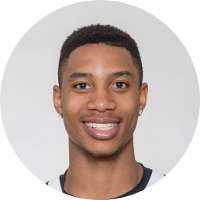 Marcus Anderson of the Carleton Ravens is the 2017-18 recipient of the U SPORTS Defensive Player of the Year award.

Following another season of consistent improvement from Anderson in all facets of his game, the 6-foot-3 third-year guard was a pivotal figure in Carleton’s defensive dominance this season. 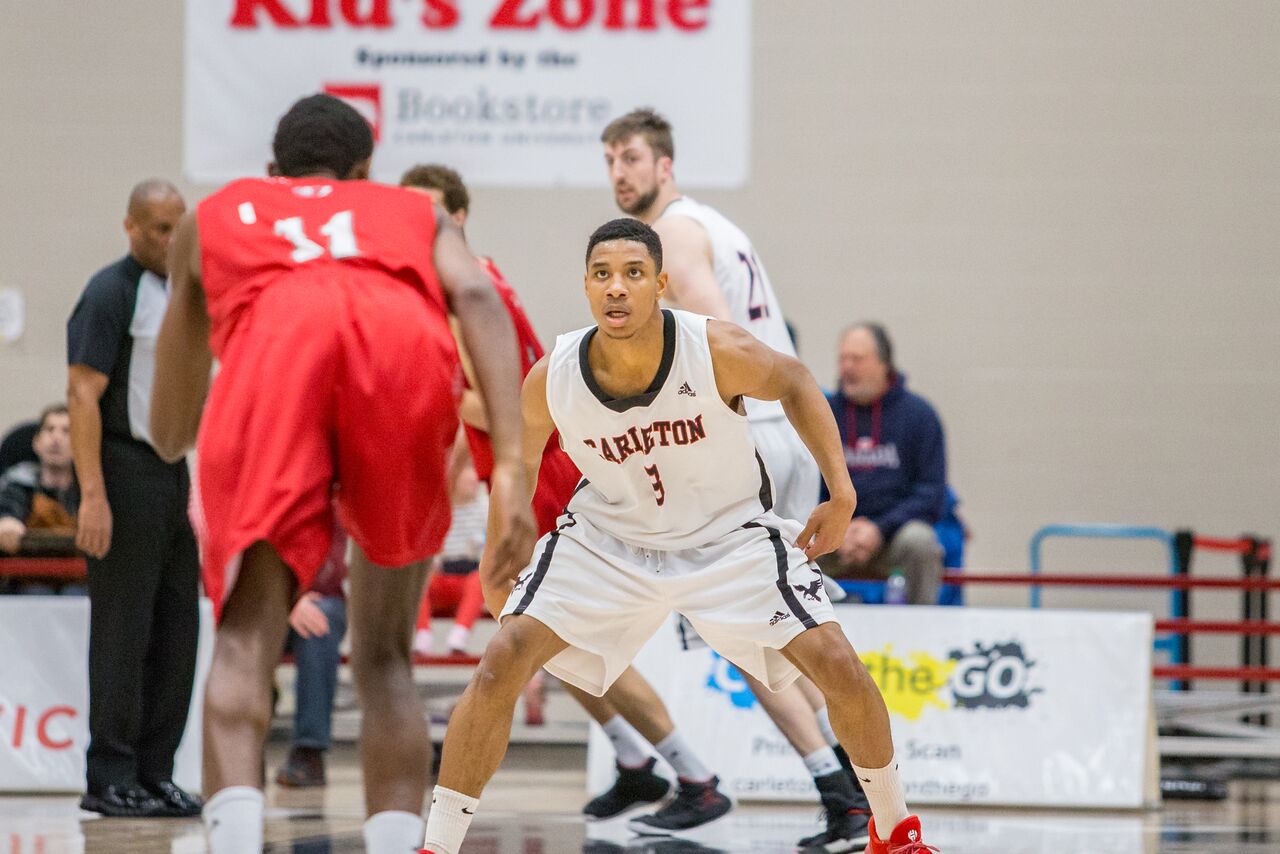 In 23.5 minutes per game, Anderson used his length and quickness to rack up 47 steals (tied for eighth in U SPORTS), six blocks while adding 3.3 defensive rebounds per game. Anderson’s focus and grit on the defensive end resulted in limiting opposition scoring opportunities.

Marcus has shown great improvement over his three seasons at Carleton. This award is a tribute to his steady effort and dedication in leading our defensive unit every game.

On top of piloting the Ravens defence to a nation-best 60.4 points against per game, 5.6 better than the next best defensive team, and holding opponents to the lowest field goal efficiency in the country at 34.6 per cent, the 2015-16 OUA All-Rookie selection was a reliable presence on the perimeter, starting in all 23 games this season.

Anderson, a native of Brampton, Ont., becomes the third Raven to win the U SPORTS Defensive Player of the Year, and the first to do so since Thomas Scrubb earned the honour in back-to-back seasons in 2013-14 and 2014-15. 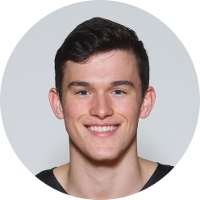 A native of Halifax, N.S., 6-foot-6 forward Sven Stammberger was the Tigers’ leading scorer this season, averaging 18.4 points per game.

He also led Dalhousie in rebounding, with an average of 8.2 per game, and added 2.9 assists and 1.6 steals per game.

In the classroom, Stammberger is a U SPORTS Academic All-Canadian with a 3.5 GPA. 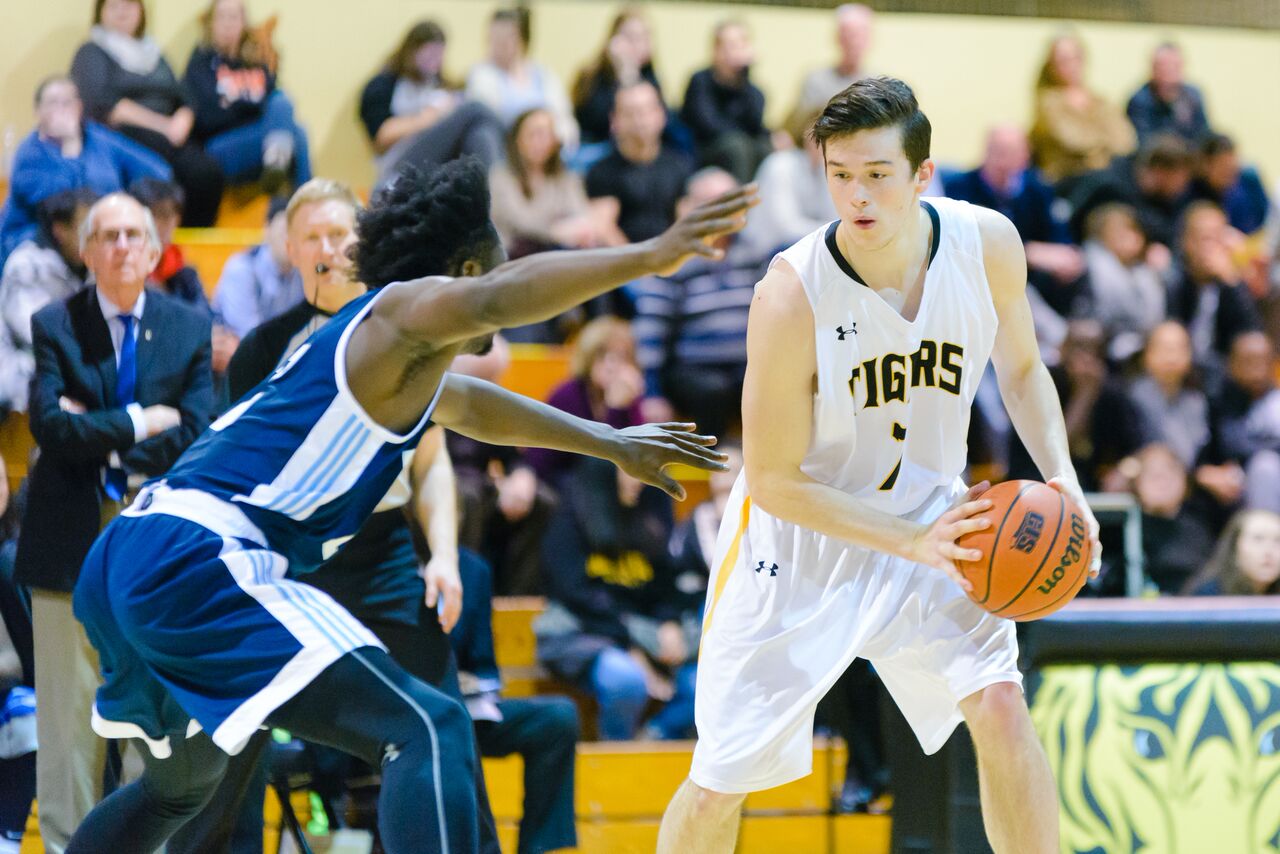 He is heavily involved in the community, volunteering his time with numerous initiatives both on and off the Dalhousie campus, including the Special Tigers program. Currently in its fifth year, the Special Tigers program connects children and teens with cognitive disabilities with Dalhousie student-athletes through sport. Events include basketball, soccer, mini-stick hockey, badminton and more.

Stammberger has volunteered his time with several Student-Athlete Mental Health Initiative (SAMHI) events, as well as with IWK Activity Days events. He has also been a part of the Best Buddies program – which works with individuals with intellectual or developmental disabilities – as well as Tigers basketball camps, working with elementary, junior high and high school students.

In addition to being a fine athlete, Sven is a considerate, thoughtful and caring young man. When I think of Sven the words integrity, selflessness and compassion come to mind first and foremost. He is an exceptional young man and a true role model for both his teammates and youngsters alike. 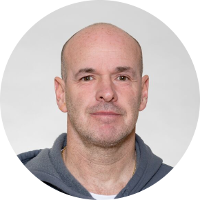 Dave Smart of the Carleton Ravens is the 2017-18 recipient of the Stuart W. Aberdeen Memorial Trophy as U SPORTS men’s basketball national Coach of the Year.

This is Smart’s second consecutive Stuart W. Aberdeen Memorial Trophy and the ninth of his legendary career.

Smart led the Ravens to their second straight undefeated regular season, guiding his team to a perfect 23-0 record and a 3-0 playoff mark as Carleton won its 10th OUA Wilson Cup title in program history. 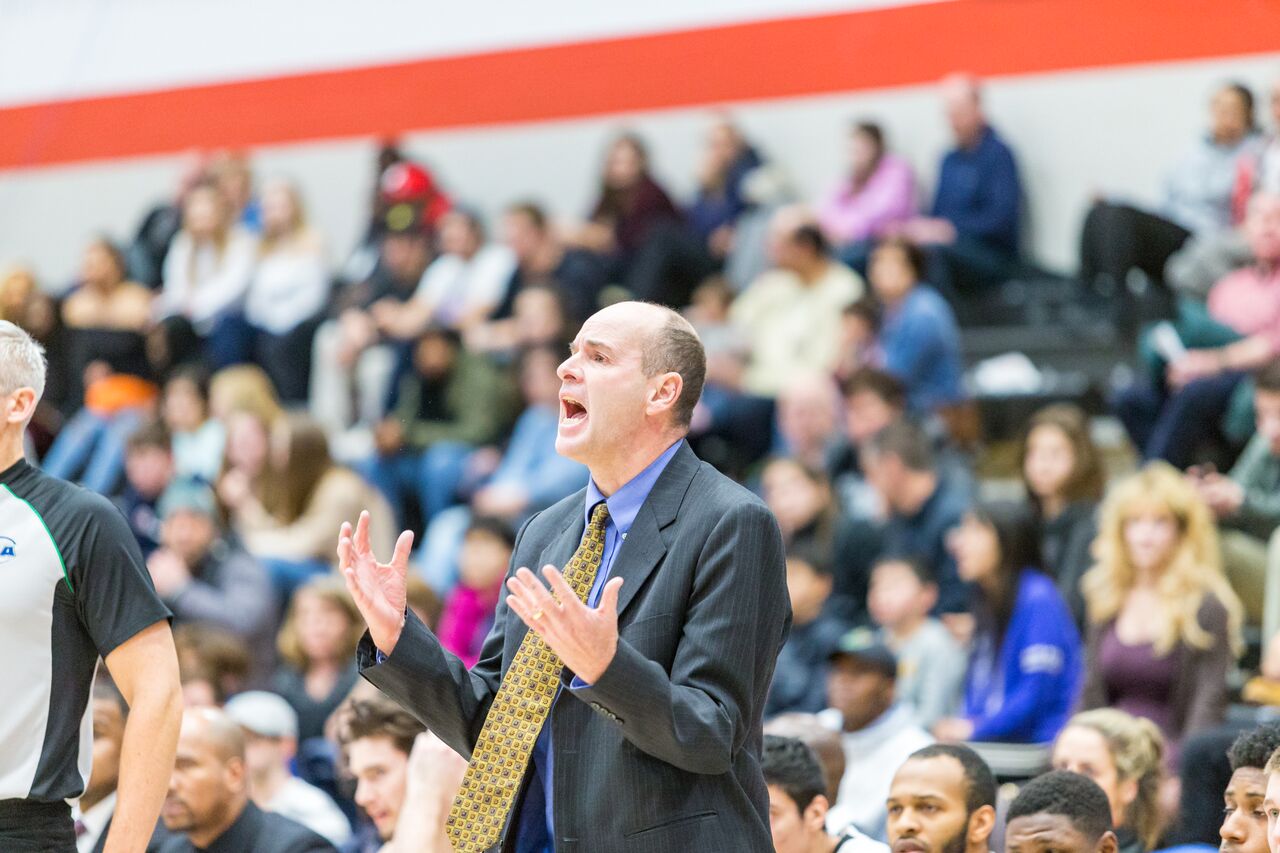 The Ravens held the country’s No.1 ranking for all 2017-18 U SPORTS polls, winning by an average of 28.1 points per game. Behind Smart’s unparalleled dedication to success, Carleton finished fourth in the nation in scoring (88.5 PPG) and led the country in scoring defence (60.4 PPG) for the fourth straight season.

It is incredible what Dave has done for Carleton in maintaining the level of excellence of our men’s basketball program, not only on the basketball court, but in the classroom and community as well. It is truly an honour to be recognized for this award by his peers.

Now in his 18th year as head coach of the Ravens, Smart has won 12 U SPORTS national titles.