EDMONTON – The most dominant dynasty in the history of U SPORTS basketball gained yet another laurel on Sunday evening when the Carleton Ravens defeated the Saskatchewan Huskies 85-72 to win their 16th W.P. McGee Trophy, and third-straight national championship victory, Sunday evening at the Saville Centre.

Third-year guard Aiden Warnholtz led the way for the champs, flirting with a triple-double recording 18 points to go with nine rebounds and eight assists. He was flanked by U SPORTS Player of the Year Lloyd Pandi who recorded a double-double himself with 16 points and 13 rebounds.

“It’s been a long haul. Three games in three days, and we spent a lot of energy last night,” said Ravens head coach Taffe Charles. “We fell down early and had to battle back. And I think that woke our guys up a bit. The Huskies played a heck of a game, and they battled tonight.”

The Huskies saw bright spots in the play of guard Alexander Dewar, who had a game-high 27 points, and Maxwell Amoafo who came close to a double-double with 10 points and nine rebounds.

“This one means more. They ranked us No. 7, and that gave us extra fuel. I’m really proud of the guys. We fought hard for this one,” said Tournament MVP Alain Louis. “We played Carleton basketball. Everybody has a role, and I’m so proud of this group.” 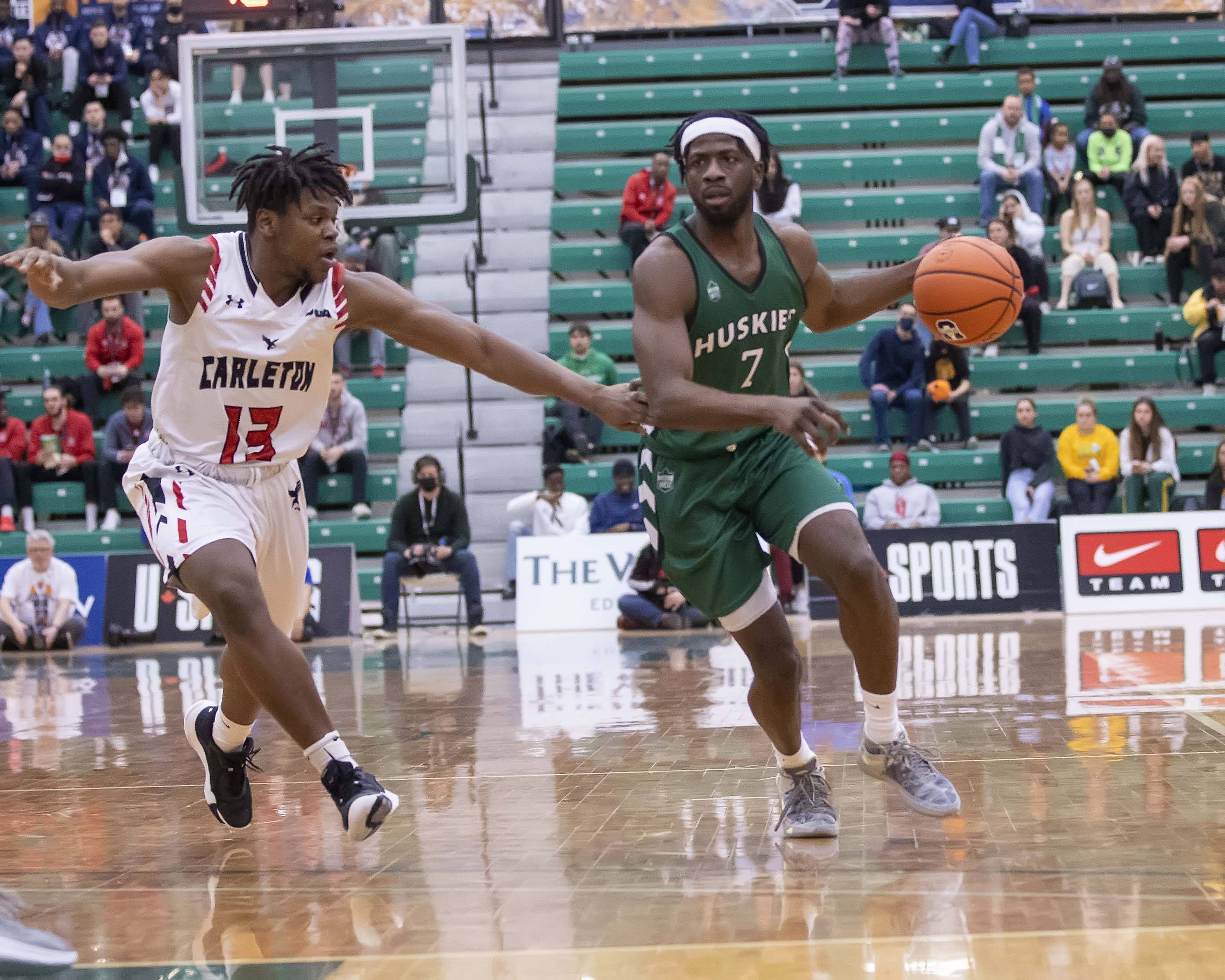 The Ravens were dominant on both ends of the floor, shooting 45.9 percent from the field compared to the Huskies' 38.5. The presence on the glass was again a key factor to Carleton’s success, outrebounding Saskatchewan by a 54-36 margin.

The Huskies started hot, going on an 11-2 run largely on the back of Dewar. The Ravens were quick to respond, however, going on an 8-0 run led by Warnholtz to exit the quarter up 22-21.

In the second quarter, the Ravens began to heat up on offence. Warnholtz hit a pair of threes and scored eight second-quarter points to push the Ravens to a 45-31 lead at halftime.

Marquavian Stephens, who has had a fantastic weekend averaging 20.0 points per game, led the Huskies back from a 32-point deficit early in the third quarter to cut the Ravens' lead to just 19 heading into the final quarter.

Saskatchewan fought to the last whistle, going on a 20-3 run to cut the Ravens' lead to just nine points.

That was as close as they would get, however, as Louis and the Ravens hit some clutch free throws to put the game to rest.