The Manitoba Bisons are national champions after a 2-0 shutout win over the Western Mustangs on Sunday afternoon at the U SPORTS Women’s Hockey Championship at Thompson Arena.

“This is a hard one for me, usually I’m not short for words but right now I’m pretty overwhelmed – and it takes a lot to get me overwhelmed,” said Bisons head coach Jon Rempel. “The work and the sacrifice that this group has put in over the last four or five years to build this team is pretty incredible and it showed this weekend I thought.

“We’ve got great goaltending, and we just play a suffocating style of hockey that’s up-tempo, and it’s hard for people for people to score on us. We didn’t give up a lot of goals in about the last 26 games of the year. Including playoffs, we didn’t give up much. I felt that if we could play that way this weekend, we’d have a chance.”

The title is the first in program history for the Bisons and came in front of a packed house of more than 1,600 fans on the Western campus.

“I thought as a team we had a good first period. We felt like we definitely could play with them,” said Mustangs head coach Kelly Paton. “The second period, I think the penalties, the calls on the ice, they hurt us on the momentum side of things, and they were able to generate a lead from that. 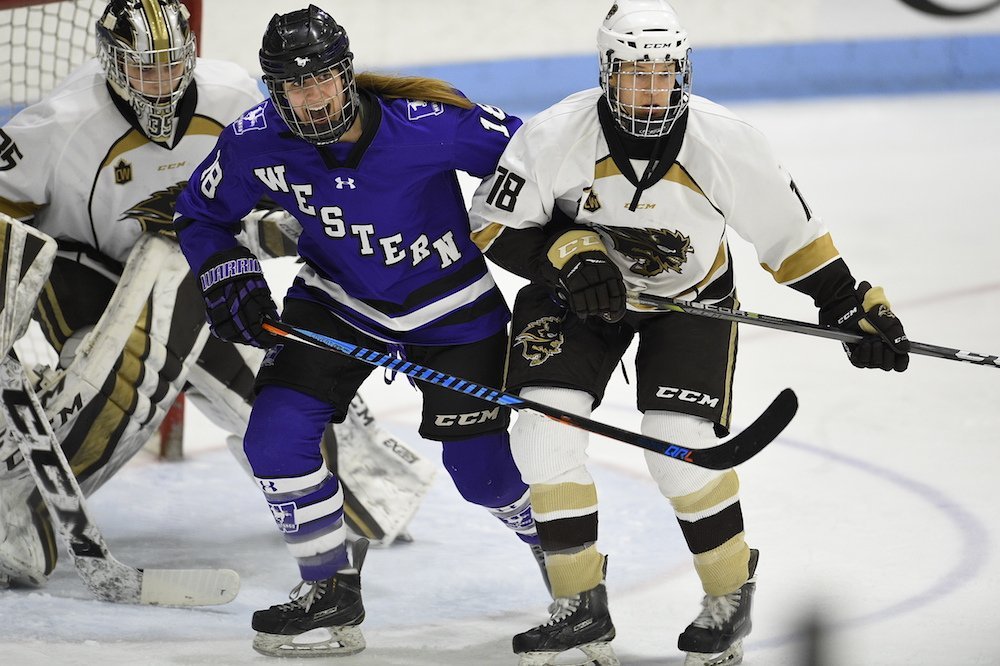 “Going into the third, kind of same thing—I thought there were moments where we pushed well. We started playing a bit more risky in our system to try and give that extra push. And then obviously pulling the goalie at the end, having the advantage six on four, I thought their goalie made a couple big saves late to keep them in there. Obviously, they did enough today to be successful.”

Lauryn Keen and Venla Hovi provided the offence the Bisons would need.

The first frame went by relatively whistle-less as there was only one penalty called and no goals scored. Both teams had several rushes down the ice, but they were also tight on defence, and the Bisons limited the Mustangs to six shots while being held to eight themselves.

With two minutes left in the second period, Manitoba capitalized on the power play. Keen received a pass from Caitlin Fyten and took a shot from inside the left circle, going high past Carmen Lasis and into the top of the net to open the scoring.

“I got it on the side of the net, or side of the boards there,” said Keen. “I tried that shot once before and it didn’t work, but I just went for it again, and I saw it make it to the back of the net and pretty much went wild.” 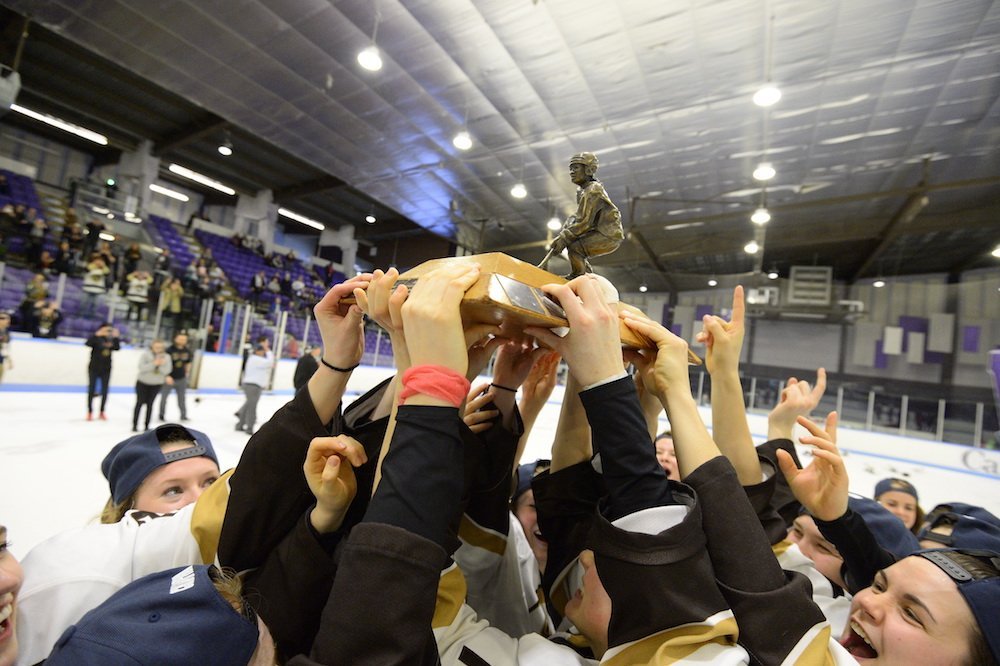 Five minutes into the final frame, the Bisons added to their lead when Hovi fired a bouncy shot through Lasis’ five-hole.

“We had a set faceoff. I told our D to line up where I usually line up,” said Hovi. “And then I ended up getting the puck, just drove the middle, took a shot, and didn’t see that it went in at first. Then I think it was (Alanna Sharman) that started yelling out loud, and then I was like ‘Oh it went in,’ so I was so happy.”

The Mustangs pulled Lasis with three minutes of play left, but were unable to set up a scoring opportunity, giving Manitoba the national title with a 2-0 shutout.

“It’s such an honour just to be here,” said Western forward Megan Taylor. “You know, I think a lot of teams in the league didn’t expect us to be where we are today, and I think just to prove everyone wrong was probably the most amazing part. I’m so proud of everyone.”