A pair of goals from Shailyn Waites and a 41-save performance from Carmen Lasis lifted the Western Mustangs to a 4-0 win over the Montreal Carabins in quarter-final action at the U SPORTS Women’s Hockey Championship at Thompson Arena.

“We knew Montreal was going to be tough,” said Mustangs head coach Kelly Paton. “They had a good season, and with some of the players they have on their roster, I had an opportunity to see some of them in Kazakhstan (at the Winter Universiade) last year, so can’t take anything away from their team. I thought they did an extremely good job today, especially during the third of doing enough to try and generate some offence. We were fortunate that our goaltender was able to make every save.”

Western will move on to the semifinals Saturday, while Montreal will play in the consolation semis the same day.

“It’s very frustrating because there’s parts you can’t control,” said Cabarins head coach Isabelle Leclaire. “I’m very sad to see that we didn’t get the result that deserved – we had a great season. In the end that’s sports. As we told our players, this is a great privilege just to be here. We knew that the top eight teams were very good this year and really strong. We’ve been in that position before, losing gold medal games. 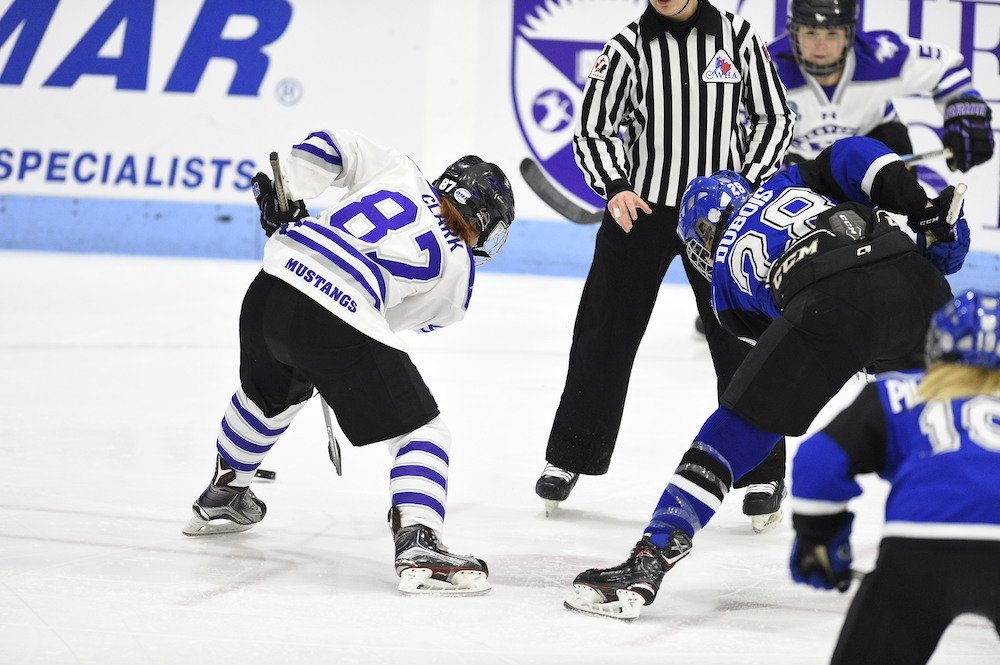 “It hurts, but in the end it hurts only for the teams that are here, went that far, and went that high. The teams sitting at home are not crying like we are or frustrated like we are. In a way it’s still a privilege.”

Three Mustangs provided the offence, with Waites scoring two goals, while Ali Beres and Rachel Armstrong each scored one.

Lasis made 41 saves for the home team to earn player of the game honours in the first national championship game of her university career. Forward Jessica Cormier was Montreal’s player of the night.

Neither team could secure a scoring opportunity in the first frame. The Carabins took advantage of their two power plays, sending 16 shots Lasis’ way as the Mustangs counted seven on Marie-Pier Chabot.

Four minutes into the second period, Waites netted Western’s first of the night, converting passes from Beres and Evra Levesque to put the home team up by one. Less than one minute later, Beres scored one of her own on the power play with help from Megan Taylor and Levesque. 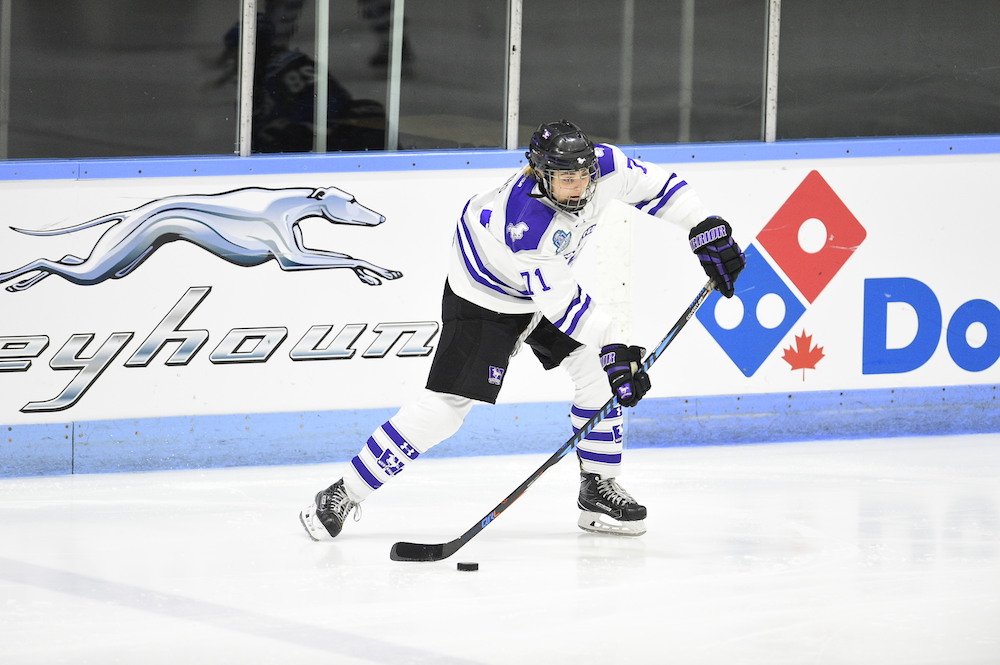 “The puck just went behind the net, and we talked about doing wraparounds and getting the puck quick on net,” said Beres. “So that was what I tried to do, and I’m thankful that it went in.”

Waites tallied her second goal of the game before the midway point, taking a pass from Shana Alexander and scoring on the breakaway to cap off the Mustangs’ three-goal scoring outburst.

“The game plan going in was just play the full three periods 100 per cent, and I think we did that,” said Waites. “We came out hard and we just had speed. I don’t think they could handle it. We just bared down.”

The Carabins continued to press in the third period, outshooting the Mustangs 13-5, but Lasis shut the door and Armstrong scored an empty-netter with just over a minute left to cement the 4-0 win for Western.

“We had prepared a game plan, and we wanted to come out really strong,” said Leclaire. “Of course, this was a national quarter-final, so motivation is obvious and everybody had it. We just wanted to come out real strong and play with our identity which was to work really hard. We know we’re a good team, we’re a fast team, and I think we showed that on the ice today.”

Quarter-final 1: No. 7 Saskatchewan upsets No. 2 Saint Mary’s in tournament opener