Two goals from Claudia Dubois and a 37-save performance from Katherine Purchase helped lead the Concordia Stingers to a bronze medal with a 4-0 win over the Saskatchewan Huskies on Sunday afternoon at the U SPORTS Women’s Hockey Championship at Thompson Arena.

“We’ve prepared all season long, and the biggest thing we wanted to try and emphasis to them was how we had such an amazing opportunity in front of us,” said Concordia head coach Julie Chu.  “We’ve earned the right to be in the bronze medal game today and decided that that was our opportunity.”

Dubois both opened and closed the scoring on Sunday afternoon, recording a goal in both the second and third periods to earn player of the game honours for her team. Sophie Gagnon and Brigitte Laganière provided the other two goals for Concordia in the win.

Less than 24 hours after a stellar performance against Manitoba in the semifinals, Purchase put in another excellent showing in the bronze medal game, stopping everything sent her way in the win. Jessica Vance had a strong showing in the Huskies net, making 24 saves on Sunday. 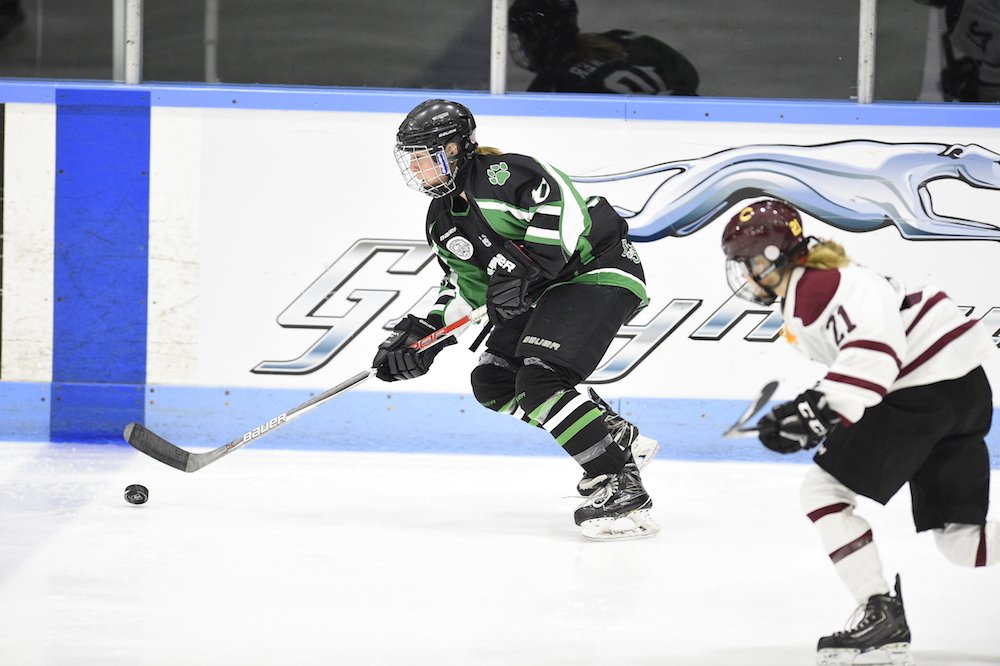 “It’s tough, you like to win that last game that you play,” said Saskatchewan head coach Steve Kook. “But you come to a national championship like this, you’ve quickly got to try and understand that you’re privileged to be here first of all.”

The Huskies controlled the play for the opening 20 minutes, creating the majority of the scoring chances and outshooting the Stingers 14-5. Purchase kept the game tied, making a number of key saves to keep the score deadlocked at 0-0 after one.

The second period was another story entirely, with the Dubois taking advantage of a 5-on-3 power play to put the Stingers up 1-0 just 39 seconds into the frame.

“Honestly, it’s all about the team, I couldn’t have done this without all the girls and the girls on my line,” said Dubois. “The girls I’m playing with, just all the work together as a team, which brought us there, and everyone just makes me play good.”

Gagnon extended that lead with 92 seconds left in the period, picking up a rebound at the side of the net before sliding it across the line to send the Stingers into the third with a two-goal lead. 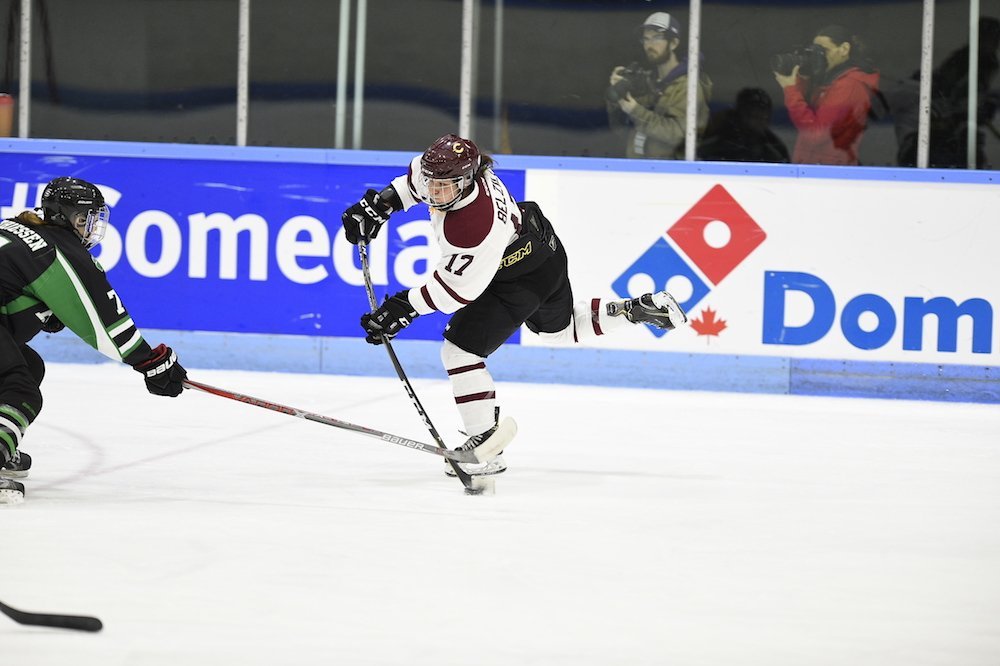 Concordia would make it 3-0 only a few minutes into the third, as Laganière knocked a rebound out of the air and past Vance to extend her team’s lead.

Although the Huskies would continue to push, including outshooting the Stingers 15-9 over the final 20 minutes, an empty net goal from Dubois would secure a 4-0 win and the bronze medal for Concordia.

“We know were one of the best teams here and we wanted to prove that today,” said Purchase.   “Our goal for today was just to play 60 minutes and show them what our kind of hockey is like.”