Every so often, you hear about stories that truly inspire, regardless of your interests in sports. Whether it be hearing about a cancer survivor scoring a hat-trick on Hockey Fights Cancer night, or a baseball player hitting his first home run the day after his father died, people are going to be drawn to the connections made between athletes and the heartfelt content that we now see almost weekly.

Buried beneath the stories of amazing comebacks and inspiring rises to professional sport, is the story of Sam Keane.

Keane, a second year sport management student at Durham College, motivates everyone in his life on a daily basis. Though insisting he is just living his life, studying and working, Keane’ story is far from just living life.

Spastic Triplegia Stage 2 – though defined by the medical community as a specific type of spastic cerebral palsy that refers to difficulty in controlling movements in the arms and the legs – Keane has and will never let it define himself.

Even with cerebral palsy, Keane still lives his life as a student and spreads joy around him. As the assistant equipment manager for the UOIT Ridgebacks women’s hockey squad, Keane is an integral component of the team. From helping with all the equipment, to prepping the room for games and practices, Keane is not only an inspiration to the entire team, but also the Ridgebacks’ biggest fan, and one of the hardest working Ridgebacks on campus.

“Being a rookie on our team isn’t like any other team,” says Ridgebacks rookie Erin Ross.

“Any job that the first years on the team are supposed to do, Sam finished before we even get to the rink in the morning. Bags packed, bottle filled, room cleaned, everything. Sam makes everyone’s life easier on the team.”

Like most Canadian children, Keane grew up hoping that he would have a future as a hockey star, but slowly as symptoms and doctor appointments unfolded, it became clear that he was going to have to find other ways to be involved with the sport.

Upon starting school at Durham College, Keane reached out to the Ridgebacks to see where he could get involved.

“I thought last year getting involved with a hockey team would be impossible because of the physical aspects,” he says.

“When Sam called me, we chatted life and hockey and then work,” recalls Caruana. “We talked about him and his story and the game of hockey that we both love. We went through what the roles of assistant equipment manager would be and what it means to join the Ridgeback family.” 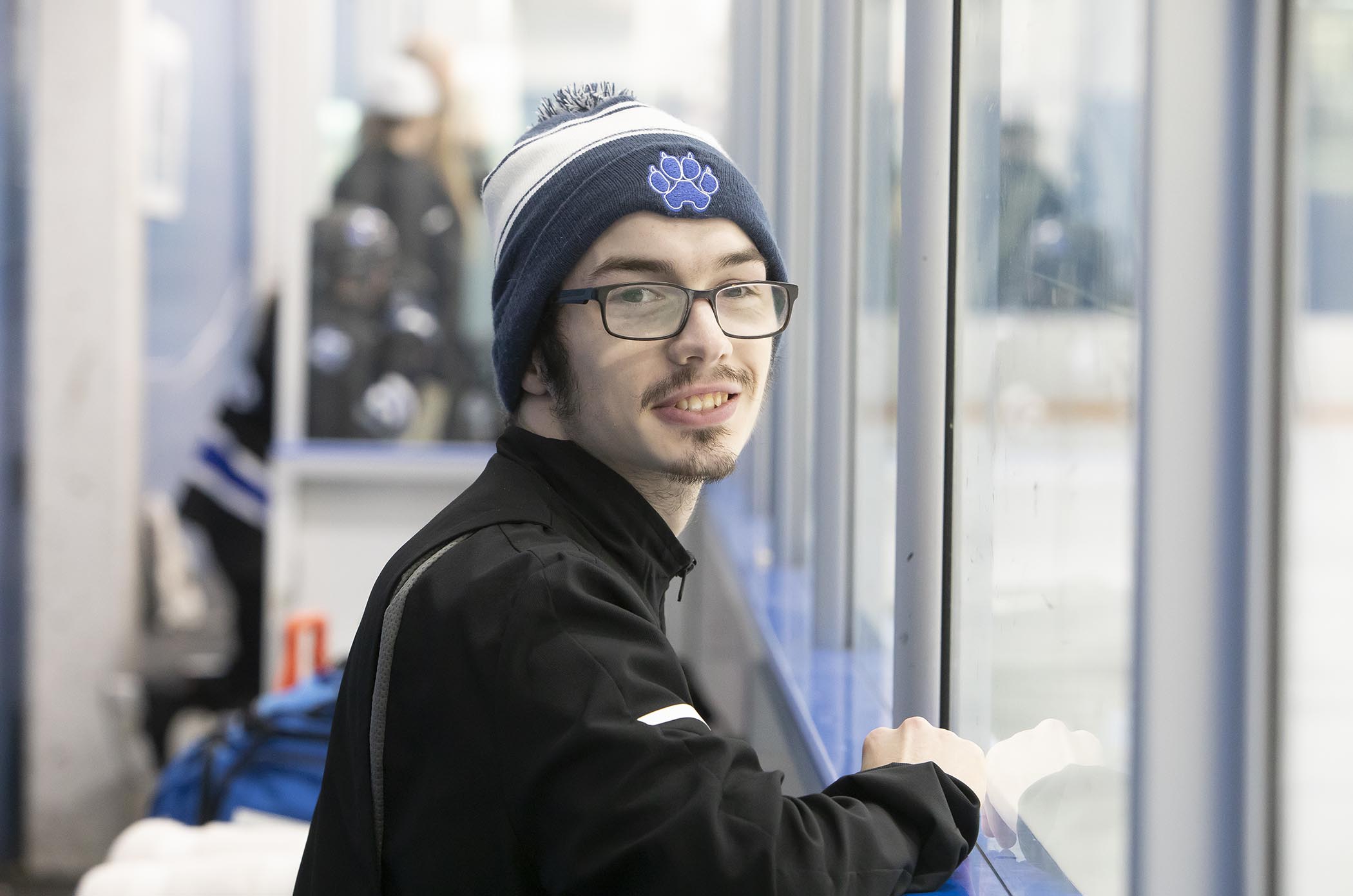 Over the last season and a half, Keane has woven himself into the fabric of the Ridgebacks like no other player. With nothing to prove, he consistently is the first person at the rink every day and is the last person to leave. No one has to ask him to do anything, Keane is consistently on the ball.

When Keane commits to something, he commits fully. Just as he is all-in, all the time with the Ridgebacks, Keane also is fully invested in the Grandview Children’s Centre - a treatment facility in Ontario’s Durham Region providing specialized programs, outpatient clinical treatment, and support to thousands of children and youth with special needs and their families. Keane is no stranger to the incredible work and impact that Grandview can have on someone with a disability.

Not only has Grandview provided Keane with the physical therapy and assistance to allow him to live his life to the fullest, it is also responsible for the life-changing friendship Keane has with James Neal of the Calgary Flames.

At the grand opening of Grandview’s newly renovated youth facility, Keane was invited as a special guest and was informed that there would also be an NHL player in attendance. Unbeknown to him, that player was Neal – a Whitby, Ont., native

“I knew of him and was upset when he was traded to Nashville. That day we just chatted and just talked about life,” says Keane. “With James it was different, there was just something there that was unique and we struck up that friendship, and we just talked like two guys about life.”

From there, Keane and Neal’s friendship only grew stronger. Neal quickly became Keane’s favourite player and with that came messages of good luck before Flames games and celebrations of goals. But this wasn’t a one-way street. When Keane found himself in the hospital, Neal was sure to check in and wish him well.

“With James, it’s kind of like an outlet,” says Keane, elaborating on the friendship between the two. 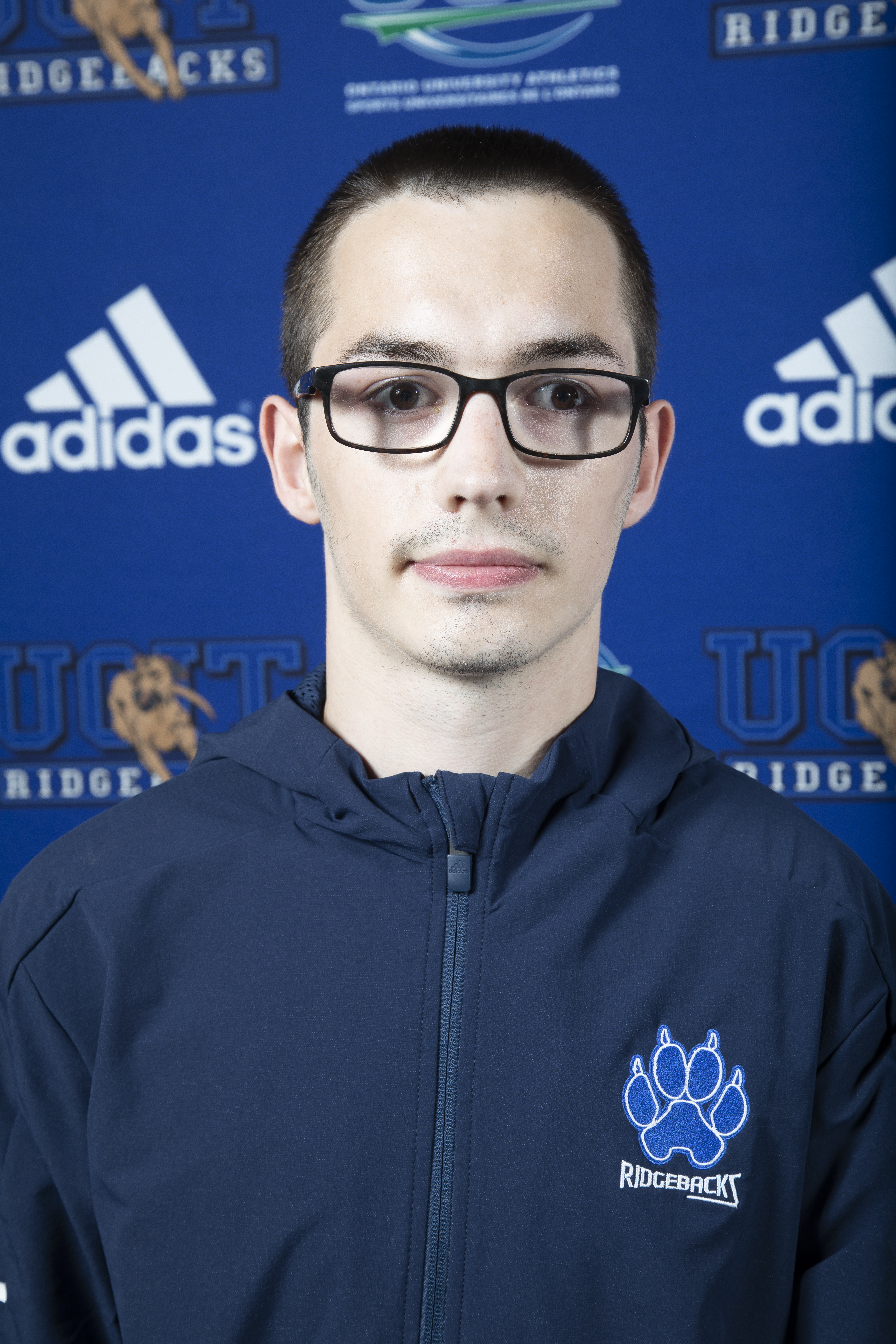 “You need something that takes your mind off challenges.”

Neal also was kind enough to treat several Grandview kids to a night in the Smilezone, a special charity box, for a Toronto Maple Leafs game.

Fast forward to this past Christmas. With teammates and staff headed home and out of town for the holidays, Christmas gifts were being exchanged. For Keane, the type of person who would never ask for anything, the final practice of the year was a good time to say goodbye to his teammates and coworkers until the New Year. But little did he know, that the Ridgebacks had a special gift for him.

The team presented him with a Flames alternate jersey signed by Neal . A scene that would bring a tear to anyone’s eye.

“Going to the rink is joy enough with the girls and the team, but when they got me that jersey at practice I was over the moon – nothing could bring me down,” says Keane. “I could fall and break my arm and I wouldn’t care because of everything that the team does for me.”

Anyone that interacts with Keane will walk away knowing three things:

Sam Keane will never let his disability define himself. He is a role model for all of us, who dreams one day of being on an NHL bench – racking sticks and tightening visors for players, just like Neale.

“For every one thing that goes wrong in life, three things go right.”