StFX forward Tyra Meropoulis was honoured with the Brodrick Trophy as U SPORTS women’s hockey Player of the Year Wednesday night, as the national award winners were celebrated at the annual All-Canadian gala.

Alberta forward Madison Willan captured Rookie of the Year honours while McGill defender Emilia Cotter earned the Marion Hilliard Award for Student-Athlete Community Service for her outstanding contribution both on and off the ice. Finally, Toronto bench boss Vicky Sunohara was named Fox 40 Coach of the Year. 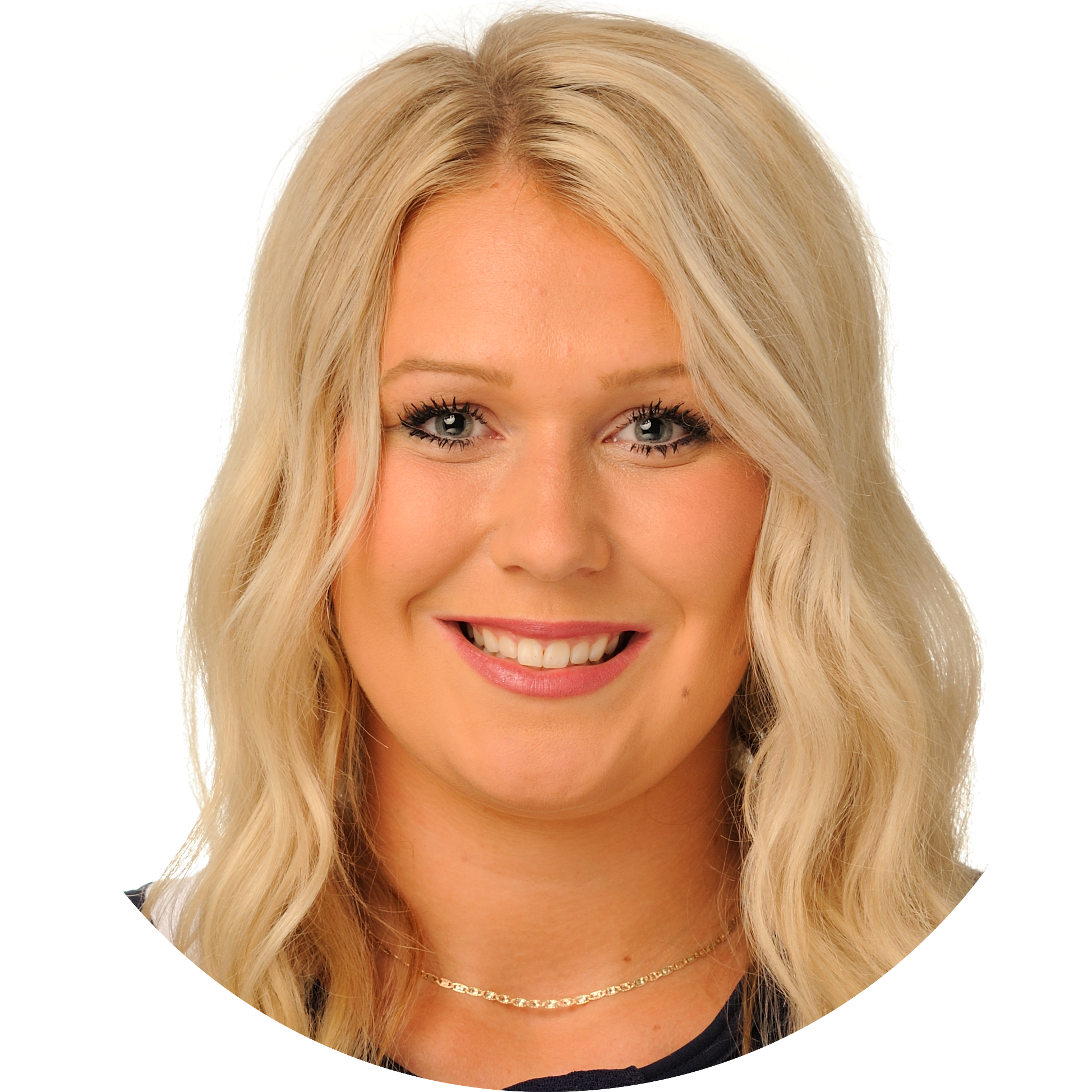 A second-year business student from Edson, Alta., Meropoulis led the conference and the nation in both points (37) and goals (26) scored this season.

Her 26 goals scored put her in a tie for third in the AUS record books for most goals scored in a single season. She also led U SPORTS game-winning goals with seven, and in short-handed goals with three on the season.

Meropoulis' plus/minus rating of +19 was the fourth best in the conference and nationally. She was also fourth in the AUS in power play goals with four and was one of three Atlantic conference players to record a hat trick this season.

Meropoulis is third member of the X-Women in four seasons to take home the national MVP award. Former StFX standouts Daley Oddy (2017-18) and Sarah Bujold (2016-17) most recently earned the honour, while Brayden Ferguson was also recognized as U SPORTS MVP in the 2007-08 season. 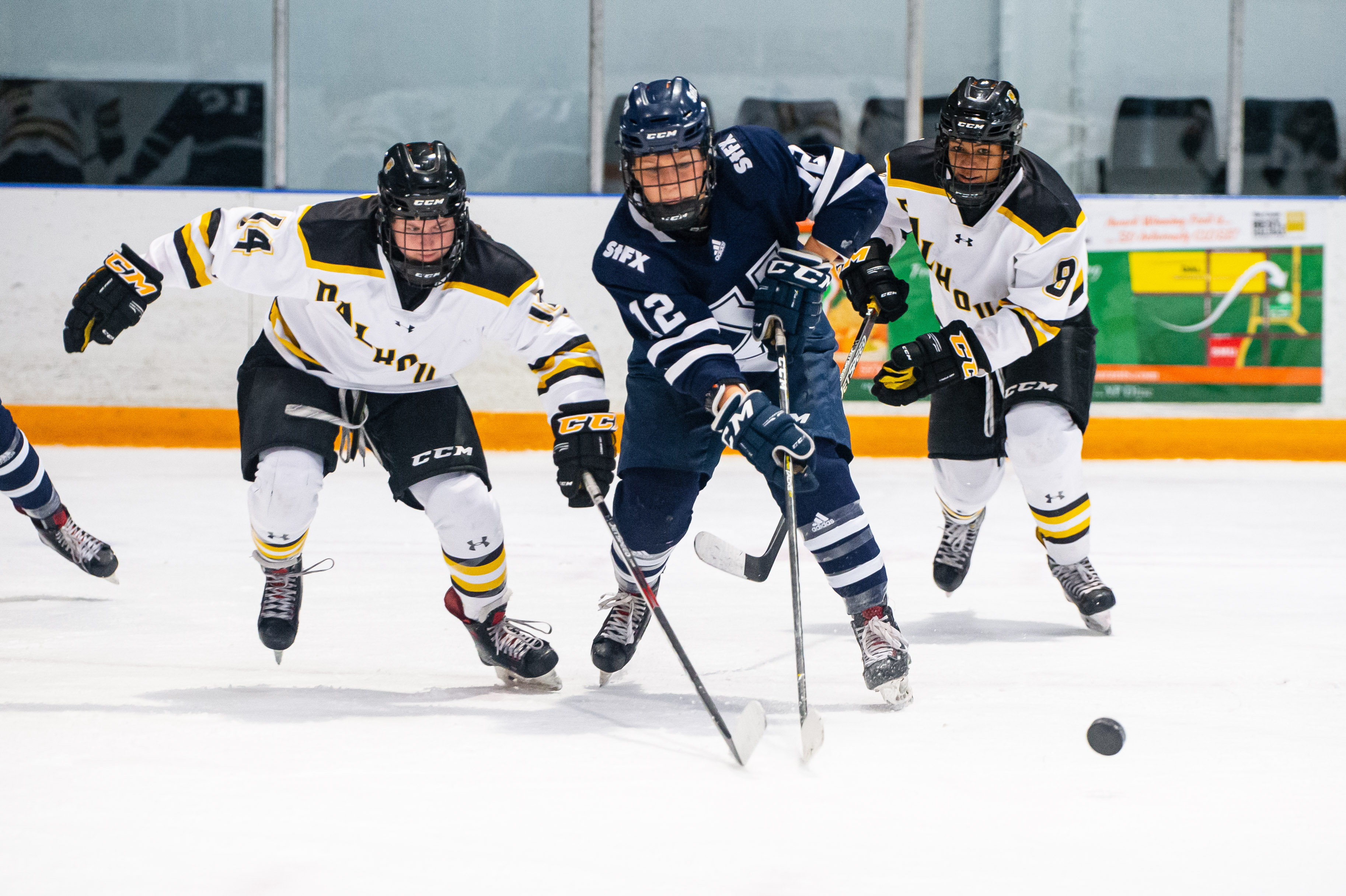 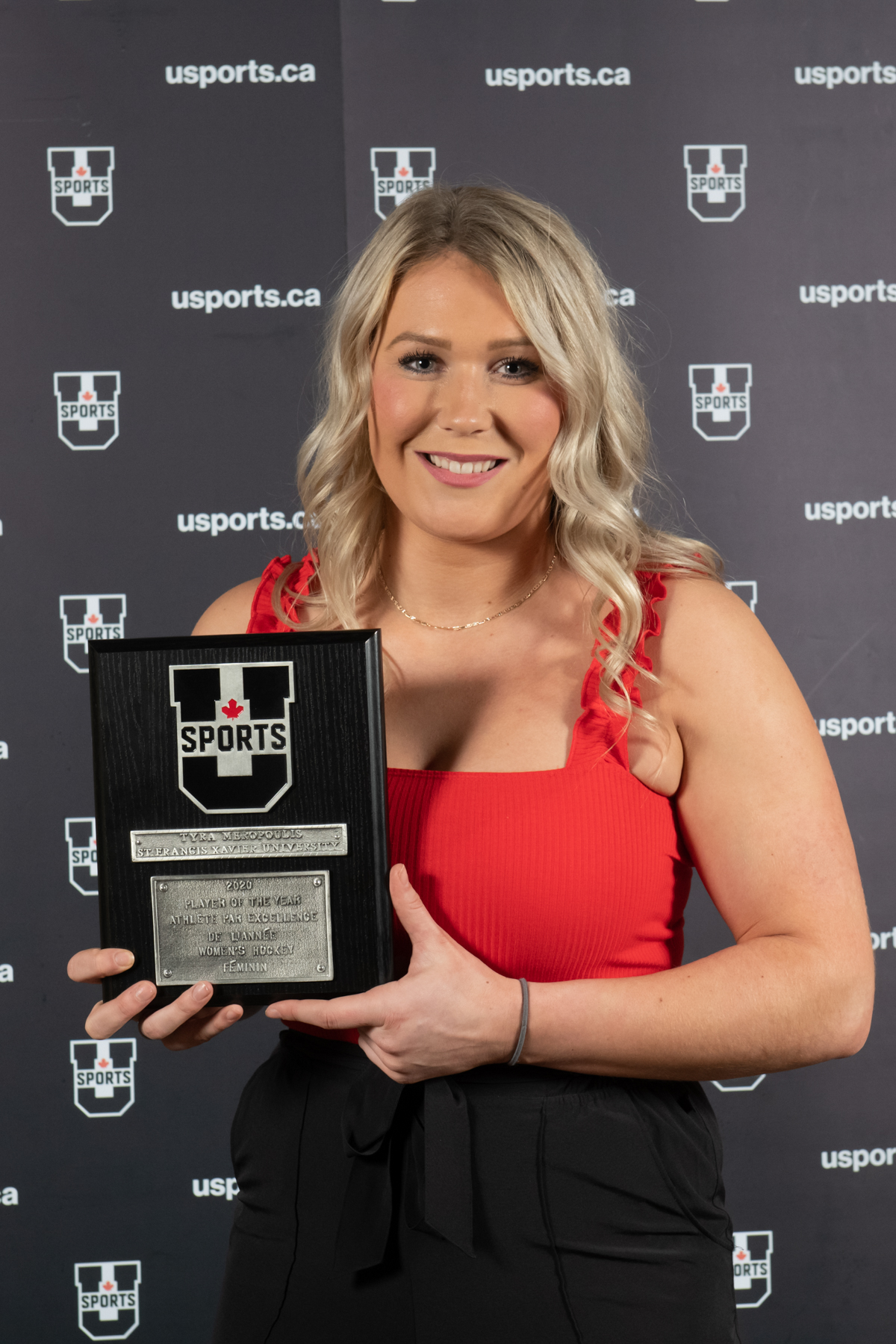 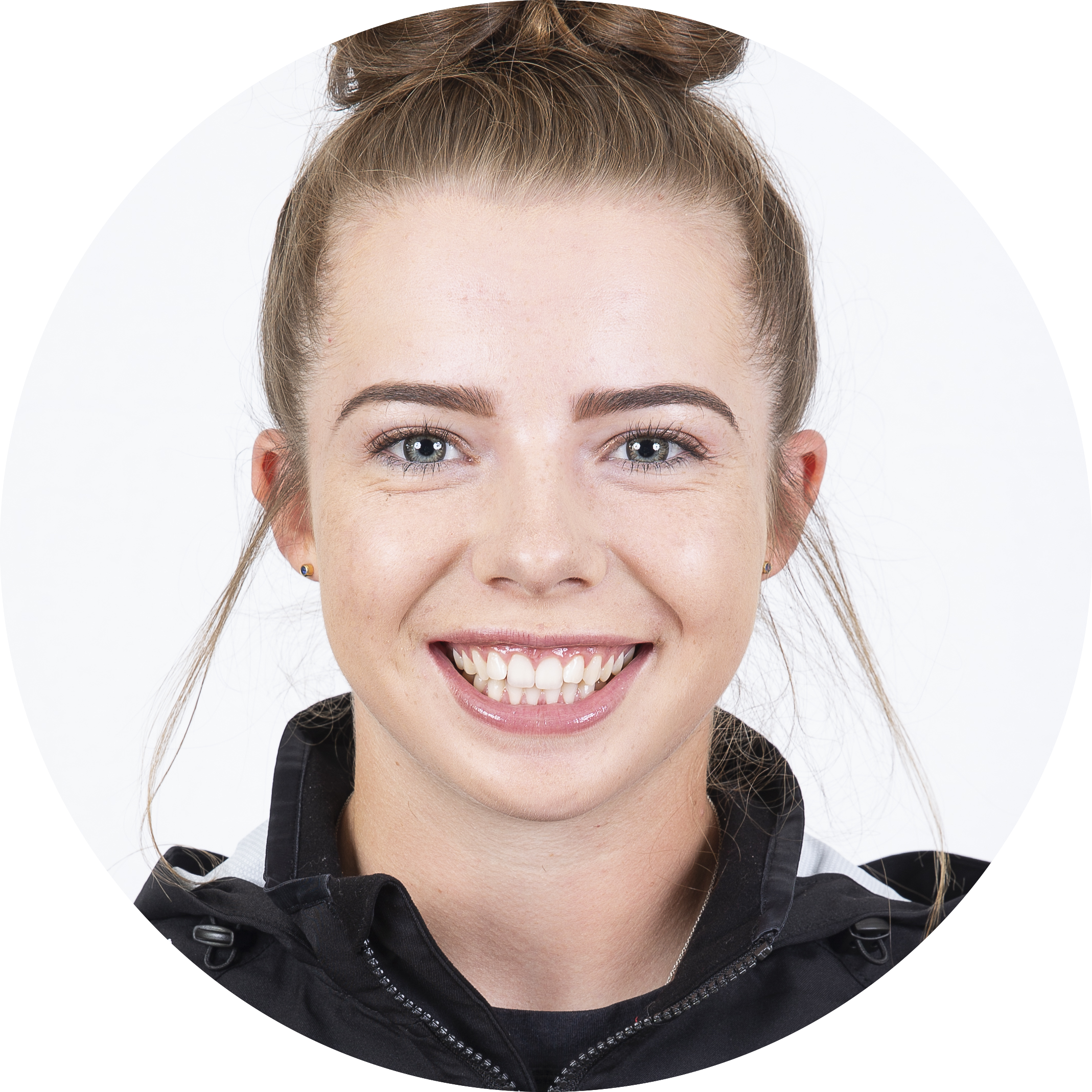 From ESSO Cup national champion to U SPORTS Rookie of the Year, it's been quite the calendar year for Madison Willan.

The multi-sport talent, who is also a member of the Canadian women's national baseball team, made the jump to Canada West and didn't miss a beat this season.

Willan posted a 51-point season a year ago with the St. Albert Slash of the Alberta midget AAA league and followed that up with 25 points this season to top the CW rookie scoring race, and finish third overall in CW while tying for 10th nationally behind a pair of Pandas teammates (Autumn MacDougall (31) and Kennedy Ganser (27)).

“Madison isn't the kind of player that stands out immediately. The more you watch her play, however, you begin to see she has an extremely high hockey intelligence that makes it possible for her to have a dramatic impact on the game,” said Alberta head coach Howie Draper. “Pair her IQ with strong puck skills and a drive to succeed, and you are left with a player that is going to be a significant offensive threat for her team.”

Willan is just the second Panda to earn the honour and first since Danielle Bourgeois took home the award in 2000. 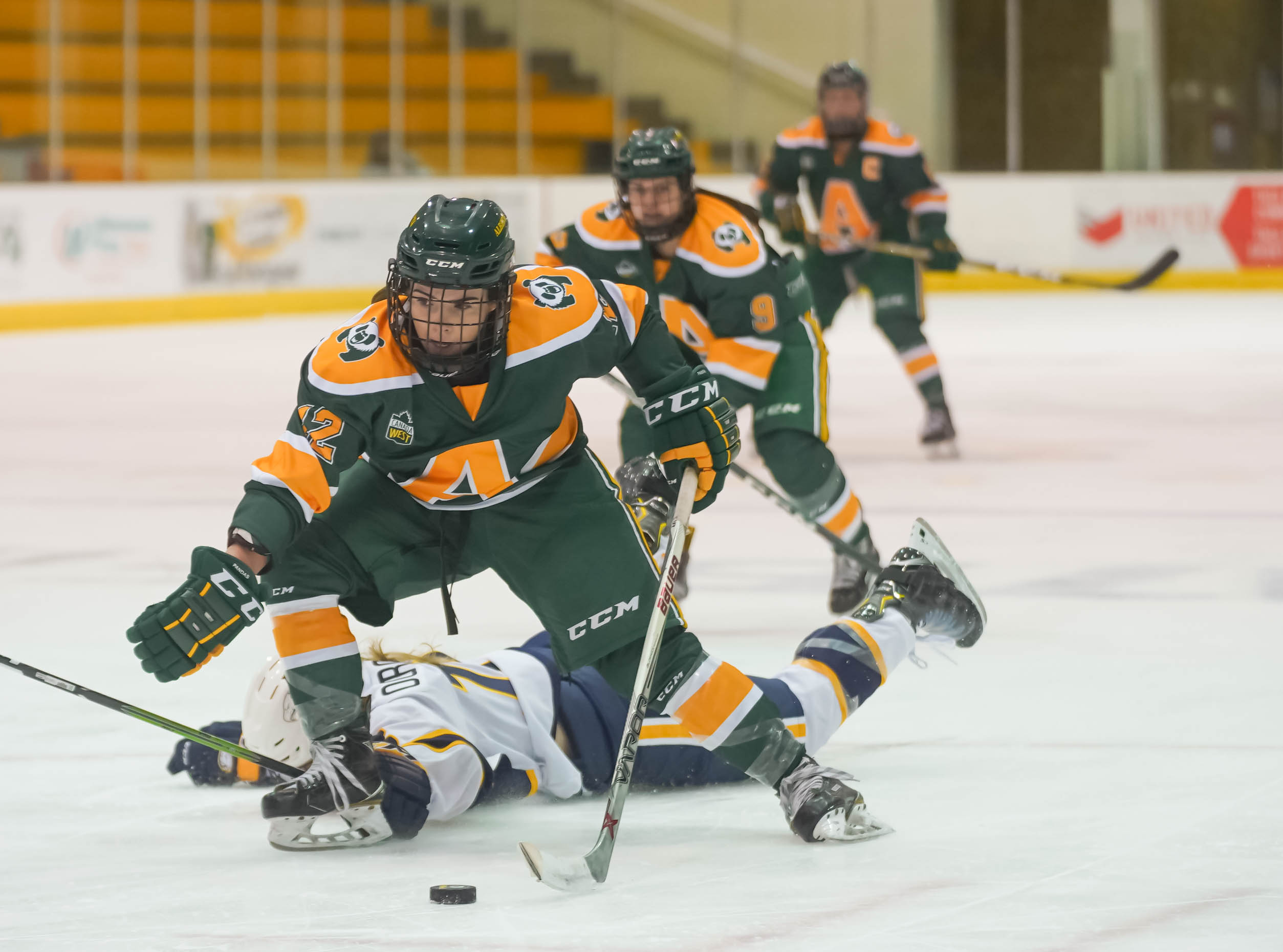 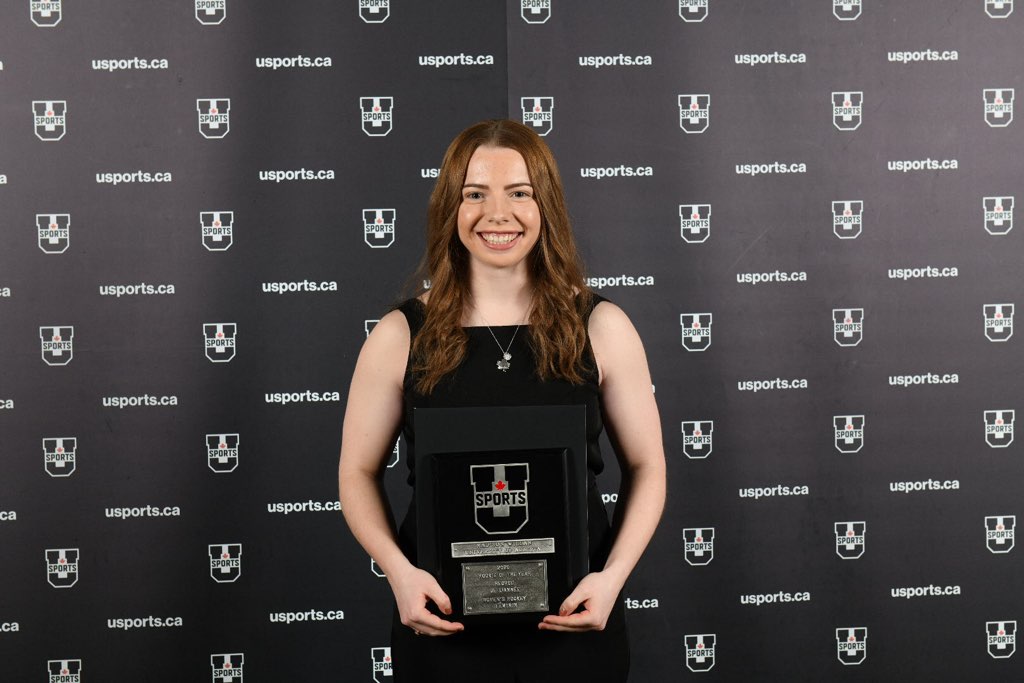 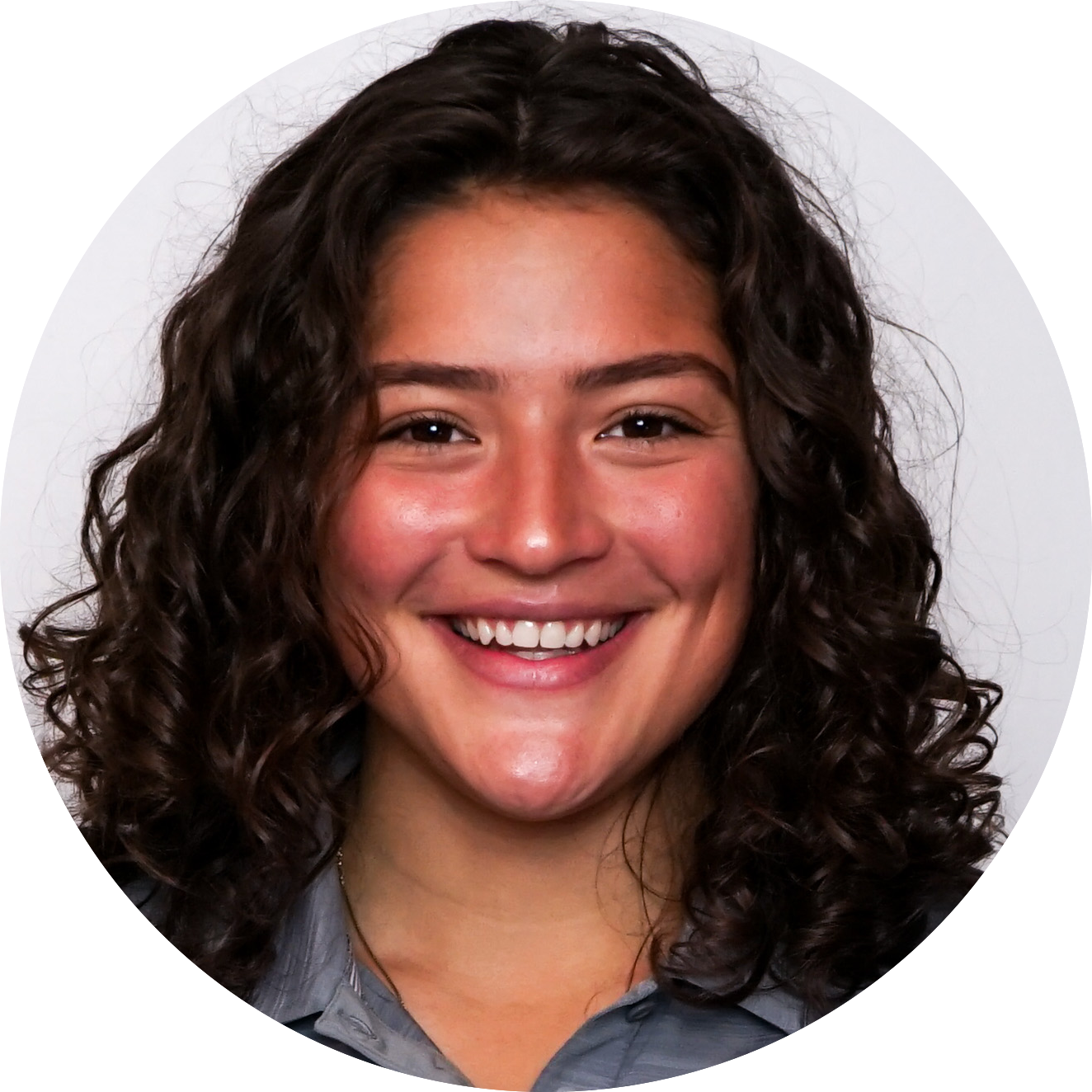 A 22-year-old science senior majoring in kinesiology, Cotter is the second McGill recipient of the Marion Hillard Award, presented to the U SPORTS hockey player who best combines academics, leadership and citizenship - joining Shauna Denis who won it in 2008.

"Emilia is an amazing leader who brings so much energy, into the team room, on the bench and on the ice," says head coach Peter Smith.  “She's an outstanding role model, a real inspiration to her teammates. She’s had a great season and I'm going be sad to see her leave."

The 5-foot-7 defensive stalwart dressed for all 20 league games and scored two goals along with a pair of assists and only six penalty minutes. She has volunteered for numerous community endeavors over her five years with the Martlets, including the team's annual "Shoebox Project" game – in aid of the organization that distributes gift-filled boxes to homeless women in Montreal –and the "McGill Students for Best Buddies," an international not-for-profit program that creates opportunities and friendships for people with intellectual disabilities. 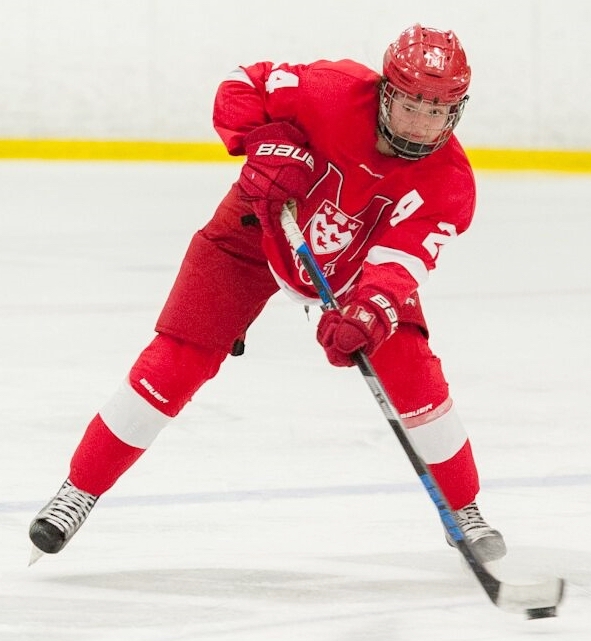 Cotter assists the Special Olympics cause by serving as the McGill Martlets coordinator for a "Motionball" fundraiser and attending hockey practices for children with disabilities. She spends four to five hours per week assisting patients and doctors in the Cancer Care Unit at St. Mary's Hospital in Montreal. As co-president of the McGill Varsity Council, she helps plan financial literacy and time-management workshops for student-athletes. She also assists in the organization of numerous other events, including the council's annual Christmas gift-wrapping initiative for Sun Youth, a Montreal-based organization that provides services for needy families. Finally, she has served as the hockey team's liaison and leader for the "Bell Let's Talk" mental health program as well as the annual "Shoot for the Cure" game, a fundraiser for breast cancer research and awareness. 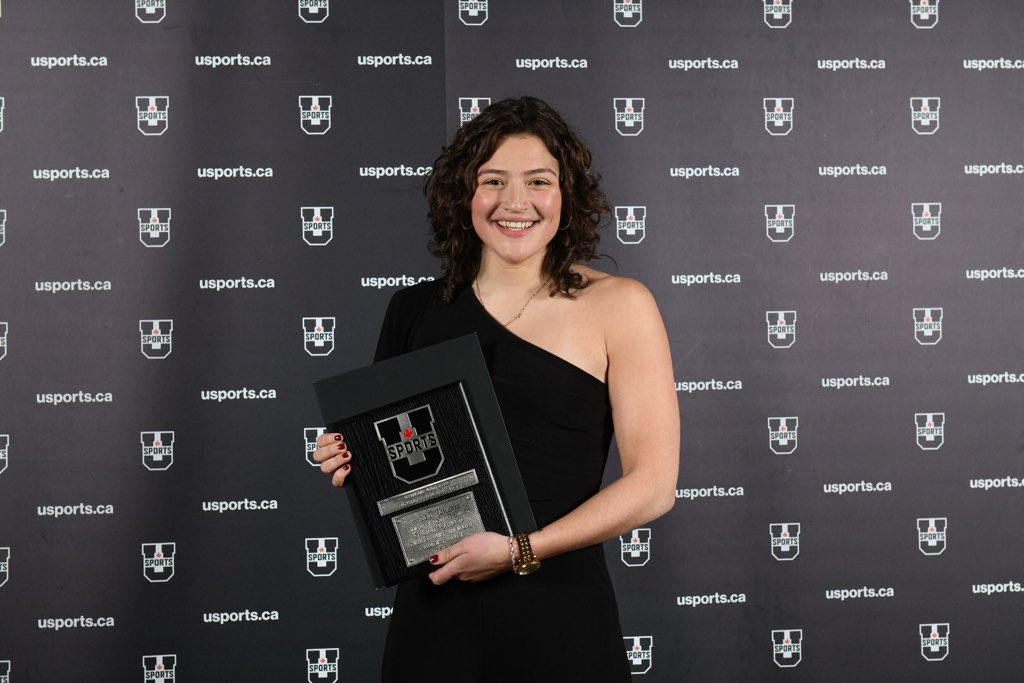 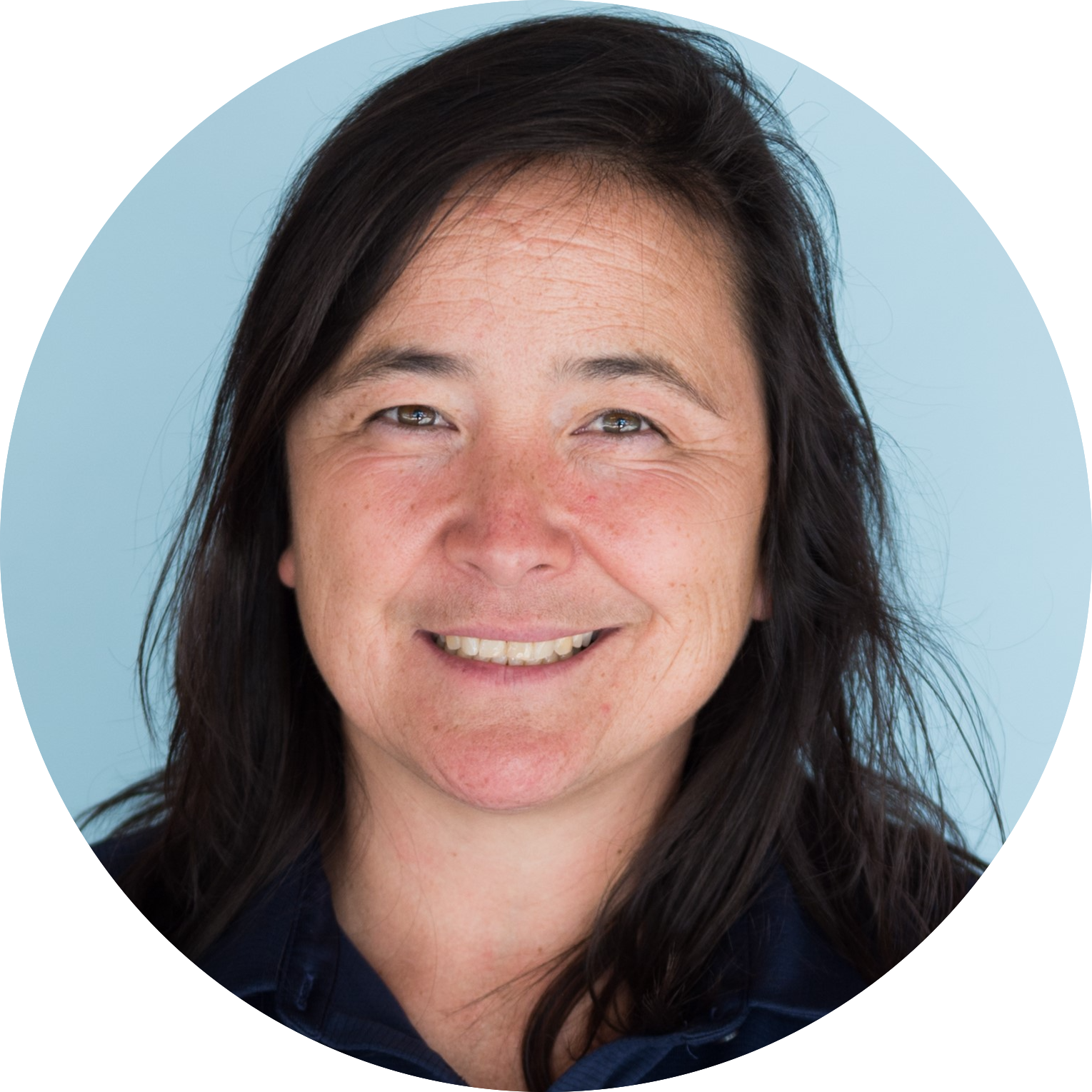 In her ninth season behind the bench, Sunohara earns her first U SPORTS Coach of the Year selection and is the first U of T recipient of the award since Karen Hughes in 2000-01.

The two-time Olympic gold medalist guided the Blues to an OUA-best 18-4-2 record, which was the team’s best record under her leadership. In addition to their superior special teams play, Sunohara also oversaw the team’s dominant defence, seeing her Blues boast top ranks in goals allowed (29), goals-against average (1.20), and save percentage (0.948).

"This award is a testament to the commitment and hard work of Vicky and her staff in building a program of excellence on and off the ice said Beth Ali, U of T's executive director of athletics and physical activity. "This year's team put together an incredible run this season and we're excited to see what they can do in PEI this weekend." 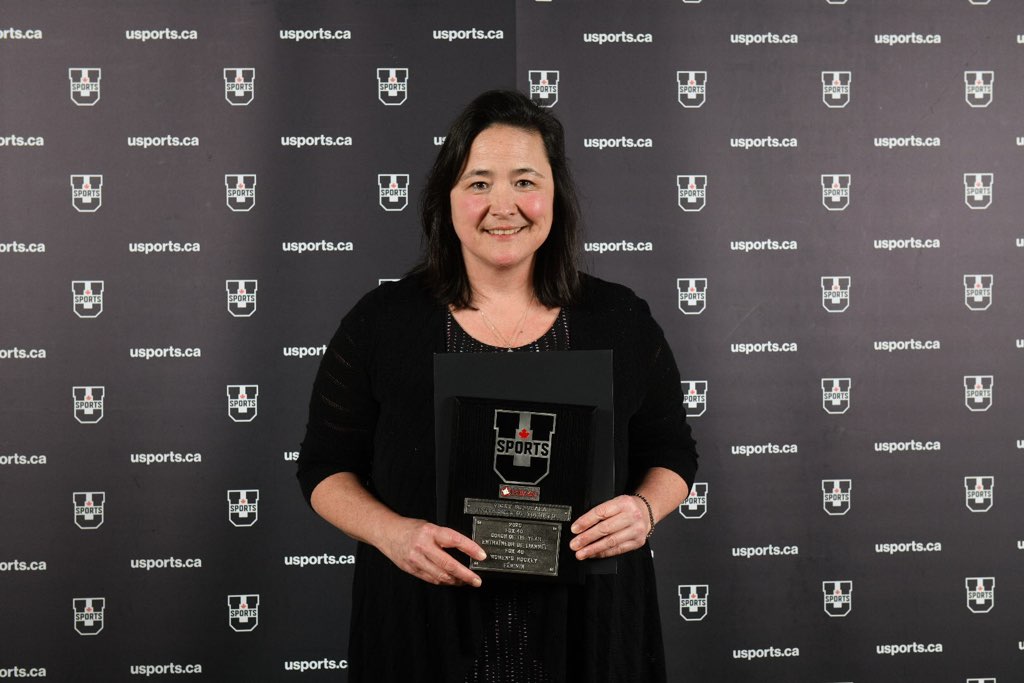