The University Cup has been raised by 17 different teams, presented at 55 different championship tournaments and is the pinnacle of Canadian university hockey.

Rewind 57 years to 1961. The late Major W.J. “Danny” McLeod is the athletic director at the Royal Military College of Canada (RMC). A decorated veteran who served our country during World War II, Maj. McLeod took a position at RMC in 1960 and became the first athletic director in the College’s history. He was also the driving force behind the development and creation of the Canadian Intercollegiate Athletic Union (CIAU), now known as U SPORTS. 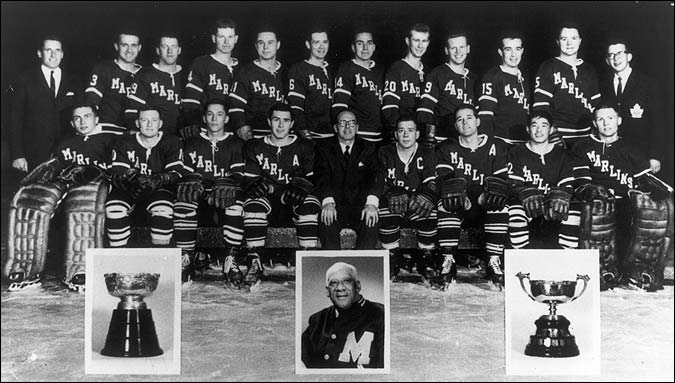 In 1963, Maj. McLeod was responsible for arranging the inaugural university hockey championship played in Kingston, Ont., between the UBC Thunderbirds and the McMaster Marlins. Queen’s University and RMC presented the University Cup, a joint effort made by the participants of the first interuniversity hockey game in 1885 and the sport’s oldest rivalry in the world. In its inaugural year, the cup was hoisted by McMaster, who defeated the Thunderbirds 3-2.

Rod “Butch” Hyde, the captain of McMaster’s championship winning-sqaud, remembers fondly the memories that were made in the brotherhood that was the Marlins.

“We are really proud to be the first team to win the championship, the timing was just so right that we could be the part of the first group to win a national university championship,” says Hyde. “We were such a tight-knit team, and we still consider ourselves to be. We knew what we were capable of and after that overtime win against StFX, we were slowly coming to realize we might be able to win this thing.”

Though McMaster hasn’t had a varsity hockey team in several years, their ties to the University Cup remain as strong as that day in March of 1963 when they hoisted it.

The University Cup tournament has seen thousands of hands raised in celebration once that final horn sounds, hundreds of smiling young men kissing it before raising it above their heads. But some of these winners stand out above the rest. 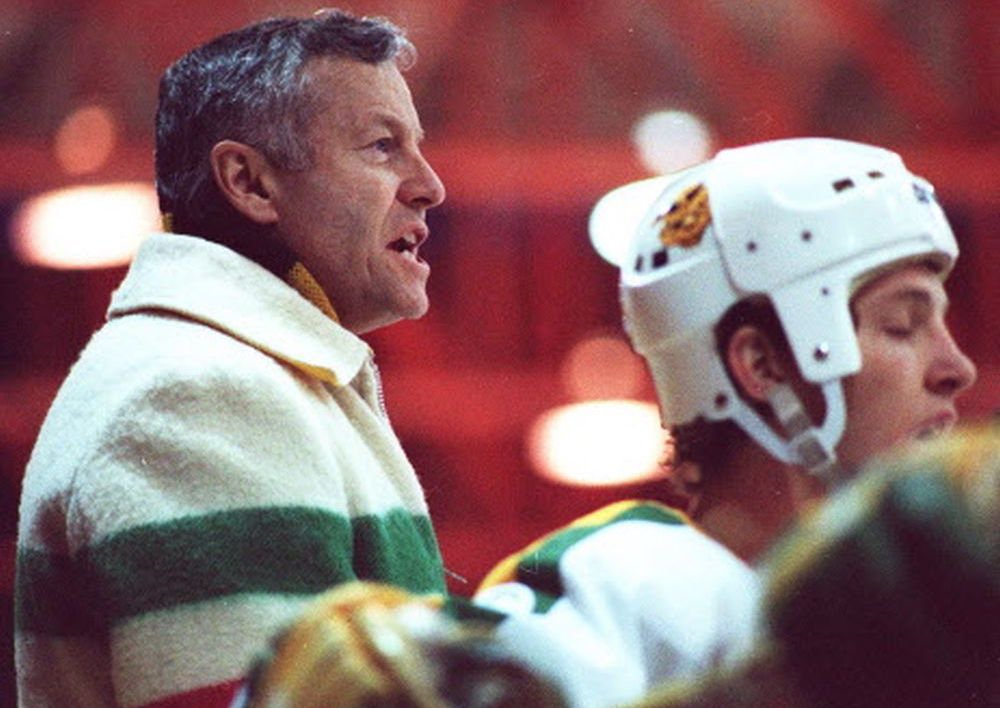 Mike Babcock – the head coach Toronto Maple Leafs, a Stanley Cup winner and two-time Olympic gold medalist – captured the University Cup in 1994 as bench boss of the Lethbridge Pronghorns. While it was the only national championship the team has won, the Pronghorns will be back in the tournament next year when they host the University Cup at the ENMAX Centre, home of the Western Hockey League’s Hurricanes.

We are really proud to be the first team to win the championship, the timing was just so right that we could be the part of the first group to win a national university championship.

Along with Babcock, the cup has been hoisted by coaching great Tom Watt, who has also won a Stanley Cup and coached the University of Toronto Varsity Blues to nine University Cups. Dr. Randy Gregg played eight seasons with the Edmonton Oilers, winning five Stanley Cups in addition to a pair University Cups as captain of the Alberta Golden Bears. Another distinguished coach, Clare Drake has won six national university championships with the Bears and was inducted into the Hockey Hall of Fame in 2017. The U SPORTS major awards for hockey, academics and community service, along with the Rookie of Year are named in Dr. Gregg and Drake’s honour, respectively. 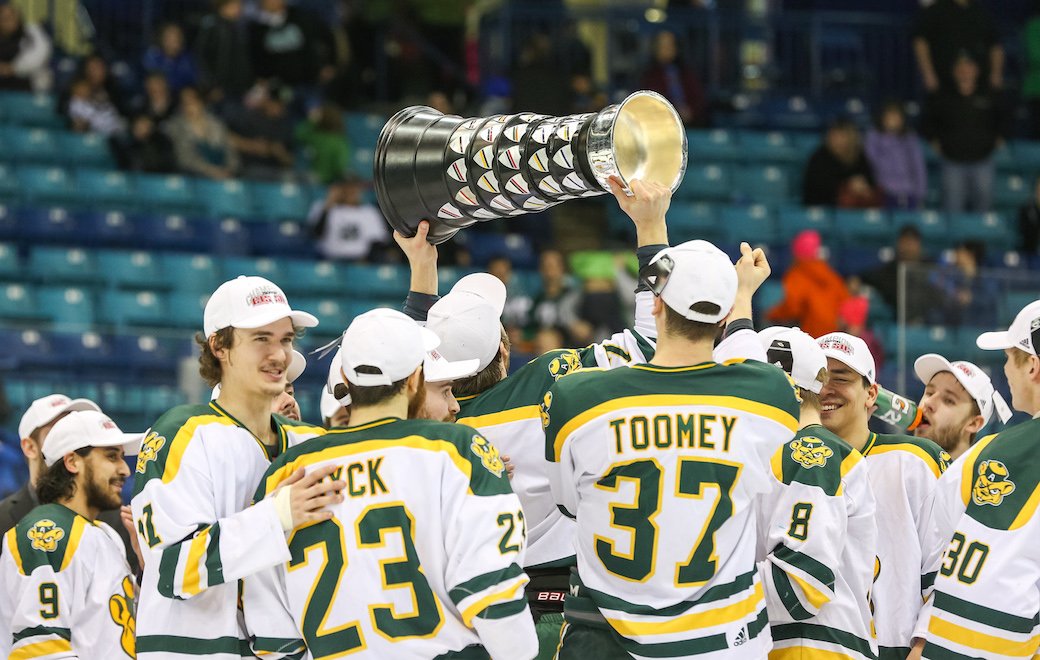 “He taught us if you were going to do something, do it hard, do it with your friends, do it as a team,” says Dr. Gregg, as he recalled the impact that Drake had on him and his career.

The Golden Bears have the most national titles with 15, while the Toronto Varsity Blues sit second with 10 and hold the longest streak of consecutive championships with five in a row from 1969 to 1973. In third, UNB holds seven championships, UQTR and Moncton each have four, York owns three, Acadia has two and 10 additional teams – including McMaster – each own one championship.

He taught us if you were going to do something, do it hard, do it with your friends, do it as a team.

The University Cup has been the envy of all university hockey players for 55 years, woven into the very fabric of U SPORTS. Thanks to  the late Maj. McLeod, Canada is fortunate enough to have such an incredible university athletic brand that brings people together from coast to coast to celebrate competition, comradery and Canada itself. 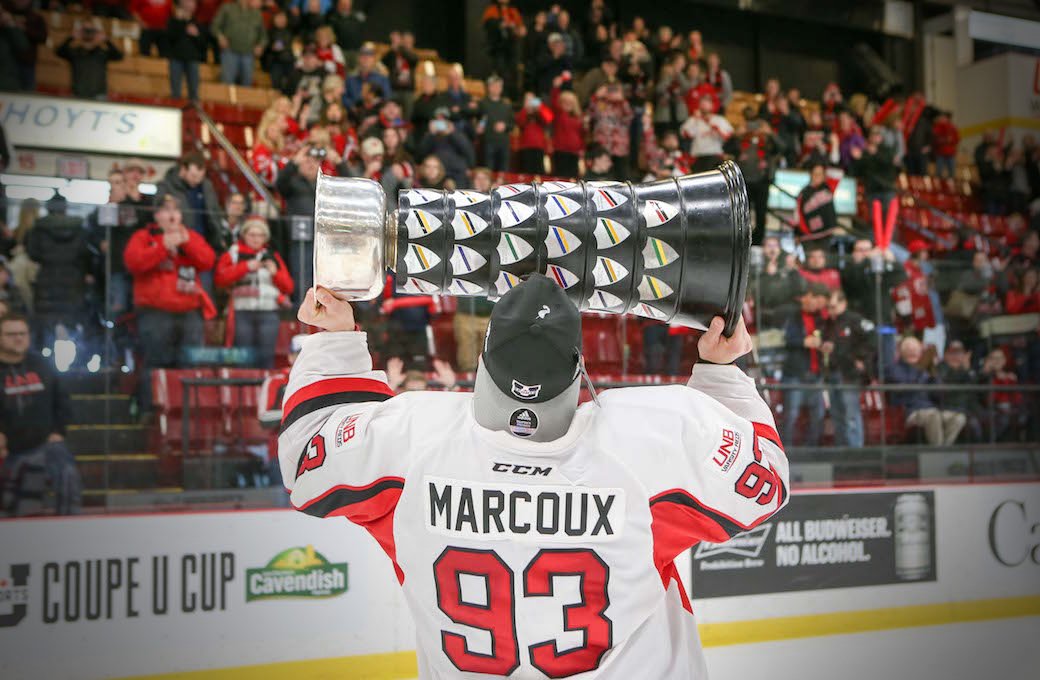