Derek Ryan can’t help but laugh when he thinks about his journey to the NHL. After all, “Doc” is only among a handful of former U SPORTS players to crack an NHL lineup.

“I think about it almost every week,” says Ryan. “How I got to the NHL is a lot different than how an 18,19 or 20 year-old coming out of junior made it. My route was definitely a lot harder, so I appreciate this a lot more.”

The opportunity to make his mark on the NHL didn’t come right away though. The former University of Alberta Golden Bear joined the school’s hockey program as a highly sought-after recruit after a successful junior career with the Spokane Chiefs of the Western Hockey League (WHL). In 216 games, Ryan put up 167 points. When his time with the Chiefs came to a close, Ryan had to make a choice: try to find a professional deal in the ECHL or AHL, or look at university as an option.

“Education was always big for me and my family. My parents pushed that on me pretty hard. I wanted to make sure that I had something to fall back on if hockey didn’t work out.”

When the decision was made that Ryan was going to be playing university hockey, he started to look to Canada. Eric Thurston, the head coach of the Golden Bears at the time recruited Ryan heavily. He had seen him play a couple times and knew that he would fit right into the roster.  The U of A is one most successful programs in U SPORTS men’s hockey, and that was a big draw for Ryan. Plus, it helped that it was still relatively close to his hometown of Spokane, Wash. 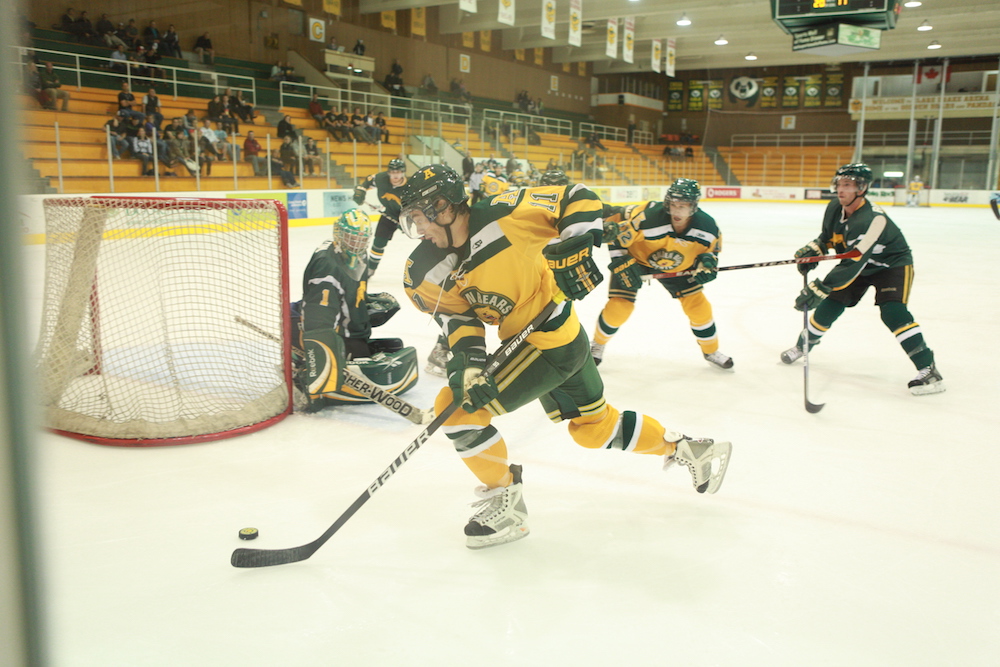 “I just saw this player who played at unbelievable speed with unbelievable skill,” says Thurston. “Recruiting wise, it was probably one of the best decisions I ever made.”

Ryan’s first year with the Bears was the 2007-08 season. He joined a strong team that had finished second in Canada West the year prior. Despite the depth of the team, Ryan quickly carved out a place for himself as one of the team’s top forwards. Thurston recalls putting Ryan out on 5-on-3 penalty kills and placing him on the power play, roles usually reserved for upperclassmen. He finishes his rookie season with 25 points in 28 games. On top of that, he would help the Golden Bears to yet another national championship.

“To go there and win my first, maybe I was a little spoiled,” Ryan remembers. “I thought I was going to win the title all four years after that. It was one of those experiences that I’ll never forget.”

Even though the Golden Bears wouldn’t capture another national title during his time there, Ryan continued to make strides as a player. In his next three seasons, he would record 35, 39 and 47 points, and would claim Canada West MVP and U SPORTS First Team All-Canadian honours in his final season. In 2011, “Doc” graduated from the U of A with a degree in human physiology.

“Those are the years that shaped me to the person that I am now. It forced me to mature as a person. I made lifelong friends in Edmonton. I got married before my fourth year.”

After finishing in Edmonton, the American flew overseas to play in leagues across Europe. He played in leagues in Hungary and Austria. He even led the Swedish Elite League in scoring in 2014-15. Despite being thousands of kilometres away, those lessons he learned at school followed: time management, maturity, etc.

The next year, Ryan got a call and found himself playing with the Charlotte Checkers of the AHL, the farm team for the Carolina Hurricanes. His first NHL game came later that year in March against the New Jersey Devils, and he wasted no time in scoring his first goal that same game as a 29-year-old.

After spending parts of three seasons in Carolina, Ryan signed as a free agent with the Calgary Flames this past summer. A three-year deal with a $3.125 million average annual value is a nice raise after making $1.425 million with the Hurricanes last season.

Ryan’s signing in Calgary has become a reunion of sorts. He’s back in Alberta, and a couple hours north is his alma mater in Edmonton, where he’ll play on Sunday night on Rogers Hometown Hockey. To the south across the border is his hometown of Spokane. He also rejoins coach Bill Peters, who’s coached Ryan in junior at Spokane as well as in Carolina and also spent time behind a U SPORTS bench with the Lethbridge Pronghorns. So far this season, Ryan has impressed Peters with his versatility. 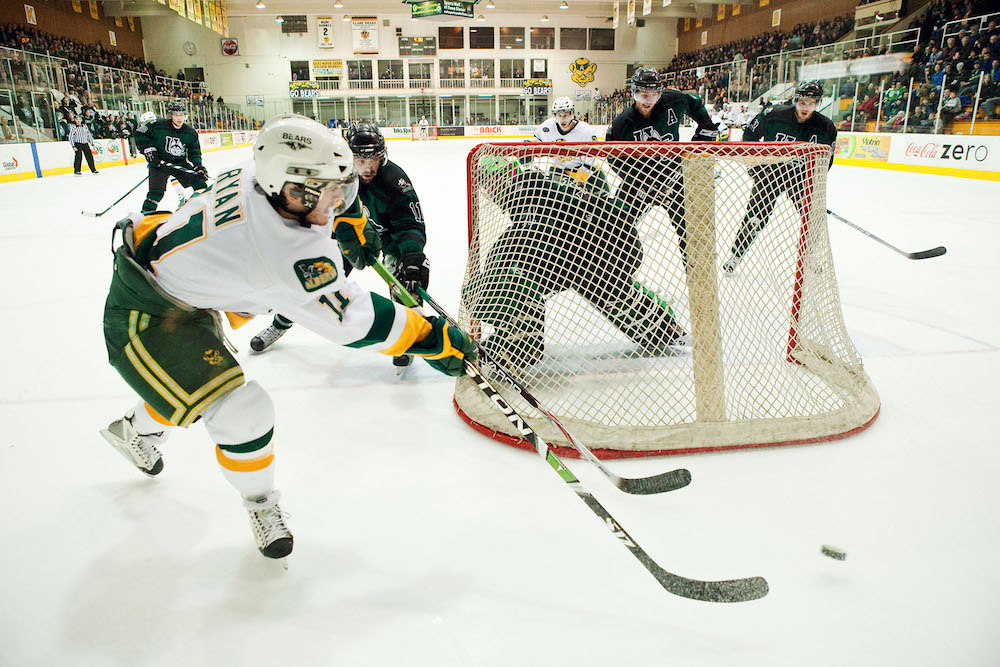 “He’s been good, steady. He’s a guy who knows how to play and someone you can move around the lineup too,” says Peters. “When Doc is playing well, he’s tenacious and he’s on pucks.”

That tenacity is part of the reason that Thurston regards Ryan as one of this favourite players he ever coached.

“My son always asks who my favourite player was when I was coaching, and it’s easy. It’s Derek Ryan. Even in university, he was a pro. He was a student-athlete that never gave up on his dream.”

With his third full NHL season underway, Ryan looks ahead to his future as a mainstay in the league and is ready to do what he’s always done: Adapt to the situation.

“It's kinda crazy to look back on, there were so many different steps to look back on that were involved,” Ryan explains. “If I slipped up at all at any of those steps, I wouldn’t be here today.”