Th defending champion Alberta Golden Bears have been named David Johnston University Cup favourites in the lead-up to an action-packed weekend of #CHAMPSZN.

The 2019 U SPORTS Cavendish Farms University Cup, hosted by the Lethbridge Pronghorns kicks off on Thursday at the ENMAX Centre, home of the Western Hockey League’s Lethbridge Hurricanes,  and concludes next Sunday with the gold-medal final at 8 p.m. ET / 5 p.m. PT. The semifinals and final will be broadcasted live on Sportsnet 360 and SN NOW All remaining games livestreamed at USPORTS.LIVE. 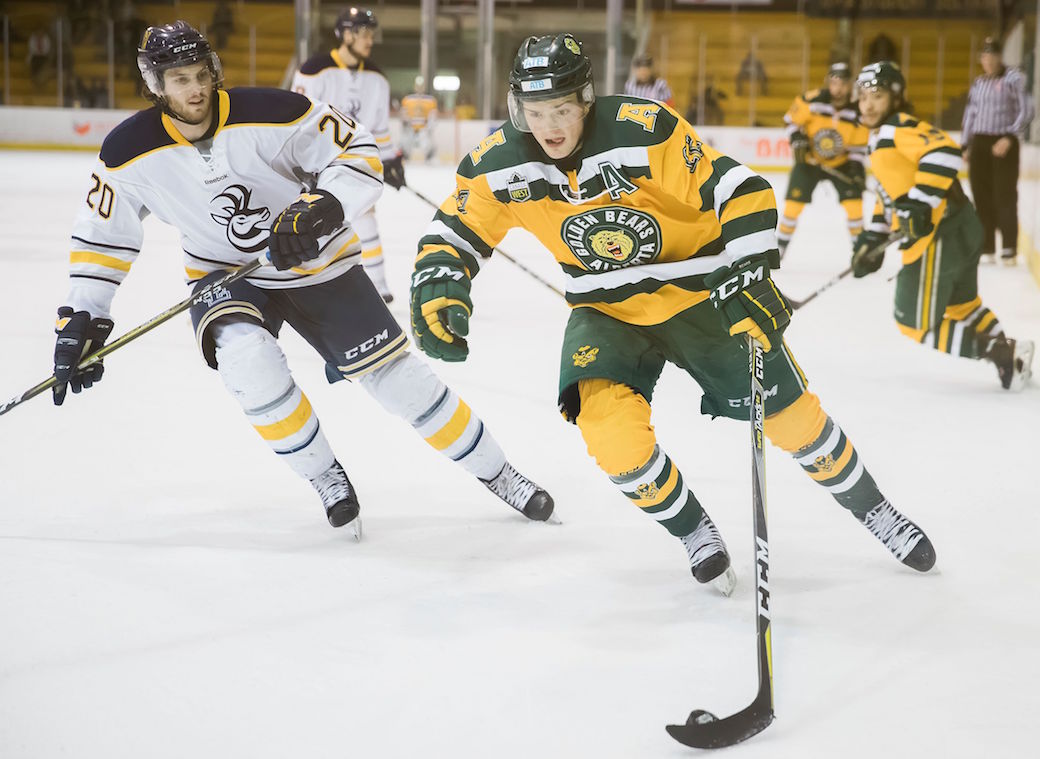 Looking for their second-straight University Cup Championship and fourth in the last six seasons, the Golden Bears head to Lethbridge as the likely tournament favorites.

The Bears finished the regular season with 13 straight wins, will earning a point in 21 straight games, their longest streak since 2004. After a first round playoff bye, the Bears swept the Calgary Dinos in the conference quarterfinal, before beating Saskatchewan on the road in the conference final. The Canada West Championship is their third-straight, and six in the past seven seasons.

The Bears are led by third-year forward Luke Philp, who led the conference in scoring with 45 points in 24 games, earning back-to-back Player of the Year Awards. Third-year defenceman Jason Fram also captured his second straight Defenceman of the Year Award, leading all Canada West defenders with 30 points. 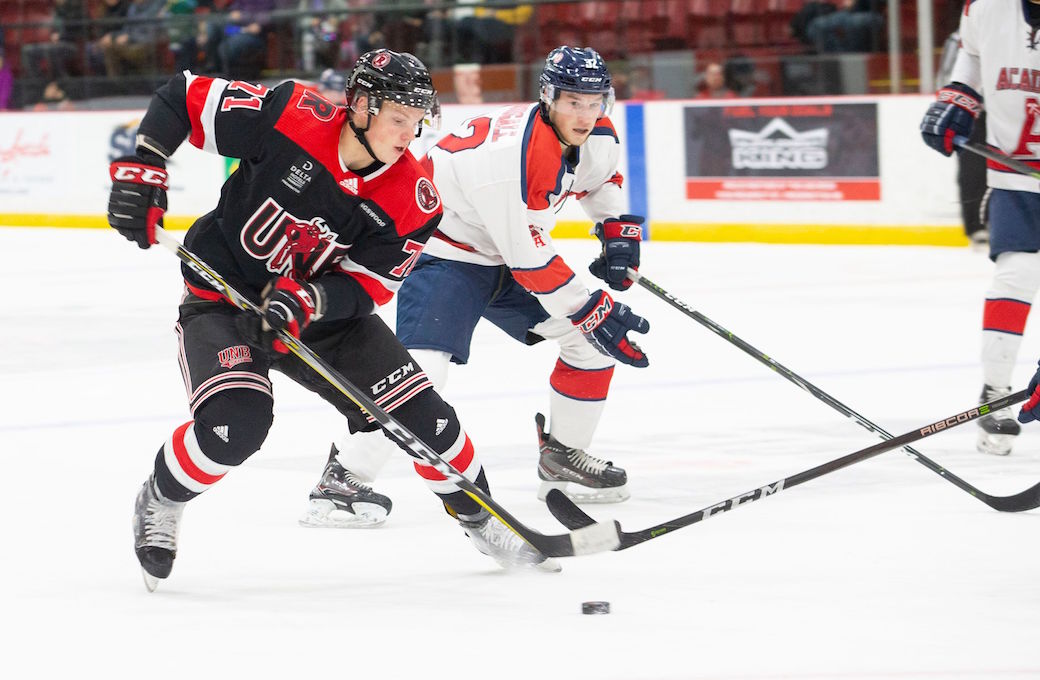 The UNB Reds began the quest for a second consecutive Atlantic University Sport title with a bang, winning their first seven games of the season.

The Reds didn’t lose in regulation until Jan. 12, in the 22nd game of their season. They captured their 12th consecutive AUS regular season title with a 25-2-3 record.

Four Reds were among the top six in AUS scoring, including Tyler Boland (St. John’s, NL), the league’s second-leading goal scorer, with 19.

UNB’s first place finish earned them a first-round AUS playoff bye for the 13th year in a row.

It was a historic season for the Queen’s men’s hockey program. The Gaels finished out the OUA season with an 18-10-0 record and captain Spencer Abraham surpassed the Queen’s record for points by a defenceman in a career in his final regular season game.

In the OUA playoffs the Gaels began to hit their stride, sweeping Concordia in an opening round matchup and then taking down the top-seeded Ottawa Gee-Gees. Queen’s then turned the tables on Carleton as well and finished out the series with a 2-0 sweep, advancing back to the Queen’s Cup for the first time since 2017 and hosting the championship for the first time since their last title in 1981.

In the OUA championship, the Gaels once again proved to be too much for their opponent securing a 4-1 win to claim their seventh Queen’s Cup title and first since 1981. 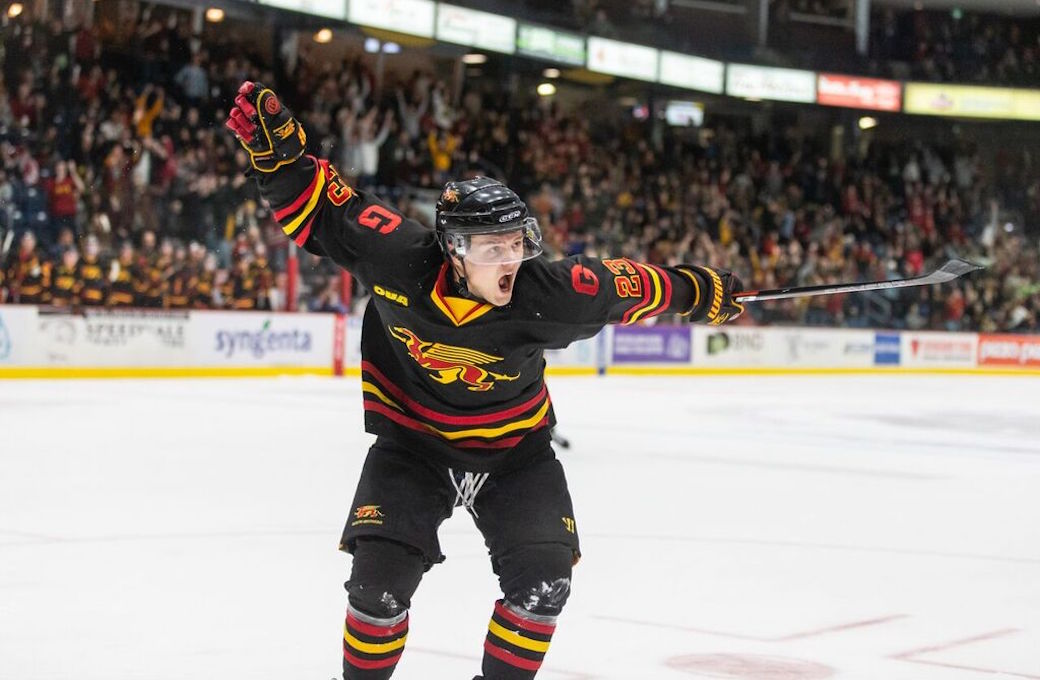 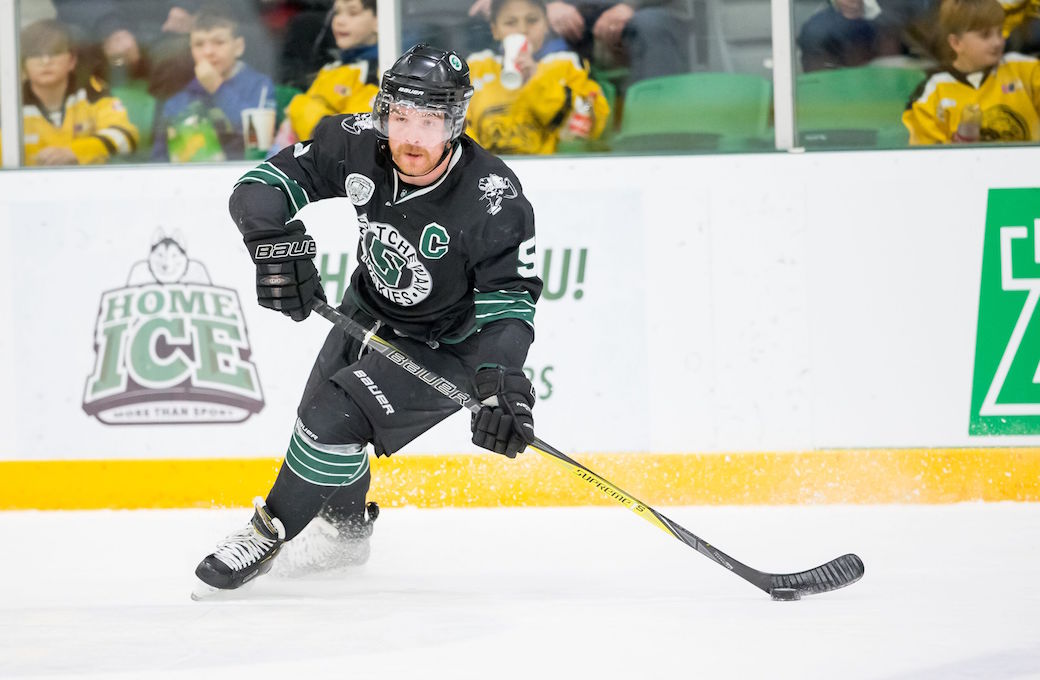 A program-best 25 wins in the regular season propels the Huskies into the University Cup, their 20th appearance in the national championship tournament. Making the move from the historic Rutherford Rink to the brand-new Merlis Belsher Place this season, Saskatchewan went 14-1 in their new digs. Outside of splitting the season series with the Alberta Golden Bears, the Huskies were 23-1 in Canada West action. Jesse Forsberg, Carson Stadnyk and Taran Kozun were all named First Team All-Stars while Kohl Bauml and Gordie Ballhorn were on the Second All-Star and All-Rookie teams respectively. Taran Kozun set four Canada West regular season records: most consecutive shutouts (3), longest shutout streak (267:53), shutouts in a season (5) and wins (20). 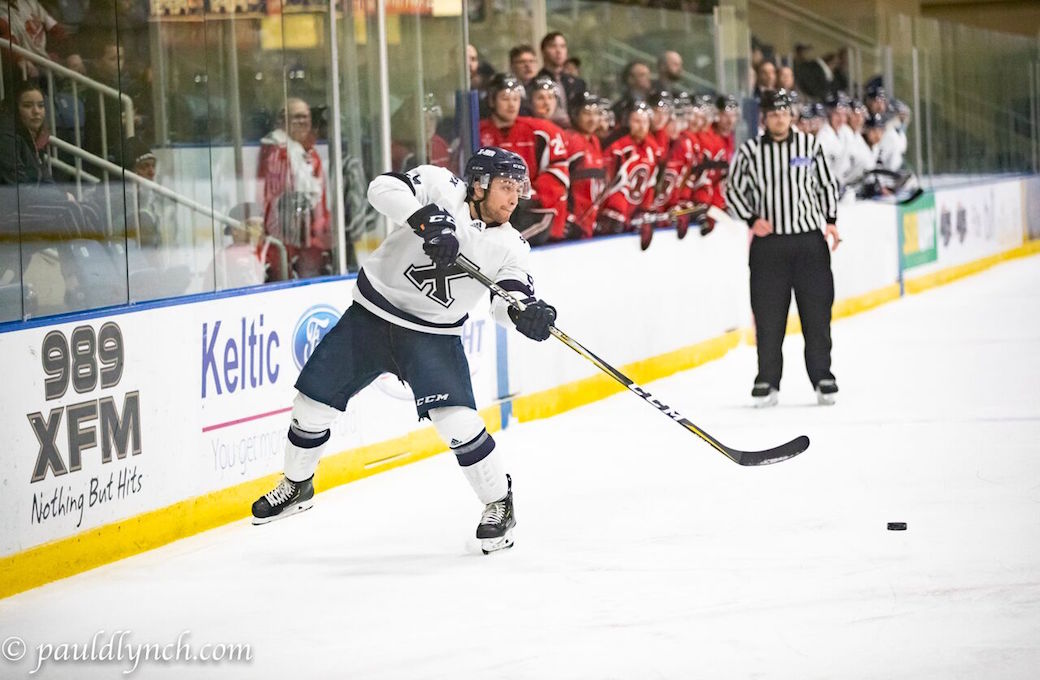 The StFX X-Men finished in third place in the AUS standings with a 15-12-3 record, performing significantly better on home ice (12-3) than when they took to the road (3-12). They had the second-best penalty kill unit in the AUS this season (85.2 per cent) and were third in power play percentage (20.8 percent). StFX had an up and down season, plagued throughout the year with injuries across the line-up, particularly towards the end of the season and into the playoffs, but they persevered and were AUS finalists. They are led between the pipes by reigning U SPORTS Goaltender of the Year Chase Marchand. Holden Cook, Mark Tremaine, Adam Stevens and Matt Needham provided the main fire power up front, while Cole MacDonald was the top scoring defenseman. 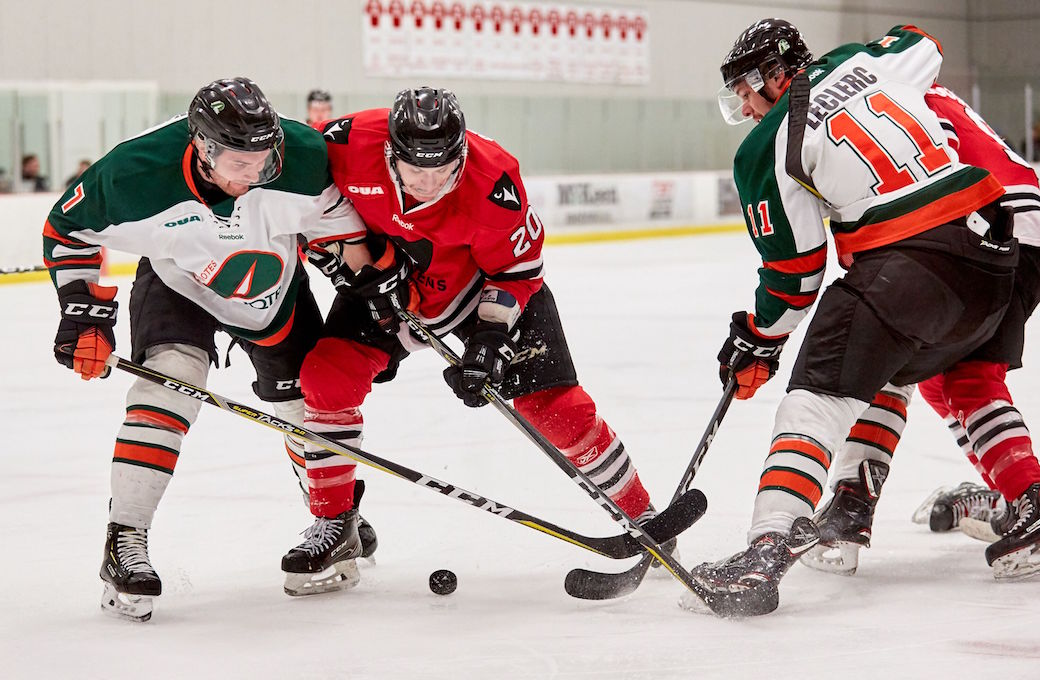 After a brief stumble out of the gates, the Ravens seemed to be headed for the playoffs during the majority of the regular season. Carleton had three separate five-game win streaks and won the season series with cross-town rival and division leading uOttawa Gee-Gees 2-1. The season’s rivalry matchups featured a comeback, shootout win at the third annual Colonel By Classic game. Having graduated a handful of veterans, the Ravens entered 2018-19 as a relatively young squad. Some of their youngest players have been bright spots in the lineup throughout the regular season. First-year forward Jacob Smith leads the team in goals and assists, along with a solid 25-point season from fellow rookie Brogan O’Brien. 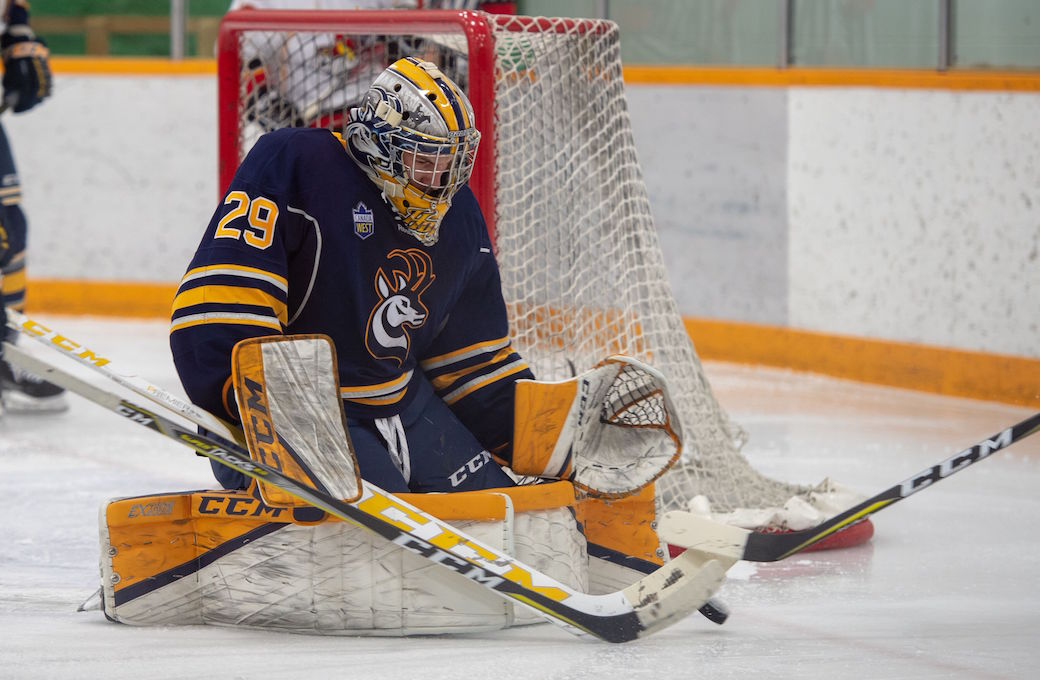 As host of the 2019 U SPORTS Cavendish Farms University Cup, the Lethbridge Pronghorns knew they would be playing in March, but the goal was to improve throughout the season and make a return to the Canada West playoffs. With a new head coach taking over the program late in the summer, there was certainly a fair share of challenges to overcome this season but first-year bench boss Murray Nystrom led the Pronghorns to a return to the post-season for the first time since 2012 with a 9-17-2 record. The Pronghorns were bounced from the playoffs by the Calgary Dinos in the Canada West quarterfinals, losing game two in double-overtime.

Getting to know your U SPORTS athletics staff: Jess Salt, UOIT Ridgebacks