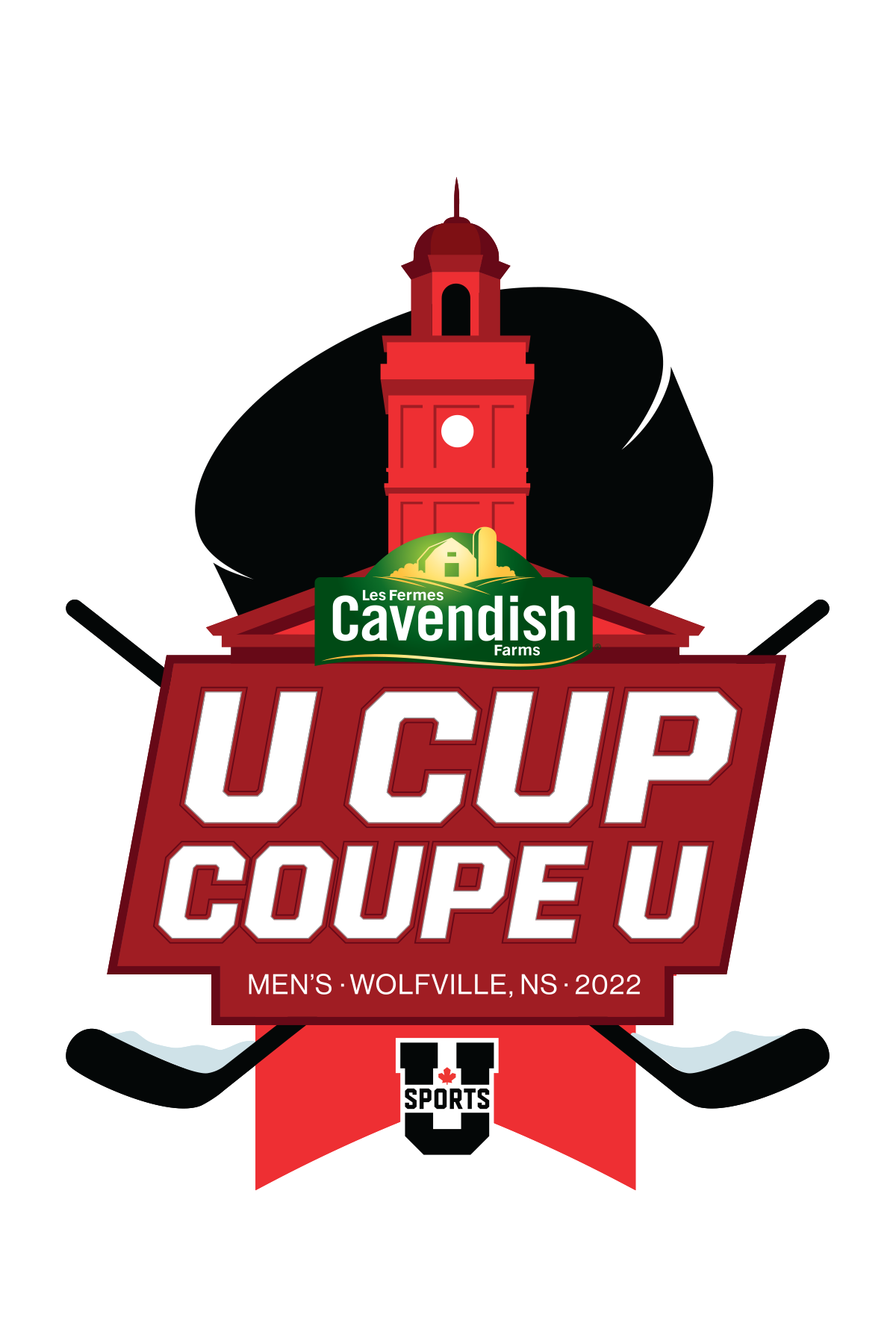 The reigning champion UNB Reds look to retain their title at the U SPORTS Men’s Hockey Championship opens in Wolfville later this week.

The Reds, who have gone 21-3-0 this season, are eyeing their eighth U SPORTS banner to become the first back-to-back champions since they did it themselves from 2015-2017.

English digital coverage can be accessed on cbcsports.ca the free CBC Gem streaming service the CBC Sports App and usports.ca and in French on usports.ca. 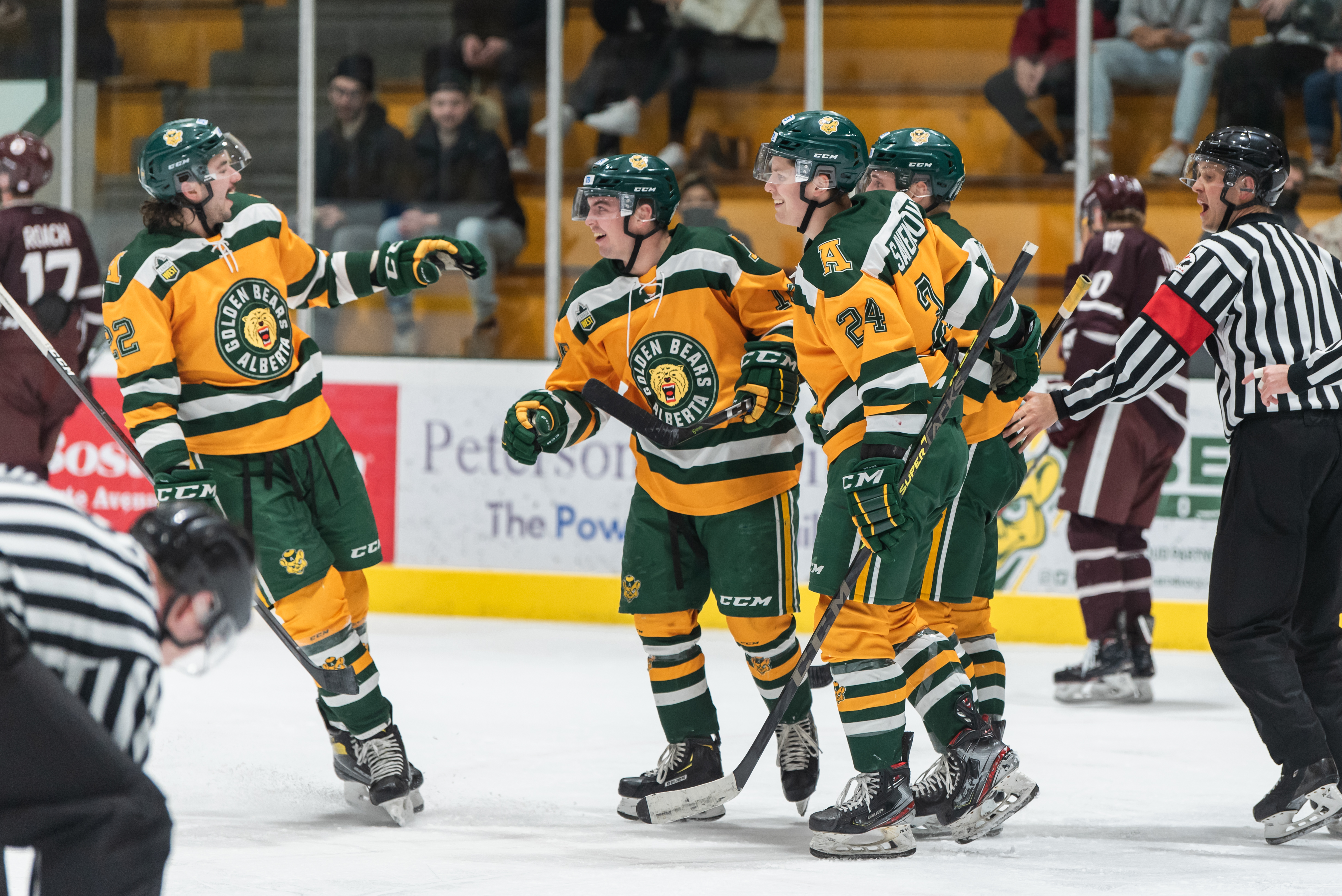 Heading to a record 43rd University Cup, the Alberta Golden Bears will aim for a record 17th U SPORTS Championship this weekend in Nova Scotia.

Despite only having one player inside the top 10 in scoring in CW, the Bears led the nation scoring 4.65 goals per game this season. However, 14 players had double-digit point totals, led by rookies Gary Haden (21), Josh Prokop (20), and Eric Florchuk (20).

Team captain Clayton Kirichenko is also coming off an incredible season, finishing with 18 points in 20 games, and was named the Canada West Defenceman of the Year. He is the only Bear left from their 2018 University Cup Championship team. 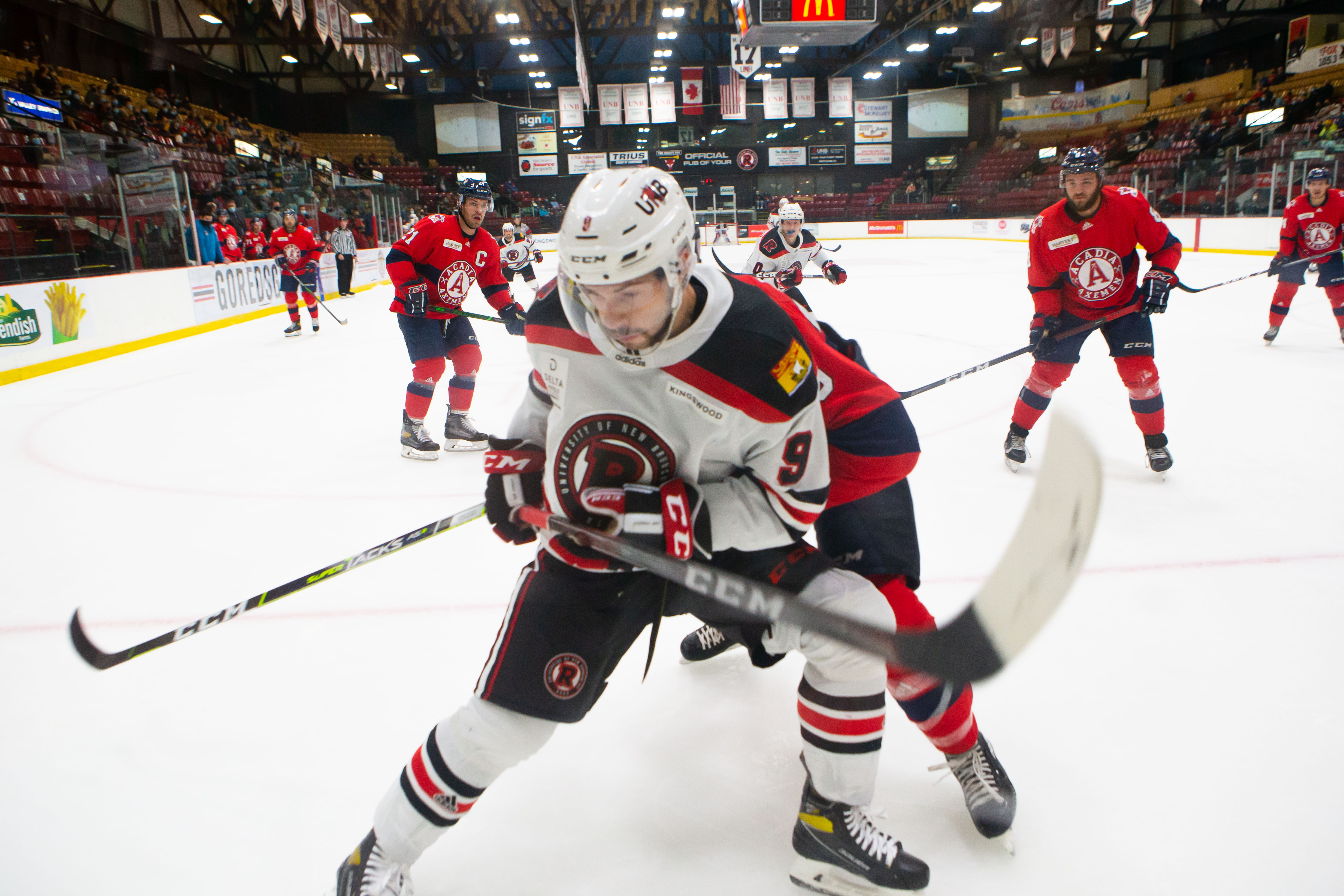 The UNB began the 2021-2022 season with a seven-game winning streak, two of the wins coming in overtime. After their first loss, the Reds returned to winning ways, with nine in a row, despite a rash of injuries. That situation saw UNB’s top two goaltenders, Rylan Parenteau and Griffen Outhouse, sidelined at the same time for a brief period. After two seasons of only ever dressing for practices, third-year Red Tanner Somers made his debut, backstopping UNB to wins over Acadia and Saint Mary’s.

UNB won five of the final six regular-season games, finishing atop the Atlantic University Sport standings for the 14th consecutive season. The REDS’ 21-3 record earned them a first-round playoff bye. In the AUS semi-finals, the REDS rode a pair of 2-1 wins over a feisty Moncton team to a series sweep and a date with the STFX X-Men in the AUS Final.

UNB’s leading scorer in 2021-22 was Guay, who only played 18 games, scoring 14 goals and 11 assists. Keating was a point behind, and Dove-McFalls had 10 goals and 10 assists. Kade Landry led UNB’s defencemen, with two goals and 13 assists. Parenteau sported the league’s best record in goal, with a 14-1 record, 1.31 goals-against average and a .938 save percentage. 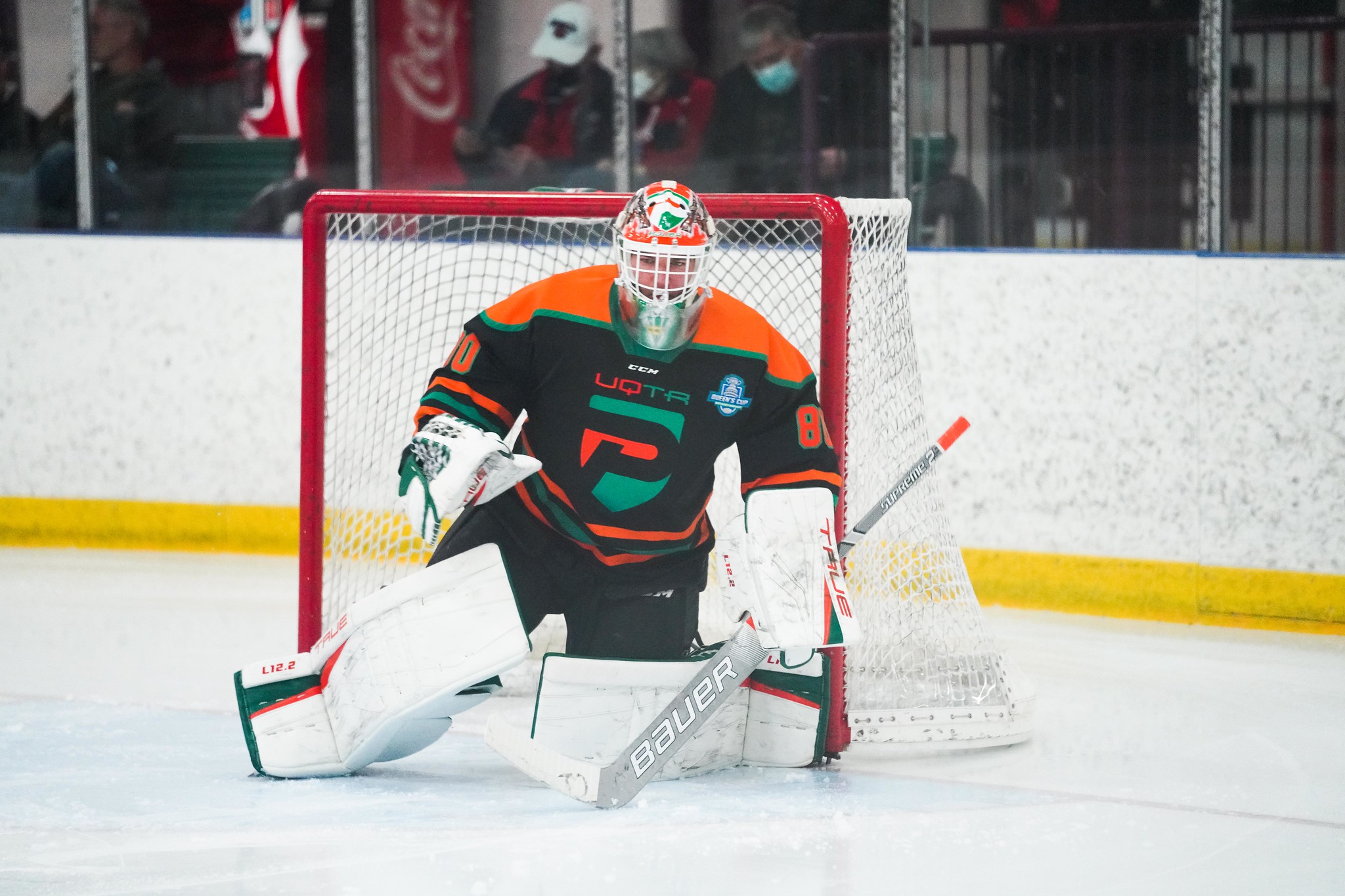 After making the lengthy trek to Niagara for the OUA men’s hockey championship clash and battling the Brock Badgers at the Seymour-Hannah Centre, the UQTR Patriotes were rewarded with a historic trophy, using a pair of powerplay goals to anchor their 3-1 win in the 110th edition of the Queen’s Cup.

Posting a 10-3-2 record in the regular season, UQTR led the OUA Far East division before going undefeated in the conference playoffs.

The Patriotes averaged 3.72 goals per game, while only allowing 2.24 goals against per game. Netminder Alexis Gravel had an 8-3-0 record, while posting a 2.06 goals-against average and a .924 save percentage. 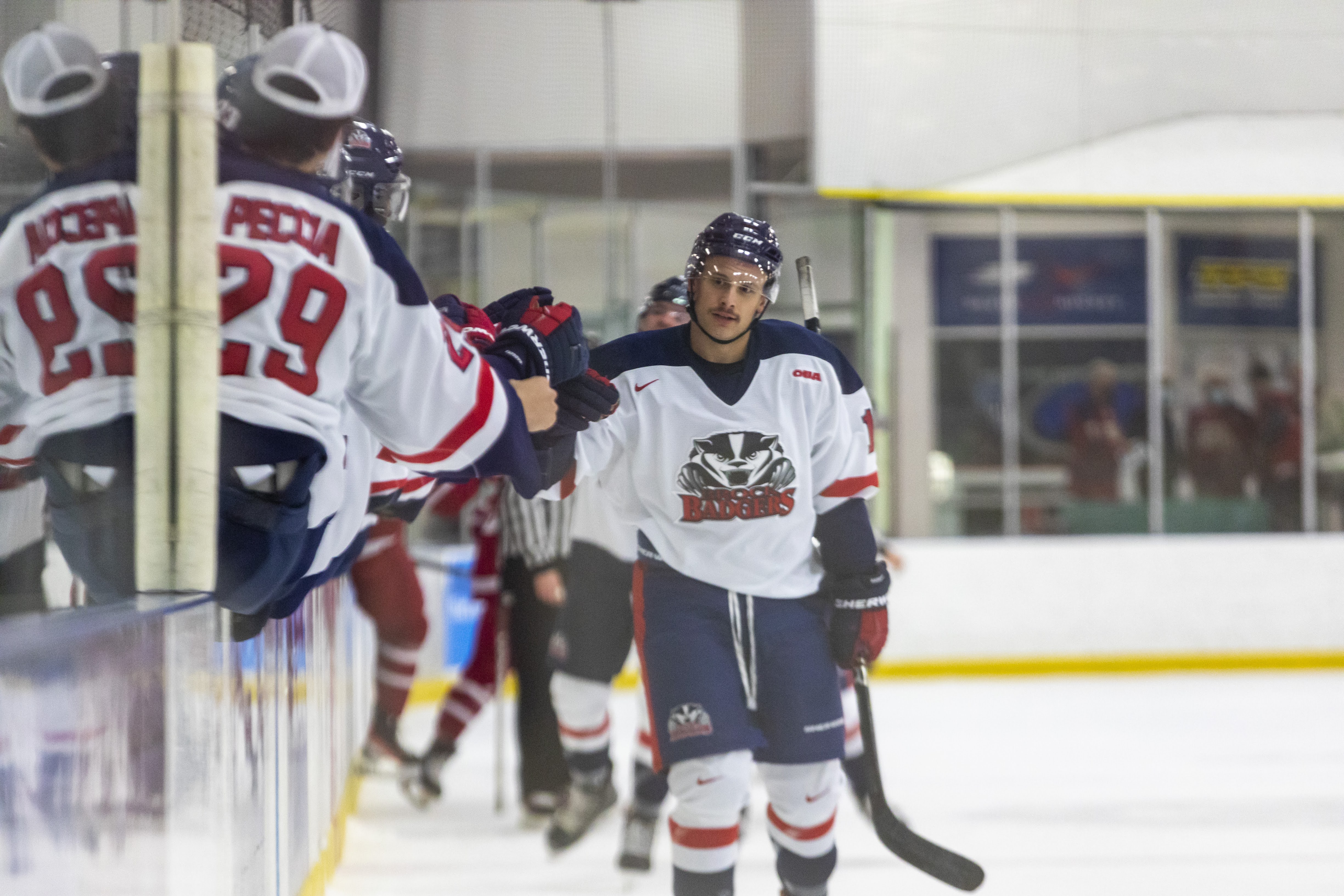 The Brock Badgers men’s hockey team arrives in Wolfville, N.S. with a reputation for taking down the favourites.

After going 7-5-2 in the regular season, the Badgers knocked off Wilfred Laurier 5-2 in Waterloo in the first round of the Ontario University Athletics playoffs on March 16. Next came an 8-2 win over York in the OUA quarter-final on March 19, followed by another upset over the West Division regular-season champion Ryerson Rams on the road at the Mattamy Athletic Centre in Toronto on March 23.

That secured the Badgers’ place at the U SPORTS University Cup and earned them home ice for the OUA Queen’s Cup championship game which was held at Seymour-Hannah Arena in St. Catharines on March. 26 against Université du Québec à Trois-Rivières.

“The guys completely deserved and earned this win and a shot at the Queen's Cup,” head coach Kevin Forrest said after the win over Ryerson. “I was impressed with the will and determination of our players tonight. We blocked a lot of shots against a team that knows how to score, which shows how much we wanted this win for each other.”

In the final U SPORTS national rankings leading into the Queen’s Cup, the Badgers sat ninth in the country. 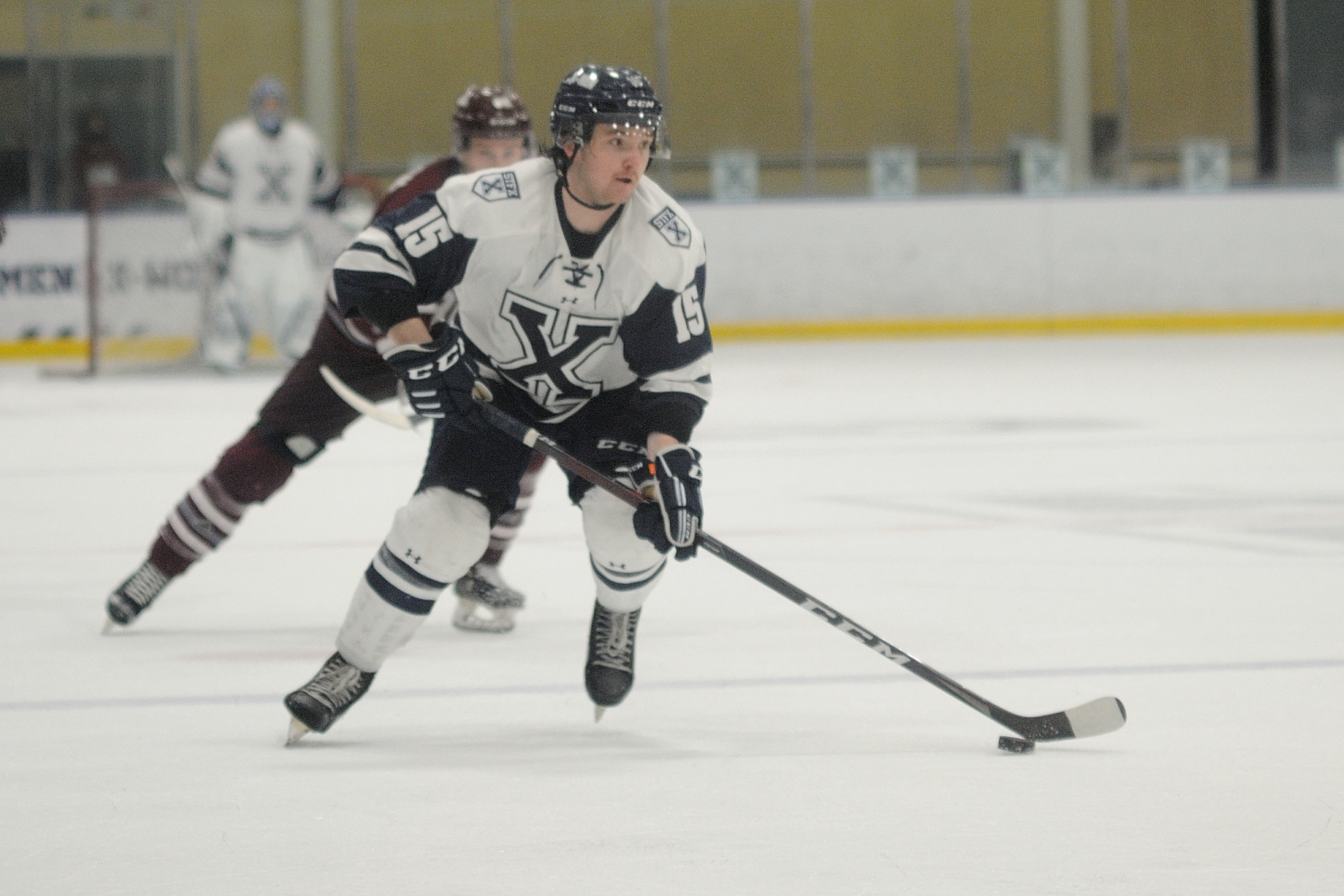 The STFX X-Men enter the University Cup as the AUS finalists, after sporting a 17-5-2 regular-season record in second place in the AUS standings. The X-Men lead the country in goals scored (102) and assists (172). Their 4.25 goals per game and 973 total shots were fifth in the country, though they were the second-most penalized team in U SPORTS (454 PIM).

The X-Men had three of the top five scorers in the Atlantic conference, led by AUS most valuable player and rookie of the year Liam Hawel with 37 points (18G, 19A). Linemate Matthew Struthers had 30 points (12G, 18A) and his 96 shots were tops in the country. Matthew Philip led the country with five game-winning goals and had 25 points (16G, 9A) on the season. Fifth-year captain Santino Centorame anchors the X-Men blue line, while Joseph Raaymakers is the starter between the pipes with a 3.17 GAA and .896 save percentage.

Guided by head coach Brad Peddle for the past 17 seasons, the X-Men have won a total of 26 AUS banners and one national championship (2004). This year marks the X-Men’s 17th appearance at the U SPORTS championship where they have an overall 21-18 record of one gold medal, four silver, six bronze, one-fourth place, and four fifth-place finishes. 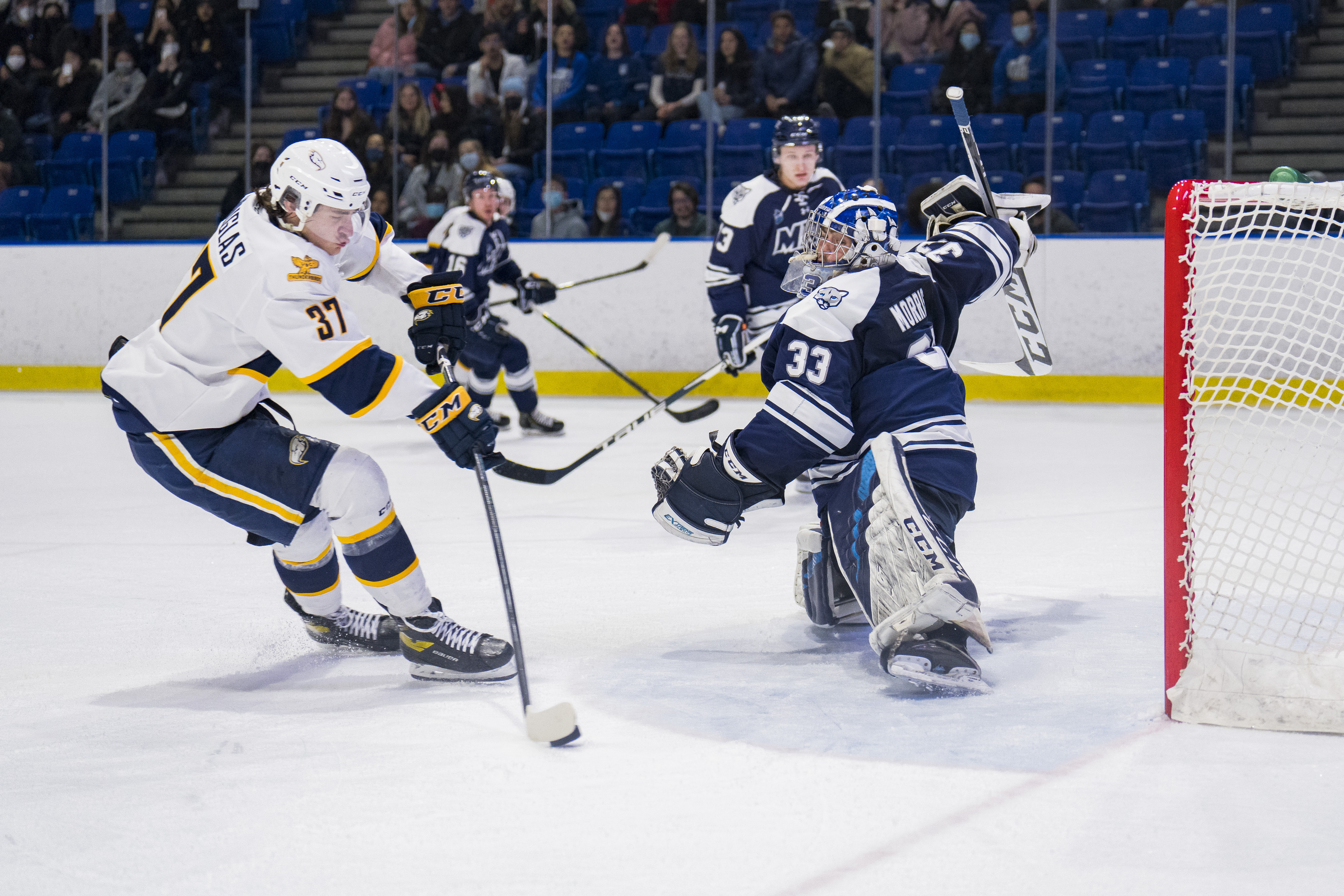 Over the course of the 2021-22 season, the UBC Thunderbirds erased any doubt their previous trip to the National Championship was no fluke.

Roaring out to a 6-0 start to the Canada West season, the ‘Birds’ only road bump in the first half of the shortened 20-game campaign came courtesy of the eventual conference champion Alberta Golden Bears.

Boasting a 10-1-1 record at the December break, the T-Birds were the first Canada West team to clinch a playoff berth, eventually finishing the season in second place, clinching a first-round playoff bye while hosting a conference semifinal series for the first time in over 50 years.

In his final U SPORTS season, Rylan Toth was spectacular for the T-Birds, putting up 11 wins with a 2.34 goals-against average and a .920 save percentage, earning Canada West Goaltender of the Year honours.

Offensively, the ‘Birds were once again led by captain Tyler Sandhu who put up 24 points. UBC also garnered plenty of production from the blue line, led by second-year Jonathan Smart’s 23 points, tops among all conference defencemen. 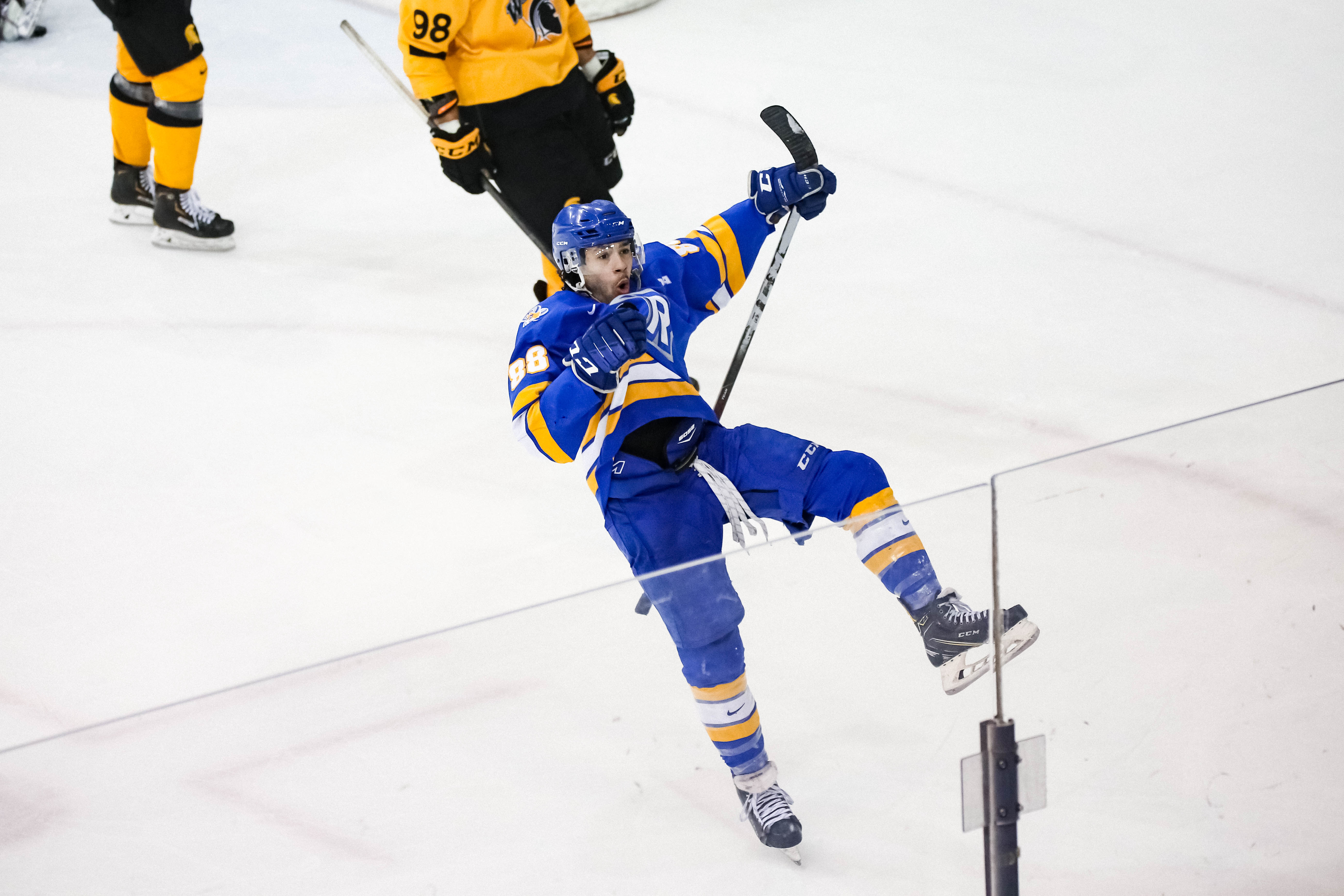 The Rams enter the national tournament on the heels of their most successful season in program history. After winningtheirdivisionintheregularseasonwithan11-4-0 record, the Rams had a flair for the dramatics in the post season. The blue and gold needed overtime in their first two rounds to advance, breaking a 60-year drought and reaching the conference semifinal. A loss to Brock in that semifinal forced the Rams into the long route to reach the national championship, recording a win in the OUA bronze medal game to qualify. It’s the first conference medal and trip to nationals in program history.

The Rams earned a consistent national ranking throughout the season, peaking at No. 5. Three Rams earned OUA awards this year, including head coach Johnny Duco as the Coach of the Year. First-year forward Kyle Bollers won the OUA Rookie of the Year and Randy Gregg awards while being named a First-Team All-Star with his teammate Ryan Wells. 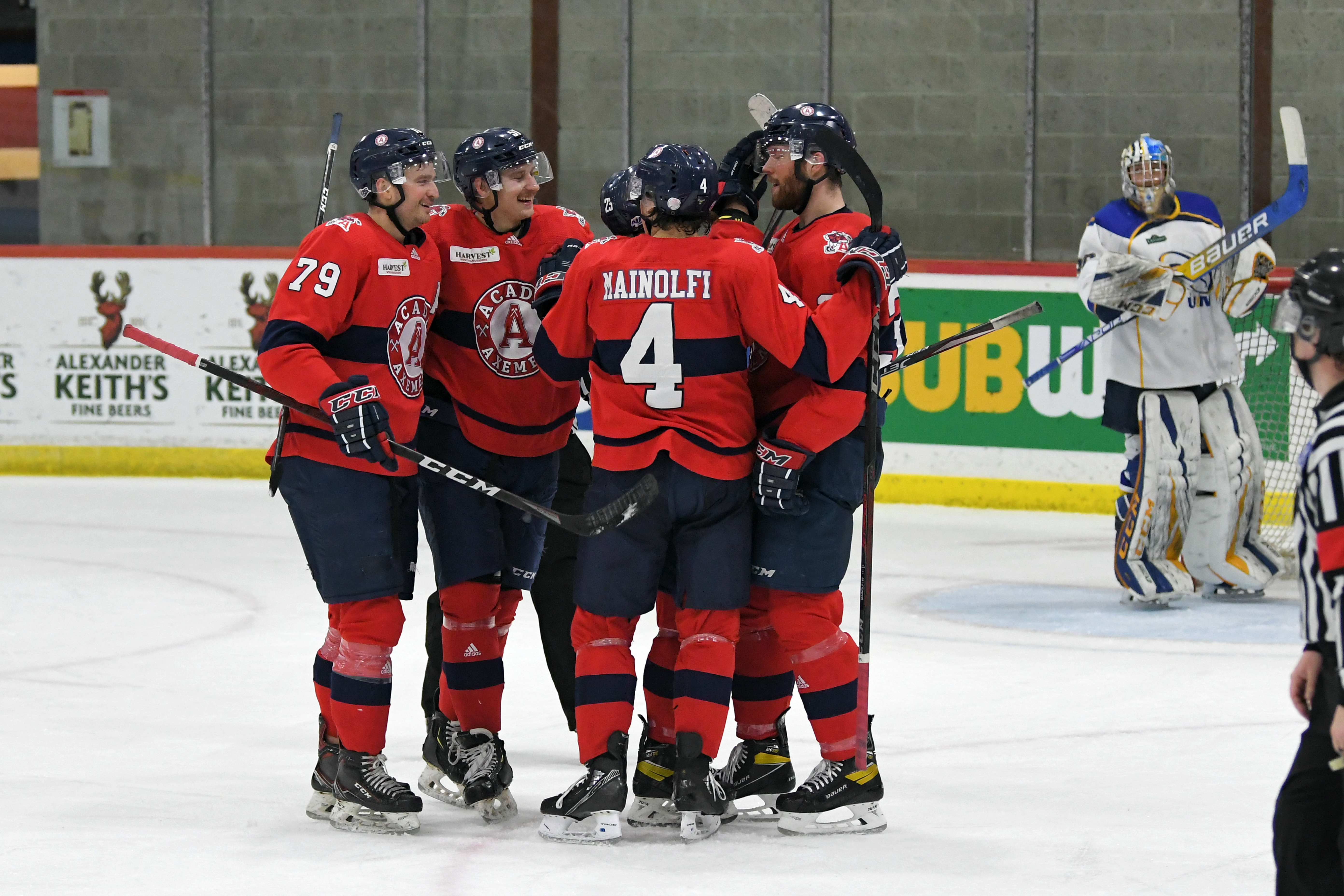 Injuries early in the AUS season shortened the Axemen bench in the opening weeks and well into the first half of the season. While injuries can never be an excuse for any team, the AUS restricted roster size of 22 added to the stress put on a young team

A team roster composed of 14 rookies, the Axemen opened the regular season with a win against the Dalhousie Tigers. On the road for games at StFX and UNB and then home against Moncton, the Axemen slipped to 2-2. The Axemen then entered three games in four days schedule that resulted in three losses and a shortened roster due to injuries.

The Axemen capped October off with wins against Saint Mary’s and UPEI before falling into a four-game losing streak. The streak was snapped in a 5-4 OT win at UPEI - a gritty win for the depleted Axemen.

The first half of the season closed off with losses to Saint Mary’s, StFX and UNB and on a positive with a win against Moncton.

Opening the second half of the season with a 6-12 record, the Axemen patiently waited for a delayed start due to restrictions imposed by the Province of Nova Scotia due to COVID-19.

The Axemen kicked off the second half with an adjusted schedule that included a 3-2 loss to StFX, an OT/SO loss to UNB and a 6-3 win over Moncton in February.

Acadia closed out the season with a loss to Saint Mary’s and a cancelled game against UPEI. In AUS post-season play, Acadia lost to Moncton in overtime in a play-in game scheduled before the AUS quarterfinals. Like most AUS men’s hockey schools, Acadia lost six players in January to the ECHL/AHL including Logan Flodell (G), Garrett McFadden (D), Maurizo Collela (F), TJ Fergus (D) and Tyler Hinam (F).