The reigning champion StFX X-Women will head into the 20th U SPORTS Women’s Rugby Championship as tournament favourites, looking to capture a second straight national banner.

The X-Women were drawn as the No.1 team going into the national tournament after holding the pole position in the U SPORTS Top 10 for the entire season. Full draw results, a championship schedule and team-by-team previews are available below.

The U SPORTS Women’s Rugby Championship, hosted for the second time by the University of Lethbridge, kicks off on Thursday at Community Sports Stadium and concludes Sunday with the gold-medal final at 8 p.m. ET / 5 p.m. PT. Live-streaming is available on USPORTS.LIVE. 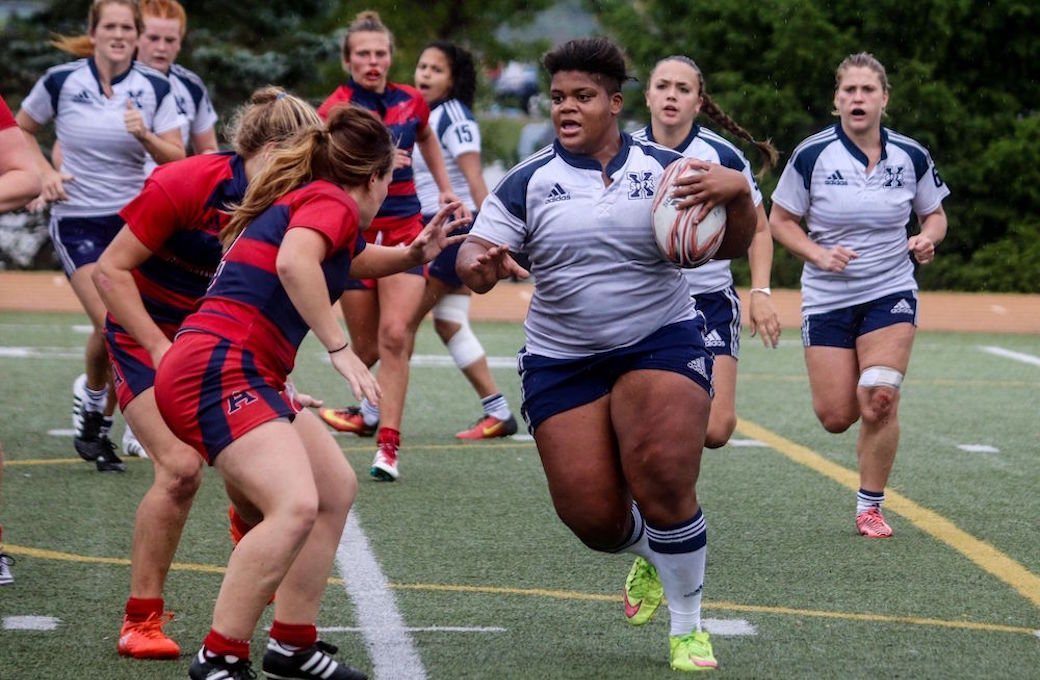 The StFX X-Women return to the national championship for the 20th consecutive season and as defending champions. The X-Women sported a perfect 6-0 record to finish atop the AUS conference. The 2017 StFX squad led the conference in points scored (485), tries (79), and conversions (45), and allowed the fewest points scored against (33). The X-Women were led this season by seven AUS all-stars, including three-time reigning AUS most valuable player Joanna Alphonso, winger June Beals, who lead the AUS conference in tries (13), and AUS rookie of the year Danielle Franada, who led the conference in scoring (116) and conversions (43). 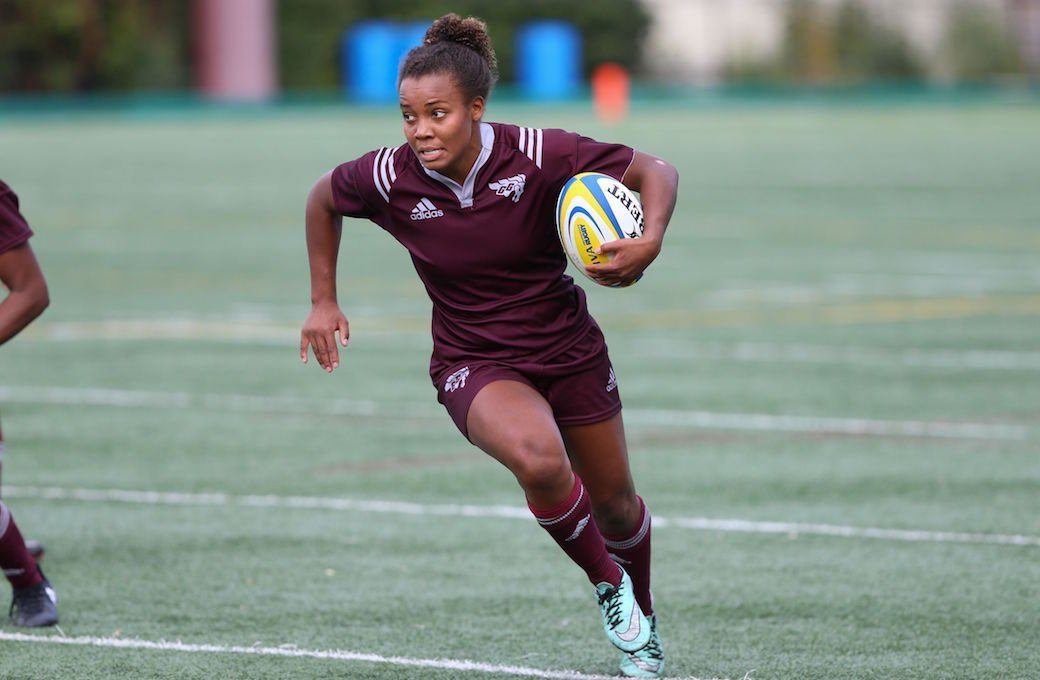 The Ottawa Gee-Gees return to the national championships for the fourth straight season under four-time RSEQ Coach of the Year Jen Boyd and have climbed higher each year with fourth, third, and second place finishes. This year Ottawa posted three shutouts while allowing the lowest points against in RSEQ On the offensive side, fifteen players for Ottawa scored at least two tries during the regular season. 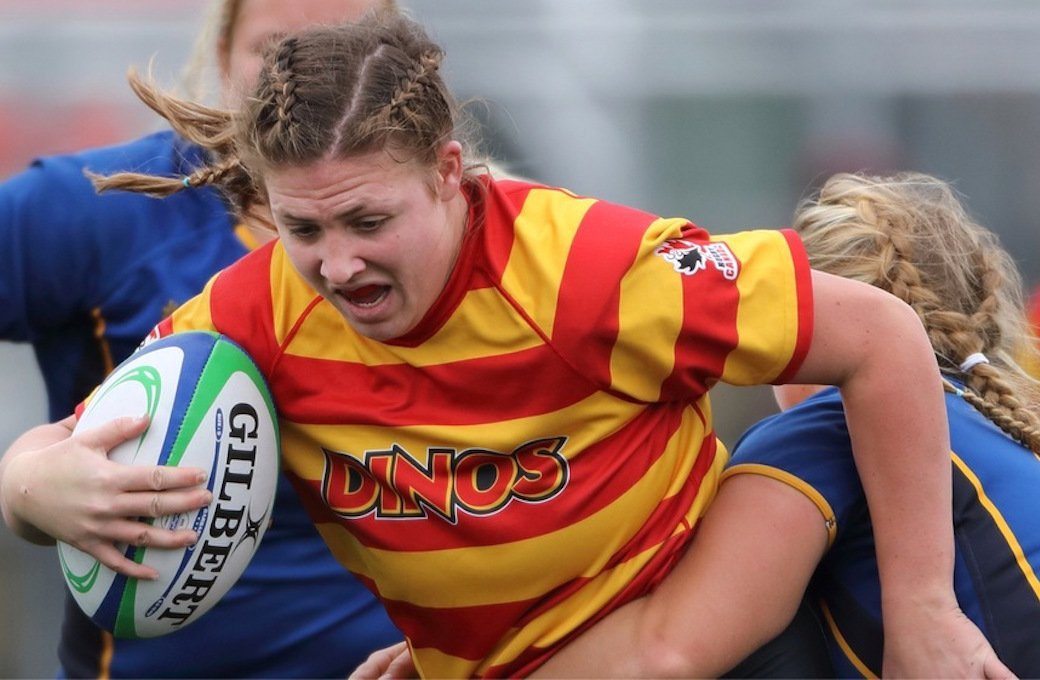 After compiling their third consecutive undefeated regular season, the University of Calgary Dinos won both their playoff matches to repeat as Canada West champions. Playing at home in the Canada West semifinal, the Dinos overpowered UBC, 44-12. This set up a rematch with Victoria which the Dinos won with a last-second, game-winning try to capture their second straight Canada West title. 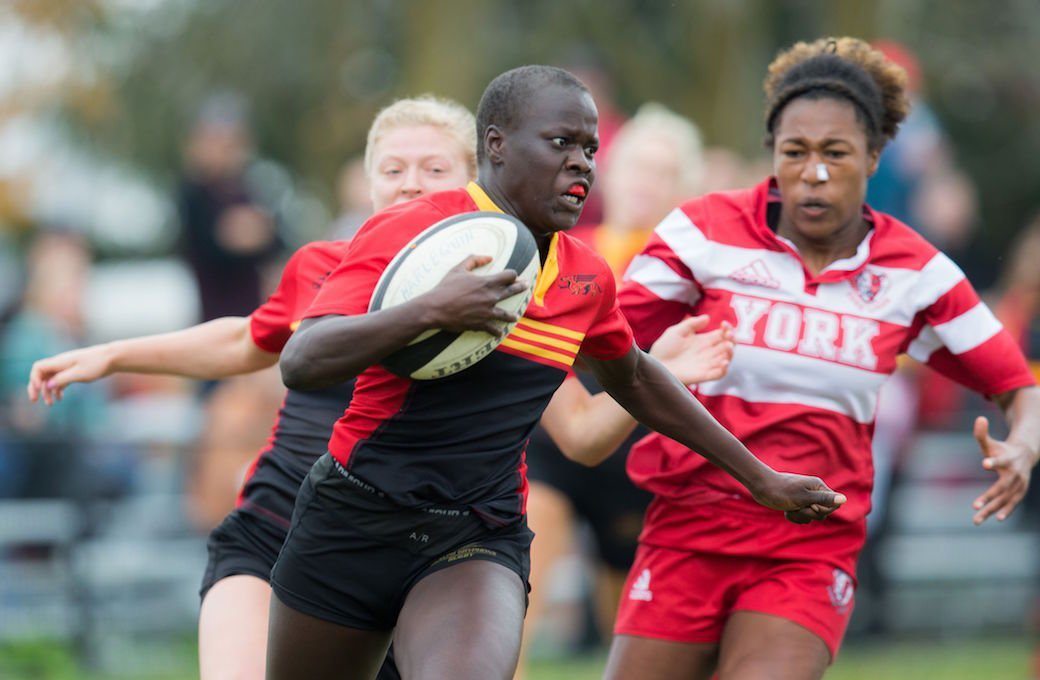 The Guelph Gryphons women’s rugby team had a primary focus heading into the 2017 season – repeat as OUA champions. The Gryphons did exactly that, defeating the Queen’s Gaels 43-17 on their home pitch last Saturday, to secure their 15th conference title in 24 years.

Guelph swept through the regular season, going undefeated in four matches before dominating the York Lions 55-0 in the OUA semi-final. The Gryphons improved defensively over the course of the year and expanded their offence in recent weeks. 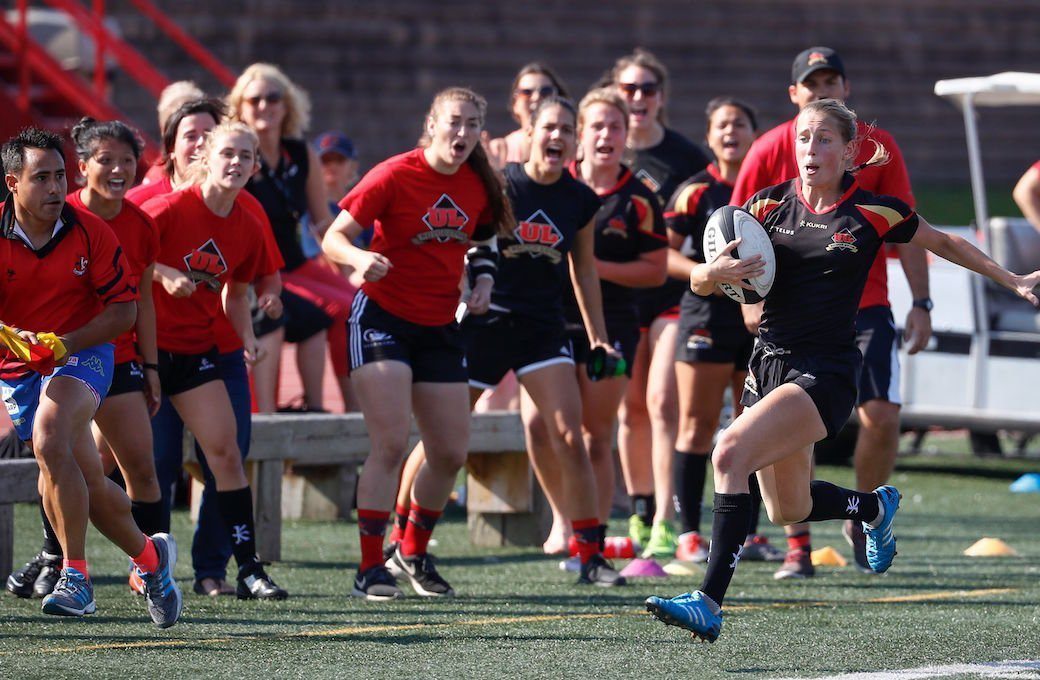 Laval finished second in the conference and thus hosted the Concordia Stingers in the RSEQ semi-final. The Stingers had ended the Rouge et Or’s season each of the last five years, but a late surge allowed Laval to surpass its demons and win by a score of 32-26, granting them a spot in the U SPORTS Championship for the first time since hosting the event in 2013. On Friday night, the team claimed the conference silver medal, losing the RSEQ championship to Ottawa 25-7. 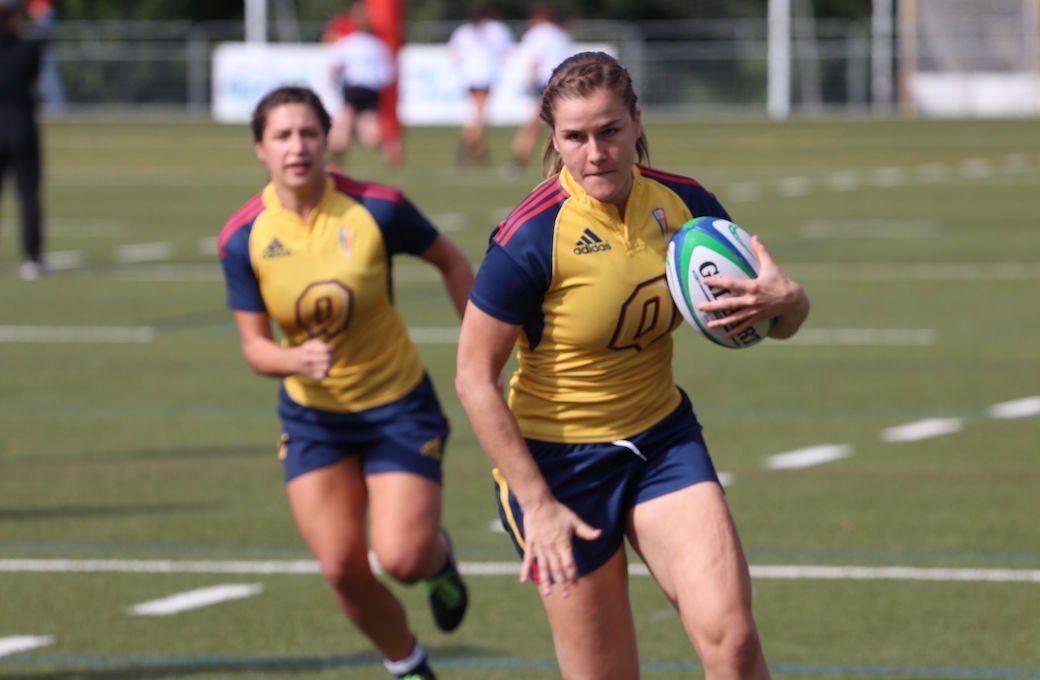 Under the guidance of first-year head coach Dan Valley, the Queen's Gaels turned heads this year, being a nationally-ranked program all season and showed why in the OUA playoffs. They dismantled Trent in the OUA quarter-final 109-0, setting a team record for most points scored in a game, then headed to Hamilton and upset McMaster 20-15 in the semifinal. The Gaels head to Lethbridge coming off an OUA championship loss to Guelph. 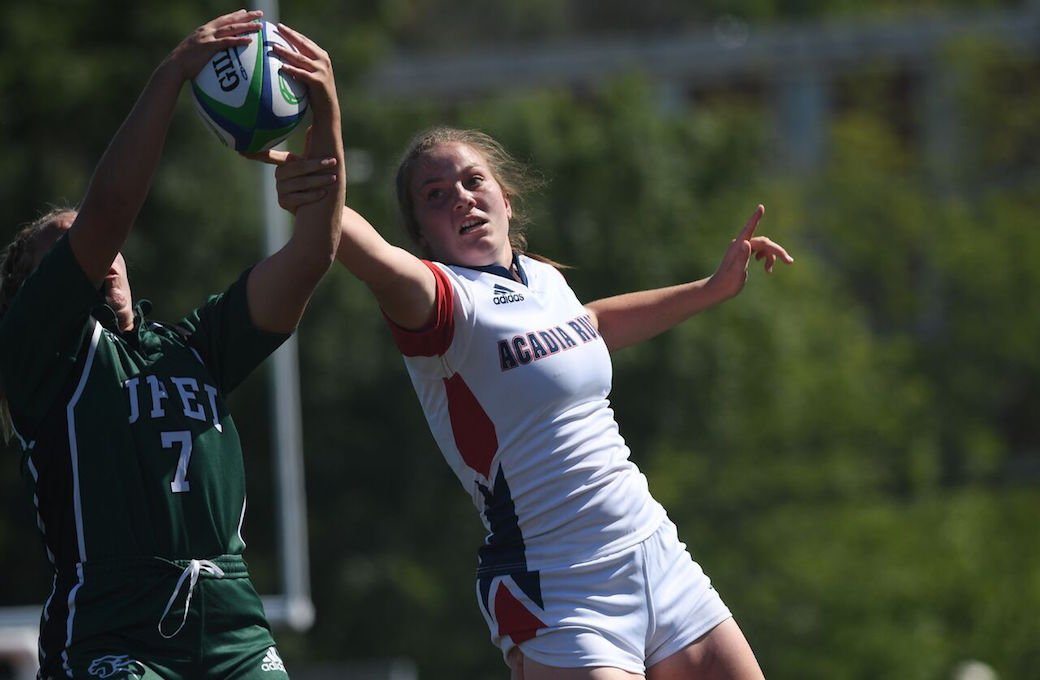 The Axewomen finished the AUS regular season with a 4-2 record, losing only a pair of games against the reigning AUS and U SPORTS champion StFX X-Women. In AUS semifinal action, the Axewomen posted a 53-18 win over visiting UPEI, to move onto the AUS finals for the seventh season in a row, before falling to eventual conference champion StFX again, 58-21. 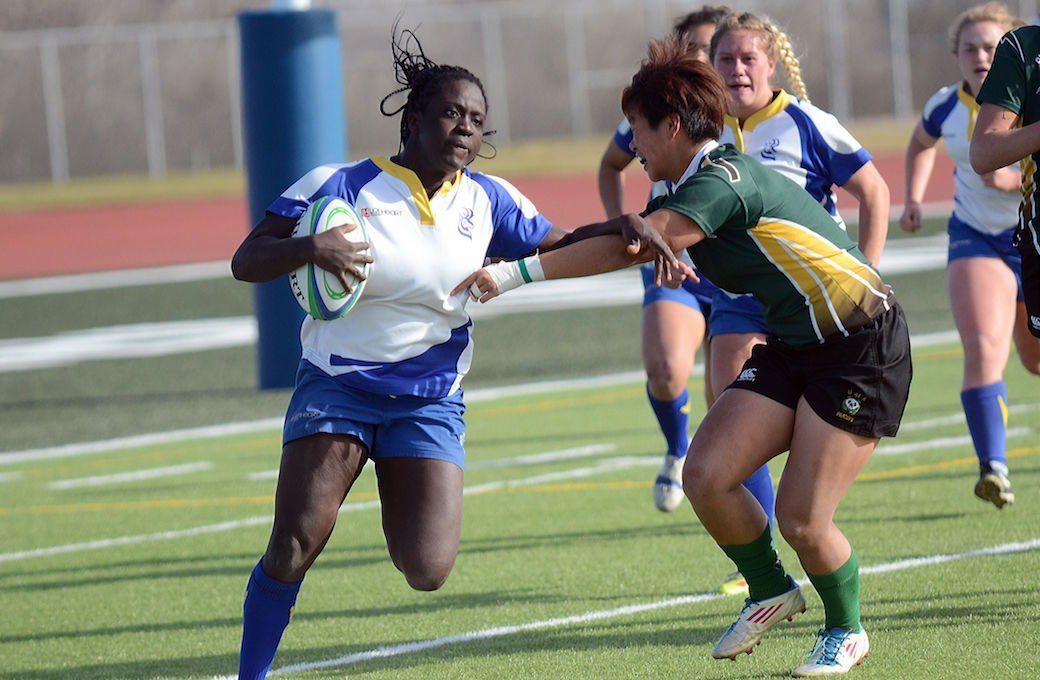 The Lethbridge Pronghorns season opened with heavy hearts after the sudden passing of head coach Ric Suggitt during the summer. Former head coach Neil Langevin and two-time national Player of the Year Ashley Steacy – an Oympic bronze-medalist in Rio – stepped into lead a young Pronghorn side building towards the U SPORTS Championship.

After going winless a year ago in Canada West play, the Pronghorns finished third with a 2-2 record. At the Canada West Championships in Calgary, Lethbridge dropped a tough 20-17 decision to the Victoria Vikes in the Canada West semi-final but rebounded to claim the Canada West bronze medal with a 26-13 win over the UBC Thunderbirds.