In the final game of the championship for both teams, the Queen’s Gaels beat the Acadia Axewomen 38-10 in the first of two consolation semifinals.

Due to poor weather in Lethbridge this weekend, the championship schedule had to be modified and the fifth-place game that was to be played Sunday at 1:00 p.m. ET will now serve as the second consolation semifinal between the host Lethbridge Pronghorns and the Guelph Gryphons.

It is always a challenge to recover from a quarter-final loss and I thought our leadership group did a really admirable job keep our athletes dialed in, I couldn’t be more proud of the effort they put in today.

2017 U SPORTS Rookie of the Year Sophie de Goede opened the scoring 11 minutes into the contest and Nadia Popov made the convert to give Queen’s a 7-0 lead. Six minutes later, de Goede picked up her second try of the day, as the Queen’s pack pushed Acadia back and into the touch area. Popov was good again on the convert making the score 14-0. 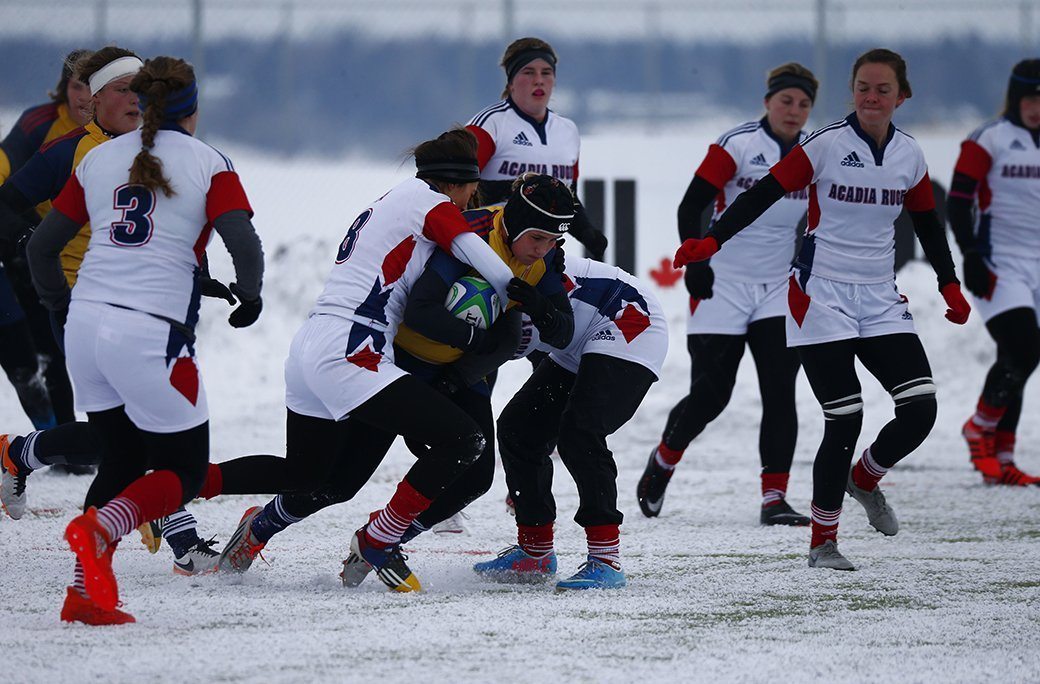 The Queen’s dominance continued in the early going, Popov eluded a pair of Acadia defenders and sprinted for her first try of the championship. Popov converted her own try to give the Gaels a stranglehold on the consolation semifinal, 21-0.

Acadia was finally able to get on the offensive attack, pushing over the Queen’s goal line but the Queen’s defence was able to the hold the ball up, forcing a scrum. Acadia was able to maintain possession off the scrum and threatened again. Nicole Pahl took a quick tap off a Queen’s penalty and was able to push through for Acadia’s first points.

Eight minutes into the second half, Queen’s regained a 21-point lead with Thea White scoring an unconverted try. 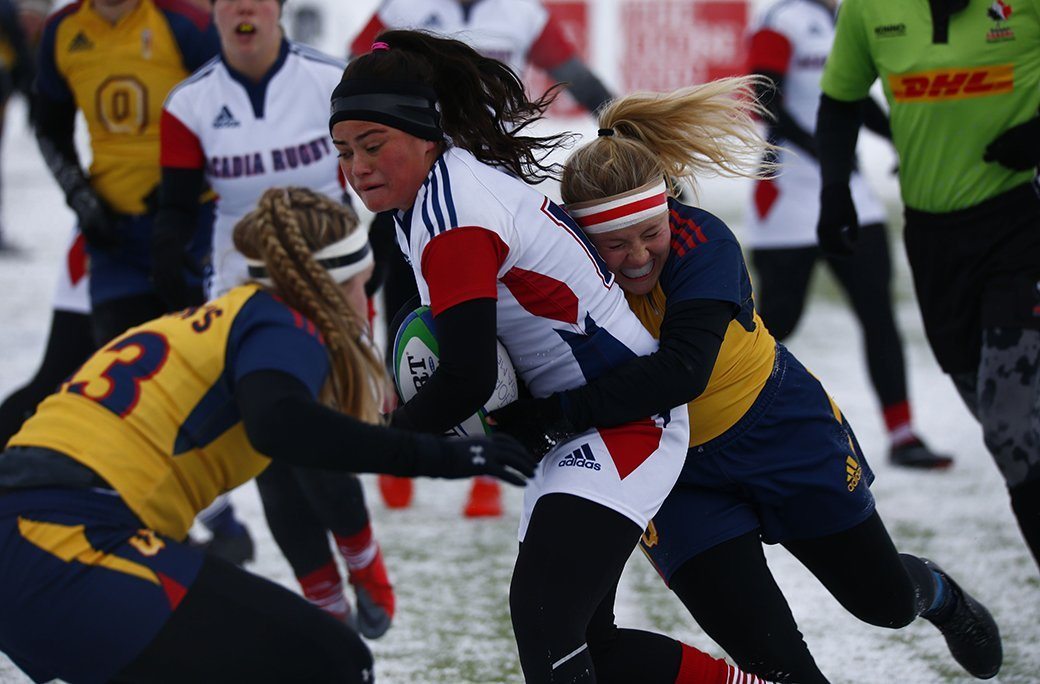 On a 40-metre scamper, Popov recorded her second try of the game, giving the Gaels a stranglehold on the game at 31-5.

Janna Slevinsky broke another long run for Queen’s, cutting back to the middle of the field from the 22-metre line and went in untouched for Queen’s sixth try of the game. Popov hit her fourth convert to put Queen’s up 38-5. In stoppage time, Coline Ramade picked up Acadia’s second try of the game to round out the scoring.