Closing out the 2017 season for both teams, the Guelph Gryphons scored three tries in each half to beat the host Lethbridge Pronghorns 34-12 in the second consolation semifinal.

We had to change our game plan with the weather, we like to play wide expansive rugby but in the conditions it doesn’t really help us play that way. We had to play a little tighter game but we tried to still play fast and move it quickly out of contact.

The OUA champion Gryphons took advantage of a Lethbridge turnover in the opening minutes, pushing deep into the offensive end, but the hosts defended well early, holding the ball up in the endzone once and kicking to relieve the Gryphons’ pressure.

However, the relentless Guelph pressure finally broke down the Lethbridge defence and Madison Brattan opened the scoring in the eighth minute to put the Gryphons up 5-0. Taking advantage of Lethbridge penalties, Guelph gained the advantage again, pinning the Pronghorns in the shadow of their goal posts. Emilie Nicholl picked the ball and drove into the endzone for Guelph’s second unconverted try to push the lead to 10-0. 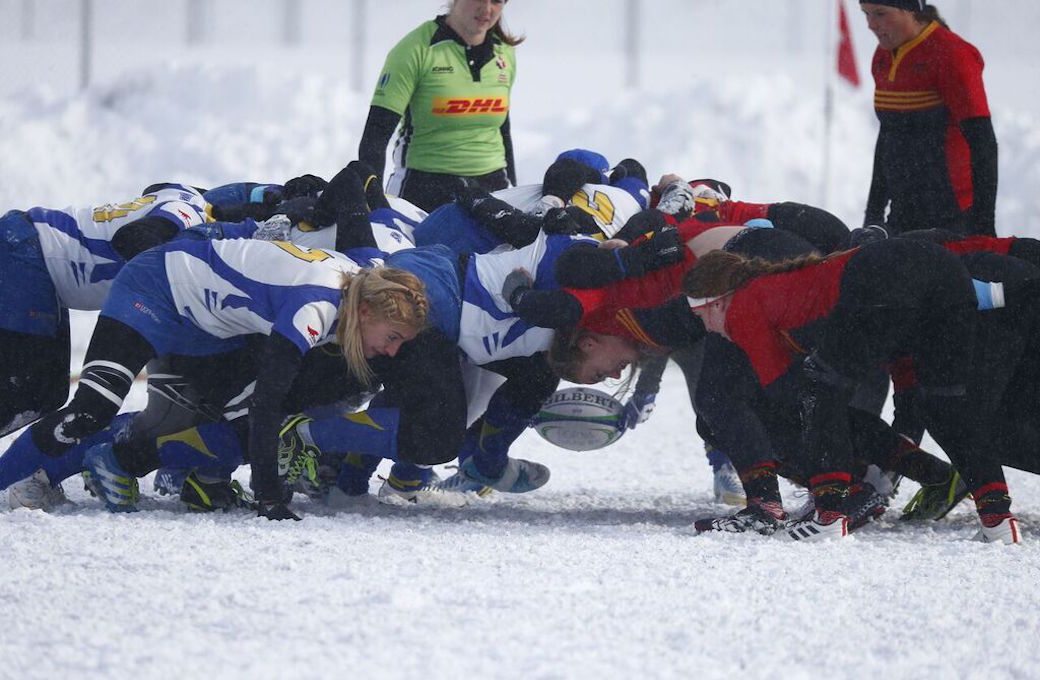 Lethbridge was finally able to respond to the quick start from the Gryphons. Off a scrum, Hannah Lopez received a pass, eluding two would-be tacklers and racing in for a try. The convert was missed but Lethbridge cut the score to 10-5. Off a line-out, Guelph mauled the ball into the Pronghorn end zone and Taylor Durham was credited with her team’s third try of the half, pushing the score to 15-5 Guelph at the half.

With the wind in the second half, Lethbridge took the early possession advantage deep into the offensive end but Guelph’s strong tackling held the Pronghorns at bay and finally turned the ball over. Off the turnover, Guelph methodically moved the ball down the field and Julia Schell broke a pair of tackles to expand the Guelph lead to 20-5. 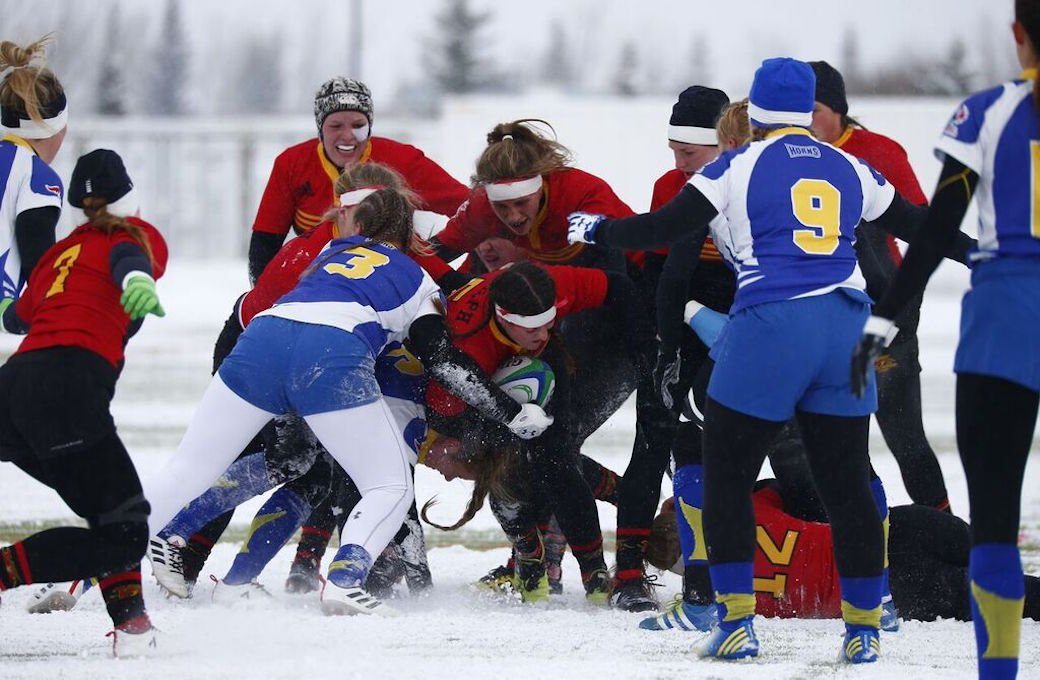 Just when it looked like Guelph was going to march the ball back down the field again, Lethbridge flyhalf Sarah Gordon stole the ball near midfield and raced away to cut Guelph’s lead to 20-12 following Caitlin Sears’ convert. With two quick scores, Guelph put to rest any thought of a Lethbridge late comeback. Emily Samek and Rebecca Sundell scored tries two minutes apart. Schell and Jasmine Ing each made converts to make the final score 34-12.

Queen’s concludes trip to Lethbridge with win over Acadia