The 2017 U SPORTS Women’s Rugby Championship gold medal game will now be an all-RSEQ final with Laval joining the Ottawa Gee-Gees in the  final Sunday afternoon at 5:00 p.m. ET/ 2:00 p.m. PT. Laval will make the program’s first appearance in the championship game.

StFX will face the Calgary Dinos in the bronze medal game Sunday at 3:00pm ET/12:00 PT.

Before the game we talked about defence, we know that they are big and we talked about being low in the tackle. We wanted them to be aggressive and our girls did that for 60 minutes. It was a good game for us.

Following extended pressure in the offensive end of the field, Laval opened the scoring seven minutes in. Anne-Charlotte Beaulieu kicked a penalty from just inside the 22-metre line to give Laval an early 3-0 lead. Continuing with their strong early play, inside centre Marie Thibault broke a pair of tackles and raced into the endzone for a Laval try. The convert was missed, giving Laval an 8-0 lead only 13 minutes into the first half. 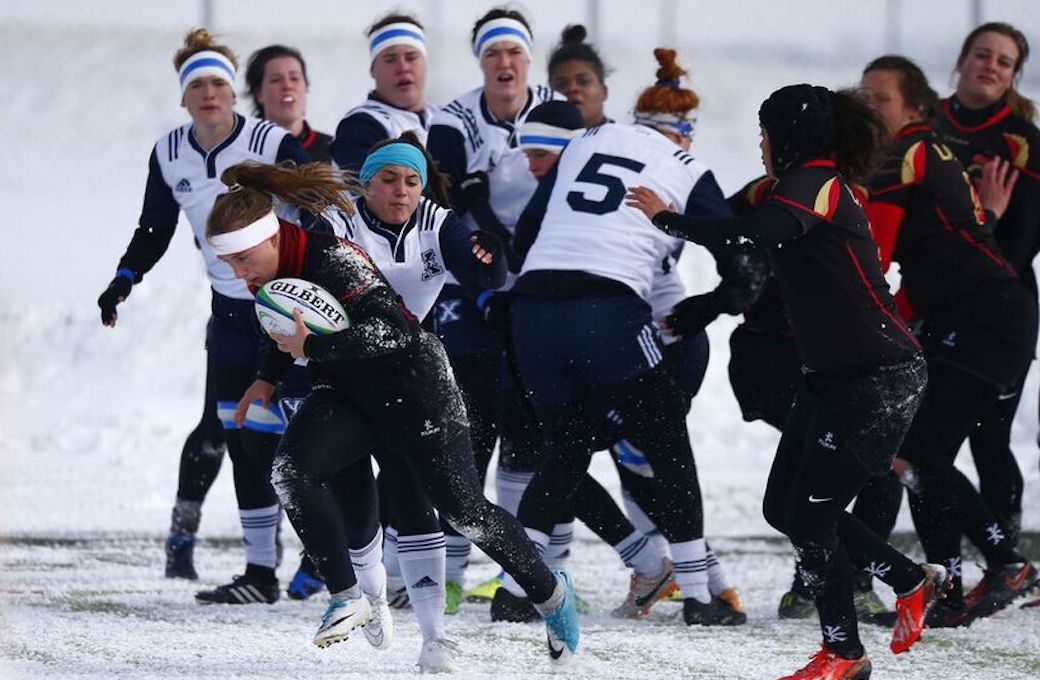 The scoring stalled for the remainder of the half with both teams defending well and forcing turnovers when pushed into their own end.

In the second half, Laval continued to use their speed advantage and expanded on their lead in the 33rd minute. Maude Laliberté did the heavy lifting, chewing up a large chunck of field position and Frédérique Ferland finished off the play. The unconverted try increased Laval’s lead to 13-0. 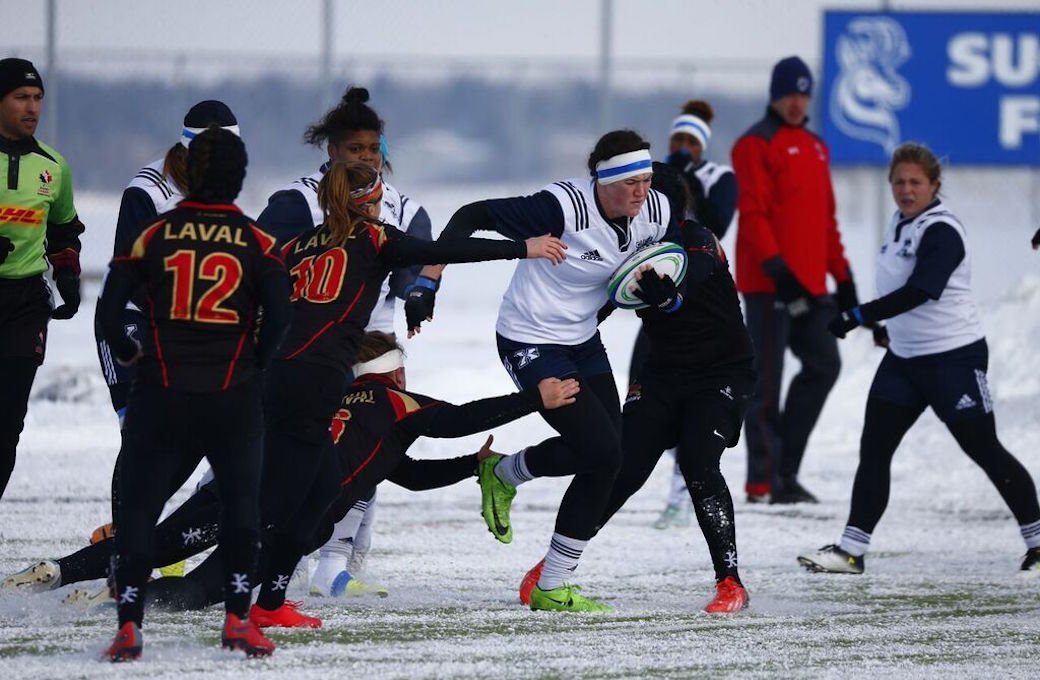 Laliberté took her turn in the 41st minute, busting through the StFX defence for Laval’s third try of the game and an 18-0 lead over the defending champion X-Women with 19 minutes to play. Laval’s unrelenting pressure led to another try in 49th minute. Veronique Gagné went on a pick-and-go from a ruck and dove across for her first try, extending the lead to 23-0.