Recovering from a disheartening loss in Saturday’s semifinal, the defending champion StFX X-Women claimed the bronze medal at the 20th U SPORTS Women’s Rugby Championship with a 22-12 win over the Canada West champion Calgary Dinos.

I am very proud of how the girls played today, it is always tough playing for bronze. They really picked up their game today. The girls were very disappointed after yesterday’s loss and we knew we could play better and we knew if we could play to our potential we could do well today. 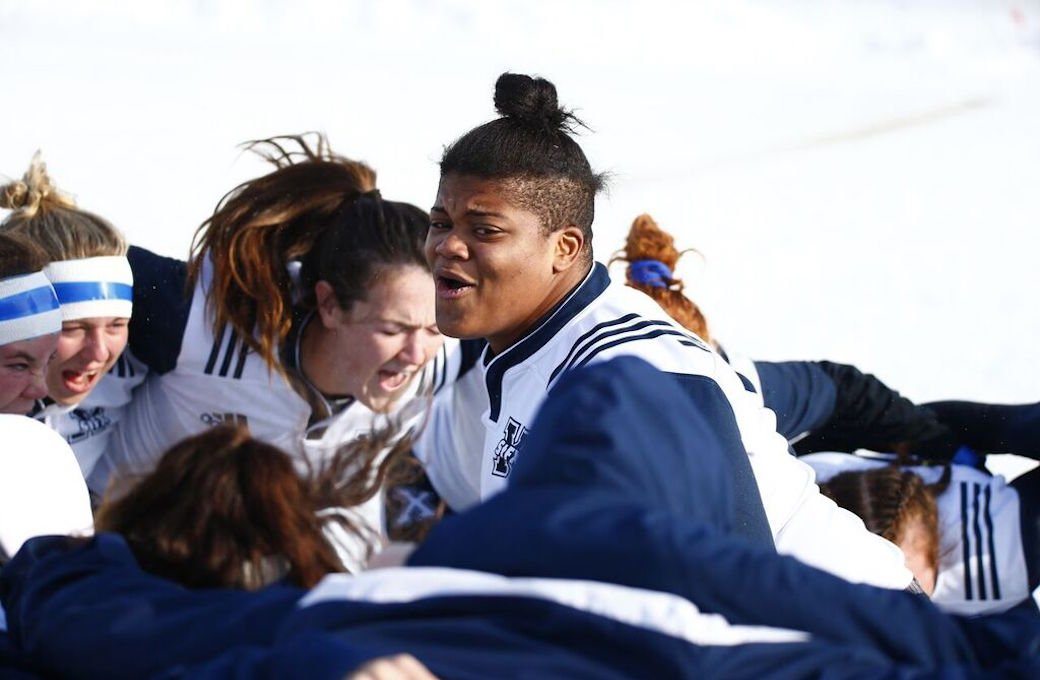 Before the game hit the two-minute mark, Temitope Ogunjimi found some open space and out-ran all StFX defenders for the game’s opening score. Elysa Sandron made the convert to give Calgary an early 7-0 lead.

After a stalemate for the next 20 minutes in the middle of the field, StFX went to their power game. Deep in the offensive end, a StFX ruck pushed into the endzone where prop Sam Lake registered her team’s first try. Danielle Franada tied the game at seven with a convert. 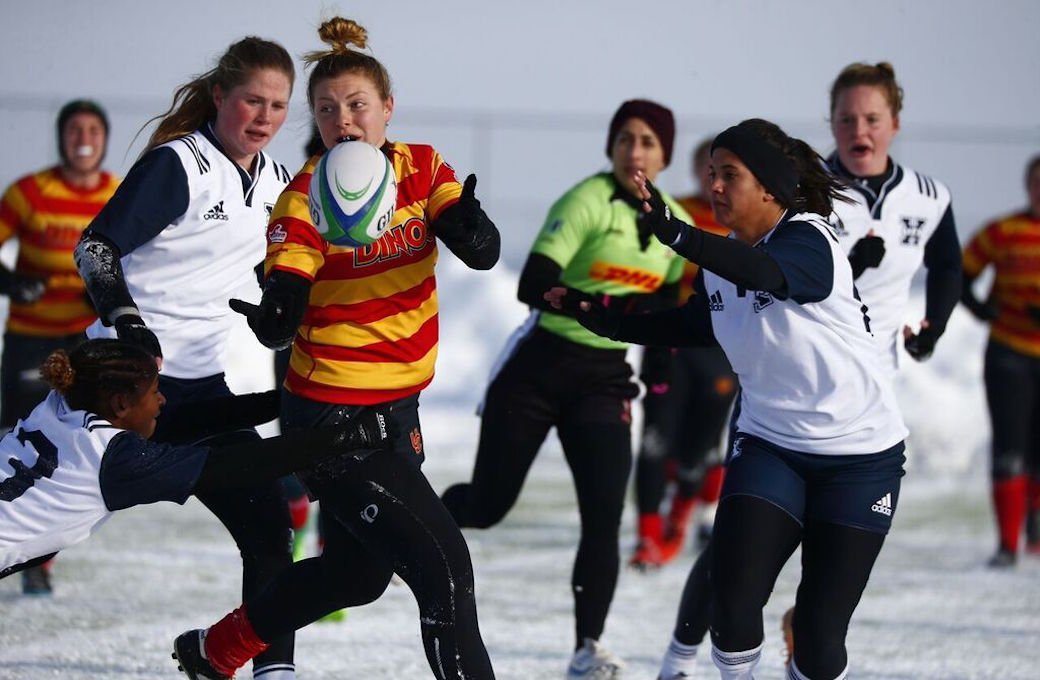 Seven minutes later, StFX inside centre Sara Hoerig busted a tackle just inside the 22-metre line and sprinted in for a try and with Franada’s second convert, put StFX ahead for the first time, 14-7. Calgary threatened late in the opening half but were not able to score before the halftime whistle.

Blocking a clearing kick early in the second half, Calgary moved the ball deep into the offensive end, putting the Dinos in prime scoring position. The StFX defence held strong, holding Ogunjimi’s attempt up and earning a scrum on the five-metre line. 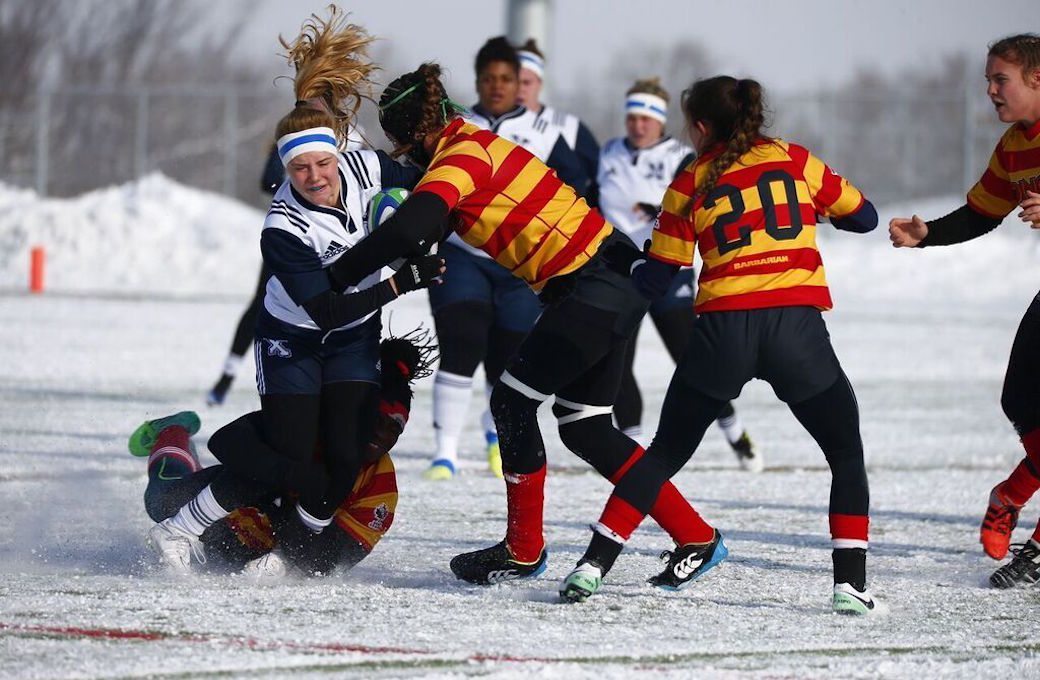 However, Calgary would not be denied. Coming off a steal in the ruck, DaLeaka Menin off-loaded the ball to Elysa Sandron for Calgary’s second try and cut the StFX lead to 14-12. StFX responded right back when Jaelei Meyer’s kicked the ball forward to an on-rushing Carleigh Walters. Walters fielded the ball cleanly and increased StFX’s lead to 19-12.

In the 80th minute, Franada kicked a penalty goal to seal the bronze medal for StFX. 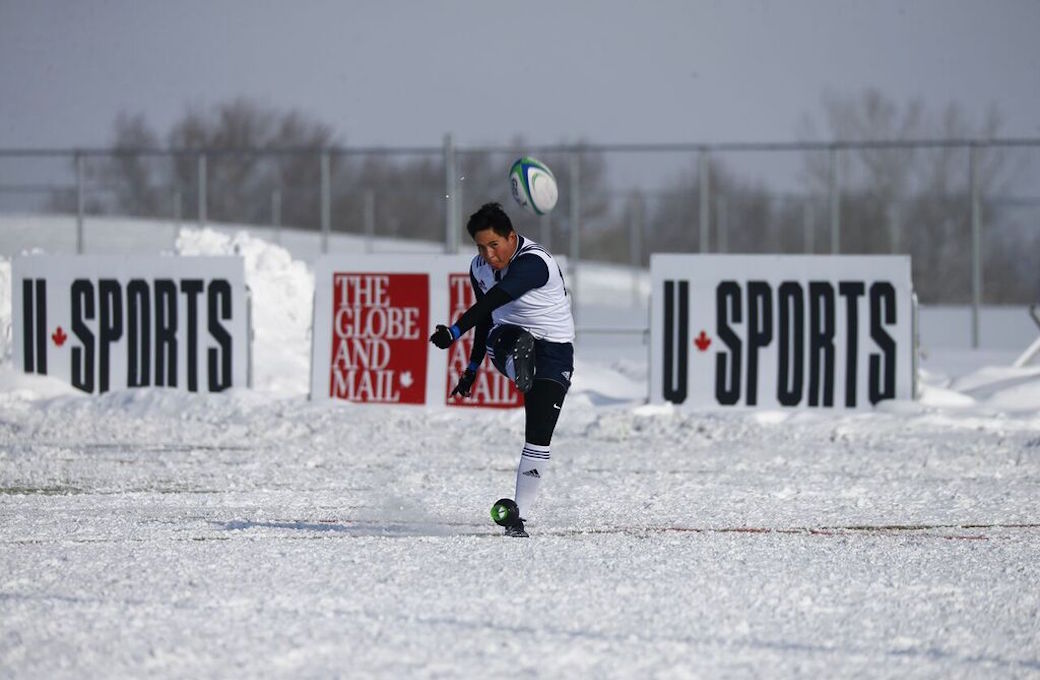 Guelph rebounds to leave Lethbridge with win over host