A steady rain fell throughout Friday’s women’s rugby semifinal, ideal conditions for the StFX X-Women’s unrelenting pick-and-go ground attack. It’s the tried-and-true formula for success that the Antigonish, N.S., school once again used to its full advantage to earn a berth in Sunday’s U SPORTS national final.

The X-Women, buttressed by a partisan crowd at Acadia’s Raymond Field, defeated the Laval Rouge et Or 26-12.

“Playing in weather like this, the key was to grind it out and keep possession of the ball, which we managed to do,” noted Sam Lake, who along with fellow prop Joanna Alphonso chewed up valuable yardage inside, steadily moving the ball while wearing down Laval defenders. “That’s (the strategy) that’s been so successful for us.”

StFX Player of the game Olivia DeMerchant scored two tries for the victors, who nursed a 12-7 lead at the break. Sophia Parker and Amelia Hatfield added the other tries, while Danielle Franada added a trio of converts and has now hit seven of eight attempts in two games in the tournament. 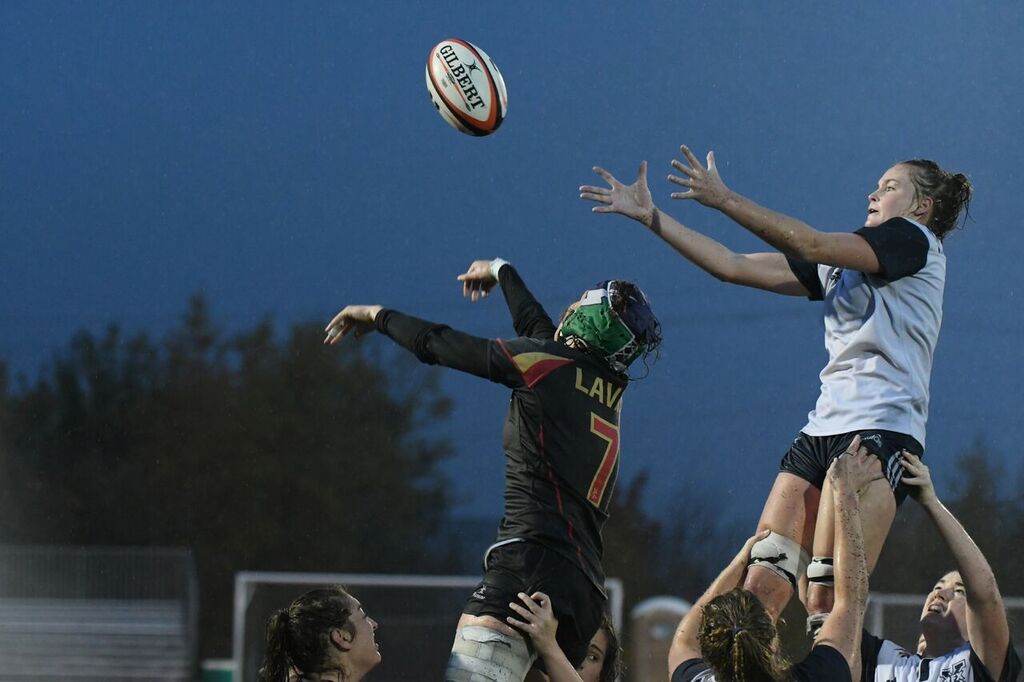 Jan-Ma Létinois and Nele Pien registered tries for Laval, whose style of play was adversely affected by the damp conditions.

“The conditions definitely didn’t favour us,” noted Laval flyhalf Véronique Gagné. “They are a very physical team that loves to play the pick-and-go game. We are used to playing more of a wing game, getting the ball out to our backs and that is not an easy way to play in wet weather.” 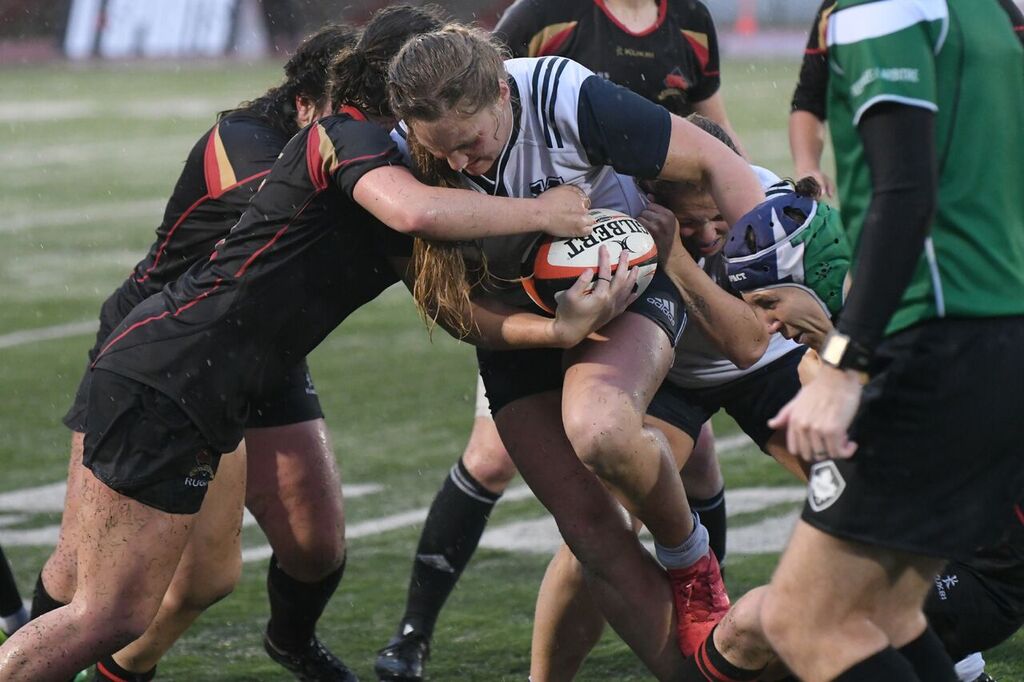 The X-Women opened the scoring 11 minutes in, moving the ball half the length of the field with a series of short, punishing runs. The try Hatfield eventually scored was hard-earned, as Laval gamely repelled charge after charge inside their own five-yard line for over three minutes.

Létinois’s try and Gagné’s convert knotted the score in the 17th minute.

However, the ensuing kick by the Rouge et Or bounced in and out of the hands of a Laval player straight into the welcoming arms of DeMerchant, who rumbled 25 yards to inside the Laval 10. Moments later Parker tallied the try. Franada missed the convert, breaking a string of seven in a row that included a 6-for-6 game in Thursday’s quarterfinal victory.

Much like they did in the first half, StFX struck quickly in the latter half, with DeMerchant collecting her first try after a sustained march.

Trailing 19-7, Laval’s Marie-Laura Choquette took off on a splendid open-field run of 60 yards and was trying to dash around Franada - the last line of defence - when she inexplicably dropped the ball, which StFX recovered.

Laval made things interesting with a try at the 55-minute mark, but StFX countered with DeMerchant’s second try five minutes before the end of regulation.

The X-Women advance to Sunday’s final at 3:30 p.m. ET / 12:30 p.m. PT against the winner of the second semifinal between defending national champion Ottawa and Guelph. Laval will play the loser of that match in the bronze medal game on Sunday at 1 p.m. ET / 10 a.m. PT.