In so-called “big” games there’s a time-honoured adage that says a team’s best players have to be their best players.

For the Queen’s Gaels, no one proved more valuable this season than Sophie de Goede, the nation’s Player of the Year who powered the Gaels to a 29-10 victory over the Calgary Dinos in the U SPORTS women’s rugby consolation semifinal Saturday afternoon in Wolfville, N.S.

The lanky 19-year-old native of Victoria tallied one try and engineered three more with clever laterals, the latter trio coming during a telling six-minute span in the opening half.

“She’s a very smart player who, if you give her room, will hurt you,” said Calgary fullback Elysa Sandron.

De Goede surely did that, early and often, propelling the Gaels to a 29-0 advantage at the midway mark. 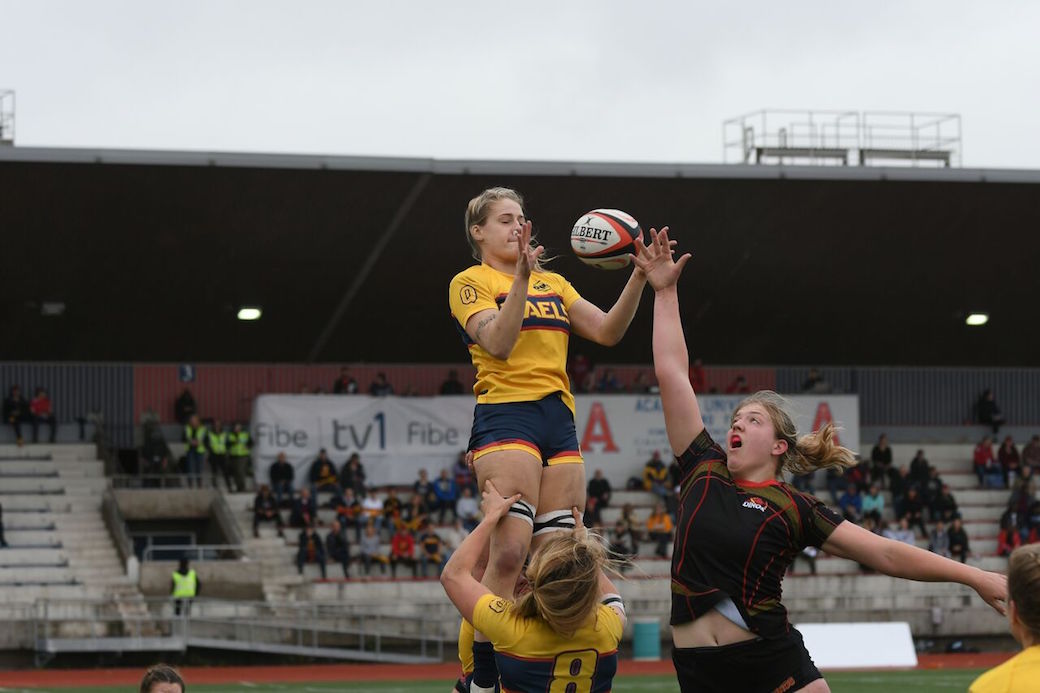 Four minutes into the match, following a Calgary turnover, de Goede carried inside the Calgary 15 before dishing to Nadia Popov, who journeyed the rest of the way to open the scoring.

The Dinos looked to even the match before turning over possession near the Queen’s goal, one of four critical Calgary turnovers in the match deep inside Queen’s territory. Moments later, de Goede made the Dinos pay in the 14th minute, sprinting past three defenders before finding Popov for the second try.

Moments later, de Goede dashed into the Calgary secondary and, with a pair of defenders closing in, waited until the very last second before lateralling to a speeding Camille Irwin in full flight. Irwin had nothing but daylight in front of her and scored untouched.

Near the end of the half, de Goede took advantage of a tired Calgary defence, registering the Gaels’ fifth try and leaving the stunned Dinos staring at a huge deficit, one that ultimately proved insurmountable.

Calgary received late tries from Cassidy Jones and Kasselle Menin in the waning moments of the match.

The win was sweet revenge for the Gaels, who were on the wrong end of a 41-5 count in the opening game of the 2017 U SPORTS Championship in Lethbridge, Alta.

“You always want to come back and make up for a loss like that,” de Goede reflected afterwards.

“The quick start was so important and really got us going,” she added.

Noted Calgary’s Player of the Game Coralyn Cafaro: “We didn’t take (Queen’s) lightly, but we also couldn’t match their level of aggression, especially in the first half.”

Semifinal 2: Gryphons punch ticket to U SPORTS final with 15-12 win over Ottawa