In the first quarterfinal of the day at the U SPORTS Women’s Rugby Championship, the Guelph Gryphons upset the AUS and reigning national champion St. Francis Xavier X-Women 36-12 at Matt Anthony Field at the University of Ottawa.

The Gryphons finally exacted revenge against the X-Women after having lost to them in the gold medal game at last year’s National Championship.

The start of the game was all Guelph, where they were able to stretch the StFX defence from sideline to sideline early. This directly led to Emmanuela Jade scoring a try within the first five minutes, and Kendra Cousineau was able to convert from a tough position.

The Gryphons were able to control the ball for the majority of the early part of the game and were pushing the ball fast.

Off a penalty, Emilie Belanger was able to score through the middle to keep the X-Women on their heels. Emmanuela Jada followed that up with her second try after ripping the ball out of an X-Women player’s hands. Jada followed up her offence with some exceptional defence, making two thunderous open field tackles.

Guelph was able to transfer that momentum to the defensive side of the ball, holding the X-Women off the scoresheet for an extended defensive stand within their own five-yard line before Sammy Nadeau was able to break through the line to get StFX on the board. 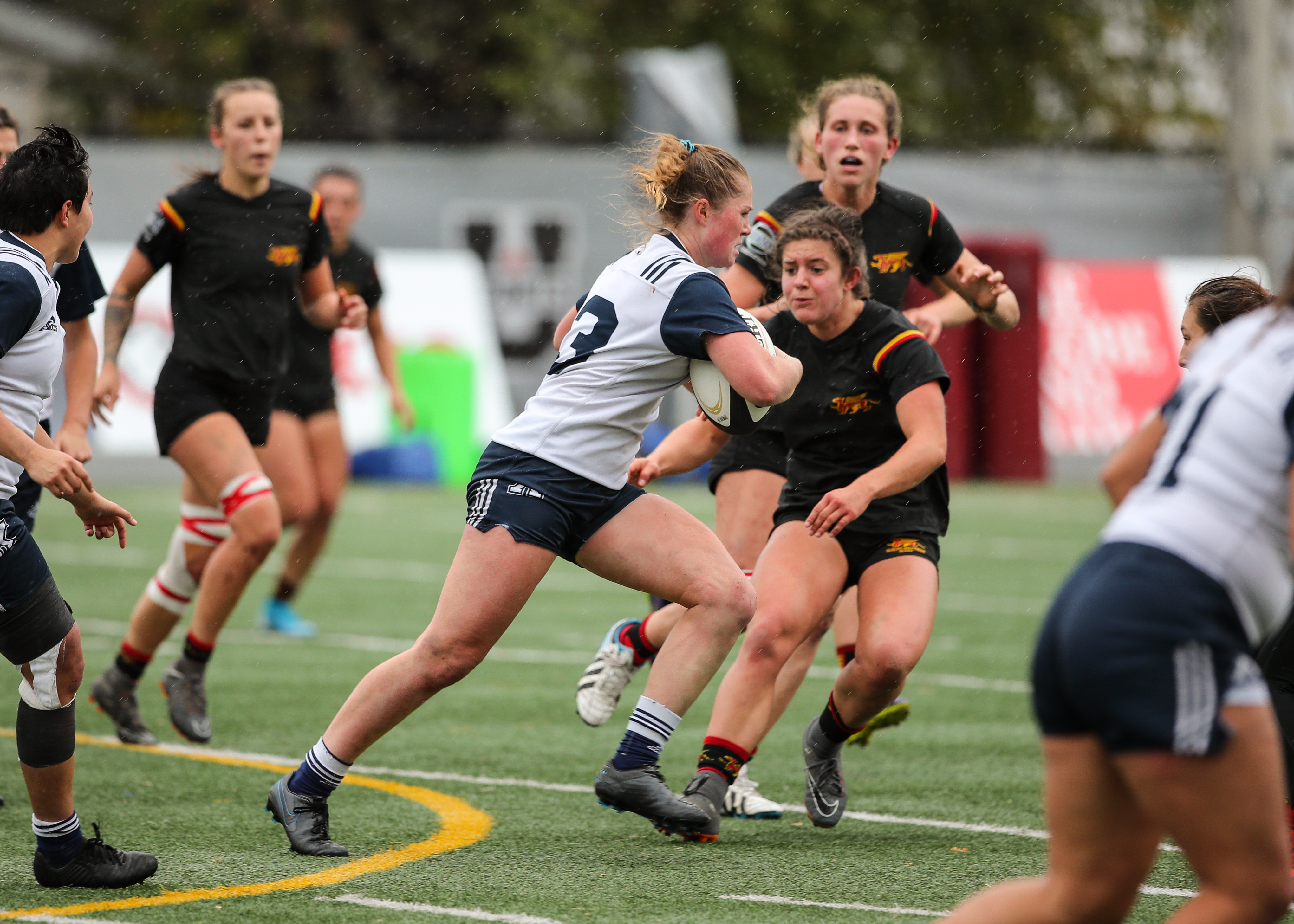 The Gryphons took a 19-5 lead into halftime, knowing what they needed to do to keep their momentum going.

The second half saw a light rain start to fall, causing the teams to control the ball much more. Guelph struggled initially, dropping multiple kicks for knock-ons.

The Gryphons then attacked quickly with Jada bursting through the line to get Guelph deep into X-Women territory. Off another penalty, Guelph opted to kick, with Jasmine Ing converting from 20 yards. 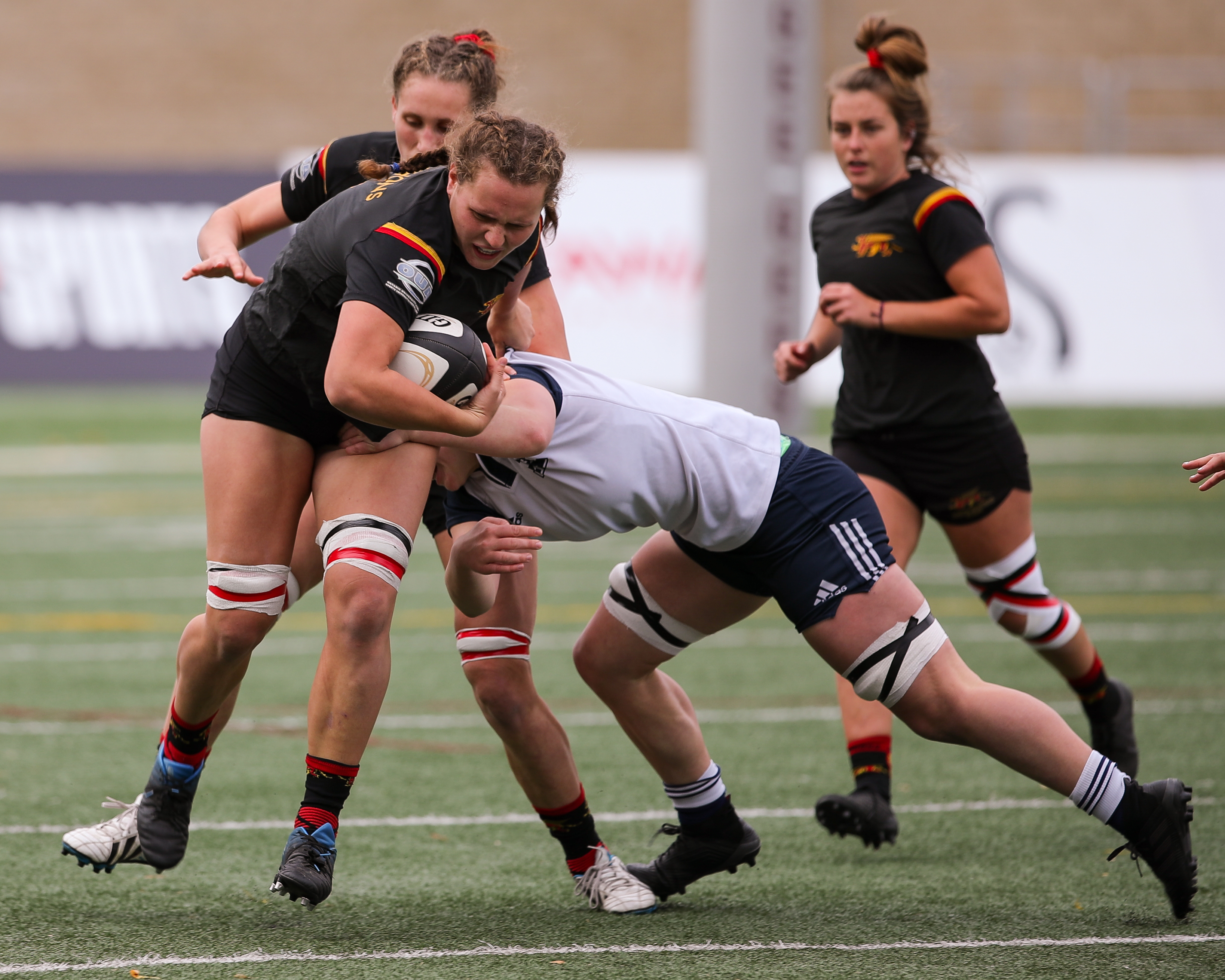 With under 20 minutes to go in the second half, StFX’s Katie Pentz was given a yellow card for a high tackle. While in the sin-bin, the Gryphons scored again, with Talia Hoffman running the ball for the try.

As a cherry on top, Jada swept across and through the X-Women defence to score her third try of the day and put the game out of reach.

Sam Lake scored for the Blue and White in the final moments of the game, looking to end the game on a positive note.

“We have a fairly young squad this year, so half of them kind of have the broken heart from last year when StFX crushed our dreams in the gold medal game. But (for) half of them, it was fresh and new, this is a new experience,” said Gryphons head coach Colette McAuley. “We knew if we could jump out ahead with our speed in the first half that we had to have that mindset again in the second half, making sure that we starved them of possession instead of the other way around.”

Sarah McCarron for the X-Women, and Cassandra Tuffnail for the Gryphons, were given player of the game honours for their strong interior play.

Both teams will play next on Friday, with Guelph facing the winner of the UBC Thunderbirds and the Laval Rouge et Or. 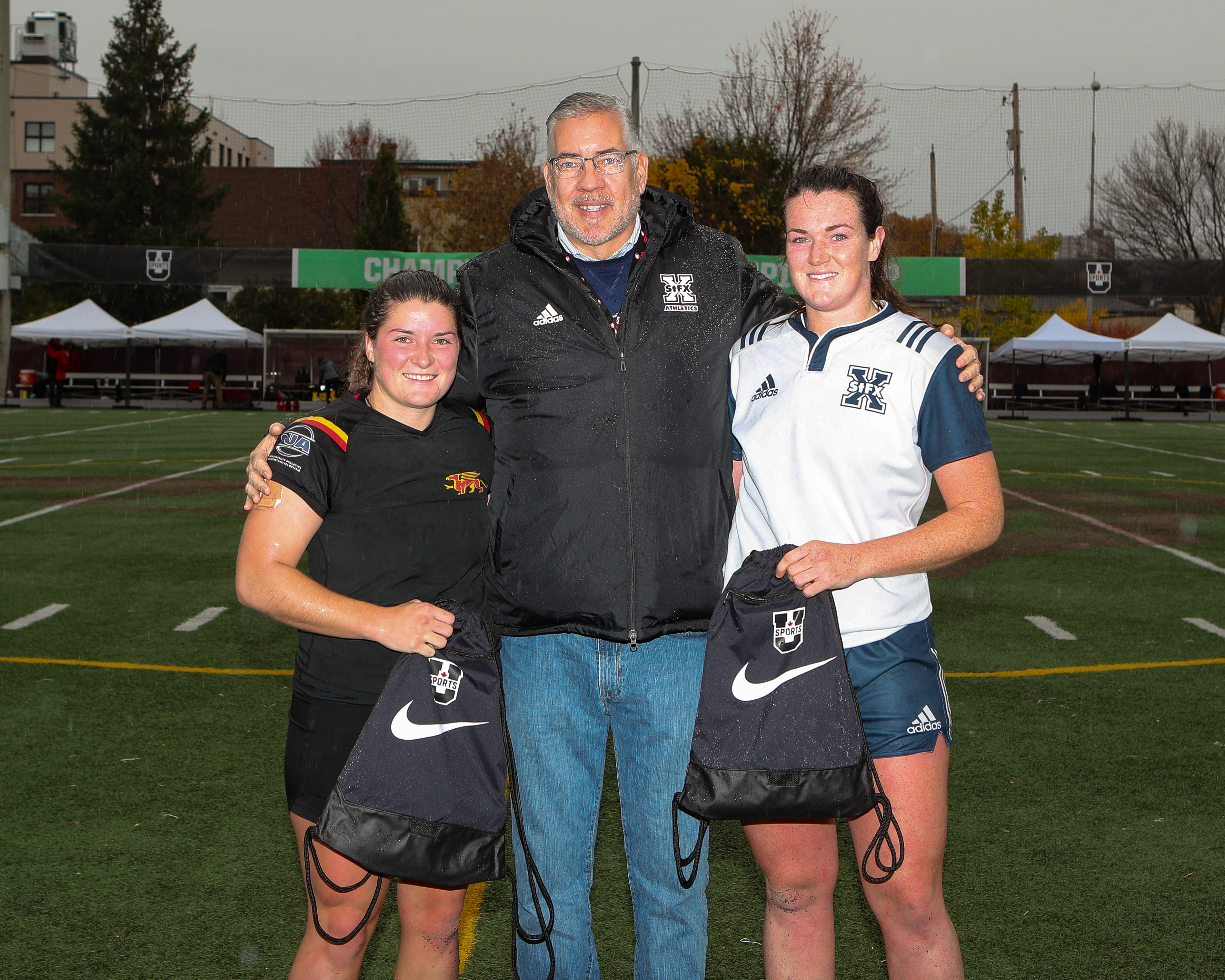