In the final game of the U SPORTS Women’s Rugby Championship, the Laval Rouge et Or defeated the Queen’s Gaels by a score of 22-14 at Matt Anthony Field at the University of Ottawa to win the gold medal.

Both teams were coming off impressive defensive showings in the semifinals, where they were able to hold their respective opponents, Ottawa and Guelph, to a combined 15 points on Friday.

On a Laval lineout at the five-yard line, Nele Pien was the centre of the maul and her teammates pushed her the rest of the way for the early try.

The play of both teams settled down with the ball not leaving the central part of the field. Marie-Laura Choquette changed that when she burst down the sideline for the try and was able to create enough space for herself to set up her teammate for the conversion perfectly. 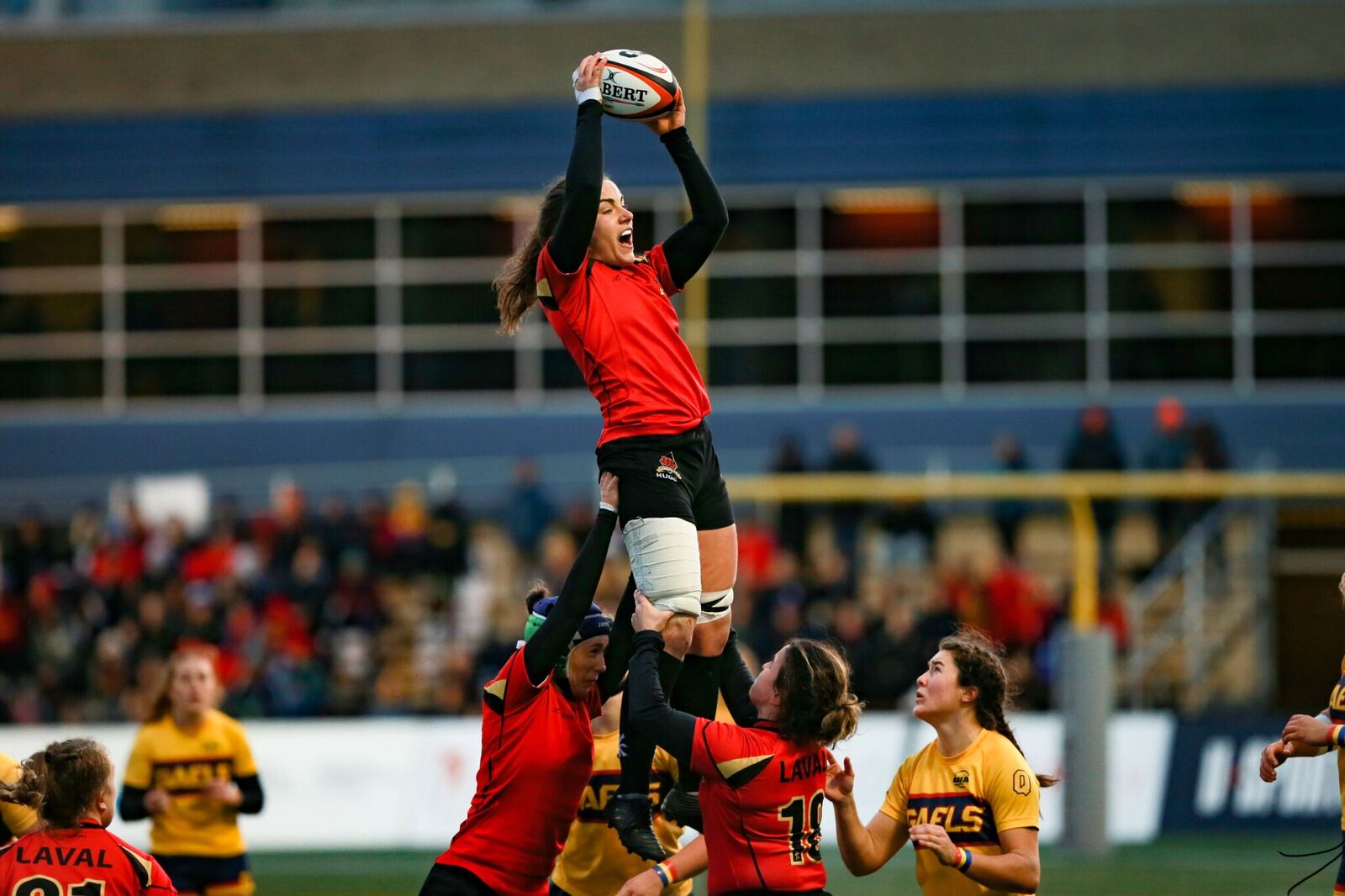 Laval controlled the ball for the majority of the first 40 minutes but weren’t able to capitalize for the rest of the half. The Gaels defense came up with an extended, big try-line stand to close out the half. Laval led 12-0 with 40 minutes to play.

Off the kickoff, the Rouge et Or were given a yellow card for tackling a Queen’s player in the air. With the extra player, the Gaels offence came alive when McKinley Hunt scored a try through the middle.

Laval responded though. Again off a lineout, the Rouge et Or maul pushed the Gaels back 15-yards to allow Jan-Ma Létinois to score. 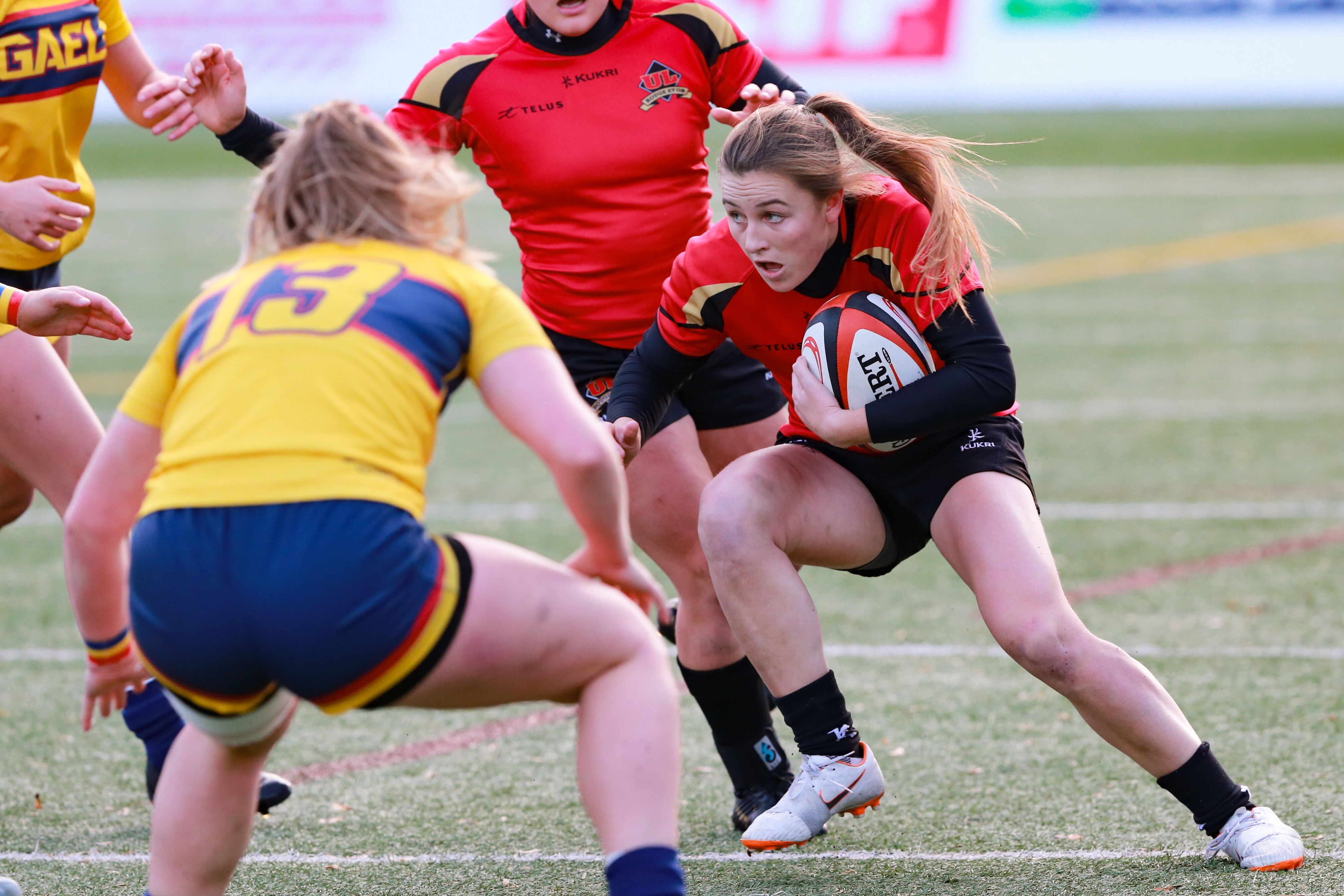 Queen’s wasn’t about to go out quietly. Sophie de Goede got the ball out of the ruck and ran in the try to cut the lead to 14-19 Laval.

With the Laval lead at five, they took the opportunity to get points with a straightaway Anne-Charlotte Beaulieu penalty kick to extend the Laval lead to two scores.

With time running out, Laval was happy to kill the clock and play slow.

The final whistle was a moment of euphoria for the Rouge et Or. After being upset in the RSEQ Final, they were able to bounce back and win their first-ever U SPORTS gold medal.

It was a bittersweet finish for the OUA Champion Queen’s Gaels, but ultimately it will go in the books as a successful season for the team — culminating in their second U SPORTS silver medal.

“It feels unbelievable, I think we worked so hard. It was hard for 80 minutes, we put our heads down and showed to everyone who we are,” said Laval scrum-half Justine Pelletier after receiving her gold medal. “We’re really proud of ourselves and it’s going to be in our mind for the rest of our lives.”

In recognition of her stellar play all week long, Pelletier was among the 15 players named to the Tournament All-Star team and selected as the Tournament MVP.

“It feels great, again it’s a team sport,” Pelletier stressed. “I had an incredible team, we were focused, we had the right mindset. We worked very hard all season long, so I think we can be really proud of ourselves.” 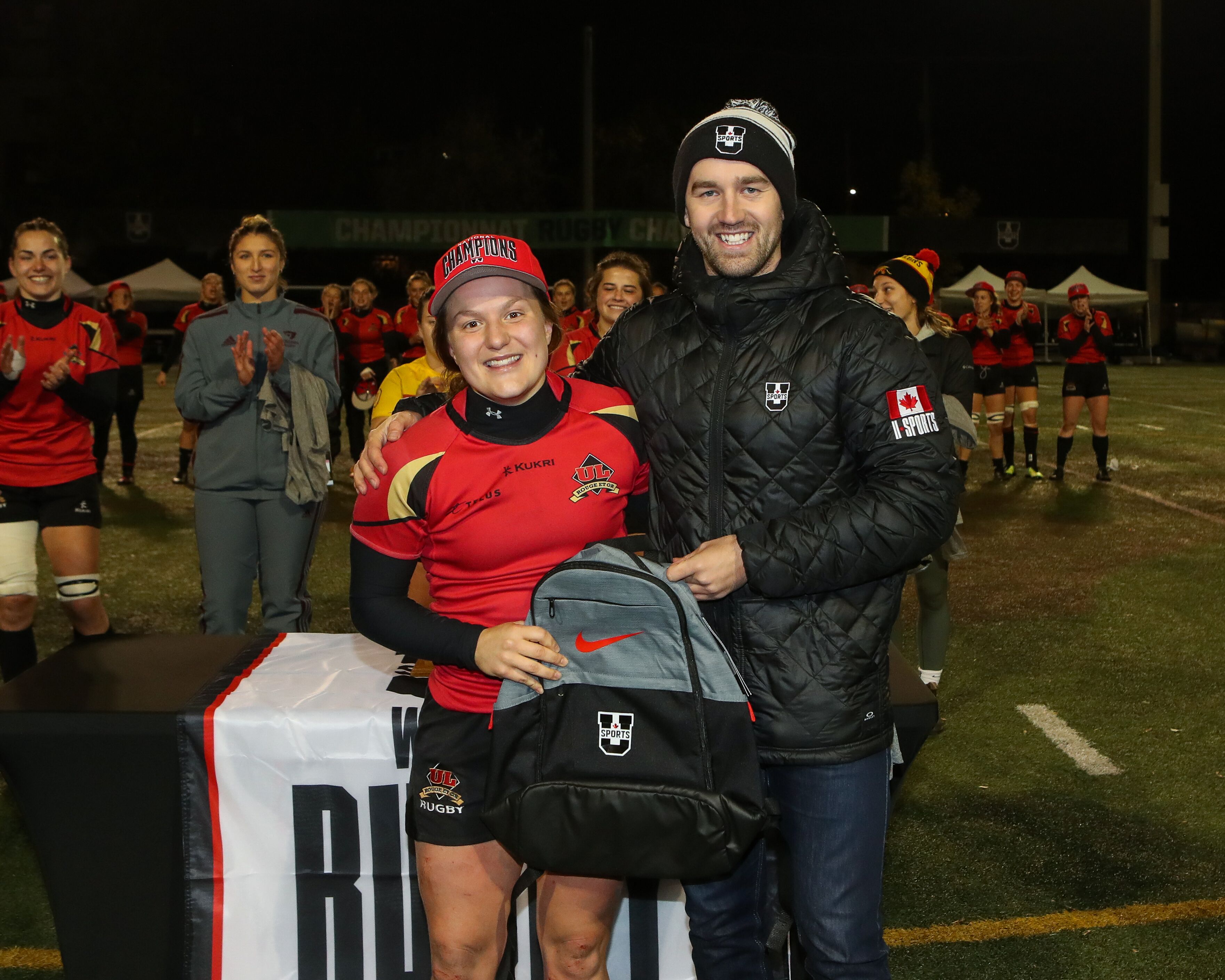