It took only seconds for the X-Women to open the scoring, with Sarah Hoerig powering her way through several of UBC defenders trying to hold her back and crossed the try line.

UBC tied the game in the 16th minute. Quick ball handling and effectively exploiting gaps in the defence allowed Gillian Boag to respond for the Thunderbirds.

Heavy winds wreaked havoc for both sides throughout the day, making each convert a significant challenge and resulting in misses from both sides on their first attempt.

Sophia Parker capitalized on a UBC turnover to score for the X-Women in the 25th minute. Danielle Franada learned from her first convert attempt, and successfully converted her second kick to extend the lead.

UBC came within yards of replying in the final seconds of the first half but couldn’t make it all the way through before the whistle blew. 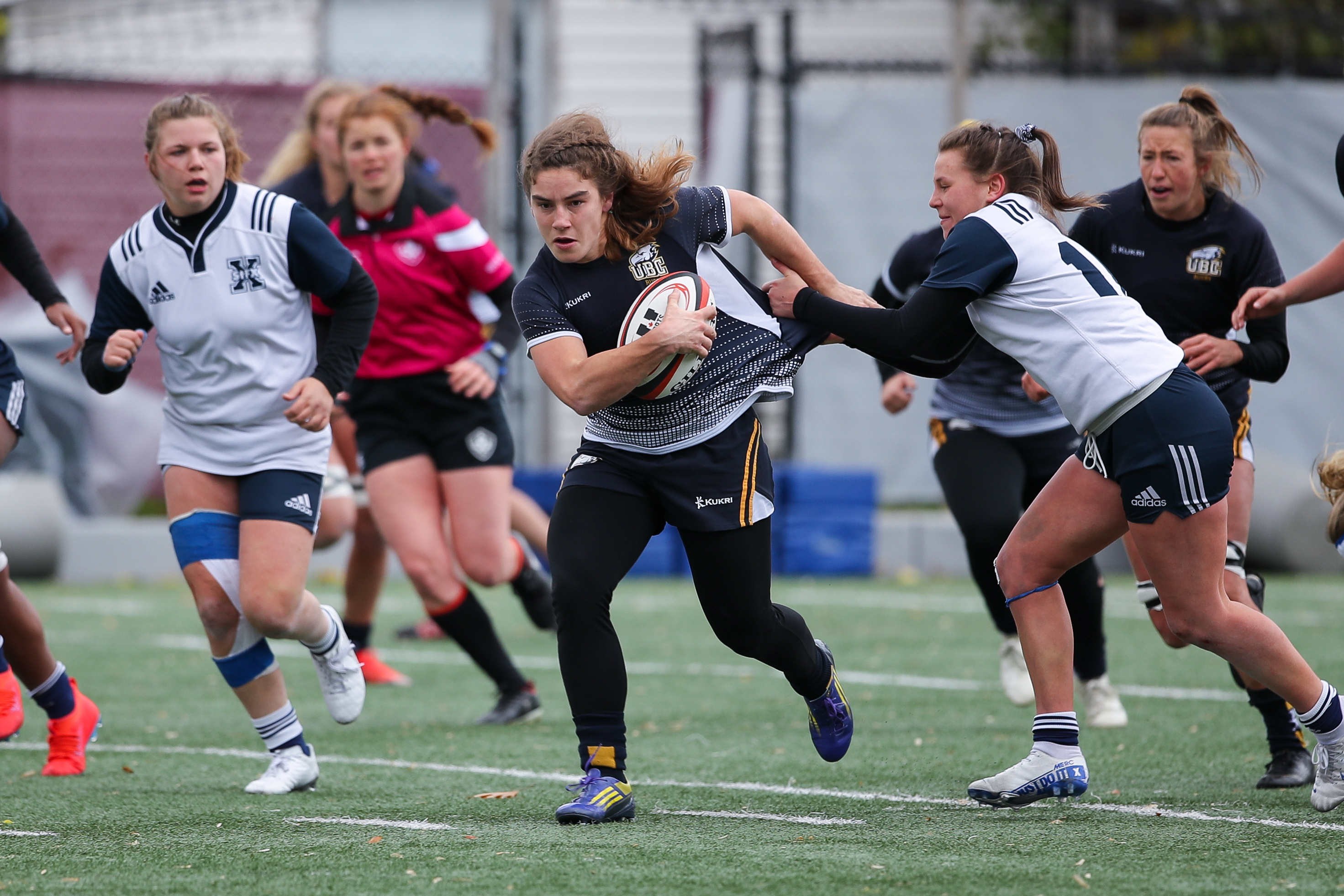 The X-Women pressured on the attack as the second half began. Sammy Nadeau scooped up a loose ball near the sidelines, crossed the try line, then cut towards the middle for the try and created a better angle for Franada to nail another convert.

The Thunderbirds answered four minutes later, with Madison Gold pushing her way through the defence and creating space for Beau Schellekens to get through for the try.

Following back and forth play in the middle of the field, UBC capitalized on a bouncing ball to force StFX to retreat as they pressured aggressively. A scrum on the five-yard line resulted in Emily Baker scooping a loose ball and diving across the try line. Shoshanah Seumanutafa curled in the kick for a successful convert to cut the deficit to 26-17 in the 59th minute.

With four minutes remaining on the clock, Seumanutafa recovered a loose ball, tossed it to Gold, who then rushed nearly 70 yards down the field for a try. Another successful convert pulled the Thunderbirds within two points, but the young squad ultimately ran out of time on the clock and were unable to complete the comeback.

“They came back there, we had a lead, took our foot off the gas. Full credit to UBC for not giving up,” said X-Women head coach Mike Cavanagh after the game. “I thought we defended well most of the game. We’ll take this one and get ready for the game on Sunday.”

Sarah Hoerig for the X-Women, and Madison Gold for the Thunderbirds, were given Nike Top Performer honours as Players of the Game.

“I thought Sarah has been probably our MVP all year, she defends very well, if she sees a hole she’ll take it,” Cavanagh said. “She’s very hard to bring down, so I’m very happy with how she played.”

StFX will now look ahead to the consolation final on Sunday at 10:00 a.m. ET / 7:00 a.m. PT against either the Calgary Dinos or the Acadia Axewomen. 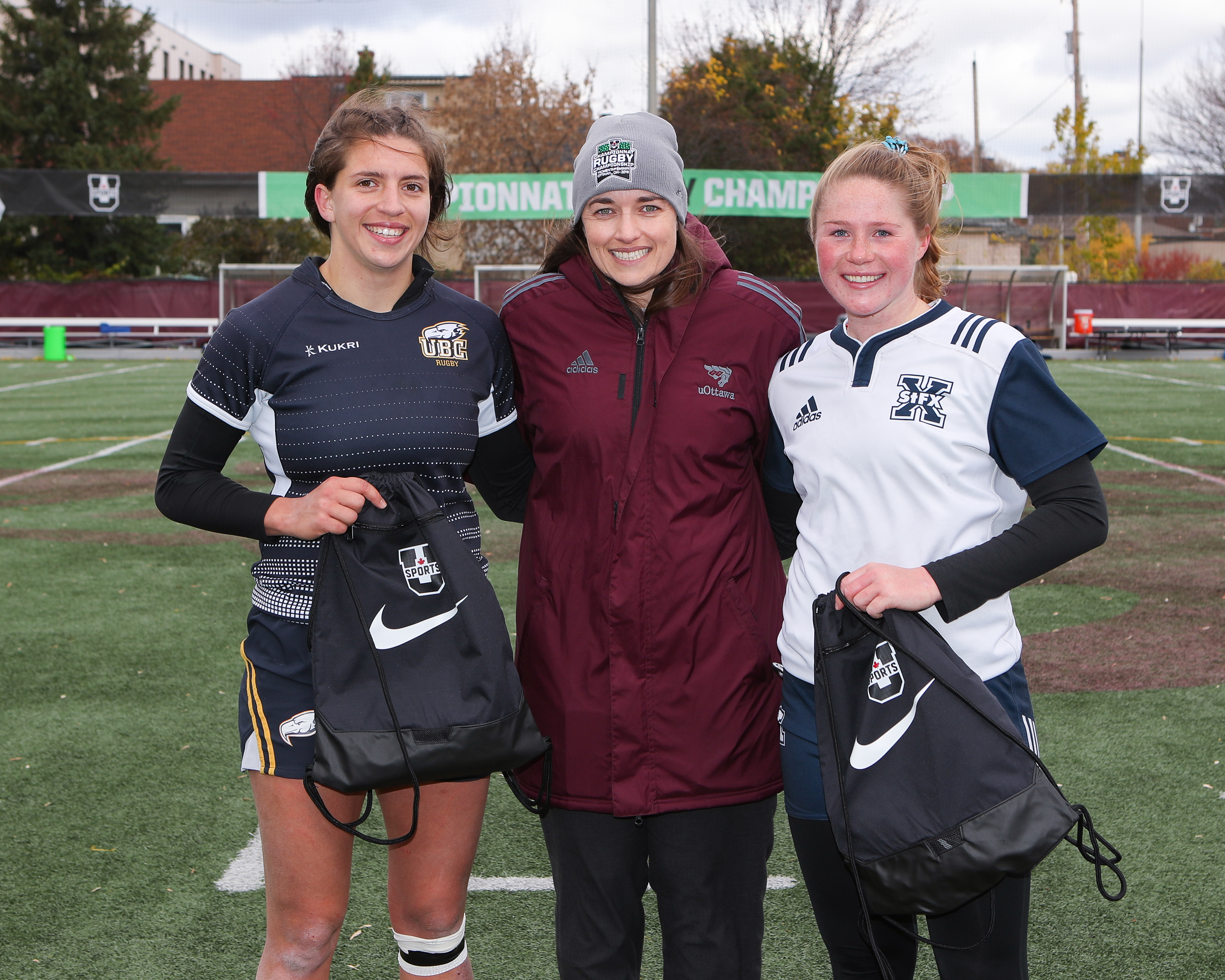