In the first of two semifinals at the U SPORTS Women’s Rugby Championship Presented by the University of Ottawa, the Laval Rouge et Or defeated the Guelph Gryphons 21-5 at Matt Anthony Field.

Laval pressured aggressively from the opening kickoff. The Rouge et Or marched downfield all the way to the five-metre line, before the Gryphons defence adjusted their formation and contained the RSEQ silver medalists from moving further. Following several minutes of back-and-forth play, Laval’s Annabelle Parent finally broke through the wall to score the opening try. 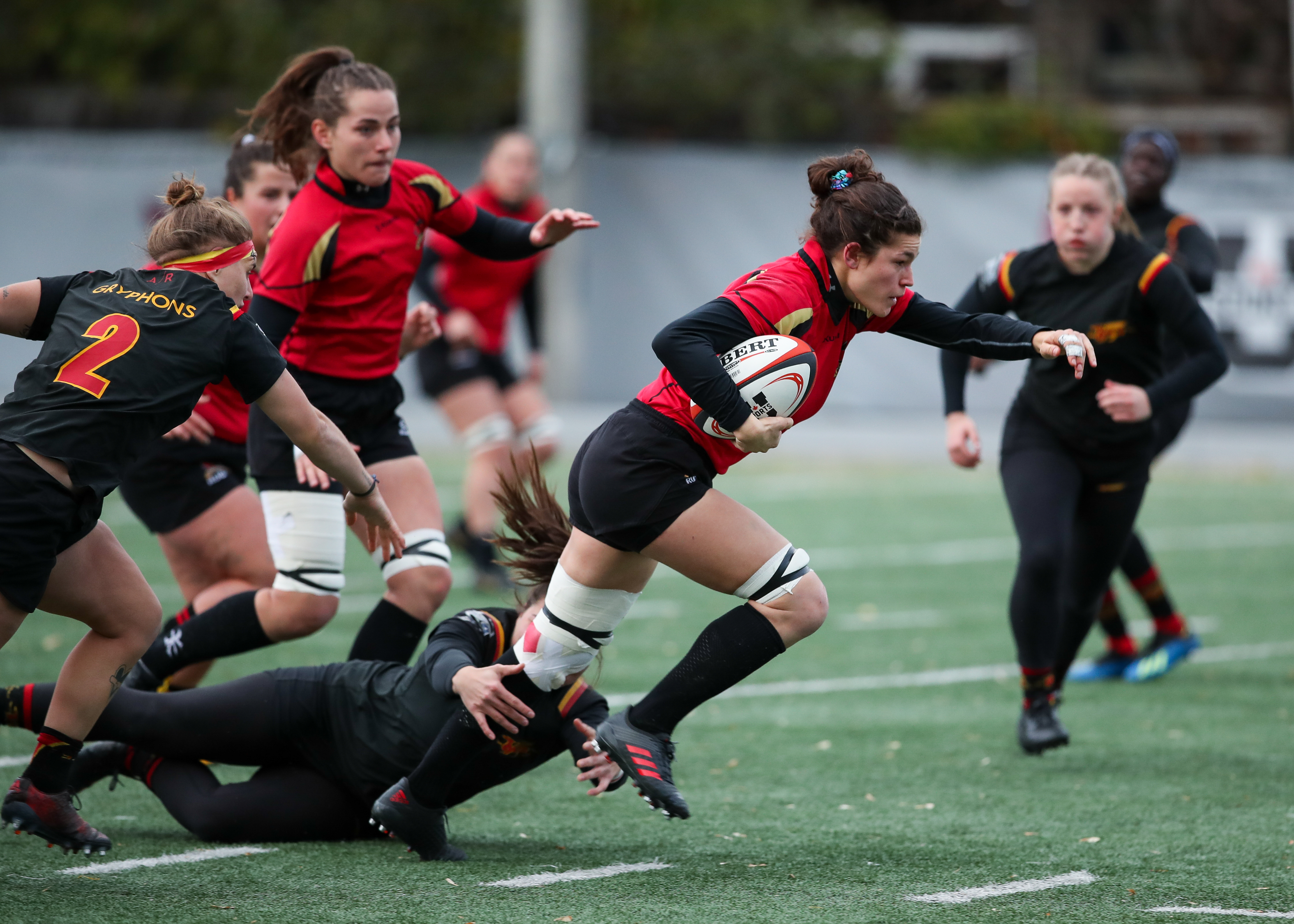 As the game progressed, Laval eventually worked their way within reach of the try line once more in the 19th minute. Rather than forcing play through the middle, they diverted the ball to Marie-Laura Choquette and she raced around the edge of the defence to score. Anne-Charlotte Beaulieu nailed her second convert on the night to extend the lead to 14-0.

Guelph had their first great offensive chance of the night in the final minutes of the first half. On a pair of occasions, they came as close as the one-yard line, but the Laval defence was able to withstand the attack to preserve the 14-0 lead heading into halftime.

Both sides showcased their strong run game to start the second half, exchanging long runs and breaking through defenders, but neither side was able to make it far enough to cross the try line.

The defence for both sides shined as the half progressed, containing most of the play in the middle of the field.

It was Laval that finally broke through. In the 47th minute, a swarm of players encircled the ball and the crowd of jumbled bodies eventually moved across the try line for their third score of the night. Beaulieu hit another convert to extend the lead to 21-0.

Guelph regained possession, and promptly rushed up the field in response. Jasmine Ing found space between defenders and scored her squad’s first try of the night. Ing missed on the convert however, cutting Laval’s lead to 21-5. 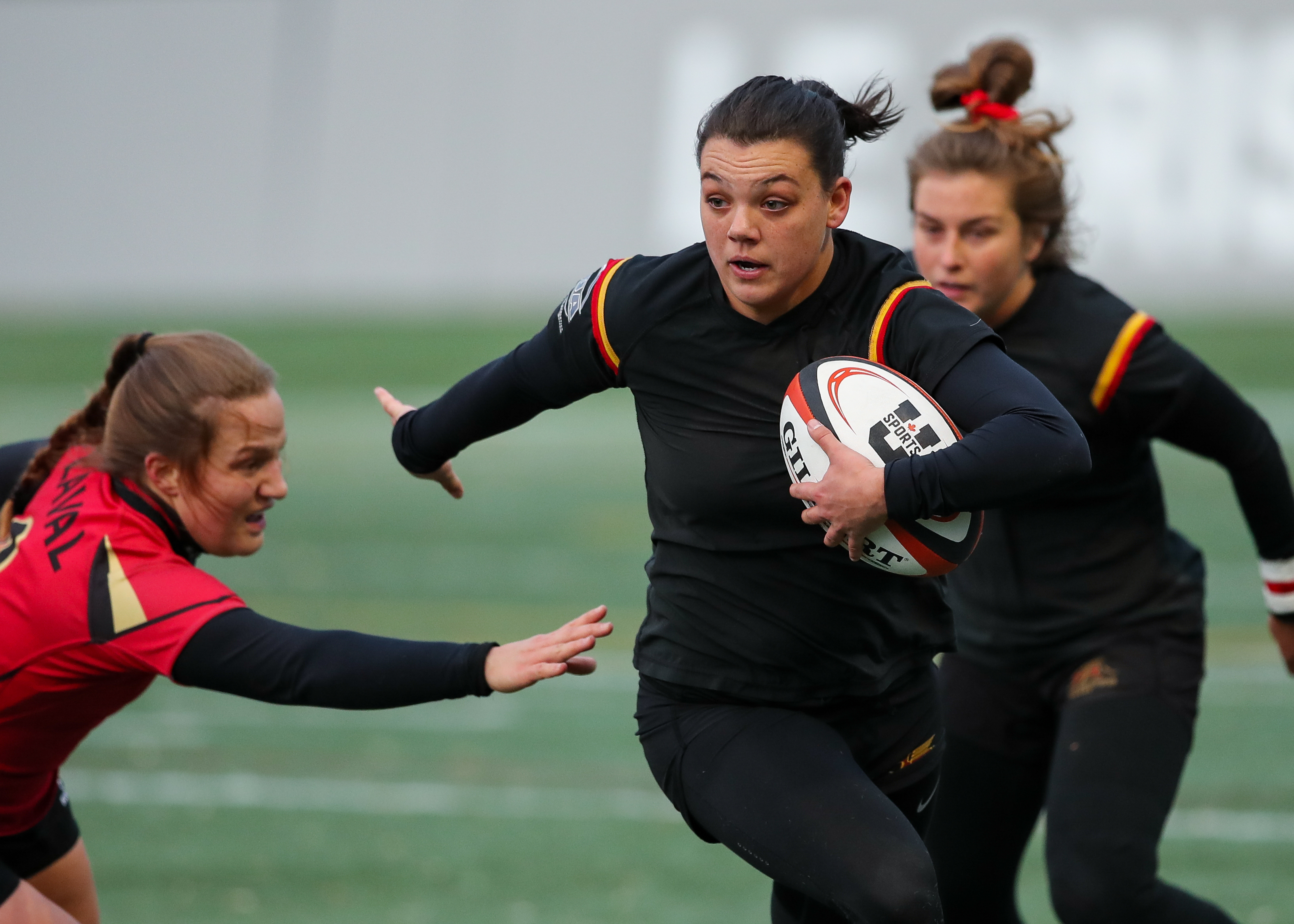 While there was no scoring through the remaining 20 minutes of the contest, it wasn’t due to a lack of effort. Both sides rolled waves of attacks up the field, but the defenders on either side remained stoic as they held formation and contained attacks from every direction.

With the lead firmly in hand Laval ultimately held on, and advanced to the gold medal game.

“It feels good, we’re here because we have one objective — to be first in this championship,” said Laval lock Andreanne Valois after the final whistle. “We’ve gotten one step closer, we’re on our way there.” 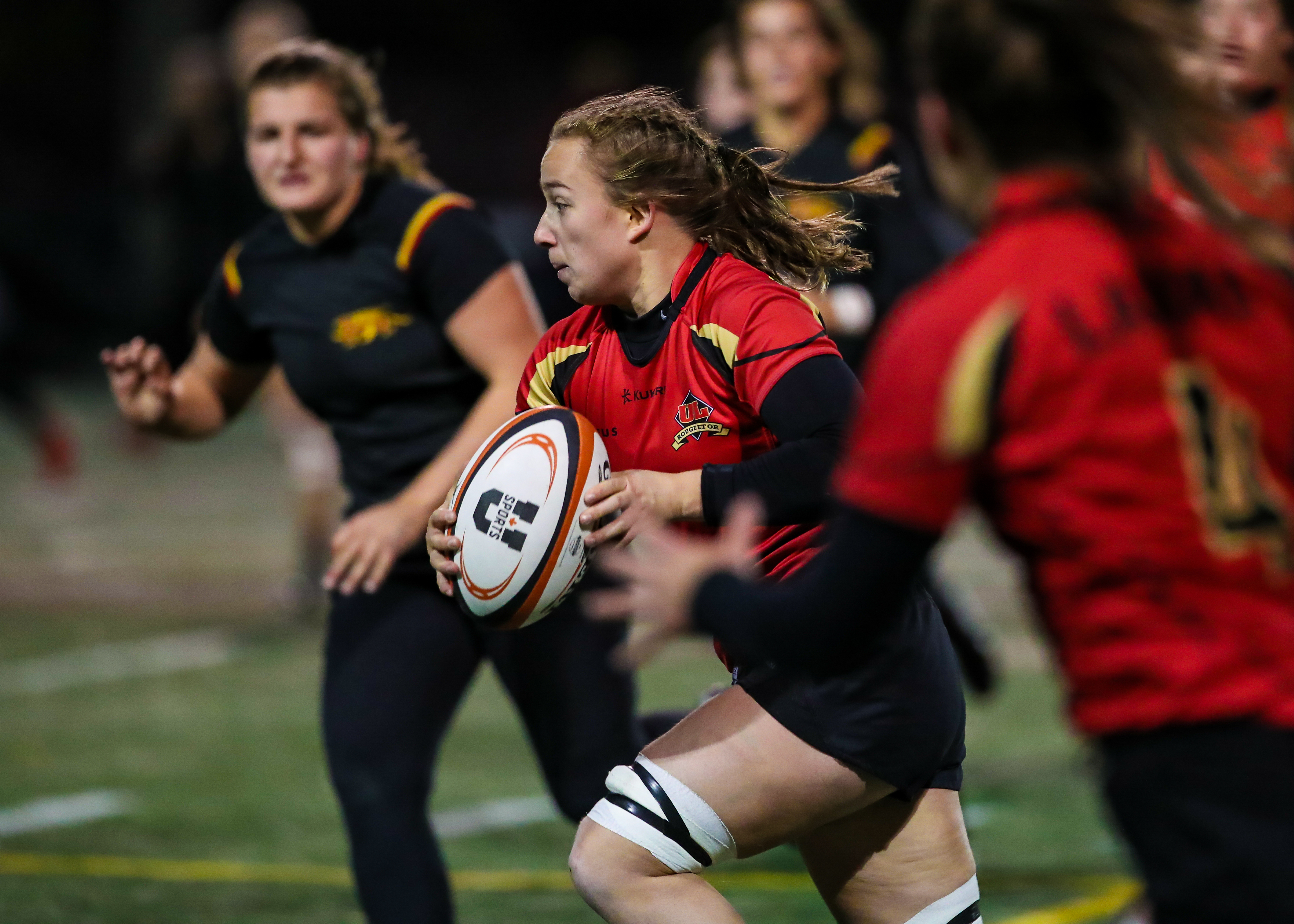 While the Gryphons hoped for a second consecutive trip to the national final, there are still positives to take away as they prepare to fight for bronze on Sunday.

“I was really impressed with the team’s discipline around the breakdown, we came up hard and as a unit. I was impressed with how much we pressured Laval, they have great continuity and great attacking and pace,” said Gryphons head coach Colette McAuley.

“I think the girls will learn a lot from that going forward, going into that bronze medal match. Really proud of how the girls played and the effort they showed throughout the game.”

Guelph will look to bounce back in the bronze medal game at 12:30 p.m. ET / 9:30 p.m. PT against the loser of the Ottawa/Queen’s semifinal later Friday night. 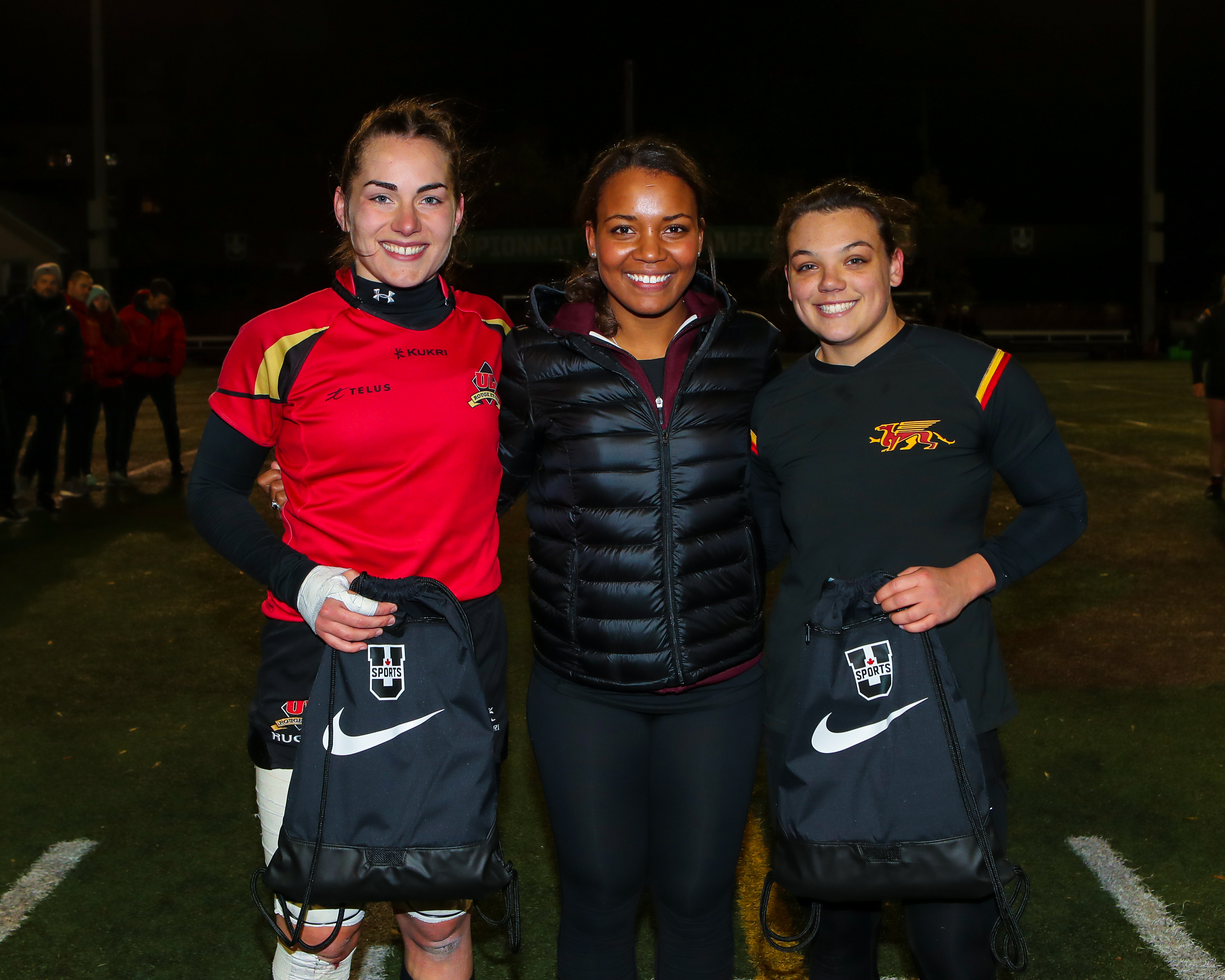