In the second semifinal at the U SPORTS Women’s Rugby Championship presented by the University of Ottawa, the Queen’s Gaels defeated the host Ottawa Gee-Gees 38-10 at Matt Anthony Field.

It was a chilly night in front of a raucous crowd supporting both the host Gee-Gees and the traveling contingent from Kingston, Ont. The wind had subsided from earlier in the day, with both teams much more comfortable putting the ball in the air.

The game started quickly, with both teams able to run into open space after getting through the initial line of defence only to get wrapped up in open field tackles. 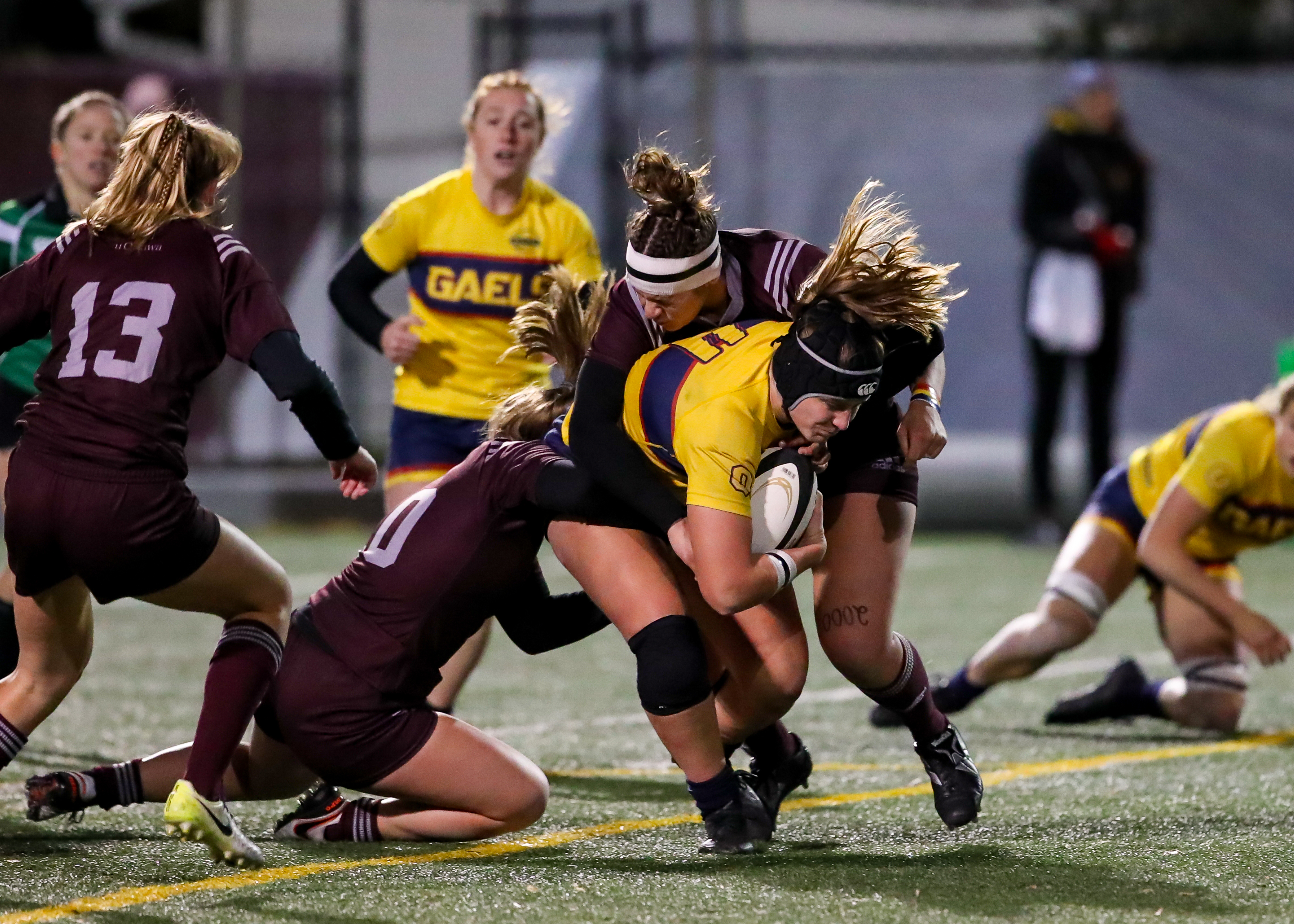 Queen’s opened the scoring 11 minutes into the first half after they were able to get numbers down the side, leaving Rachel Hickson all alone to score the try.

Within 10 minutes, the same scenario happened with Hickson again the beneficiary. OUA Player of the Year Sophie de Goede converted on both kicks to make the score 14-0.

The Gee-Gees battled their way deep into Gaels territory, where RSEQ Rookie of the Year Madison Grant took advantage of a Queen’s penalty to cut the score to 14-5.

Ottawa found some success in kicking the ball forwards to their wings, but it ended up costing them when a 50/50 ball kicked forward was scooped up by Queen’s and carried 85 yards the other way for a try by First Team All-Canadian Taylor Black. Then de Goede converted again to take a 21-5 Queen’s lead into halftime.

Early in the second half, Michaela Haley was given a yellow card, providing an advantage for Queen’s. However, it was the Gee-Gees who scored when Maya Montiel took the ball quickly off the ruck for the try.

The Gaels were able to respond quickly. First Team All-Canadian McKinley Hunt, U SPORTS Rookie of the Year Lizzie Gibson, and Second Team All-Canadian Carmen Izyk scored three quick tries in 10 minutes to put the game out of reach for the Gee-Gees.

The teams continued to battle, with both sides giving opportunities to younger players to experience a championship atmosphere. But the host Gee-Gees were unable to claw back as the game progressed, and ultimately fell to the Gaels. 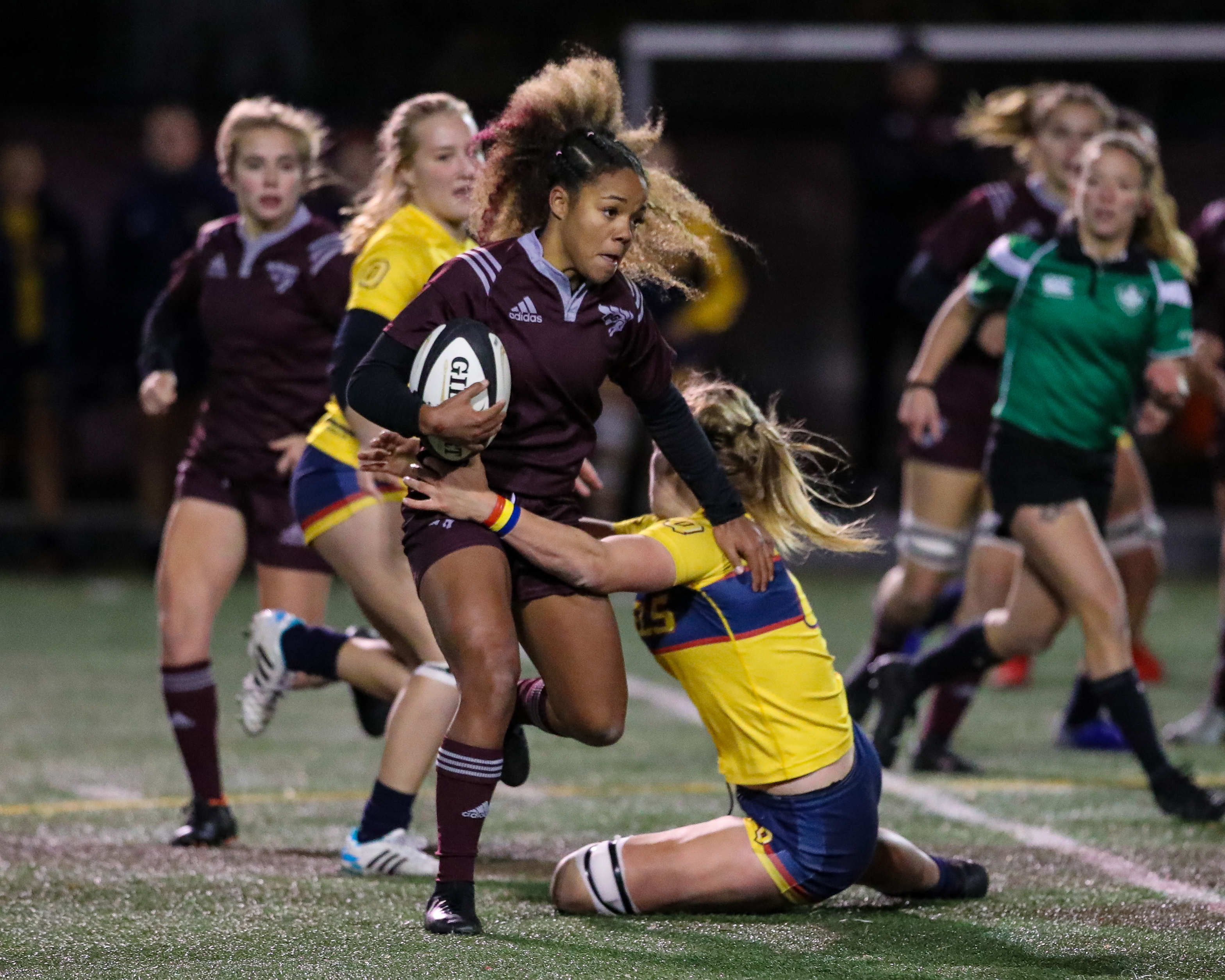 “This whole season, we’ve done a good job staying together. There’s 25 of us here, but one through 40, we’re training every day together, we have a really good unity within our team,” said de Goede. “Ottawa gave us a great match, and when the fight really got going tough, we did a good job coming together.

A national title on home turf is no longer in the cards for the host Gee-Gees, but the game on the big stage provided valuable experience for the youthful squad.

“Just got outplayed by a much better team tonight. Hats off to Queen’s, they were phenomenal, wish them all the best in the final,” said Gee-Gees head coach Jen Boyd.

The Gaels will look for their first U SPORTS Women’s Rugby Championship on Sunday against the Laval Rouge et Or at 3:30 p.m. ET / 12:30 p.m. PT

The Gee-Gees will look to medal at the U SPORTS Women’s Rugby Championship for the fifth consecutive season when they take on the Guelph Gryphons at 12:30 p.m. ET / 9:30 a.m. PT in the bronze medal game on Sunday. 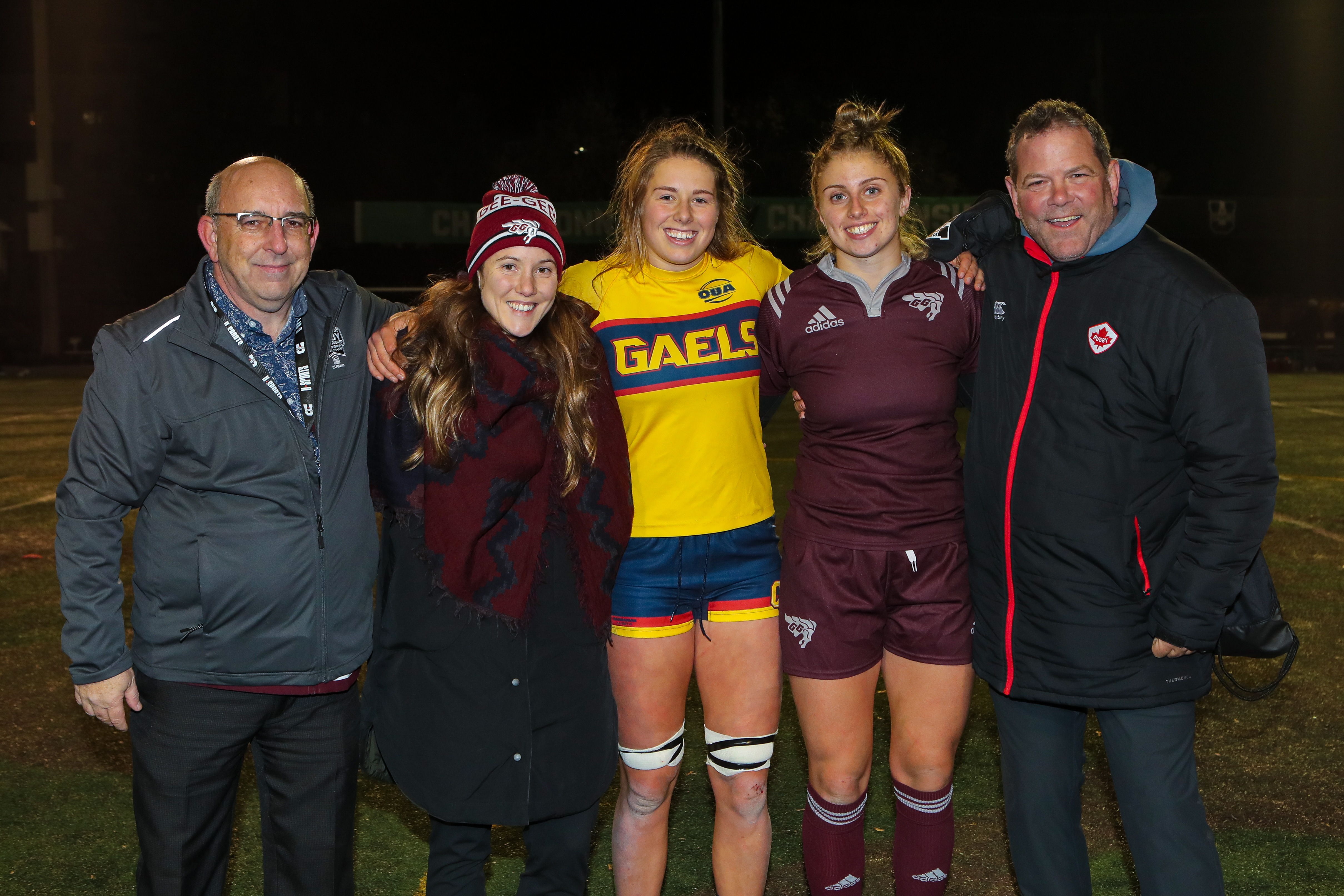