In an all-AUS matchup, the StFX X-Women emerged victorious over the Acadia Axewomen by a score of 52-27 in the U SPORTS consolation final at Matt Anthony Field.

Acadia’s offence wasted no time getting to work. A long run down the line by Annie Kennedy nearly resulted in a try just three minutes in, but a last resort tackle from Danielle Franada for the X-Women snuffed out the opportunity.

Acadia continued to pressure, once again handing the ball to Kennedy, who punched through the defence for the try. Kennedy’s convert attempt hit the uprights, resulting in an early 5-0 lead. 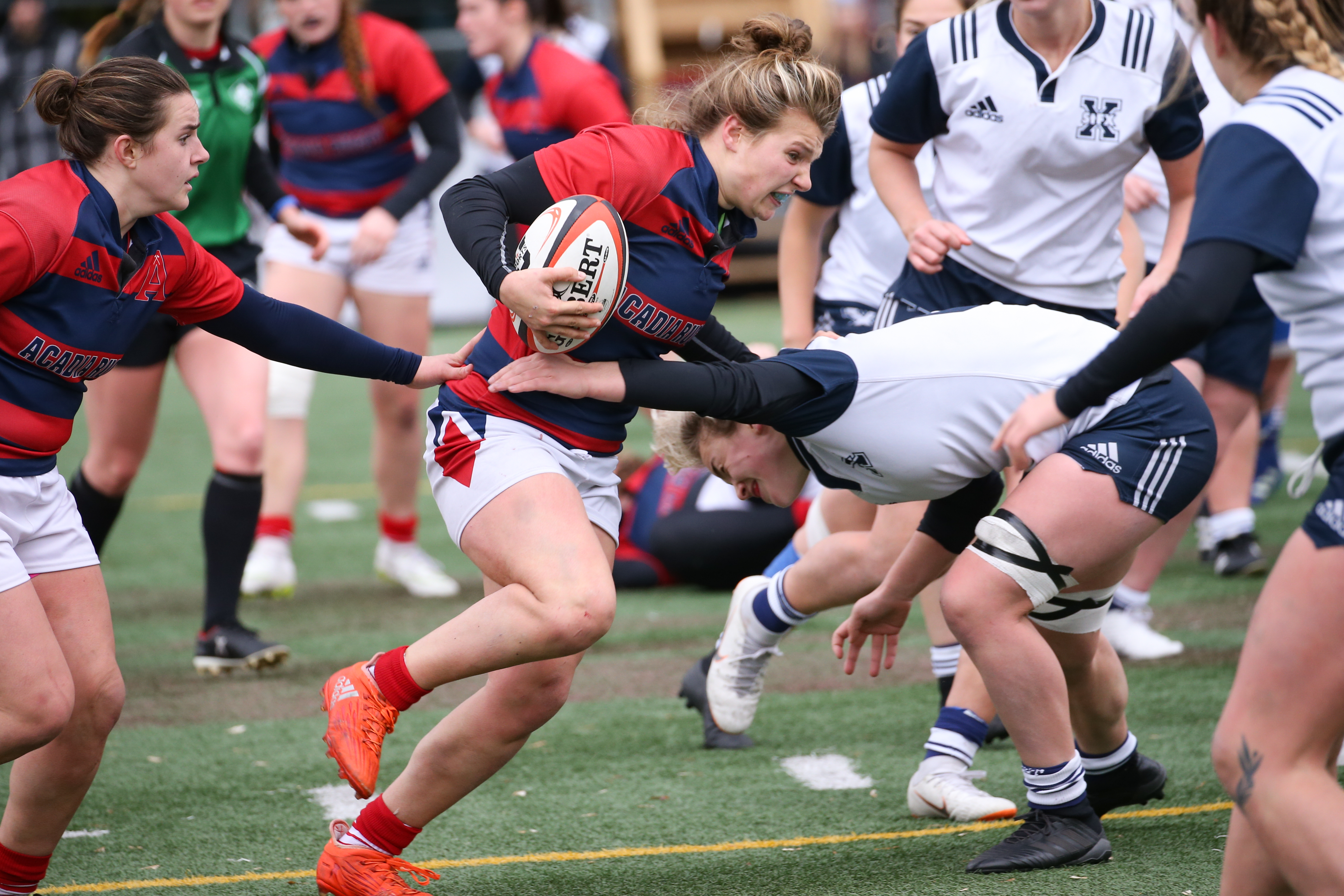 StFX responded in the eighth minute, using their strength and physical play to slowly work their way up the field. Sam Lake inched the ball forward through a crowd of players to score a try and tie the game. Franada’s convert attempt was good, resulting in a 7-5 lead.

In the 12th minute, Sophia Parker added to the X-Women’s lead. Following a scrum, the X-Women inched their way forward towards the try line, and Parker scooped the loose ball in time for the score. Another conversion from Frananda extended the lead to 14-5.

Just six minutes later, Taryn McLachlan responded for the Axewomen, diving across the line for the try. Acadia used their speed on the edges of the field to blow by StFX defenders. Another missed convert resulted in Acadia trailing 14-10.

As the first half progressed, Acadia restored their lead with Emilie Merilainen tallying a pair of tries in the span of nine minutes. Converts from difficult angles proved tough to make, as Acadia missed both, resulting in a 20-14 lead.

Anna Horner responded for the X-Women with a try in the 33rd minute. A missed convert left Acadia with the lead intact by a slim margin of 20-19 at the half.

The StFX offence came alive as the second half got underway. The X-Women capitalized in the 45th minute, with a jumbled crowd of players at the try line and eventually crossing over for the try.

Just four minutes later, Karleigh Walters polished off a series of rushes up the field to score her first try of the day. After trailing by a point at halftime, the X-Women found themselves up 31-20 just 10 minutes into the second half. 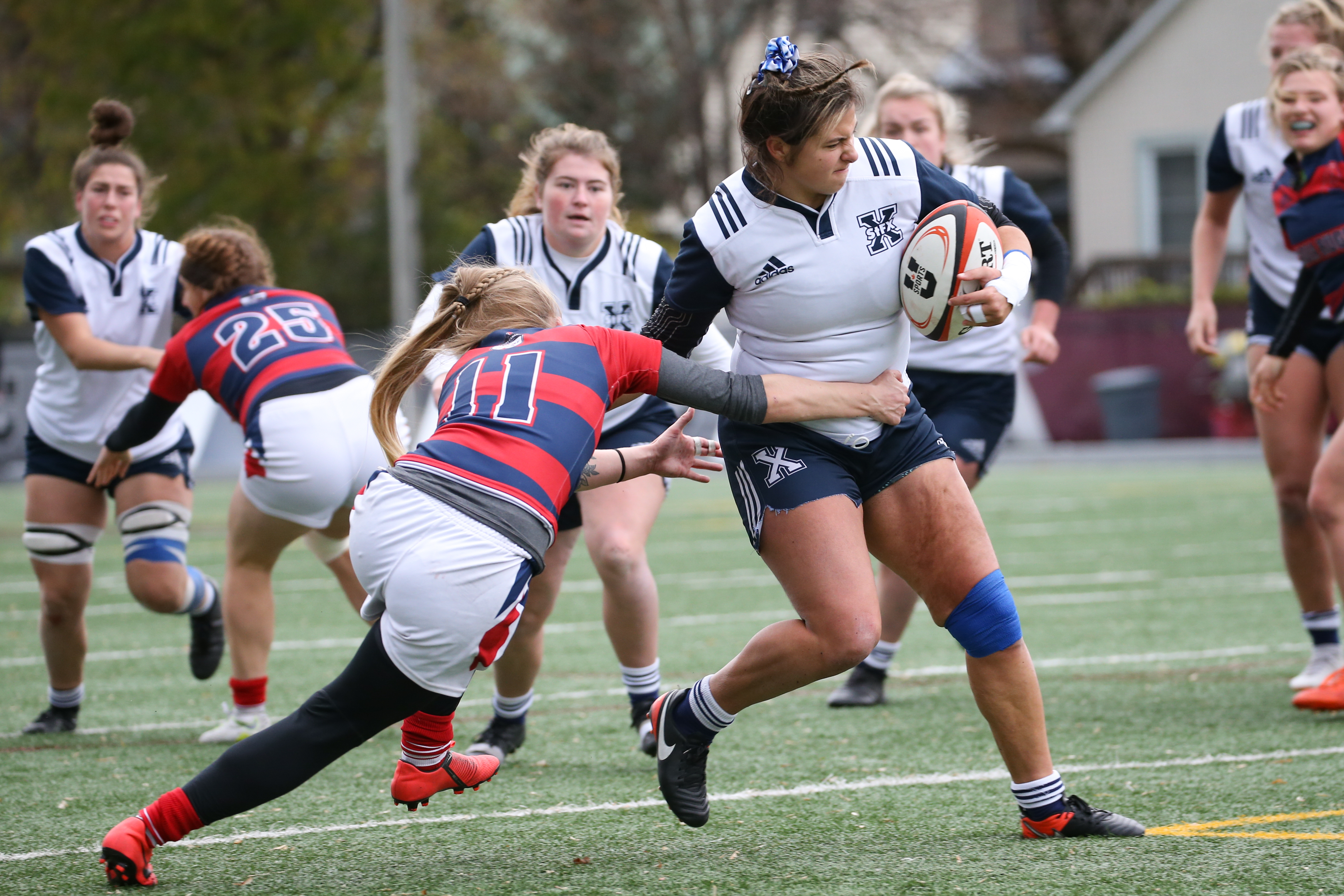 The back and forth play continued, with Acadia answering back just four minutes later to chew into the deficit. Emma Pfleiderer scored the try, while Kennedy made the convert to pull within four points.

StFX advanced the ball deep into Acadia territory, but the Axewomen defence held back the attackers as long as they could. The pressure eventually became too much to bear, with Sophia Parker breaking through in the 63rd minute for her second try of the day. A successful convert attempt restored the 11-point lead at 38-27.

The X-Women stretched the game out of reach in the 73rd minute, with Claudia Fulton clearing past the line of defenders to score the try. Another convert from Franada increased the lead to 45-27. One last try in the waning moments of the contest sealed it for the X-Women. 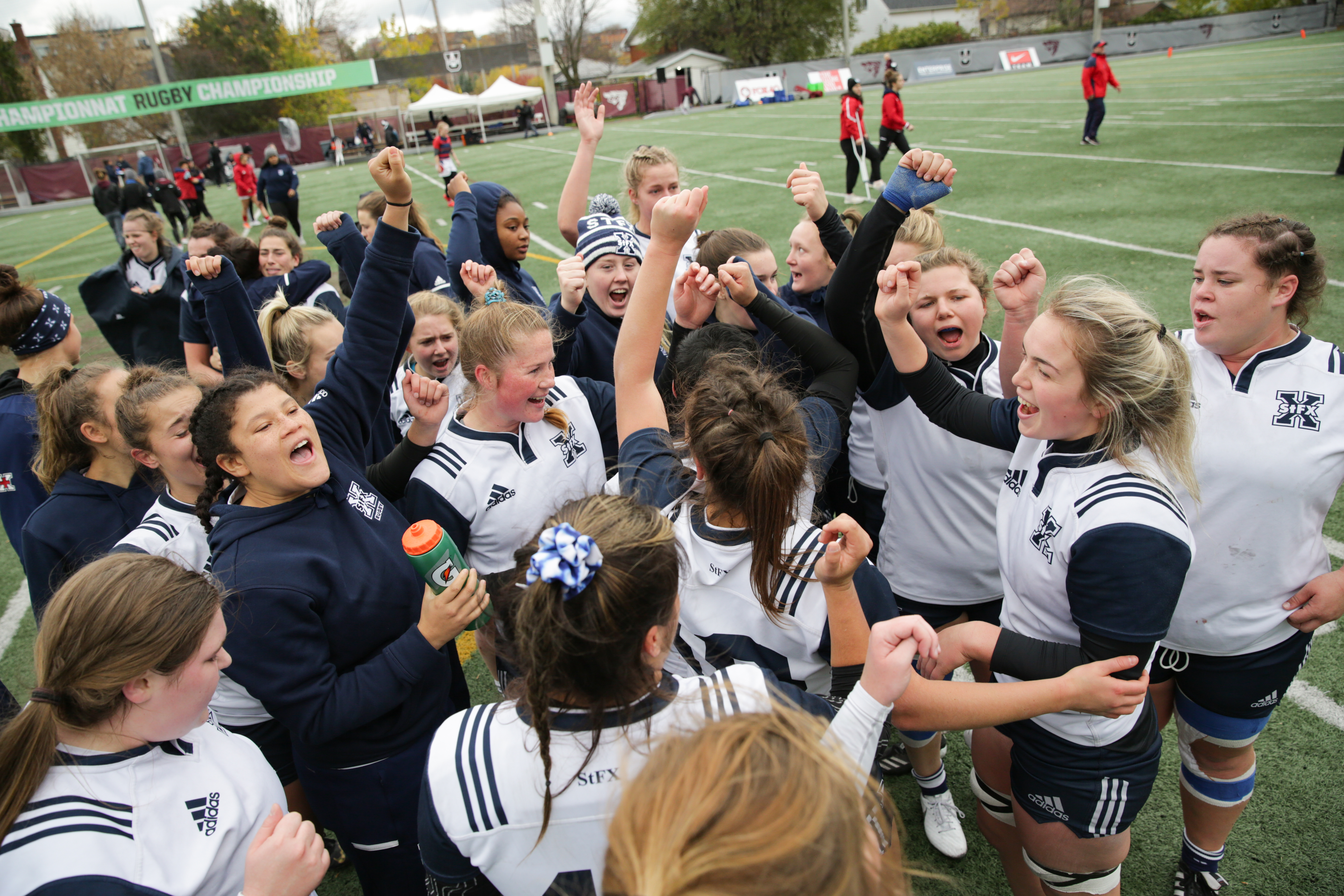 StFX head coach Mike Cavanagh said the team’s tackling was one of the factors that helped them secure the lead for good in the second half.

“We missed about 13 tackles in the first half,” Cavanagh explained. “Second half, we made our tackles, we got the ball, and we held onto it longer. We didn’t put ourselves under as much pressure. We were always a second half team the whole year, we had faith in ourselves that we could do it.” 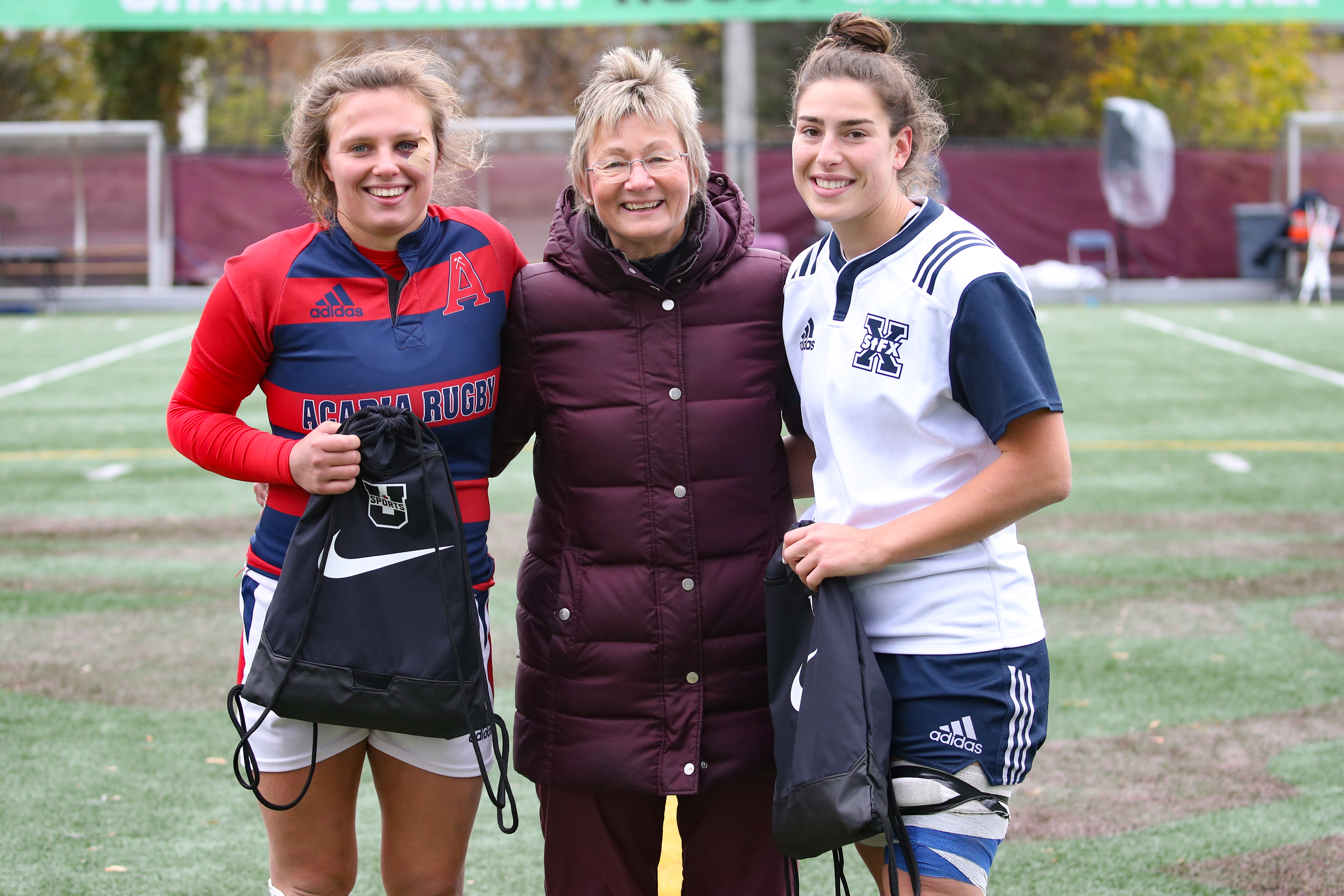 As the official Rugby Ball Supplier of U SPORTS, Gilbert Rugby Canada will provide match balls and other prizing to the 2019 U SPORTS Women’s Rugby Championship presented by the University of Ottawa from Oct. 30 - Nov. 3 at Matt Anthony Field.