KINGSTON, ONT.– Savannah Bauder struck for three tries, including the game-winner in the eighth minute as the UBC Thunderbirds upended the Acadia Axewomen 64-17 in the Consolation Semifinal game at the 2021 U SPORTS Women’s Rugby Championship on Friday at Nixon Field.

UBC started strong, with Mack Carson scoring in the first minute and cruised to a 50-5 lead heading into halftime.

UBC’s tries were scored by Bauder with three, Oliva Sarabura and Piper Logan with two each, and Mack Carson, Mia Bullock, and Florence Symonds with one apiece.

Taryn McLaughlin scored a pair of tries and Sara Grant added one in a losing cause for Acadia.

With this win, UBC advances to play Guelph on Sunday in the Consolation Final, while Acadia ends their season with an overall regular and post-season record of 6-5. 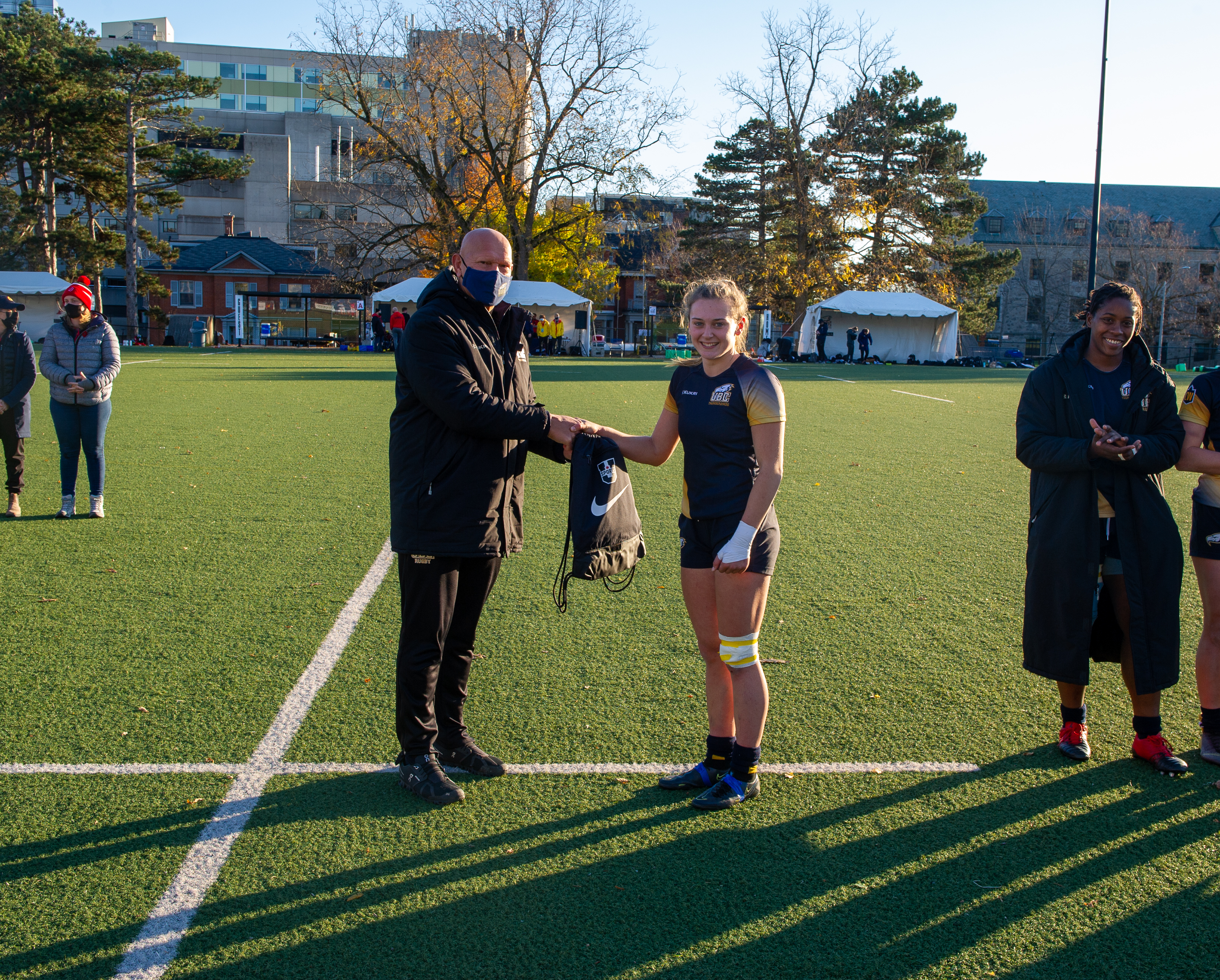