Two teams from opposite ends of the country met in the second quarter-final match of the day, with the Cape Breton Capers scoring twice in the second half to beat the Victoria Vikes 2-1, clinching a spot in the semifinals.

We started the first half a bit nervous and shaky 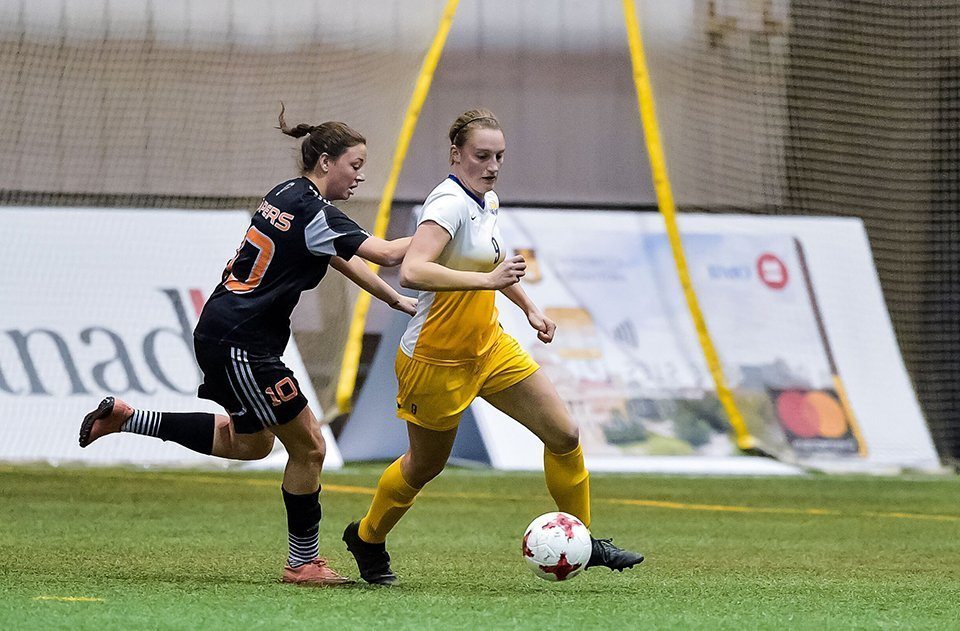 We were able to pick it up and carry that momentum into the second half.”

The No.4-ranked Capers and No.5-seeded Vikes would start off with a very even opening half. UVic goalkeeper Puck Louwes was solid for the Vikes, stopping all four shots she faced in the first half.

In the 50th minute, the Capers would finally break to the deadlock. Fatou Ndiaye would put the ball past Louwes, giving her team the 1-0 lead.  Cape Breton goalkeeper Lysianne Trottier kept her team in the lead, coming up with a big save off a Victoria corner kick.

Cape Breton would extend the lead to 2-0 in the 63rd minute after Disipio powered a shot low into the left corner of the Vikes net.  UVic would get on the board in the 85th when Victoria Wulff danced her way past a few defenders, before unloading a shot that beat Trottier low on the right side.

The Cape Breton defence held serve the rest of the way for the 2-1 victory. 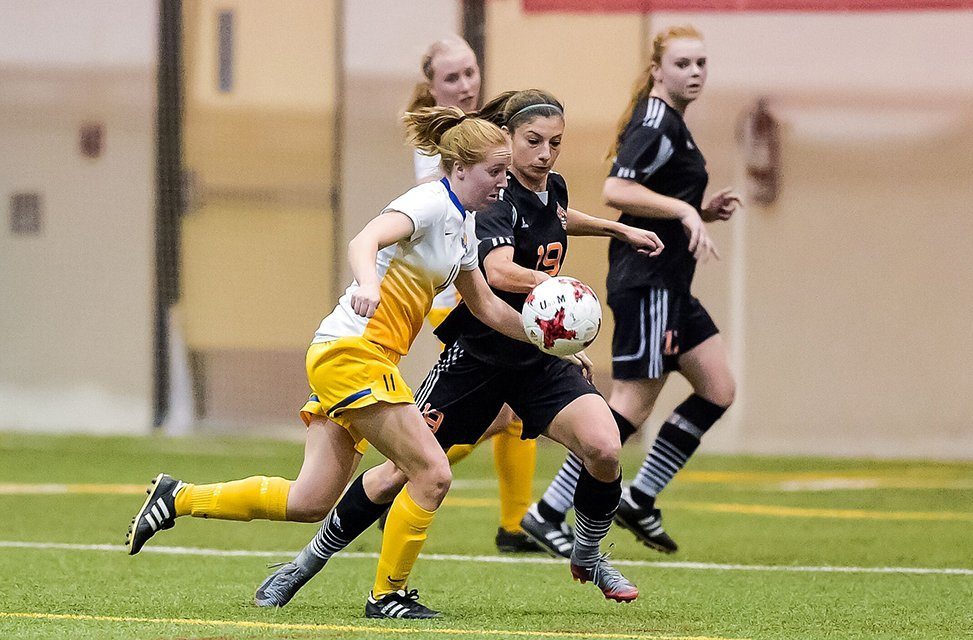