The reigning champion Laval Rouge et Or are the team to beat as the 2017 U SPORTS Women’s Soccer championship gets underway this week.

Laval, with a pair of U SPORTS titles in the last three seasons were drawn as the No.1 team for this year’s national tournament after spending the entire season in the pole position of the U SPORTS Top 10 rankings. The Rouge et Or will be looking to win their second straight Gladys Bean Memorial Trophy and third overall.

The 2017 U SPORTS Women’s Soccer Championship, hosted by the Manitoba Bisons, kicks off on Thursday at the Subway Soccer South Complex and concludes next Sunday with the gold-medal final at 4 p.m. ET / 1 p.m. PT. Live-streaming is available on USPORTS.LIVE. 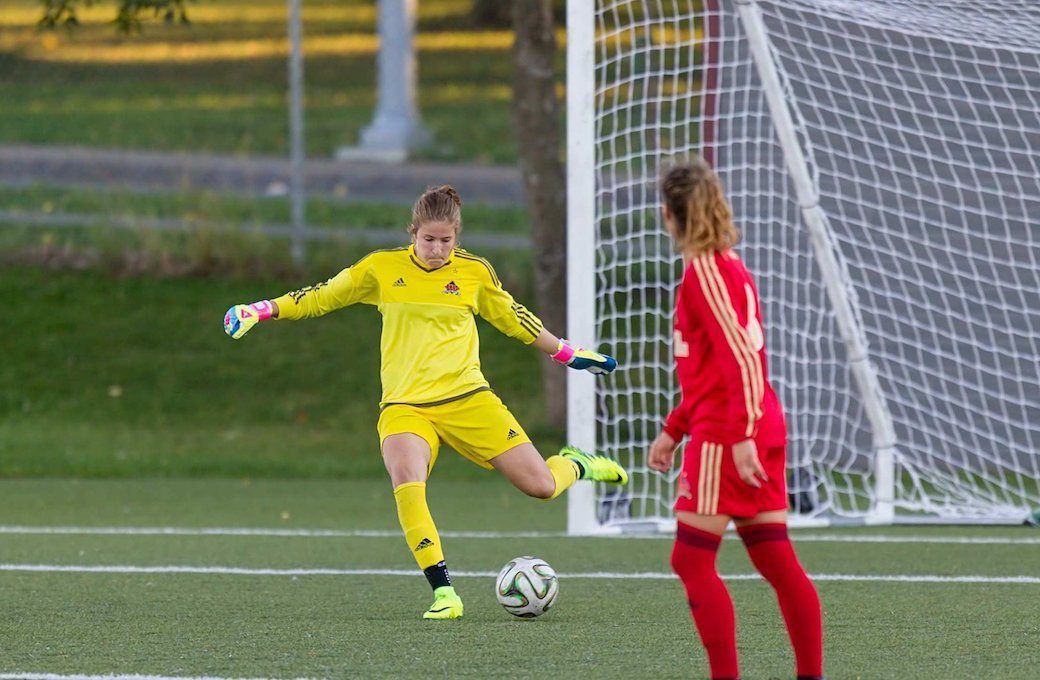 The Rouge et Or women's soccer team continued its domination in 2017, finishing with a record of 12 wins, no losses and two draws in 14 games. Despite the departure of the 2016 Player of the Year and BLG Award-winner Arielle Roy-Petitclerc, Laval finished first in the RSEQ, with its third consecutive undefeated regular season. Head coach Helder Duarte's team has now played 54 regular season games in a row without defeat. The Rouge et Or come to Winnipeg as the reigning U SPORTS champion and will be attempting to win a third Gladys Bean Memorial Trophy in four years, following nationals titles in 2014 and last season. Laval, who also climbed on the national podium in 2015 with a bronze medal, just won its fourth consecutive RSEQ banner. 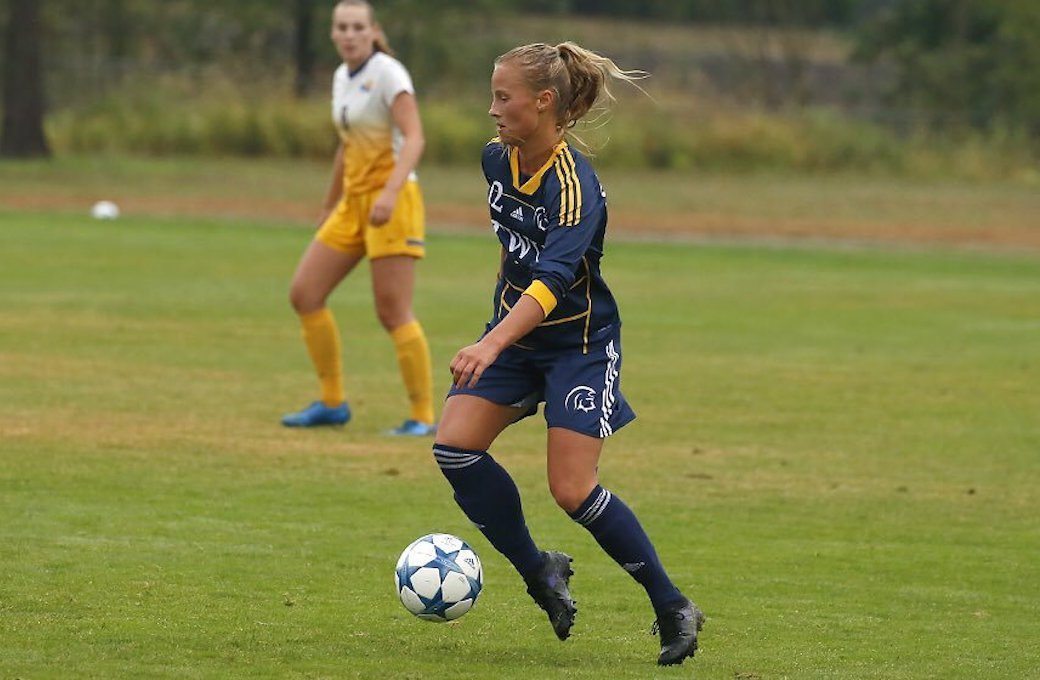 The Spartans put together an historic defensive season, as Trinity Western set the Canada West shutout streak record at 10 matches and 924 minutes. After dropping two of their first three games of the regular season, the Spartans reeled off nine consecutive wins to help secured first place in the Pacific Division. With Seina Kashima and Rachel Hutchinson leading the offence with 12 points apiece, the Spartans finished second in the conference with 36 goals in 14 games. The Spartans’ staunch defending, which was led by the likes of Brooklyn Tidder, Amy Gartke and Jenaya Robertson, saw TWU finish with just nine goals against during the regular season. Fifth-year goalie Christina Oliverio, who one of just two graduating players on this year’s roster, earned eight shutouts, which was good for third in the conference. 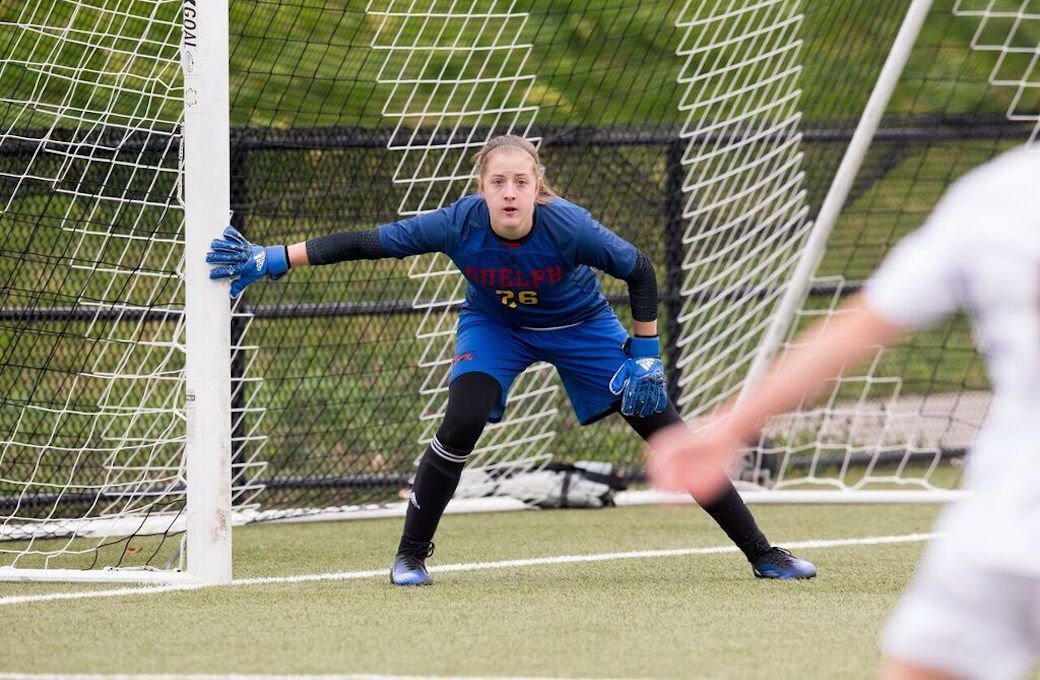 The Guelph Gryphons women’s soccer team had a good indication early on that they could have a memorable season. The team finished in second in the OUA West with a 10-4-2 record. The experienced side was senior heavy, with veterans Nicole Brown-Shaw, Andrea Cimino, Jacqueline Goulart, Sydney Holden, and Allison Clouse forming the core of a group familiar with the OUA wars. Head coach Shayne Campbell’s team is known for its defensive prowess and the Gryphons, with First Team OUA All-star goalkeeper Libby Brenneman commanding the back, were tough to break down. The fourth-year keeper had seven of the team’s nine clean sheets, playing behind a stout line of defenders and an energetic midfield.

Guelph experienced a bit of a scoring drought midway through the season but the reemergence of 2016 OUA West rookie of the year Victoria Hinchliffe solidified the Gryphons for the stretch run. Hinchliffe, who was heroic in a 5-0 quarter-final win over Laurier and again in the Final Four upset of UOIT (two goals in each match, including the PK winner against the Ridgebacks), developed into a complete player in her second year and began to heat up at the perfect time for a side in search of its first national title. 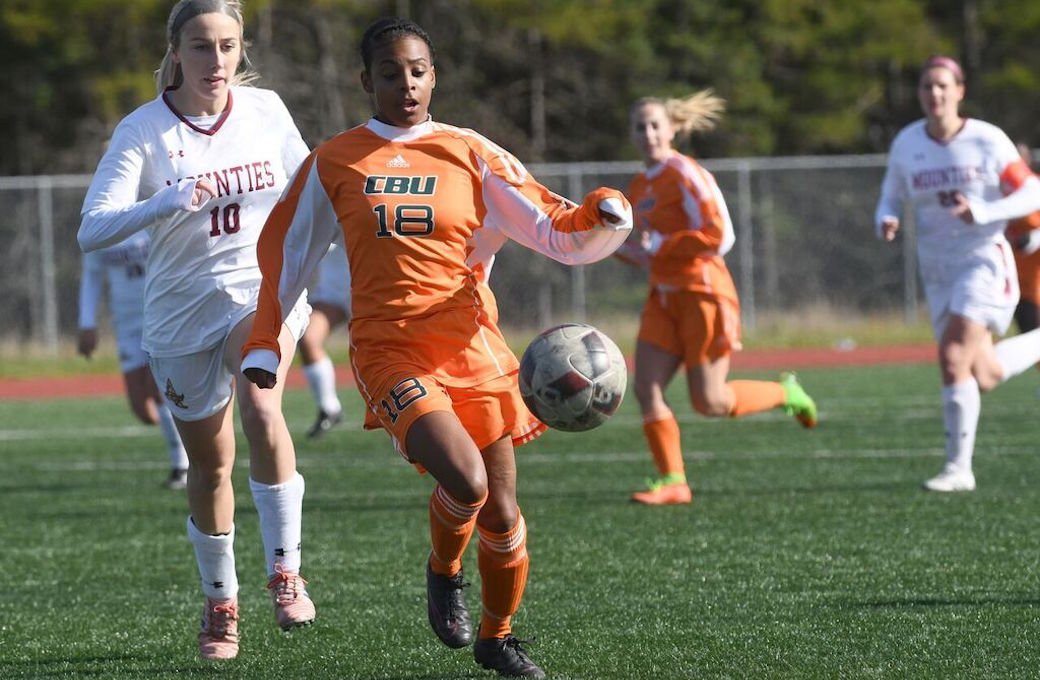 The Cape Breton Capers finished the 2017 season in first place in the AUS regular season standings with an unbeaten 11-0-1 record. The Capers are heading to the U SPORTS Championship in search of their second national title, after winning it all in 2007. Key players to watch on the Capers are midfielder Ciera DiSipio, forwards Keona Simmonds and Tamara Brown and defenders Robyn Novorolsky and Kennedy Curry. 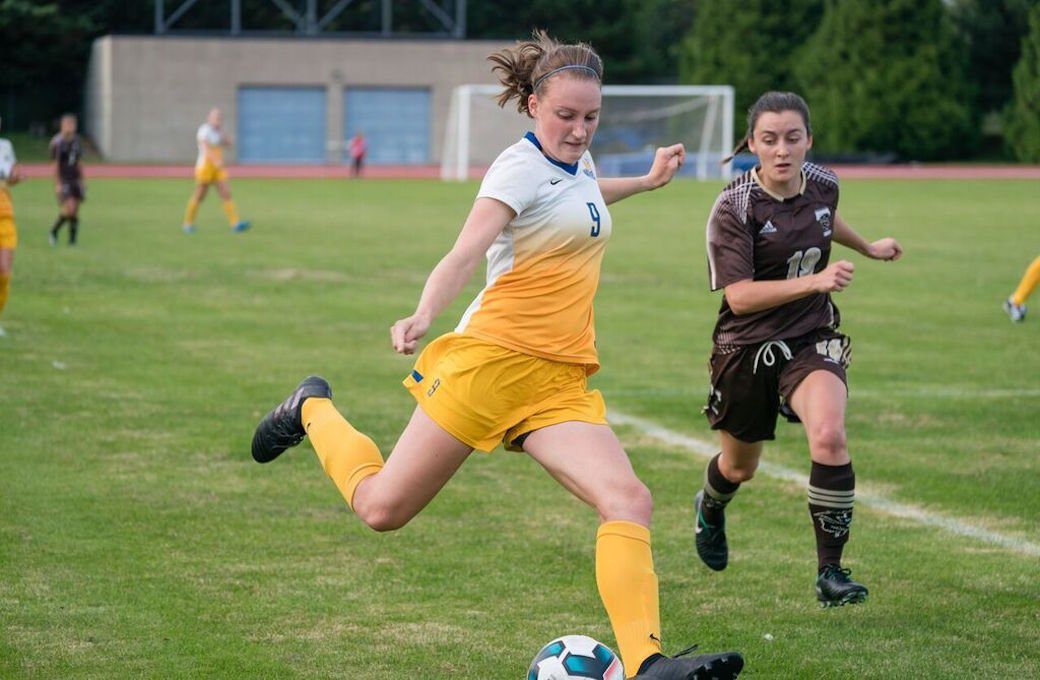 Central midfielder Emily Lieuwen has been at the centre of the Victoria Vikes women’s soccer success in 2017. The fourth year is competing in her last season and has started and played all but seven minutes of the regular season to finish with two goals and four assists. Co-captain Lieuwen’s two-way work-ethic is felt on both sides of the ball and will be key as the Vikes head into the U SPORTS Championship. 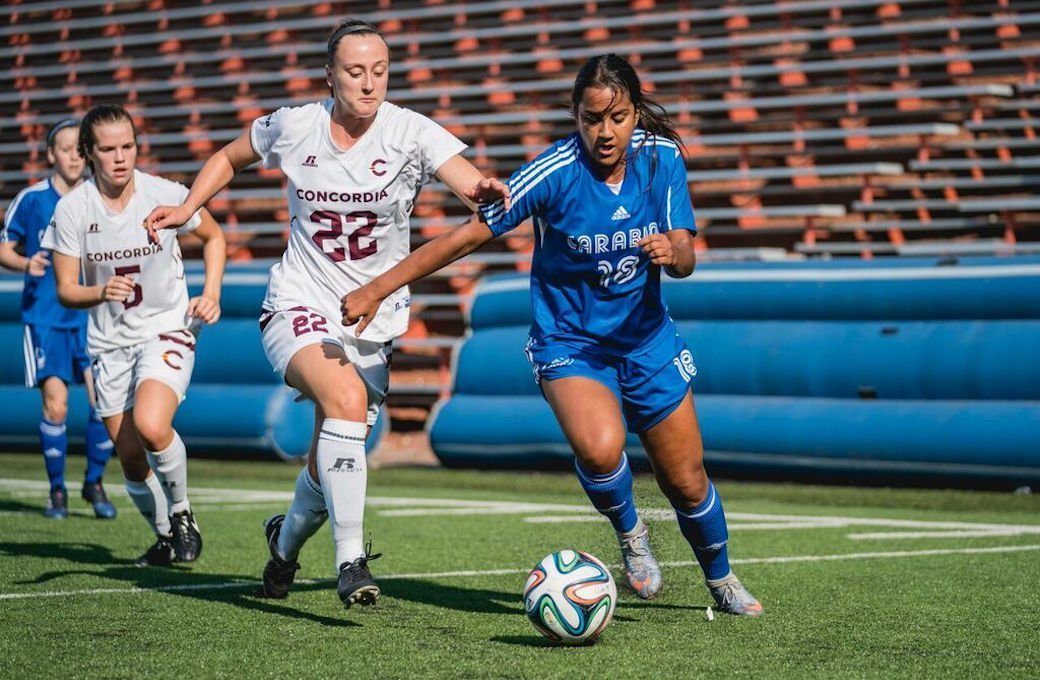 The Carabins started their season with a deceiving result, blowing a a 2-0 lead against the Sherbrooke Vert & Or to emerge with a draw. Motivated to do better, the players of head coach Kevin McConnell played strongly the next few weeks, winning nine of their next eleven games. With a strong and balanced offence, Montreal scored two or more goals in all but one of their 10 victories this year, and saw three or more different players score goals in five games. For the first time since 2011, the Carabins went undefeated: that season, they finished second in the national championship. 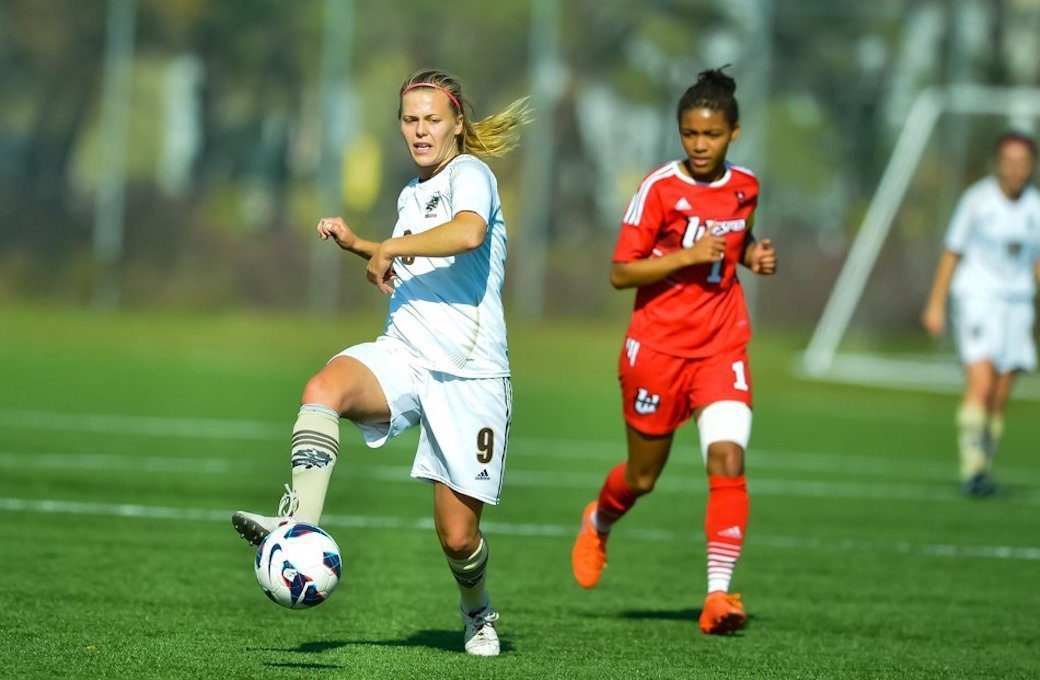 After a 4-7-3 regular season, the Bisons won their final match to advance into the postseason for a third consecutive campaign, where they pushed the defending conference champion UBC Thunderbirds, before falling 3-1.

The Bisons scored 16 goals and gave up 21 in 2017. They will be the underdog in their inaugural appearance at the U SPORTS championship but aim to surprise with the dual scoring threat of rookie midfielder Florin Wagner and sophomore midfielder Hailey Lavarias, who both scored seven goals this season. Second year Justina Jarmoszko was one of the top conference goalies, ranking second in saves and in the top 10 in both save percentage and shutouts in her first season with the Herd. 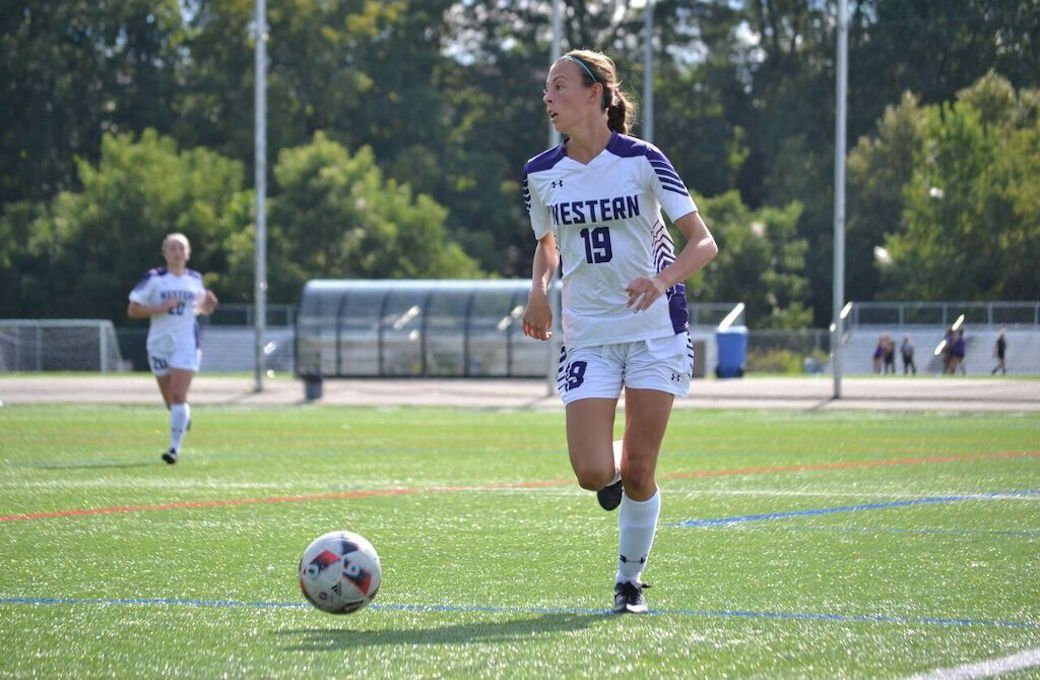 After dropping their second game of the season in a narrow 1-0 loss to the Guelph Gryphons, the Mustangs rattled off 14 undefeated games, finishing first in the OUA West. With a 14-1-1 record, the Mustangs have been a force this season, leading the OUA and tying for fifth in the nation in goals for with 36, and with only four goals against on the defensive end, the lowest in the conference. The team has consistently been ranked in the U SPORTS Top 10, and after their bronze medal last season, will be looking to make a statement at this year’s national championship. Boasting a young roster, the Mustangs rookies have led the way this season, with Giulia Geraci making a splash early in her varsity career.