A late goal in extra time from Megan Sauvé lifted the Montreal Carabins to a 1-0 win over the Guelph Gryphons and into the semifinals on Saturday of the 2017 U SPORTS Women’s Soccer Championship.

“They stayed pretty composed, which is hard when the chances start to multiply because it can affect your belief,” said Montreal head coach  Kevin McConnell. “But they kept pushing and believing, which got them that goal at the end.”

Guelph spent much of the game defending against the constant offence applied by the Carabins. 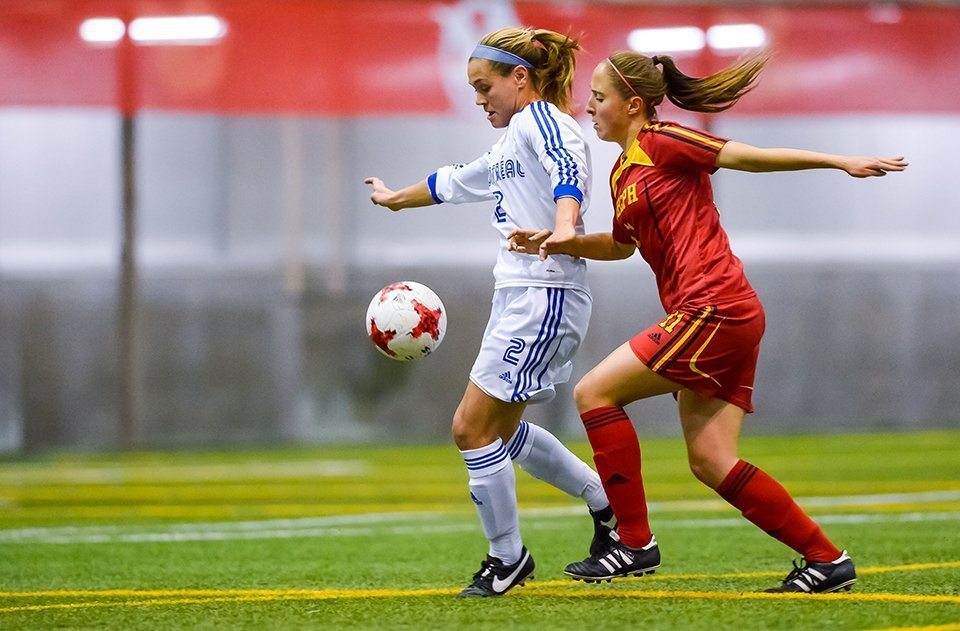 “We had to defend a lot and couldn’t seem to hold onto the ball much today,” said Guelph head coach Shayne Campbell.

The Carabins applied pressure early, getting their best chance in the 27th minute with Gryphons goalkeeper Elizabeth Brenneman scrambling, one of three shots she stopped in the frame. Montreal came out strong to start the second half with midfield Charlotte Boisclair hitting post in the 49th minute. Despite the Carabins’ dominant play, multiple fouls stalled their momentum, giving the Gryphons an opportunity to stay in the match.

The Carabins would have another glorious scoring chance in extra time when a free kick taken by defender Maude Leblanc was deflected behind Brenneman but kicked wide of the goal by Jessica Mercier. 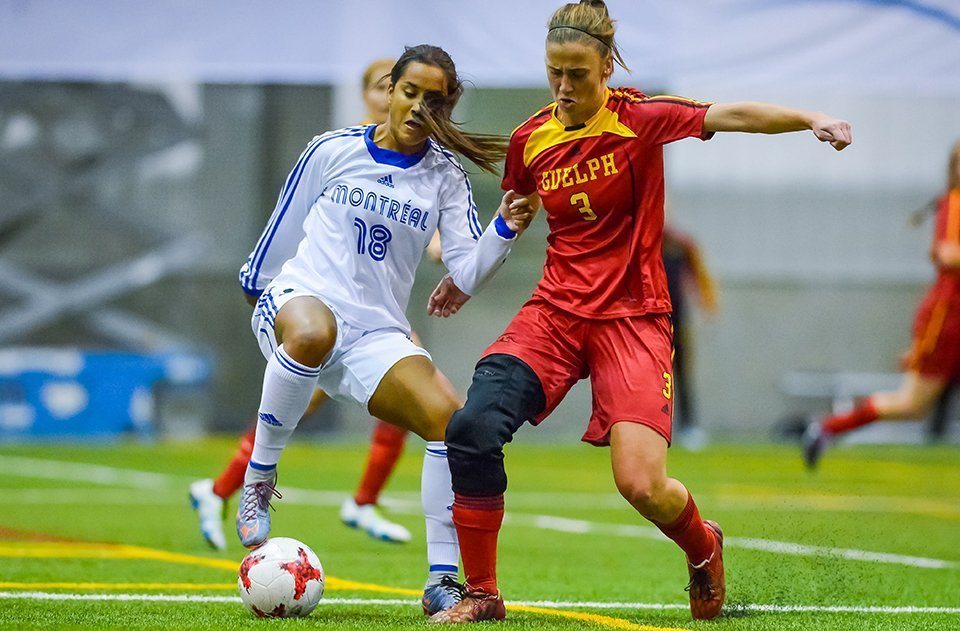 In the dying seconds of injury time, Montreal would hit the crossbar again, when forward Emmanuelle Alcindor couldn’t fire home a rebound while staring at an empty net.

Finally, in the 120th minute, Sauvé sprinted down the sideline and shot the ball past Brenneman to give the Carabins the 1-0 victory.

Player of the Match: